When described, Starman: Tale of Light sounds like a back-of-the-fag-packet pitch for an episode of Doctor Who that never got commissioned: a lone astronaut navigates the abandoned remains of a civilisation, still standing but just beginning to fall to ruin, and collects magical balls of light at each place. Except I enjoyed Starman more than any of Steven Moffat’s Christmas specials.

I’m the sort of annoying person who always tries to figure out the deeper meaning of whatever book/TV show/film/game/music I am consuming. This is particularly futile when you mostly listen to skate punk and mostly watch police procedurals (or anything by Steven Moffat). Starman feels like it definitely should have a deeper, poetical, metaphorical meaning – in between the levels the little astronaut throws the light they just collected into a campfire, and it turns into a blue butterfly that roosts in the trees around him – but it’s hard to pin anything down, and the whole thing is so quietly detailed and soothing that you silence any internal nitpicking. Why is the little astronaut at an abandoned theme park? Why does the theme park have physics puzzles? Shh. It doesn’t matter. 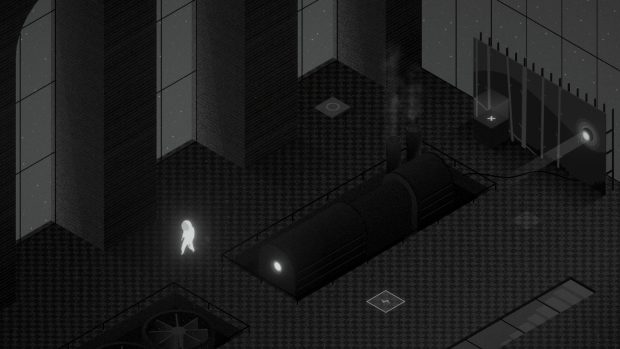 As well as the theme park, the little astronaut explores a space station, a cruise ship, and a museum, and more besides, all in shades of grey. They can’t jump, but they can pick up and drop boxes, and push buttons and pull levers that do different things. The goal for each chapter is to find and collect the light at the end of it, generally requiring you to solve a mixture of logic and physics puzzles. This box is a battery. If I put it on that pad there it will open this door. But that pad is down a ladder and I can’t carry boxes down ladders. Ah ha, this lever makes a lift move. Oh, it goes too far up. But we’re getting somewhere…

Starman gradually introduces the concepts you need to understand to solve its puzzles, and while they become vastly more difficult near the end of the game, they all make sense and you don’t feel cheated or that you had to cheese the game at any point. Likewise, the buildings, and the way they’re designed and used, usually make sense as well - albeit often in a strange or dreamlike way. It is not a surprise to learn that the developers of Starman, two brothers operating as Nada Studio, are also architects. 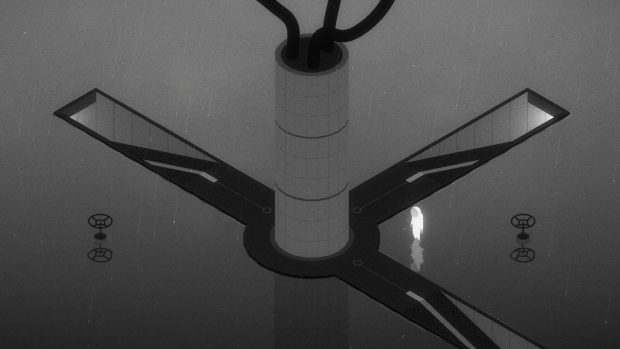 In the context of everything else being so carefully put together, the occasional inaccuracy when you’re clicking to tell the little astronaut where to go becomes frustrating. Sometimes they end up walking in fretful circles with whatever box they’re holding as you try and get them in the right position, like a confused delivery driver. I originally played Starman on iOS so I was expecting the added pin-pointery of a mouse help in that regard, but it was actually easier to control with my big stupid fingers.

Generally Starman has done well from the transition. On a bigger screen you notice even more of the details. Like, for example, the museum having a wall hanging in one room saying it’s a ‘museum of plants & things’. Starman isn’t big or brash, but sometimes you just need to sit quietly for a couple of hours and focus on something nice.