Your first goal in The Quiet Sleep is to wake up. You do this by connecting that goal to a willpower mine, which is itself linked to an energy spring via a train of thought. This is very confusing, especially if you're attempting to understand how this works while frazzled on a Friday afternoon.

That confusion isn't ideal in a game that deliberately hides its true nature. This exacerbates the way you're meant to feel overwhelmed, like you're struggling to hold your life together, because that's exactly what's happening to your character. That's sort of a neat idea, except in practice my hour with The Quiet Sleep has left me more exasperated than intrigued.

I like it in concept. You're in charge of someone's brain, controlling their behaviour by building on a grid of hexes. Energy and willpower soon start to fuel more advanced initiatives, like landing a job as a cleaner or going on a date. Dating generates anxiety, but you can prevent negative emotions from reaching your brain by building a painting station. You've got to keep that topped up with energy, and supplement it with other stress-relieving activities like walking or venting to your partner, if you've managed to earn one. The oversimplification of daily life carries some questionable implications.

That's not my main issue, though. Representing a life via hexes isn't so difficult that it shouldn't be attempted, and it's interesting to look at where this succeeds and where it fails. Alex Wiltshire has done that already, but I can't help but feel he was a little generous. 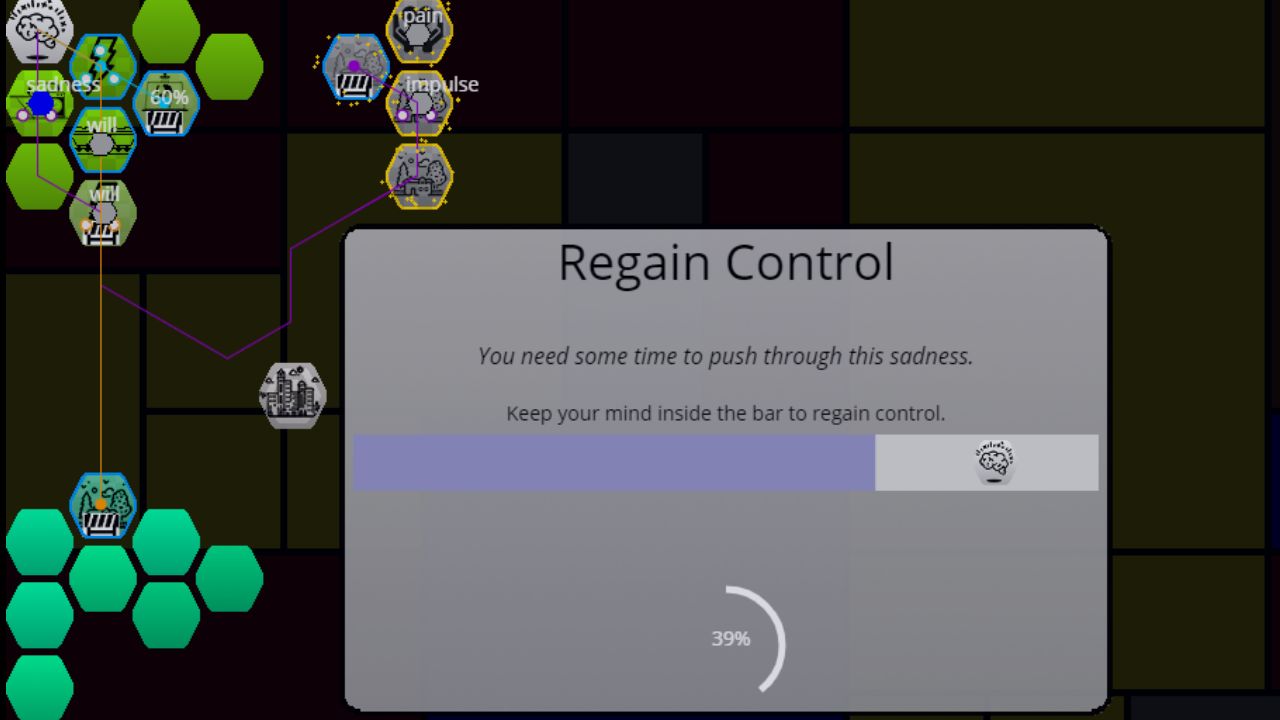 A lot depends on your willingness to let your brain fill in gaps. I struggled to reach through The Quiet Sleep's clunky interface and see the person I was running ragged, looping through the same cycle of rent and rejection. As broader and more sinister objectives appeared, I resented the laborious process of pumping the required resources in their direction. I spent my time either figuring out where I was supposed to build a certain resource, confused by the blend of tangible and abstract tasks, or continually rebuilding the internal infrastructure I'd already figured out I needed. Neither part was enjoyable.

Not every game has to be enjoyable. Negative emotions can be valuable, and to its credit, the fact that you can build negative emotion generators suggests The Quiet Sleep might recognise this, later down the line. I'm just not convinced that's thought-provoking enough. It's an experience that's worth being told about, but not putting yourself through. This is an unusually literal reflection of the way humans sometimes try to do too much at once and feel overwhelmed, but I haven't seen evidence it goes any deeper than that. I just find myself saying 'yep, that's a thing'. 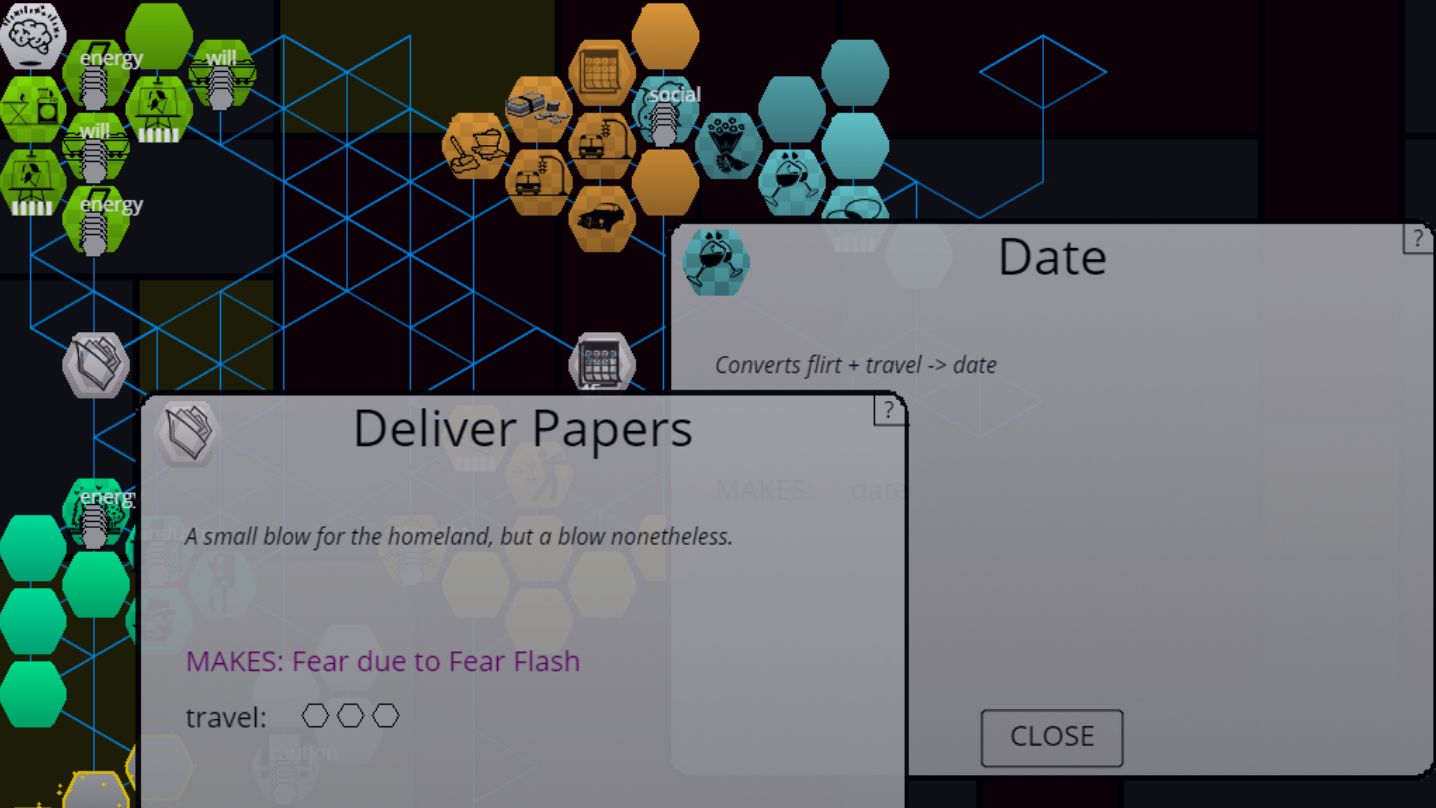 I might appreciate The Quiet Sleep more if it weren't for Cultist Simulator, which did this sort of thing but much better. There's drudgery there, too, but also mysteries to unpick that go beyond struggling with an un-intuitive interface. A collision between the mundane and the sinister is more ensnaring when it's written and presented well, rather than through the minimal and sometimes clunky sentences favoured here.