A lot of people have tried to argue over the years that it's simply impossible to collate the top ten selling games on Steam from the last week, and then write a small comment accompanying each, beneath a screenshot. But today, for the first time, we hope to prove those people wrong.

Where to start, where toooo sttaarrrrrrttttt. Well, I suppose I could begin by explaining a bit of the history of the Sword At Online series, which of course dates back all the way to the... oh wait, I don't have a word count on these! Next! 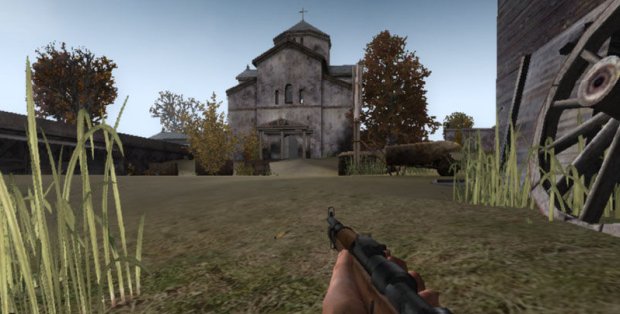 My plan is to be credited for things I've had nothing to do with nor even knew were ever going to exist long after I'm dead. Come the moment of my gruesome demise, should the rest of the world/universe survive, then I will insist that reviews keep getting published as if written by me. "John Walker's Wot I Think Of Force Commander 2". "John Walker's Review Of I'm Bored Of This Joke Now."

This comes a-stomping romping roaring back into the charts after a week at one-third of its regular price, and will charge back out again now it's back up to the eye-watering $60/£50 they somehow regularly charge.

And what are these new players in for? "Hours of tedium" according to our review! 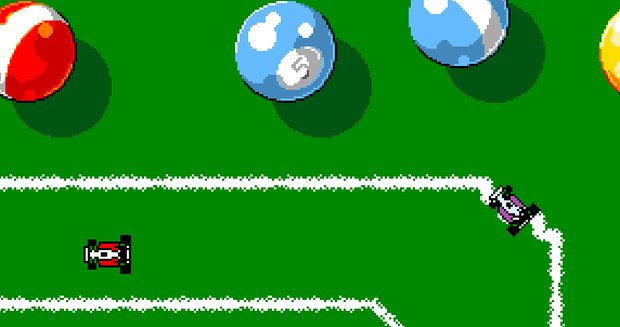 Here's my idea, and you can have it for free, developers. Everyone's jolly cross right now because Hunt's servers are in an old mess, and people can barely get access to a game. But goodness me, which was the last multiplayer game launch that wasn't like that? It's never happened.

People might suggest ideas like improving servers, server code, etc, but really, you think a company like Crytek wasn't trying that already? No, the answer is simple, and for it we must reach back to the Olden Days. To the Commodore 64.

Are you already with me? The good readers are. C64 games took a million hours to load from their cassette tapes, but some had the brilliant idea of a space invaders game you could play while the main game was loading! Invade-A-Load it was called. I'm just saying...

Okay, so here's the thing. Thanks to Trump's recent necrophiliac humping of the previously long-dead "violent games cause violence" debate, that unscientific tedium was wrung through the media once more last week. There is not a shred of credible evidence to show that game violence can cause a non-violent person to develop violent behaviour, and all previous press attempts to link a game to a mass shooting have been proven to be entirely fatuous, and often outright lies.

But do we want to take a risk that we're definitely right about this when it comes to ENCOURAGING PEOPLE TO BLOW UP ENTIRE PLANETS?

That's what the latest Stellaris update offers, and you know what, I've not heard a peep about this from the hypocritical press, and Donald Trumps hasn't even tweeted about it once.

A lot of people have been questioning the historical authenticity of Kingdom Come: Deliverance, after it was discovered that Smithy Probst of Smingsgard, an NPC who offers a quest relating to finding the location of a missing colour, has a bolt on his armour's breastplate that is 13 degrees rotated too far to the right for the era. Obviously the developers have apologised and offered complete refunds to anyone whose lives have been adversely affected, but I would like to point out that, once again, people are forgetting the possibilities of time travel.

Just because your history book says something is one way, who's to say that time travel won't be invented in 2228, and that a time traveller went back to the era to finally settle the debate over the ethnicity of the region. And even though she tried so carefully not to change anything, still accidentally distracted an armourologist during his construction of a chest plate?

Except that doesn't make any sense at all, because if you bothered to think about it just a little bit more, you'd realise that were she to have done this, the version of events she created would be the historically recognised record that we experience today. And as such, the game's incorrect inclusion would not be reflective of the time traveller's antics, and thus is stupid and wrong.

And let's say it's for that reason that you shouldn't give this game your money.

There's a faint pressure in choosing a song each week, wanting not to appear too uncool and the like. So with that in mind, here is the song I listen to the most often every time I drive my son anywhere, and don't mind one bit, and we do the drums until we nearly crash.