Today is the second day of EGX, the London games show run by our corporate siblings. Most of the RPS gang have absconded to the Big Smoke to play games, host sessions, and loiter in pubs. Emphasis on the loitering in pubs - the RPS Mixer is tonight, with free drinks tokens being handed out. Those of us not at the show can live vicariously through these missives they're sending me (as well as watching sessions on YouTube and seeing snaps on Instagram). Alright, my phone's blowing up, let's see what they have to say.

(Psst I add new messages to the top here as they come in.)

Today went very quickly. We played a shooty game with some randos. We did not win. The ceremonial stripping of our staff wristbands will commence as soon as they realise we're out of ammunition and storm the office. Remember us.
EGX has been defeated. I am going to the mixer with rps, where I work. This has been a weird year. Thanks for surviving it with us, readers! EGX is okay!

A crowd has appeared to watch Dave play Cat Out Of The Casket. Ghost catte.

Calling it now: the best game at EGX is Telling Dave You'll Only Be A Few Minutes. He's so patient. But when will he crack? Comedy and tension weave an intricate tapestry in this subtly brutal survival horror.

My feet hurt. My ears hurt. My throat hurts. Someone please tell all these nice people to go home, I've had enough of my birthday party and want to go to bed.

Alice O Cheeky half in the pub then off to bed, eh?

Graham: You joke but I have to get the train home and then get up in the morning to do more of the show. I will have... Two pints. Maybe three.
A cheeky two pints.
Four halves.

Alice O: Everyone who insists they buy you a drink can get you one shot glass of Stella.

Graham: No one will insist this. I will stand by the door shaking hands and it will never happen. 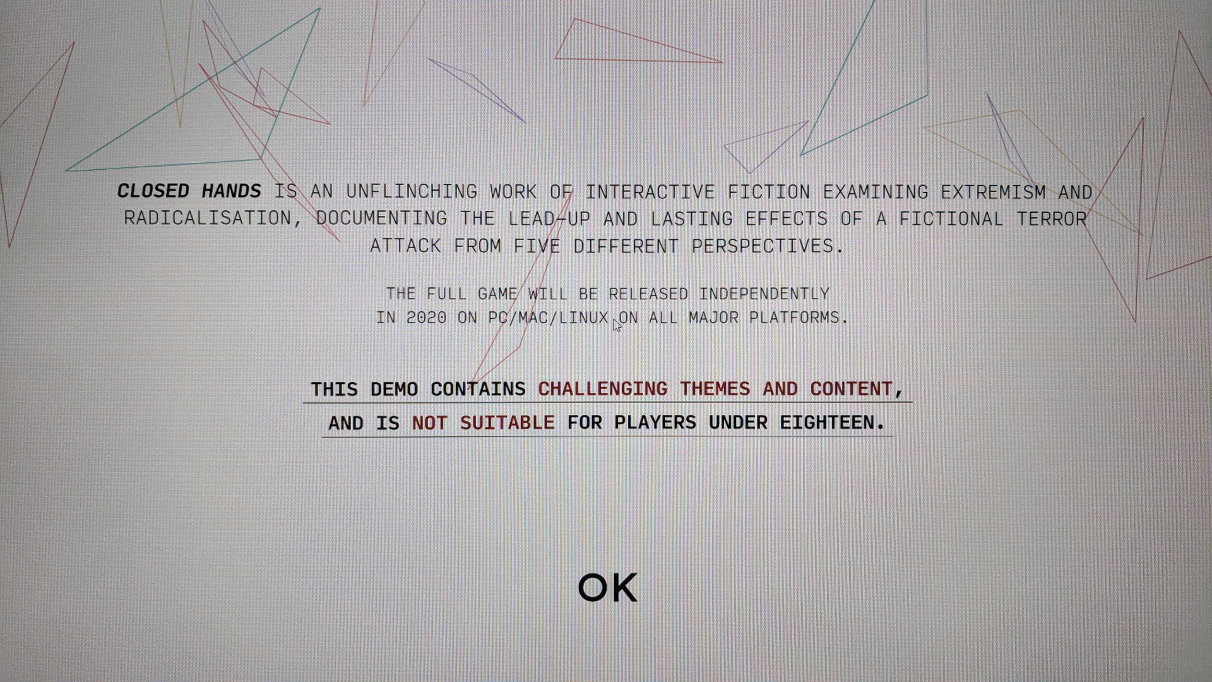 At vidbud Matthew’s Q&A with Jon McKellan. The Making Of Observation. Well up for this one. 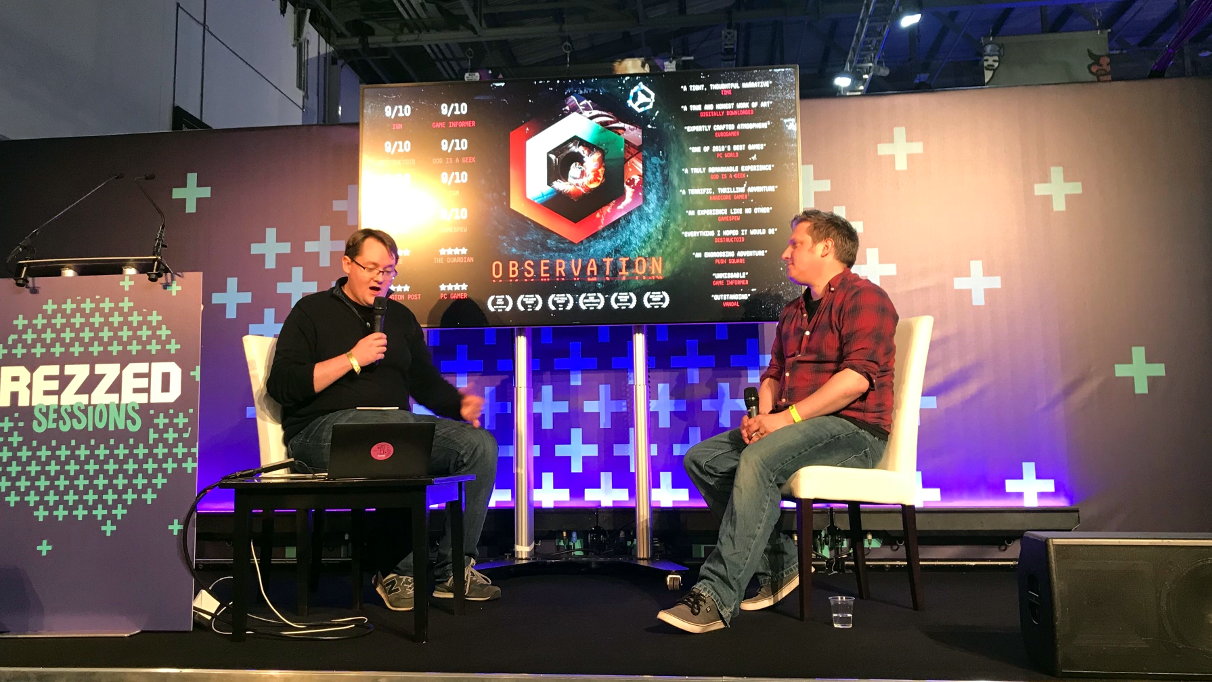 Bought an RPS tee, with my own actual money. The lady on the till said I am the first staff member she has seen buy anything whatsoever 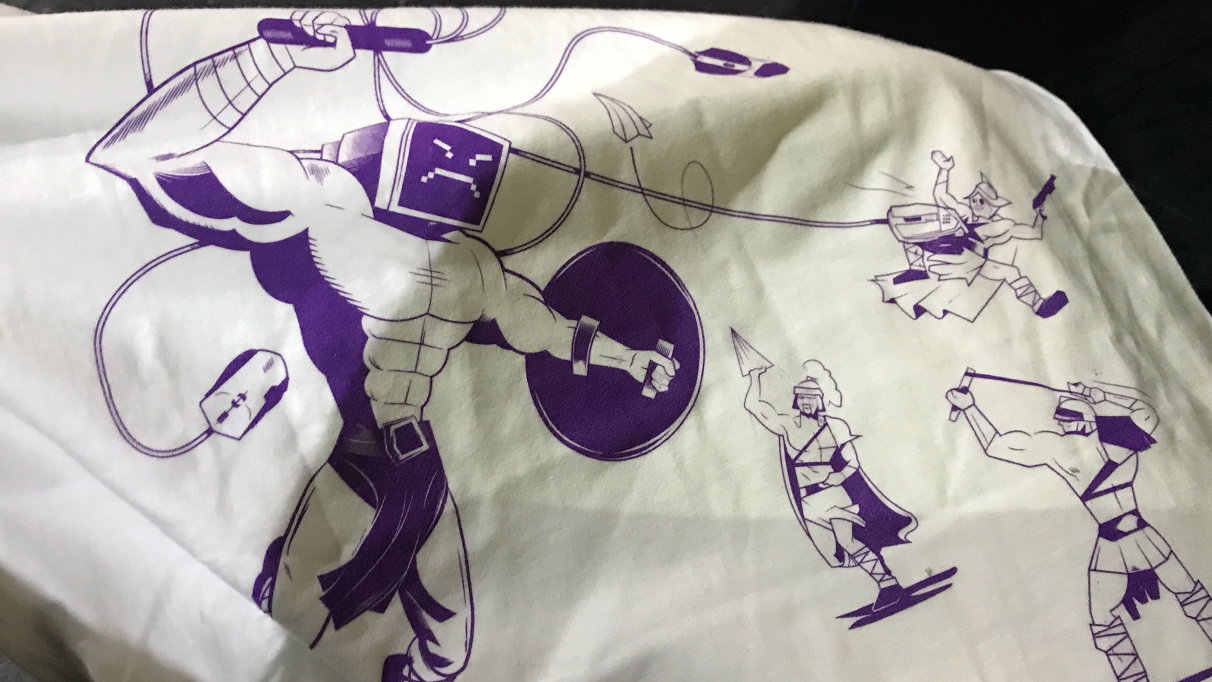 I have sourced an expensive burrito. The filling ratio is upsetting. Also all the nacho cheese is stuck to the lid they put on my nachos 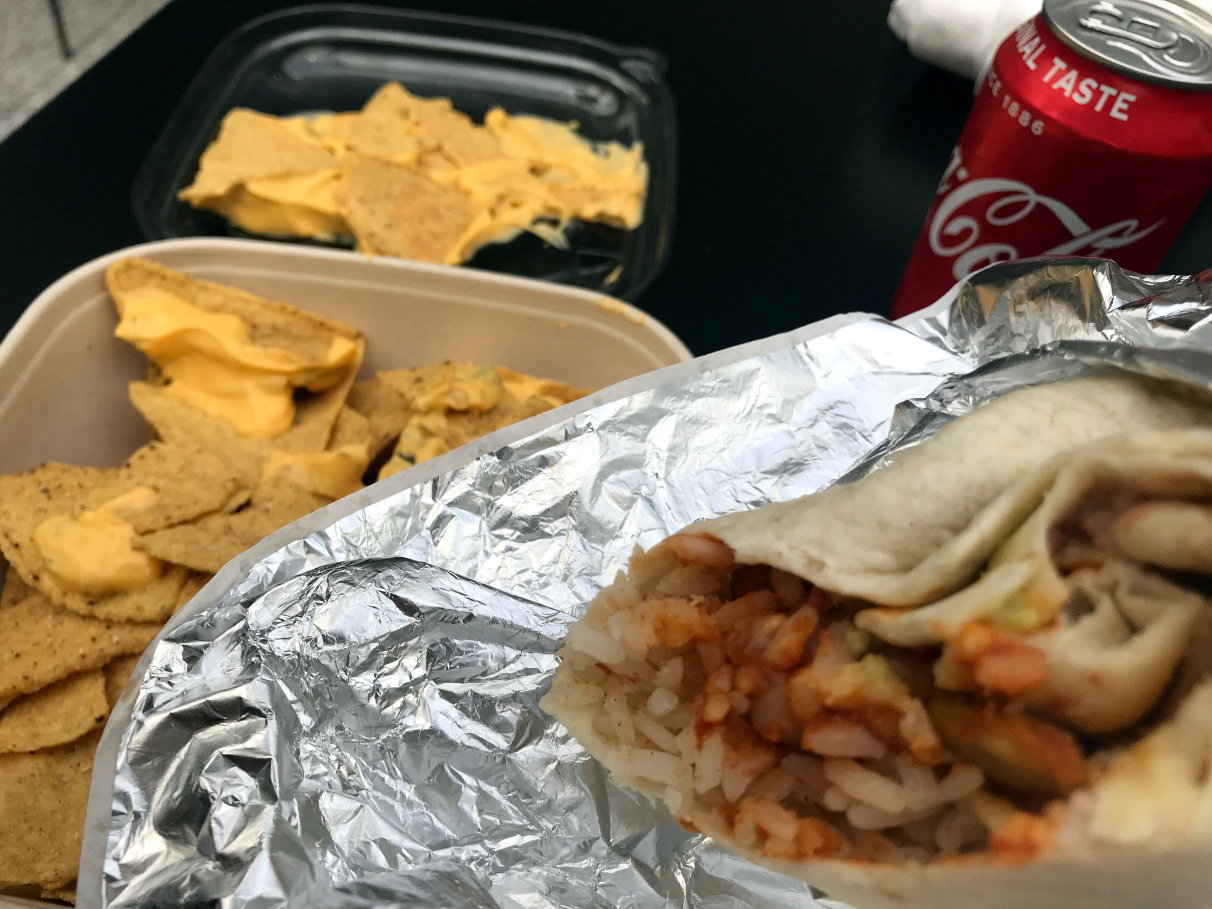 One of the hosts/devs stepped in to tell me not to go that way or I'd die. I looked him in the eye and pressed the sprint button. The Leftfield games are pretty good though.

The person in the Goku suit looked at me, instantly absorbing my soul. I have experienced horror. 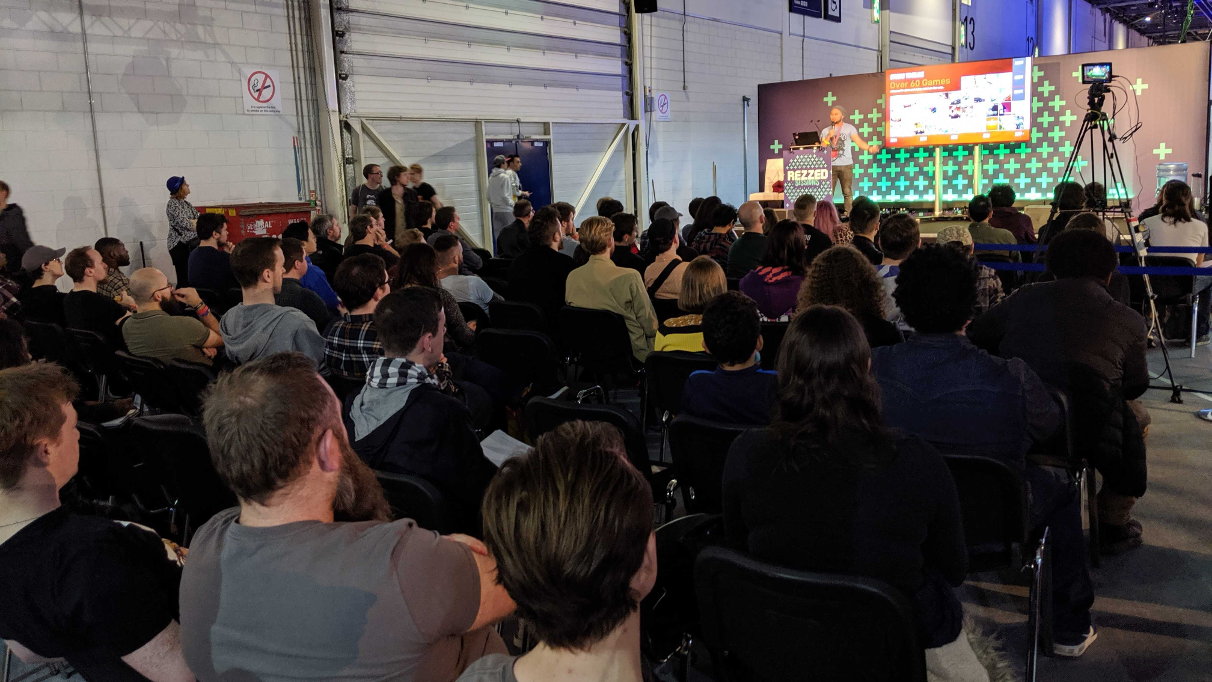 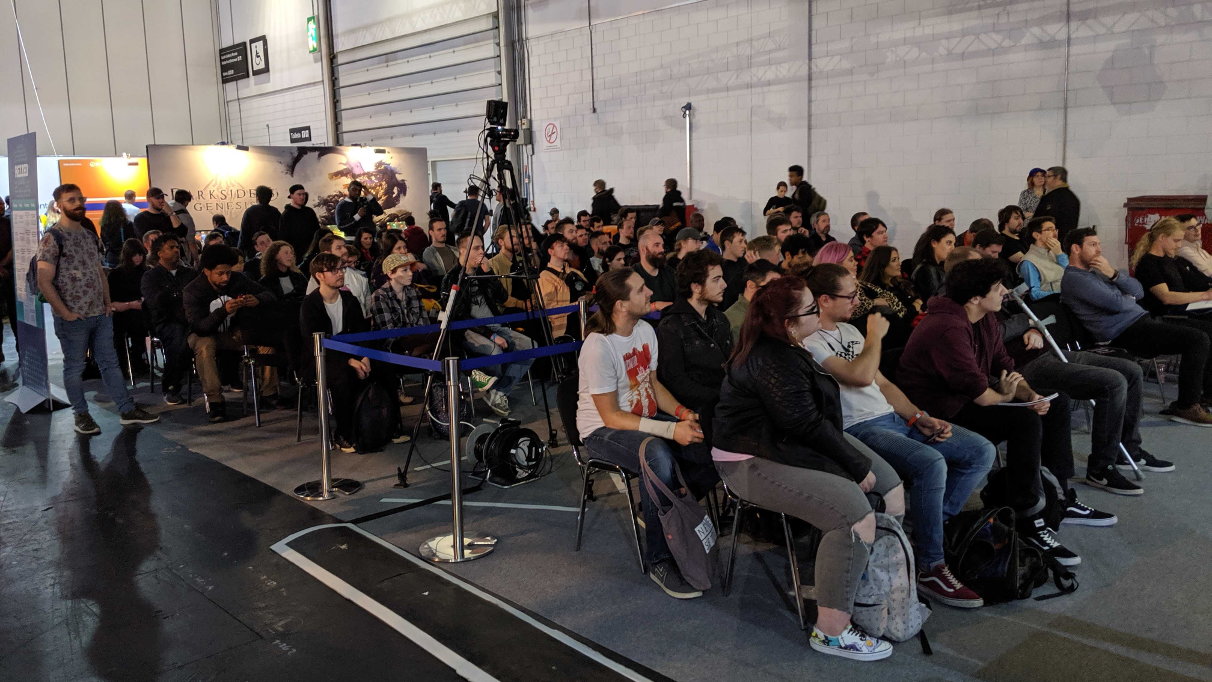 All my photos are just bragging.

Alice O: I assume you stand at the entrance, shaking everyone's hand until they thank you.

Graham: I do but no one ever does 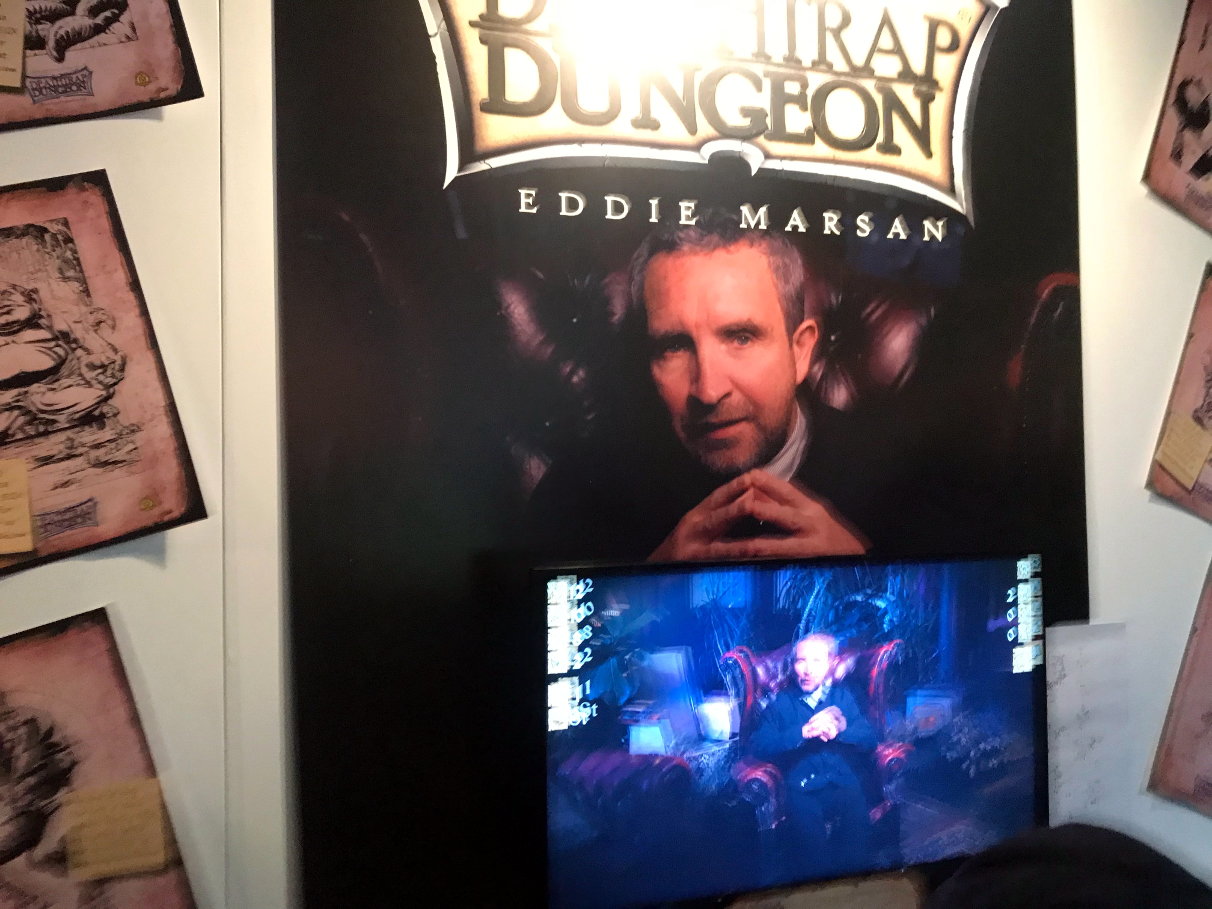 He says "orcs" in a very serious way. Games may have reached their peak

Also: a winemaking simulator (it’s kind of turn based management, you don’t actually get to press x to squash grapes). I play only the flounciest games 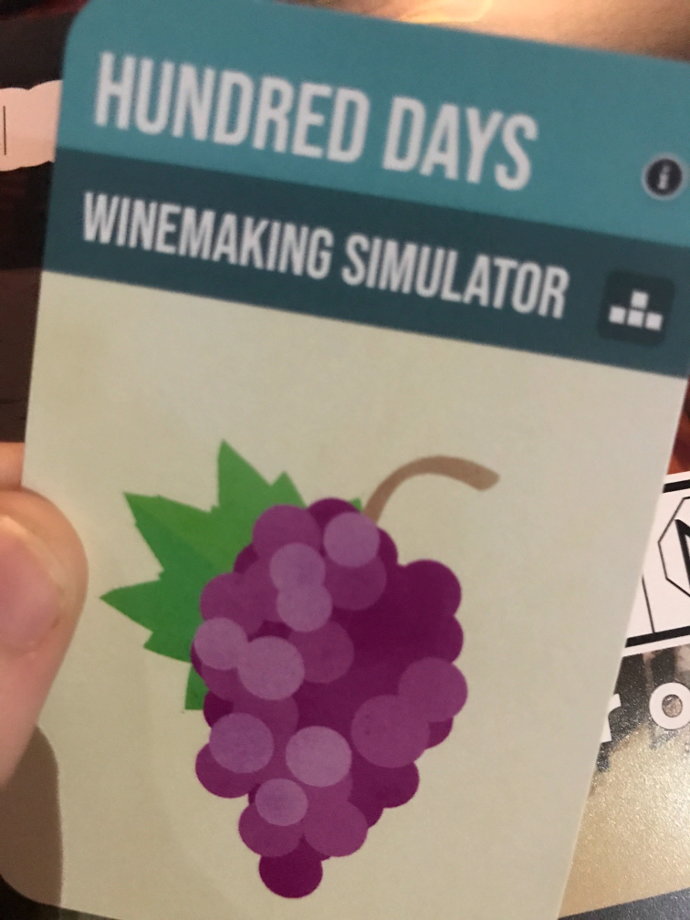 The game Valfaris is metal as fuck and I got to wield a mighty weapon! 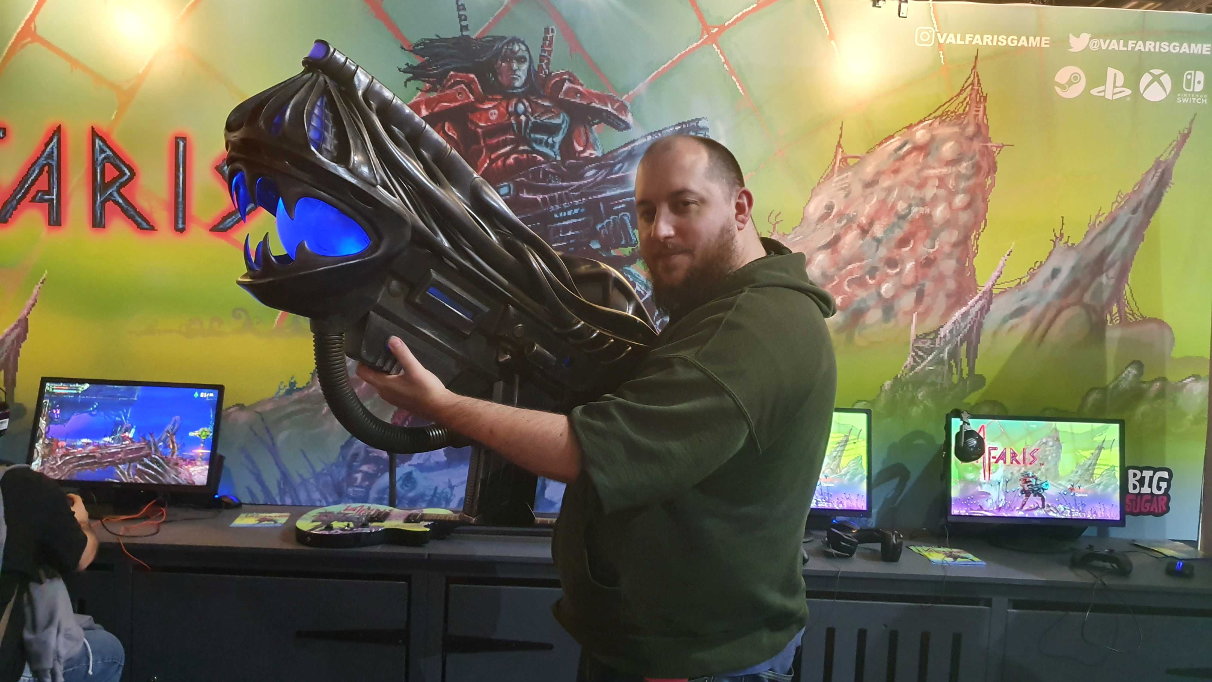 (It's out now but I couldn't resist the photo op)

Day two of the thing. I no longer have a migraine. I have found a possible minimalist puzzle game of the week. Dave's brother reveals that the food inside is awful. I watched some space people bleed to death. Nobody has mentioned that I am wearing pyjamas.

Well, I'm sold by the first screen of Welcome To Elk 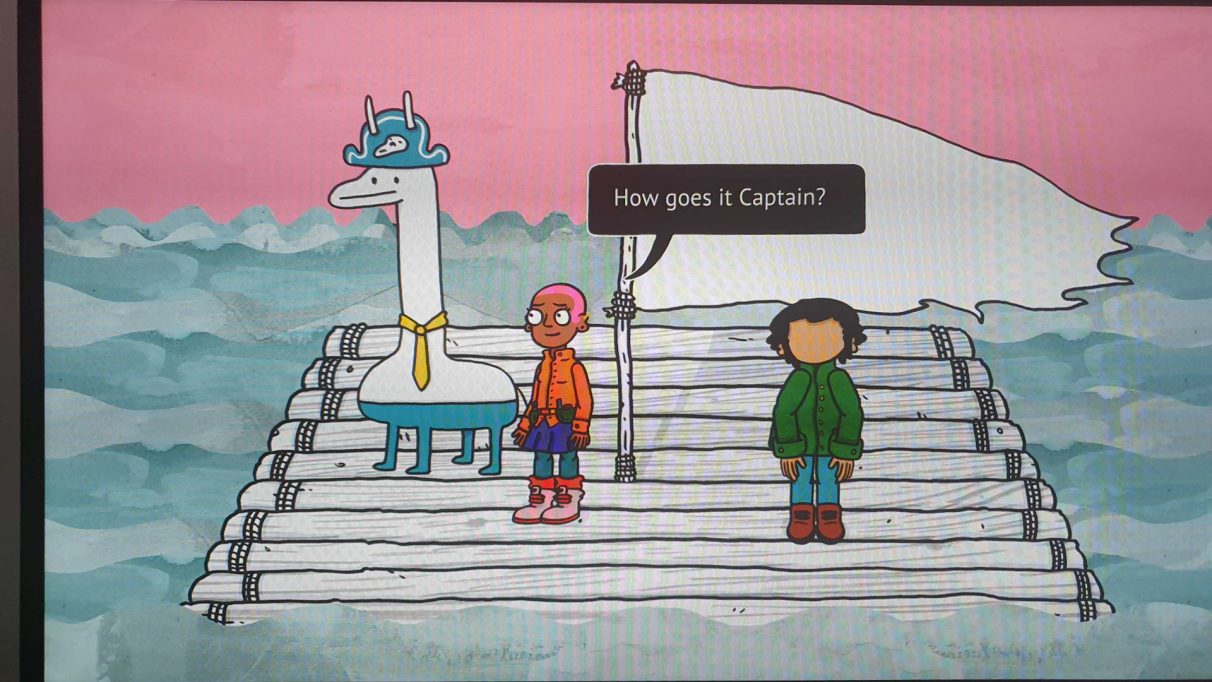 The answer to "How goes it Captain?" was "Wet"

I have only just got into the show. I had to go through the main entrance queue despite my special staff wristband
There is no justice in the world
Also the on site wifi at the ExCel centre requires you to sign in with either your Twitter or LinkedIn, and give it posting permissions
Which i am suspicious of. But they've got me over a barrel here

I have been given a free Monster and I don't know what to do with it
Alice O: I think Monster goes in your pocket.
Alice L: Is that a monster in your pocket. etc etc
I gave it to a friend

Anyone lost a giant sword? 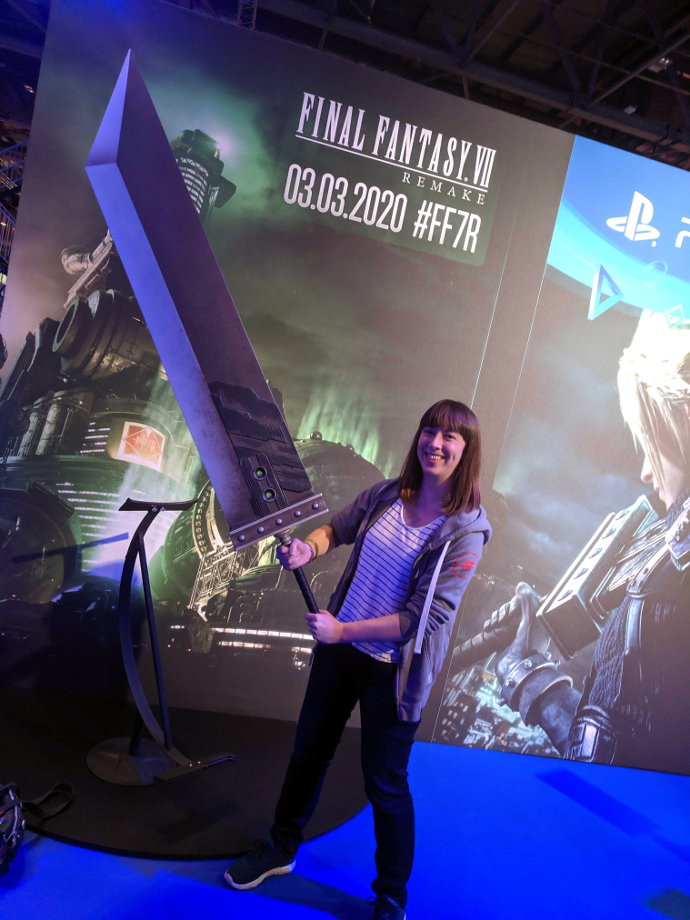 I'm in for Day 2 of EGX and the queues are already enormous for absolutely everything. So far, I have played precisely one game, and that is Journey To The Savage Planet. It makes good noises and has very cute pufferfish-like birds that explode into sticky balls of goop.