As the fuzzy denizens of earth pivot to non-existence, we will soon be left with an unclear memory of the animal kingdom's bizarre court. The elephant, for instance, what even is it? I cannot help with that question, I’m not a marine biologist. But what I can offer is a tour of endangered videogame wildlife. Otherworldly creatures you can’t find beneath the rocks of reality or swimming in the ponds of tangibility. It is the least I can do. So, here you go. A safari of the 9 weirdest animals in PC games. 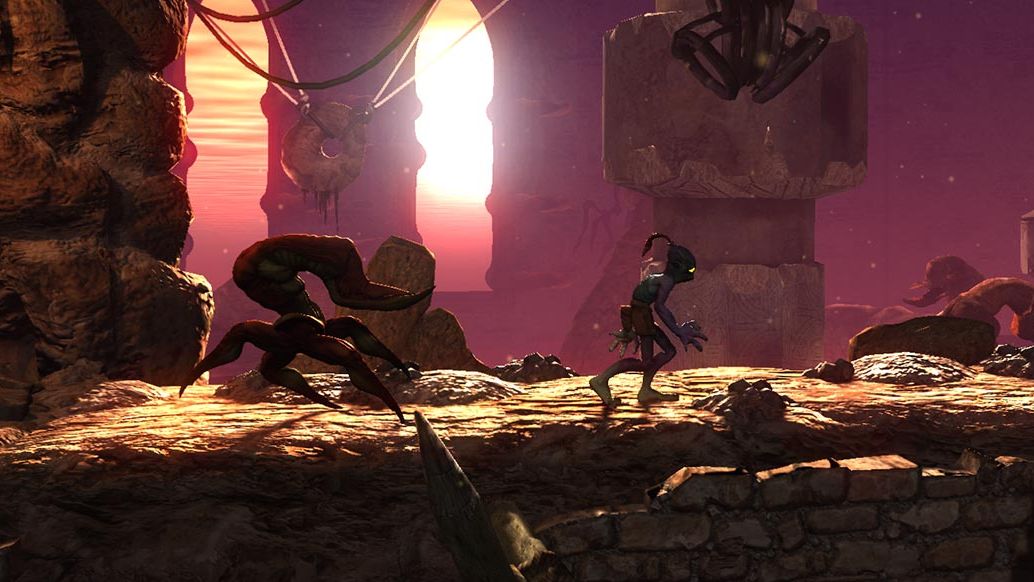 Known primarily as the main ingredient in colourful Scrab Cakes, these animals are actually brutal carnivores with the senses of a bat and shark combined, and the innate aggression of a wolf spider. They have the human torso of a bodybuilder, four sharp insectoid legs, and an upwardly angled crescent-shaped beak, all the better, my dear, to stab you with. Scrabs will sometimes fight a fellow scrab, creating a ferocious dust devil that looks like two Tazes of Tasmania undergoing a frenzied spasm of lust. A majestic animal, and one you must never approach or converse with. 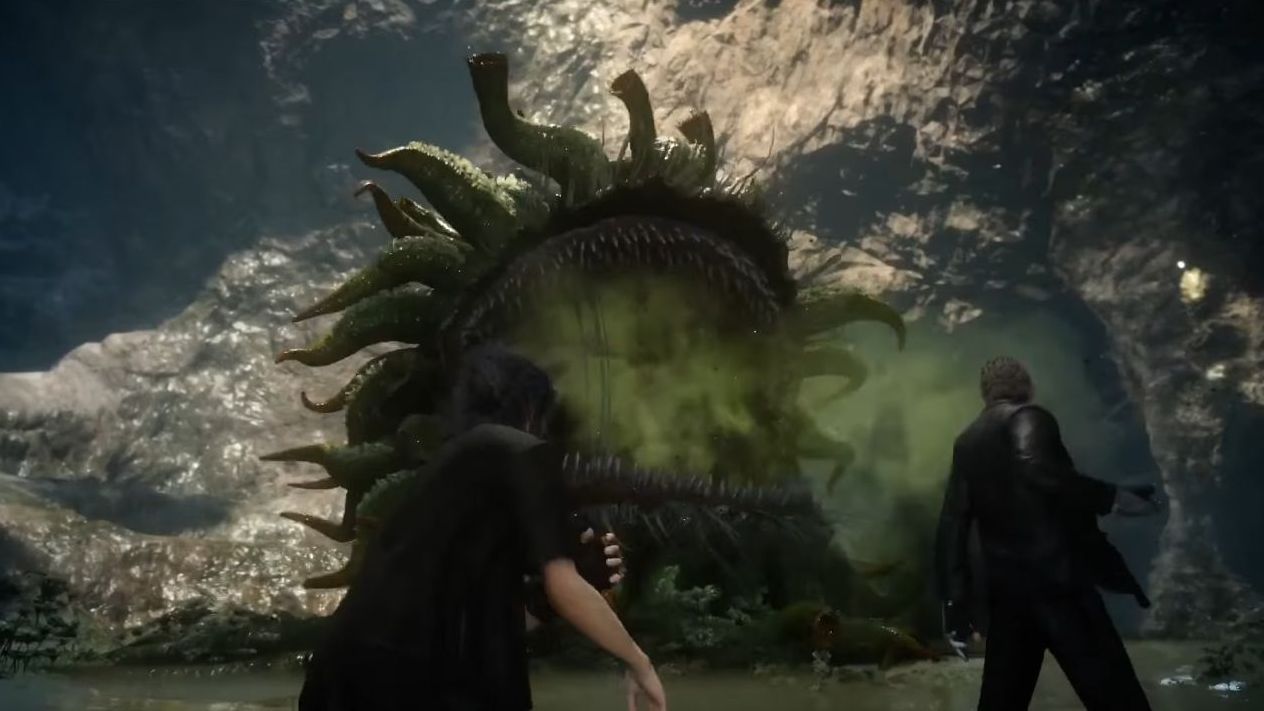 The hostess with the mostest halitosis. The Malboro, also sometimes called “Molbol”, “Morbol” or “Oscar” (really), are a many-tentacled mainstay of the Final Fantasy games. One of those fun echoes that reverberates from one daft fantasy realm to the next. Like Biggs and Wedge, but with an uncountable number of eyeballs. Its go-to move is to exhale all over you with a stinking cloud of status ailments. This animal is effectively a giant anti-smoking advertisement, right down to the name. As a harsh warning to mankind, it must be protected. 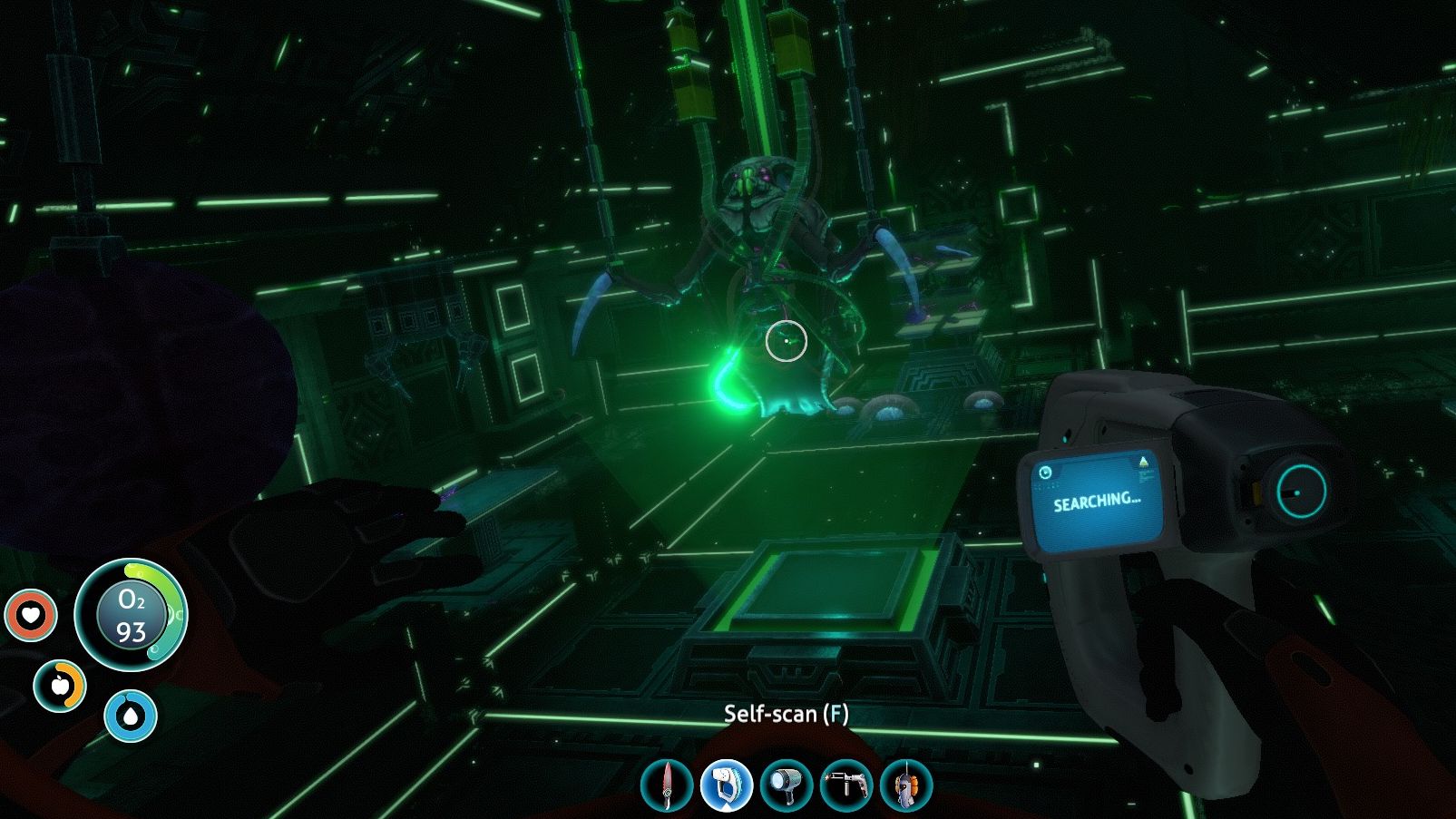 Among the sea creatures of this sandy survive-a-doodle, you may point to the gargantuan Reaper as the most fearful. Or the bulb-headed crabsquid with its translucent skin. You are incorrect. It is the Warper, a being so chock-full of malice its Dulux colour schema is “fresh bruise”. Part cuttlefish, part praying mantis, all murder. It is called a warper because it likes to telewarp right next to you and stab. But sometimes it is lazy and warps you to it, making full use of its verb-as-moniker in a manner that is both worrying and painful.

Whatever this meatbeast is - Carrion 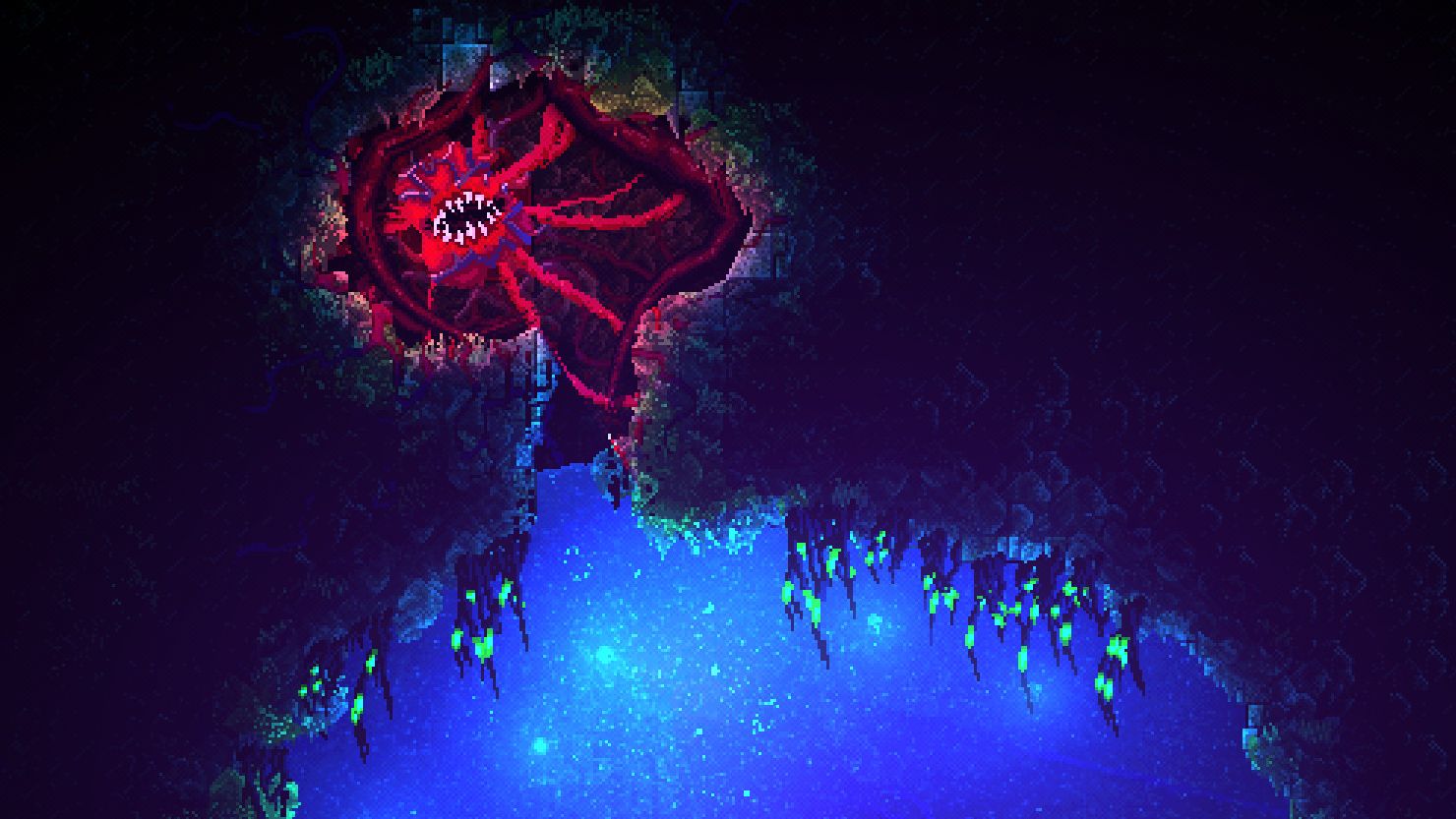 Is this game out yet? I feel like it’s out. I haven’t been paying attention this summer, if I’m honest. Yesterday, I tried to look at the videogames news and spent three hours apocalypse-scrolling through an infinity of hate crimes. Perhaps humanity deserves the Carrion. 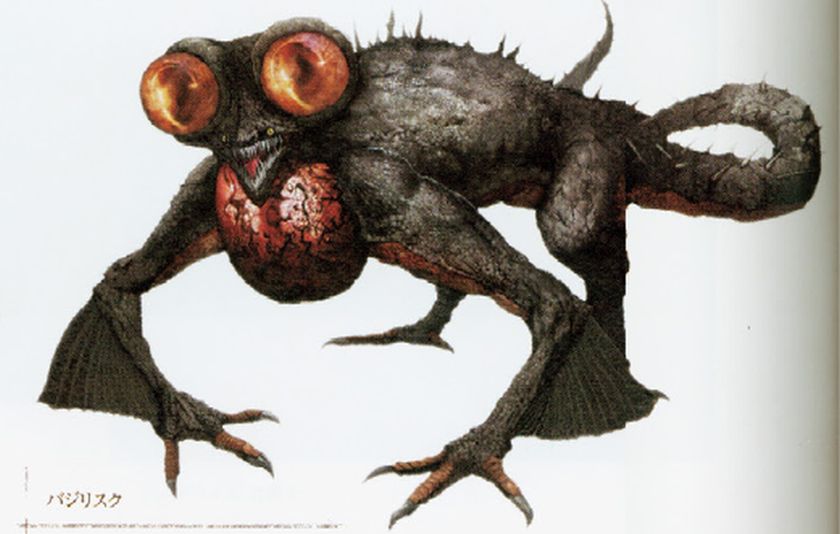 “They’re just frogs,” you say, heart full of sewer level bravado. “Ha ha, they die in two hits. All they do is spit gas. It doesn’t even do anyth--”

But then you feel it. Creeping across your epidermis like an ice blister. Your feet begin to crystalise. You double over in astonishment. The “frogs” keep hopping around, vomiting more brown gas over you. One of them steps close enough for you to look in its hideous, bulbous eyes. And you realise: those aren’t eyes. Beneath them you finally see the animal's real eyes, two beady specks of vision blinking at you with boredom. Nothing about this animal is as it seems. Your face turns to ashen crystal. Hope you like living with half health, moron. You died, get the hell out of here. 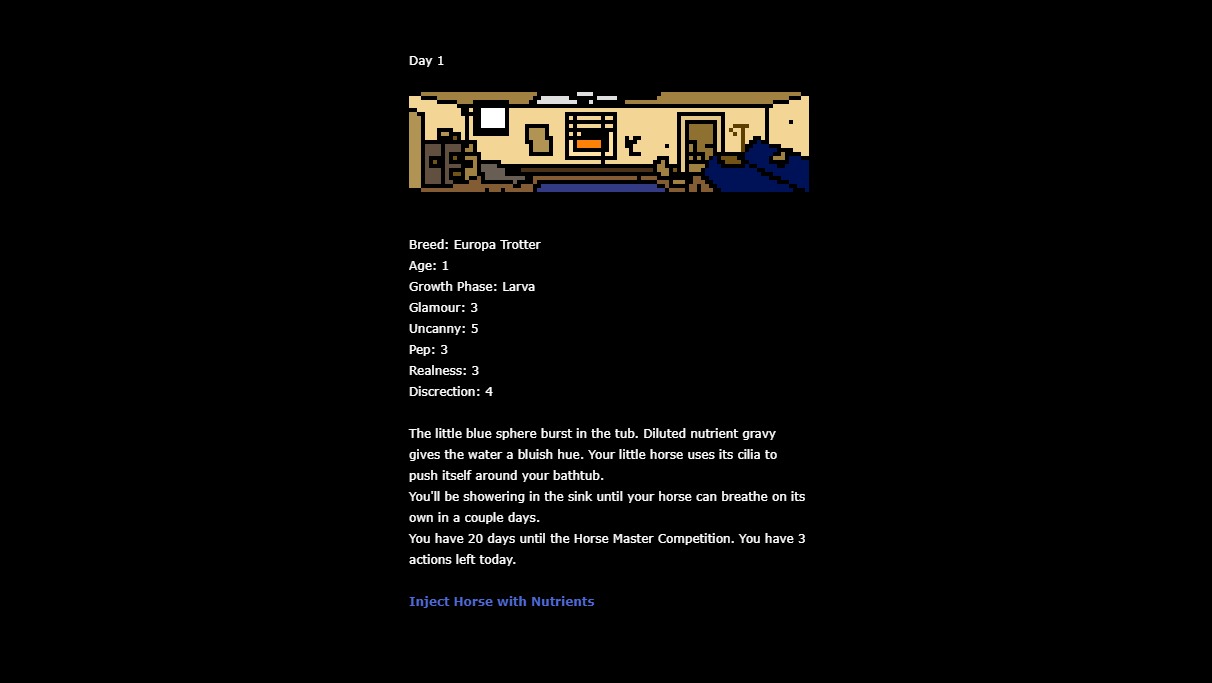 Horse Master is just an ordinary story about an ordinary horse. There is little of note about the musculature load of the equine animals of this Twine game. I don’t know why I included it in this list. There is nothing unusual about the chemical composition of your horse’s bodily fluids. I don’t know what you are talking about. Everything is standard here. 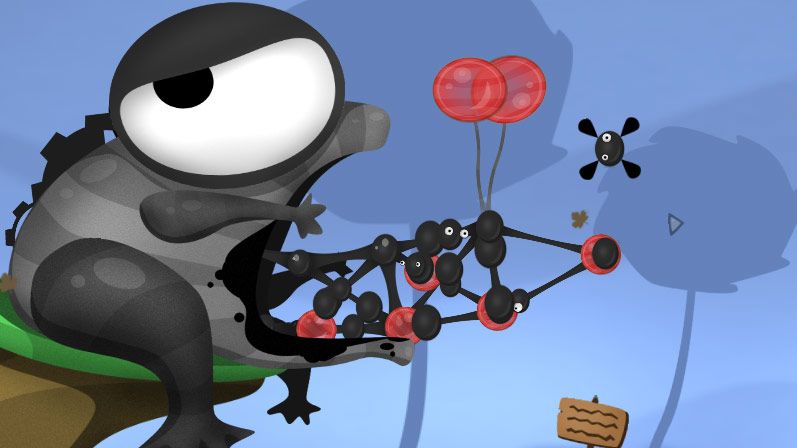 The goo is an animal, do not question my assertions. Is that your name on the byline? No, I didn’t think so. Just because this has a “reader engagement” bit in which I pick a winner from the comments section every week doesn’t mean you get to come rolling up in here, disrespecting my authorial sovereignty. Who do you think you are? The goo is an animal. What else would it be? I don’t want to hear anymore about it. Get out of my sight. 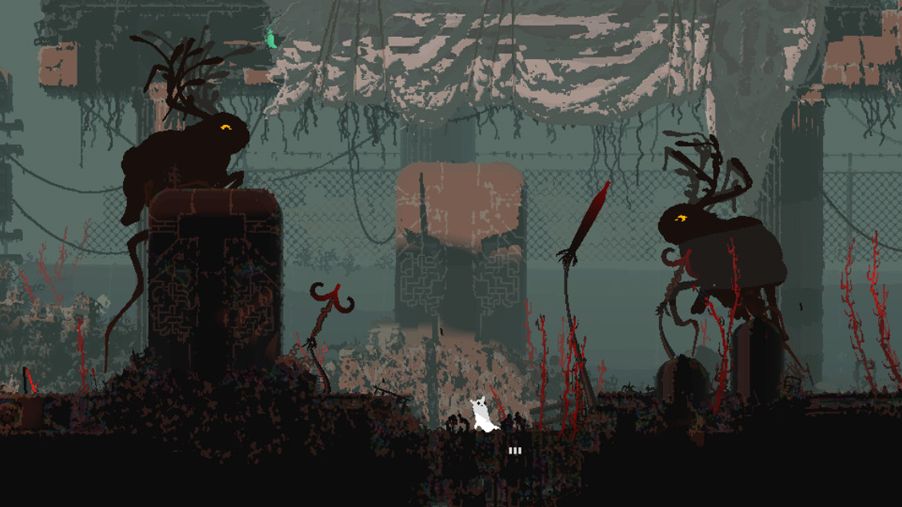 Neon lizards. Birds of prey with their skulls inside-out. Stampeding quadrupeds with scissors for mouths. Land octopuses. There is no shortage of oddity in the wilderness of platformy survival game Rain World. This is a merciless land of predation and fear. It is Tokyo Jungle for Hobbesians, a regularly flooding ruinworld where humanity has long been extinct. Perhaps that is for the best. As a wise man once said: these creatures require our absence to survive, not our help.

Unless you're a slugcat. In which case, help would be nice. 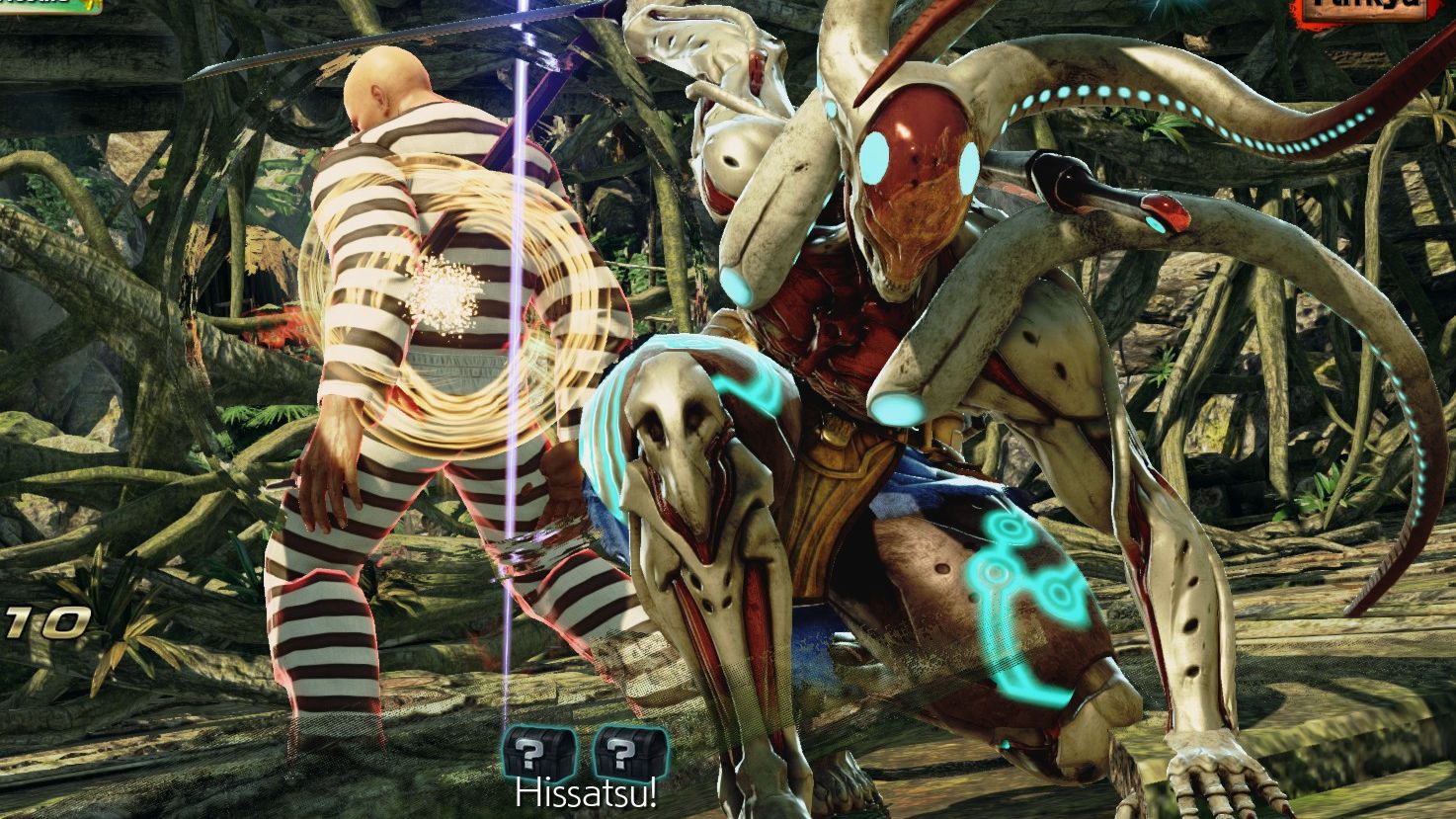 “He is completely human,” said Tekken director Katsuhiro Harada when asked the burning question: what is Yoshimitsu? “He looks unique because he is in a battlesuit.”

These are corporate-mandated lies. I put it to you, Mr Harada, that Yoshimitsu, the sword-wielding being of questionable origin, is not “completely human”. He is not even humanoid. He is an animal of some as-yet-unknown genus. Isn’t that so? An animal which allows for the 360 degree spinning of hands, teleportation of the entire body, and a non-lethal self-impaling technique. I put it to you, so-called “director”, that you are perpetuating a falsehood. Isn’t it true that you do not know what Yoshimitsu is? Isn’t it true that you have never known? That he appeared one day at Bandai Namco headquarters and, in an unsettling attempt to appease this mysterious being, you conceded, yes, as per his demands, he could appear in your fighting game, if he would only stop sliding weirdly across the floor on his bottom? Isn’t that correct?

No more questions, your honour.

Last time we delivered some post to the 7 best couriers in PC games. But you vicious readers demanded one of these be returned to sender. No such number, no such zone. It’s … Courier Six from Fallout: New Vegas. 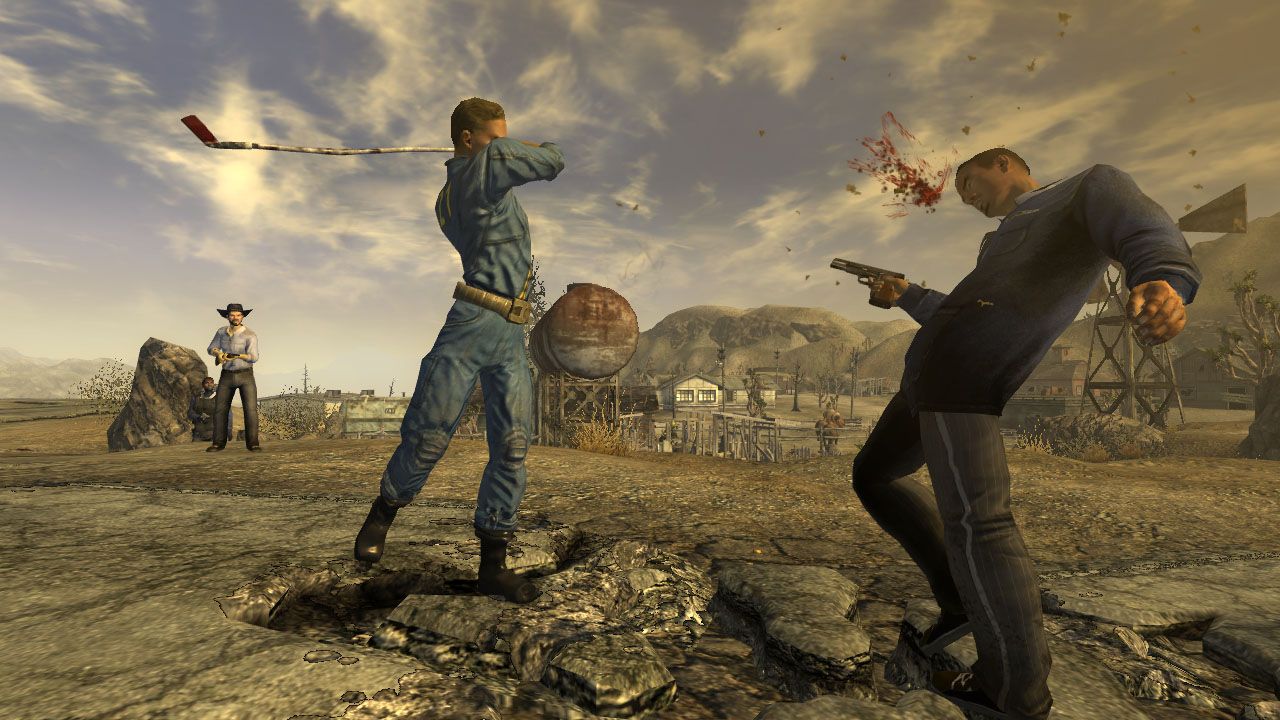 "Courier Six is a joke," spits list-savager "GingerLeoni" with the contempt of a thousand disappointed fathers. "They start the game by losing their package, but then spend the next in-game year wandering around aimlessly murderising and stealing anything not bolted down. Even when they eventually stumble on the package, they just use it for themselves. Courier Six is possibly the worst courier in any game."

Please everyone, step back, this is no longer a safe zone, there has been a brutal killing. Come back next week, order will be restored. Goodbye.