Playing Milky Way Prince made me think about people I would rather forget, and memories that will never quite stop hurting. You know, the ones about the intense, dysfunctional relationships you sometimes end up in when you're stupid and young.

It's a game that feels young at its core - the first commercial work of a solo developer, Lorenzo "eyeguys" Redaelli, and the first work published by developer Santa Ragione, of Wheels Of Aurelia fame. Like many young adults, it's rough around the edges and entirely too sincere. 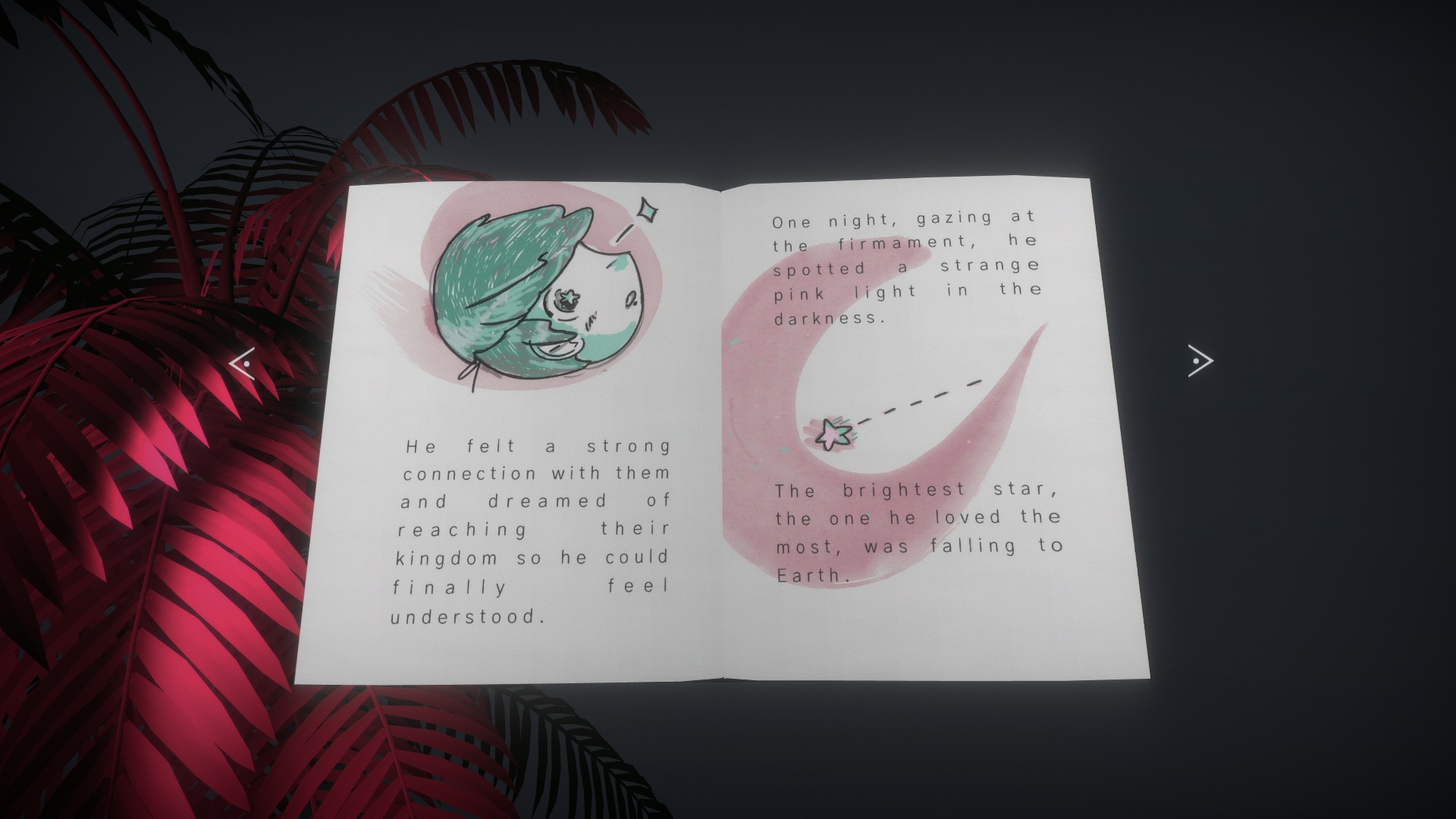 Milky Way Prince tells the story of Nuki, a bright lad with a passion for astronomy who meets the mysterious, charming Sune while chasing a shooting star. The chemistry between the two young men is immediate, and the chance meeting quickly turns into a doomed romance narrated through text and pictures.

You can call Milky Way Prince a visual novel if you like, though that description usually evokes pictures of static pictures hovering over endless dialogue boxes. This game opts for a more stylish approach, mixing 2D sprites and stylized 3D backgrounds to create something more akin to an interactive comic. You click around to scroll text and select the occasional dialog option, but there are also more interactive scenes, like the moments spent in the bathroom grooming yourself before an appointment. I especially liked the way the game depicts sex scenes, with icons representing the five senses that offer you details glanced in the heat of passion. A whiff of perfume. The warmth of Sune's flesh. The pale mark of a scar on a wrist, quickly concealed.

There are a few of these abstract sex scenes, and the first one happens almost too fast, with Nuki and Sune declaring themselves to be linked by fate only minutes after meeting. I'd slam the script as cringey and unrealistic, if it weren't a little too close to things I uttered myself when I was young.

"The brightest stars are always the most unstable ones," says Nuki after his first encounter with Sune. And I'm 16 again, skipping school to travel halfway across Italy to rescue a friend. "I'm dating a shooting star. I'm an interesting person now." I remember how it feels, to be close to someone like that. I remember how it can be dazzling at first, before becoming terrifying. 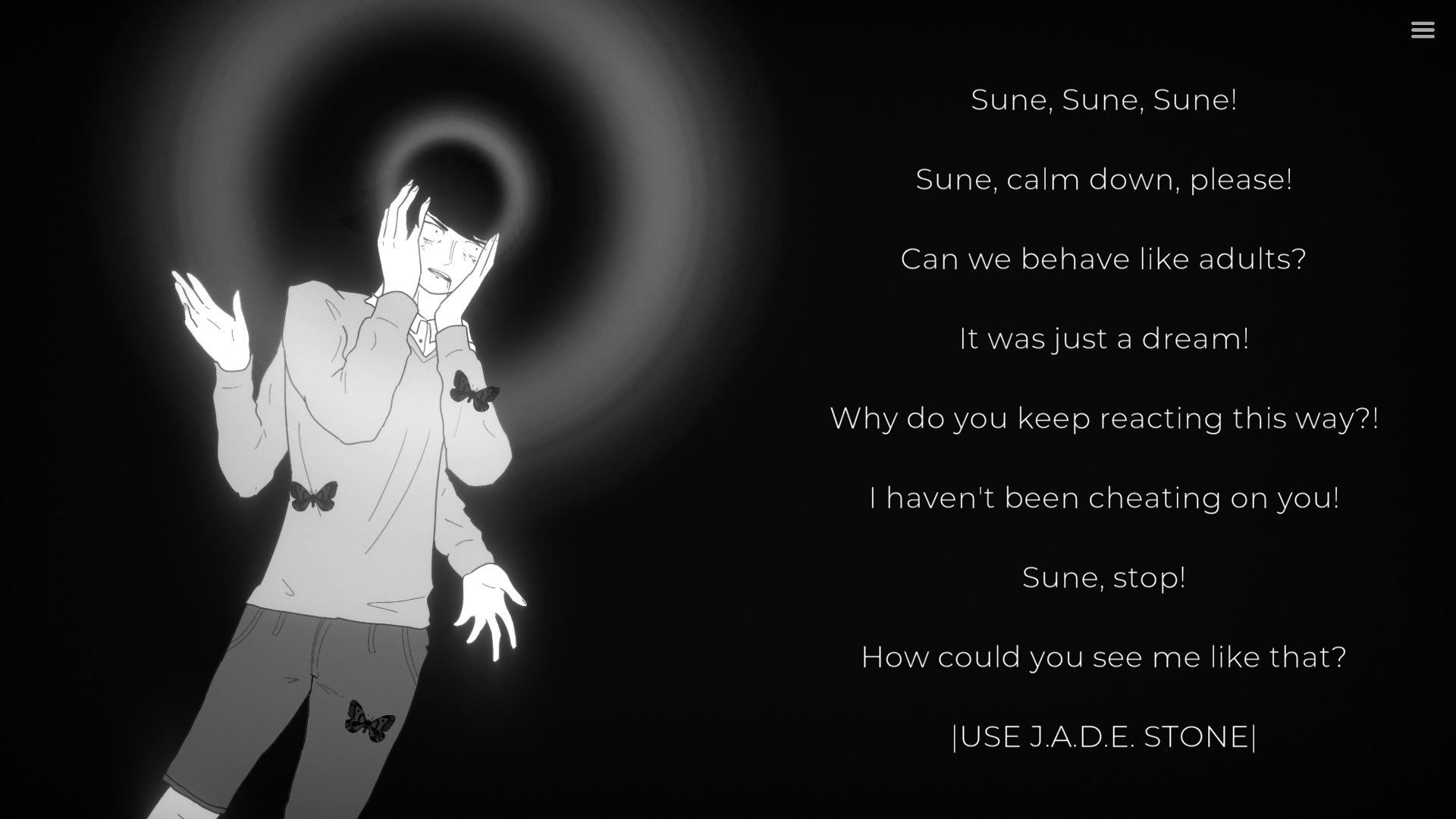 Games about relationships and mental health aren't exactly uncommon, though the topic is seldom treated with the necessary grace. Milky Way Prince manages to avoid conflating mental illness with cartoonish malice, presenting a nuanced, all too realistic portrait of a toxic relationship and all the different ways it can fail.

Despite its bleak charms, Milky Way Prince is not a game I would easily recommend to others, for I suspect its impact is dependent on how much it reflects your own experiences. If you can't see yourself in it, at least a little, you might not be able to stand the melodrama.
But if you, too, have found yourself in the very specific situation of trying to save someone who enjoys revelling in their own misery, then I hope Milky Way Prince will help you realise that you are not alone.

And also, that sometimes, it's okay to step away.