I’ve often heard whispers of macabre accounts stemming from Malay and Indonesian folklore - which share some overlaps in supernatural beliefs - as told to me by friends and family alike. Perhaps it’s just sheer proximity to these Southeast Asian cultures that makes these spooks feel more intimate and corporeal, but the spirits in these tales are, to me, more eerie than most garden-variety ghouls. Take, for instance, how even the mere whiff of the frangipani flower can unnerve me, as it’s a scent commonly associated with the pontianak, the vengeful spirit of a pregnant woman who was violently murdered.

In the Indonesian horror game DreadOut 2, these spectres are known as kuntilanak (as they’re referred to in Indonesia). These long-haired, howling spooks are every bit as vicious and frightful as I had imagined them to be, and plenty more such Indonesian ghosts lurk in the city you’ll spend the bulk of your time in in DreadOut 2.

As the sequel to the original DreadOut from 2014, DreadOut 2 still leans heavily on the "kill ghosts with camera" schtick that's heavily inspired by seminal J-horror series Fatal Frame. Take the aforementioned kuntilanak, who you get rid of by snapping pictures of her ghastly visage with said camera. The scares are fuelled by how she erratically darts in and out of your peripheral vision, only to flit towards your lens with a hair-raising shriek, as you force yourself to steady your trembling fingers for a snapshot.

What makes the horror so riveting is the messy, distorted transition between the living and spiritual realm.

As a depressed teenager and budding exorcist named Linda, you’re armed with an immensely rugged smartphone that never runs out of juice despite heavy use of the camera and flashlight. You use the camera to expel ghosts, and the flashlight to temporarily blind and stun them. But simply playing at Supernatural Snap would have just made DreadOut 2 a poor man’s Fatal Frame, a consideration its developers seem to recognise. In between sessions of ghost-busting, the game also lets you wander the distinctly Indonesian city that Linda lives in, its mundanities a sharp contrast with the vicious, phantasmic encounters that she usually gets unwittingly lodged in.

What makes the horror so riveting, too, is the messy, distorted transition between the living and spiritual realm Linda traverses. One instance saw her opening a door after fending off a horde of skeletal beasts (as one is wont to do while pushing through the endless twists and turns of a corridor) and abruptly returning to her classroom in the living world, her uniform soiled by the blood and guts from the carnage. As if jolted awake from a lazy afternoon lecture, her classmates and teacher can only gasp, in stunned silence, at the gory sight. 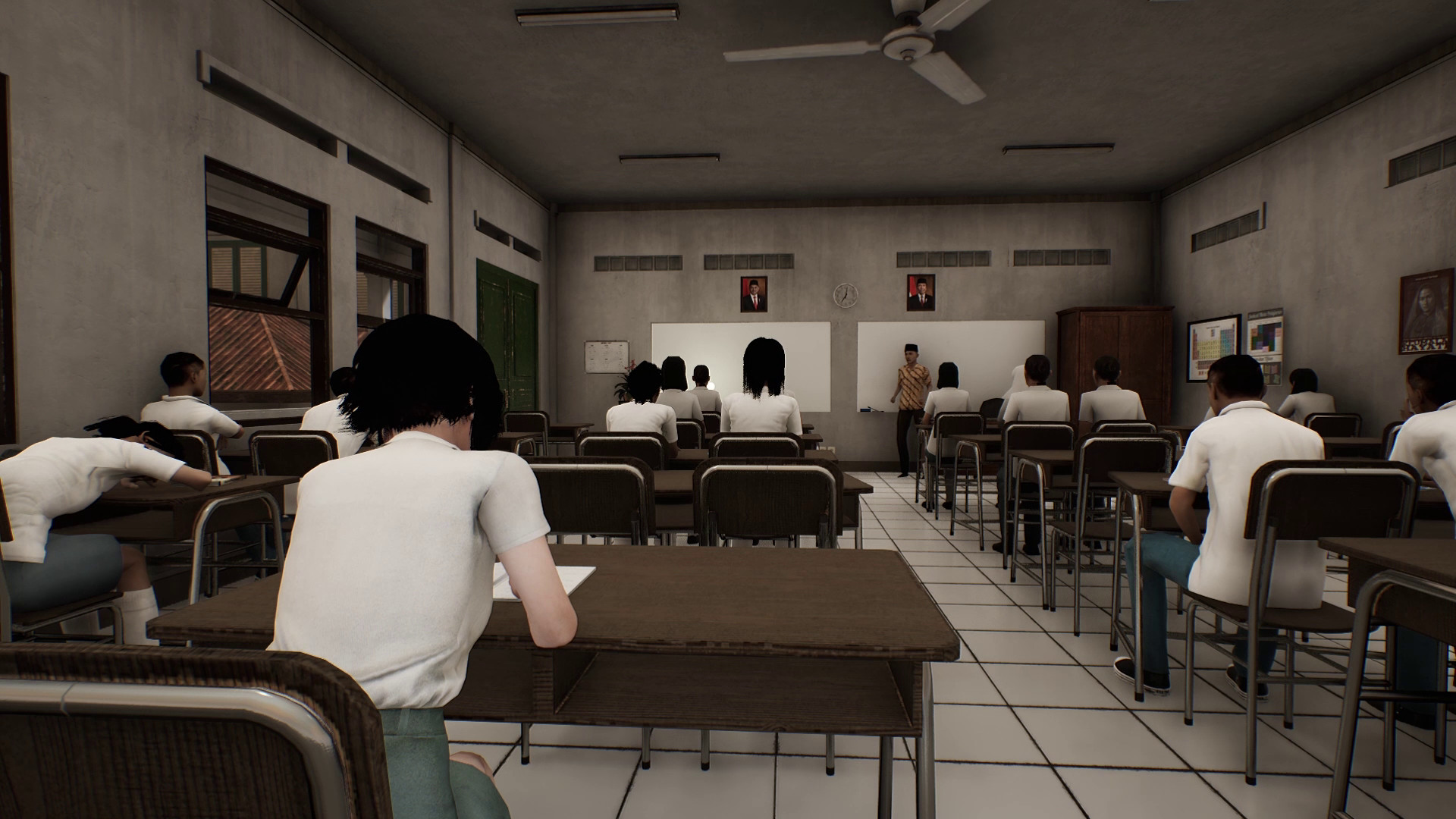 That said, DreadOut 2 isn’t without its flaws. Unlike the original, Linda can eviscerate the meatier ghouls that torment her in a more gruesome fashion, by hacking and slashing at their fleshy bits with a conveniently located knife or axe. While these become frustrating because of the clunky controls and technical bugs, they also disappoint because these feel largely superfluous. Instead, it’s in the more conventional moments that DreadOut 2 shines: where it tries to dish out the spooks with more purposeful storytelling, rather than overcompensate with busywork. Like when you chance upon that same kuntilanak, only visible through the lens of your camera, as you’re taking a leisurely stroll in the city...

You can grab DreadOut 2 on Steam.