What would the sprawling metropolises of a cyberpunk dystopia smell like? If you look beyond the gleaming skyscrapers of point 'n' click adventure VirtuaVerse’s futuristic city, it probably contains whiffs of the industrial odour of diesel and metal, tinged with the stench of rotting food and sewer drains.

Even through its pink and blue neon-lit structures, the place is overwrought with gloom and grime. You’ll see puddles of toxic spills from the perpetually torrential acid rain, decaying posters and messy graffiti on oil-stained walls, and bags of garbage spilling over sidewalks. It’s an abysmal place to be in, particularly so in the slums and back alleys - the city’s sordid underbelly where criminal gangs gather, and the homeless scavenge for leftover food and drugs in dumpsters. 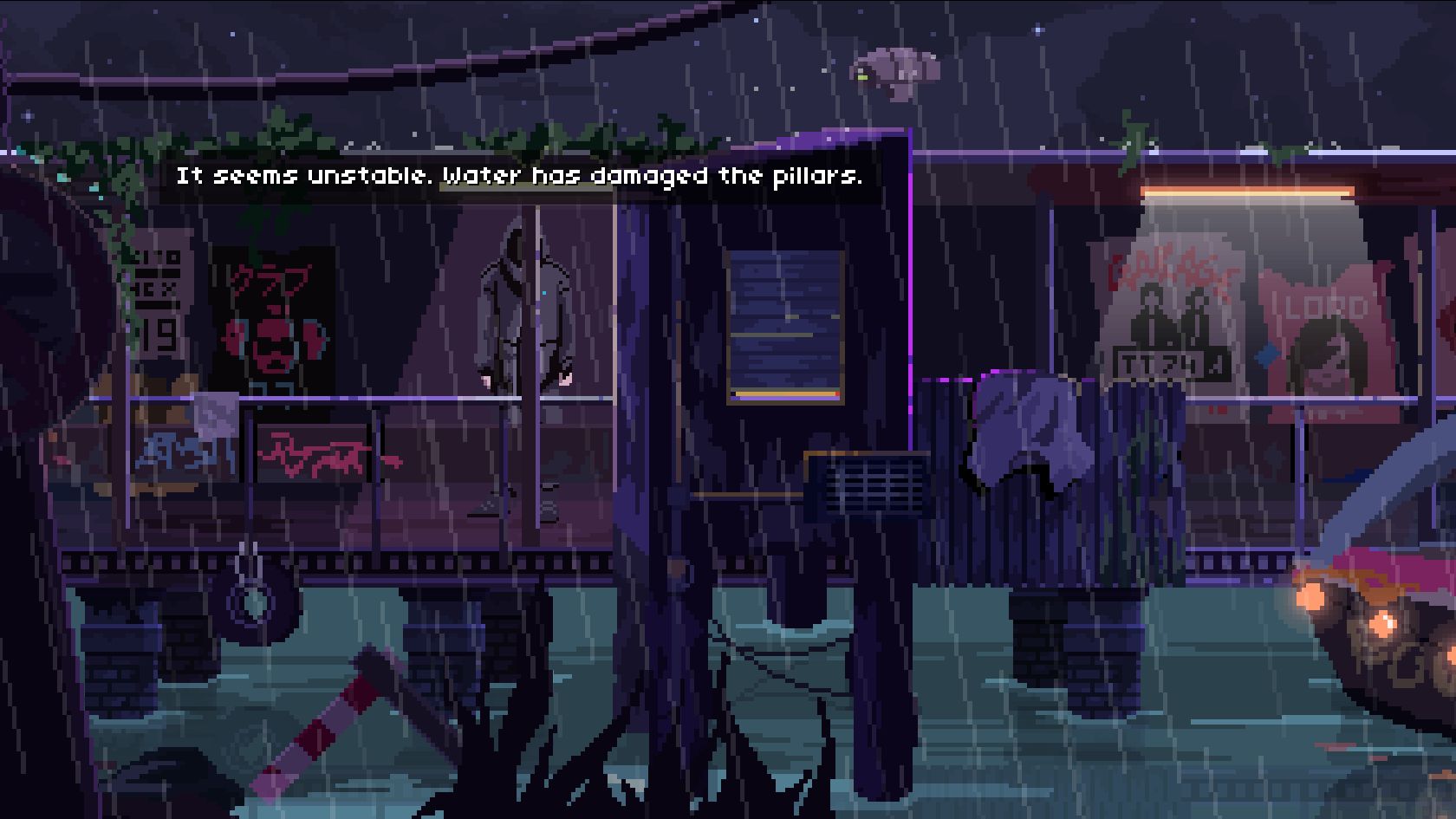 While games haven’t found a way to impart olfactory experiences yet (thankfully so, actually), VirtuaVerse is still rather poetic in its depiction of high-tech debauchery, and this is no more evident than in the way you inhabit its anti-hero, Nathan. Like any self-respecting cyberpunk protagonist, he’s a hacker and dealer of ye ol’ illegal goods, be it modded hardware or cracked software. He also lives off-the-grid, explicitly rejecting an alternative, integrated reality enforced by a monocratic artificial intelligence. This means that, unlike most denizens, Nathan can switch between realities with a custom headset, which really highlights the disparity between the two worlds: the polychromatic scenes of billboards and spammy, gaudy ads, which overlay the reality of the drab city.

This is one of the most fascinating aspects of VirtuaVerse, despite the game still hewing closely to the most ubiquitous motifs of the genre: the pouring rain, the neon-soaked city, and of course, the prevalence of East Asian characters and other cultural signifiers, like karaoke and what have you. But rather than elevate the screen-thin, stylish veneer of the cyberpunk aesthetic, which many cyberpunk titles tend to do, the headset in VirtuaVerse makes the surroundings look unbearably electronic, cluttered and garish. Looking through its lenses is an utter eyesore, and seems like an implicit disavowal of the glitz and glamour of cyberpunk. You really don’t want to live here.

That’s not to say that VirtuaVerse’s pixel art environments aren’t mesmerising. If anything it’s hauntingly beautiful and immaculately designed, and it’s clearly a homage to the point and click adventures of old. Unfortunately, it has also inherited the frustratingly confounding puzzles of these classic games, where solving them means clicking on every conceivable artefact, exhausting every interactable option and dialogue, and praying that you aren’t missing anything of critical importance.

At some point you’ll probably be reaching for a walkthrough to get through some of its most finicky puzzles. Yet even at its most exhausting, there are plenty more reasons to jack in and unravel the intricate web of rot, corruption and conspiracies that envelop the entire techno-city of VirtuaVerse. These are the unseen forces that power not just the system of pipes and machinery that run beneath the feet of its city dwellers, but also their virtual experiences, hopes and dreams, manifested from the clouds of data above.