Having spent around eight months in Early Access and then three in a mysterious state called “Phase 2”, Flight Sim World, Dovetail Games' modernised-but-feature-trimmed-and-unfinished version of Microsoft Flight Simulator, is officially dead. On Monday, out of the blue, DTG announced that work on the project has come to an end. Apparently, there simply weren't enough customers to justify continuing. As the team assembled by the British train sim tycoons seemed to possess sufficient passion, will and, initially at least, resources to make FSW a success, it's hardly surprising that some in the flight sim community are blaming the failure of the endeavour on poor project management and the manner in which Dovetail dealt with Flight Simulator's vital ecosystem of third-party add-on devs. 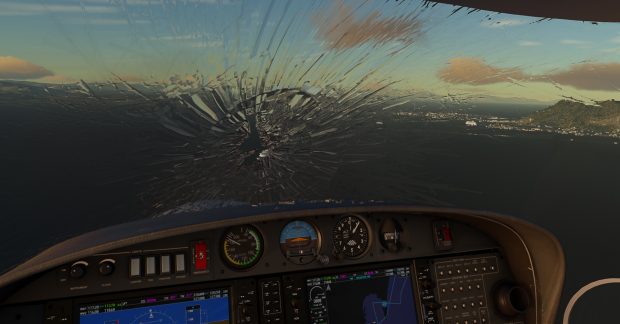 In 2014, when Dovetail's involvement in MSFS first became public, professional add-on creators were quick to warn them that the symbiotic relationship between the sim and its army of independent hangar fillers and scenery sculptors was a fragile thing.

(Scott Gentile of A2A Simulations, in a July 2014 Flare Path)

While a few eminent add-on artisans including A2A, Orbx, and Simul were eventually persuaded to contribute content to the base package (Accu-Feel, FTX Global and trueSKY were built into FSW), there was little evidence of third-party enthusiasm once the project had entered Early Access. One of the reasons it's been so hard to get excited about FSW over the past year has been the dearth of interesting adjuncts... 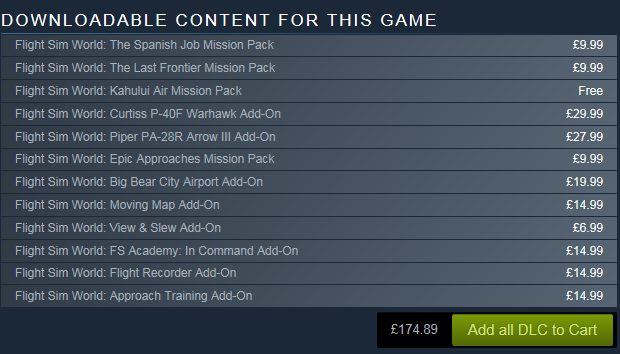 Why did so few MSFS content creators hop aboard the FSW bandwagon? The unfinished SDK was unquestionably a factor, as was DTG's insistence that plane builders obtain licences from aircraft manufacturers. However, for Robert Randazzo, the head of PMDG, a company that specialises in producing extraordinarily high-fidelity MSFS airliners, Dovetail's rapacity and inconsistency were more significant disincentives.

“Five years ago, a group of us were involved in attempting to purchase the rights to FSX and Microsoft Flight from Microsoft with the intent to continue development for the benefit of this community. None of us had the financial strength to complete the transaction alone, so we joined together (sometimes uneasily) in order to build a marketplace in which all developers would be given a chance to grow and thrive in a living platform.

Our fledgling conglomerate was grossly out-bid by Dovetail Games in part because we just weren't well-funded, but also in part because Dovetail leveraged their established, largely positive reputation along with a costly high bid. They knew from day-one that their plan was to subvert the third-party development community and enforce high fees on their own distribution channel that we would all need in order to survive.

They tried to gain cooperation by assuring us that this wasn't the case, but the reality proved to be different than their promises and many of the long-standing trade names in this community (including PMDG) opted not to play along.”

The “high fees” Randazzo mentions is a reference to the 60+% commission PMDG and their peers would have ended up paying to Steam and Dovetail, had they agreed to produce aircraft for FSW (While devs were contractually free to sell through other channels, they were - until a relatively recent policy shift - obliged to offer all content through Steam too). 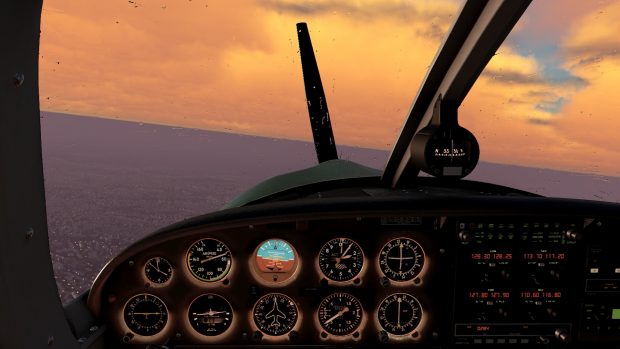 That Steam stipulation was also cited by another industry veteran deeply unhappy with the way Dovetail has treated one of Simulatia's crown jewels. Earlier this week, via email, Aerosoft's Mathijs Kok explained to me why he thought FSW had failed.

“It had to fail, there was no other possible outcome once they made the decision to rebuild the sim into a new product.

They should have done exactly what Lockheed did. (Licenced to DTG for use in 'entertainment' products, the MSFS engine is Lockheed Martin's to use in the 'serious' training sim sector)

Step 1. Fix some of the nasty bugs that were in FSX for many, many years and release that version.

Step 2. Repeat Step 1 twice. This will get customers used to the new sim and make it bloody good.

Step 3. Make it 64-bit after the customers are hooked on the new platform

And all the time listen to customers, talk to developers, be open and honest. They are a delight to work with, honestly.

Instead DTG locked up a bunch of game developers in a room and let them build something that was not compatible with - and was only moderately better than - FSX, and did not contain any jets. And then they released that without an SDK. Only months later did they start to talk to us and tell us that we should port the Airbus and other projects over. They did not have a clue about the fact that was simply impossible because their sim could not even handle C code. 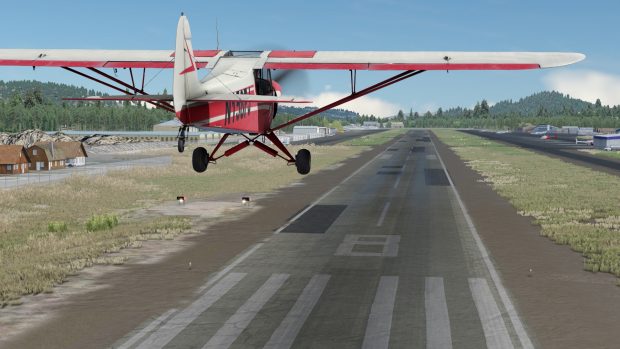 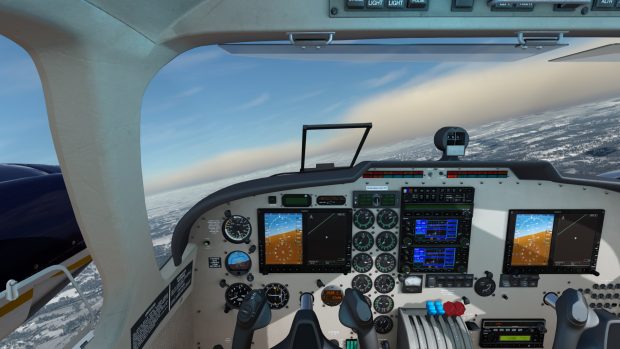 It was so obvious from the first things we knew about the project that their way of working simply would not work. They had no clue about their potential customers, were arrogant and did not deliver. So add-on developers and customers just ignored it. We were just waiting for them to shut it down... Most of the people who worked on the project are fired now and we've lost a potentially good platform. Commercially it means nothing to us, but we loved FS for two decades and it is a shame to see it in the gutter.

If I sound bitter.... yeah, perhaps I am. It could have been so good.”

Predictably, there's a fair amount of bitterness sloshing about on the Steam forum at the moment too. For every user thanking DTG for a relatively cheap sim with a solid core of nicely modelled GA aircraft, global scenery, and pretty clouds and rain effects, there's one complaining about outstanding bugs and unfulfilled promises.

It would be wonderful if DTG could, via some imaginative and magnanimous gesture, transform all the ill-will into goodwill, but it's difficult to picture what that gesture would look like. Perhaps the best we can hope for is that the Chathamites will emerge a touch chastened – a little more willing, in future, to listen to third-party devs and treat them as value-adders and reputation-enhancers rather than simple revenue streams. 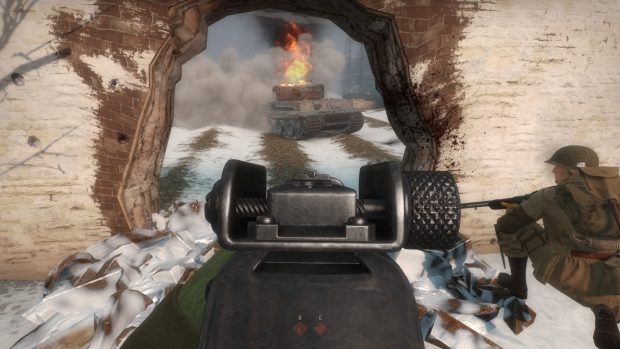 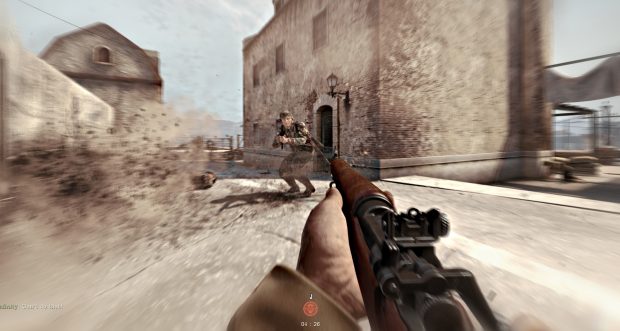 As Brendan pointed out yesterday, Day of Infamy is free to play this weekend. If you've yet to try it, do! It's a lovingly fashioned multiplayer shooter set in Europe during WW2. Day of Defeat is the obvious touchstone, but playing it may also stir memories of the early CoDs, MoHs, and Brothers in Arms titles.

Apart from the odd friendly-fire gaffe, I've yet to slay a human-controlled combatant. The co-op scraps against bots are so entertaining, I've spent my first few days playing them exclusively.

Large, intricate maps littered with pleasing period detritus* encourage both long-range firefights and sharpshooting, and close-range SMG savagery and pistol duels. The lack of crosshairs makes tossing grenades through windows a tad tricky, but, along with mechanisms like leaning, and an optional absence of team identifiers, mean DoI stands higher on the realism ladder than DoD. 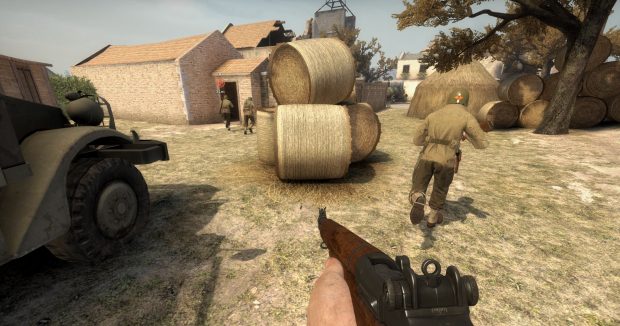 *There is the odd scenic anachronism. DoI is the latest in a long line of WW2 games to misleadingly suggest that large round balers were around in the Forties. 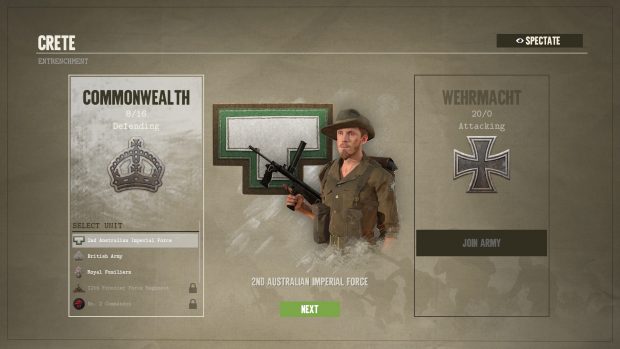 New World Interactive's weaponers have done a fine job, as has their audio department. The unusually varied vocal cues (8000 lines of dialogue, apparently) include some splendidly earthy expletives. The outbursts of the Australians are particularly entertaining.

Remarkably, I've yet to encounter any bossy tossers, bad losers, or neo-Nazi pillocks on the battlefield. The community seems remarkably civil and tolerant – hopefully something that won't change as a result of the influx of new blood this weekend. 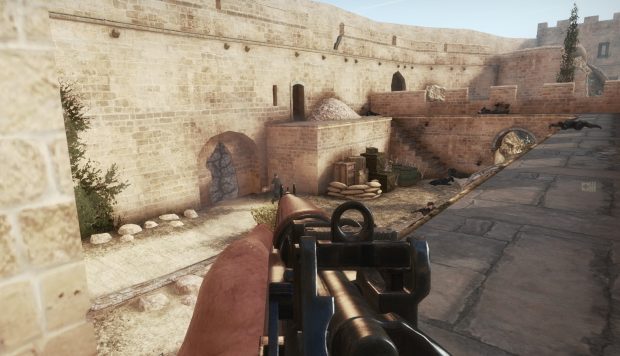 Obviously, teamwork pays off in DoI but there's numerous opportunities for freelancing too, and mic-less players aren't hugely disadvantaged. Now is a great time to find out for yourself why Day of Infamy has a rare “very positive” user-rating on Steam. In combination with the free weekend, the devs are running a brief 70%-off sale. Until Monday, this pleaser is a bargain £4.50. 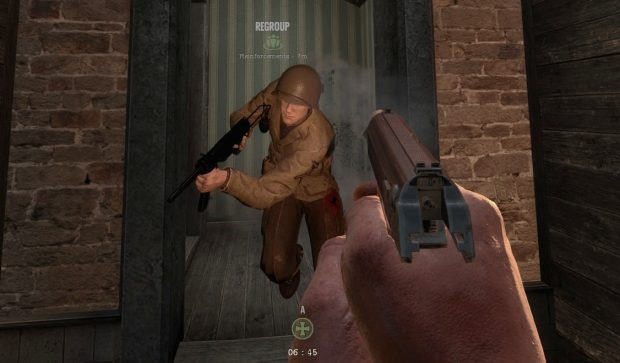