^ A poor-quality phone snap of two de Havilland beauties I encountered on a recent excursion. 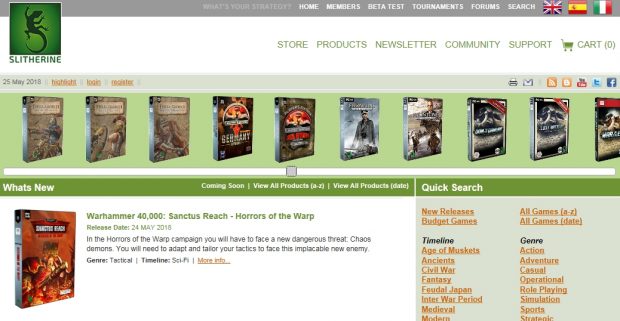 Slitherine aren't the niche-huddling hermits they used to be, that's for sure. Having embraced Steam a few years ago, the Surrey warmongers have recently released a trio of titles, together with associated add-ons, DRM-free through GOG.com. 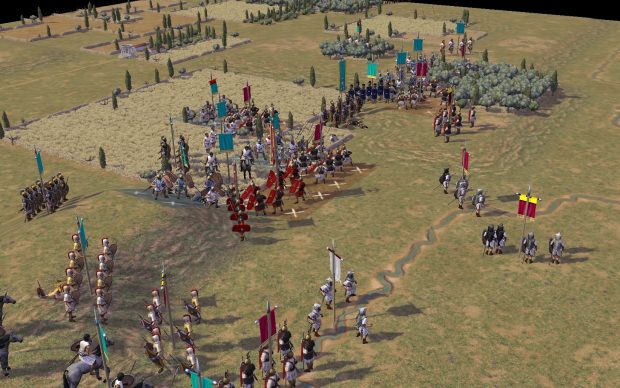 While there's a fair chance cheeky Panzer General knock-off Panzer Corps is already in your wargame collection, and GOG's $21 version of cheeky Panzer Corps knock-off Order of Battle has Steam's slimmer, try-before-you-buy free one to compete with, Field of Glory II may entice.

Although arguably not quite as appealing as its strat-map-equipped engine mates, Pike & Shot Campaigns and Sengoku Jidai, FoG II's masterful melange of crisp rules, strong AI, and infinitely varied random maps invariably produces entertaining scraps. Entertaining scraps like the one described in this old FP.

Knowing I'm rather partial to a bit of FoG2, the chap with the keys to GOG's cavernous game warehouse last week sent me twenty-five redeem codes for Byzantine's ancient aggro sim (Each redeem code also grants its user a copy of Panzer Corps and Order of Battle). I managed to shift nineteen of these at a local car boot sale on Sunday, and, to assuage feelings of guilt, now plan to award the remaining half-dozen to eagle-eyed FP readers. 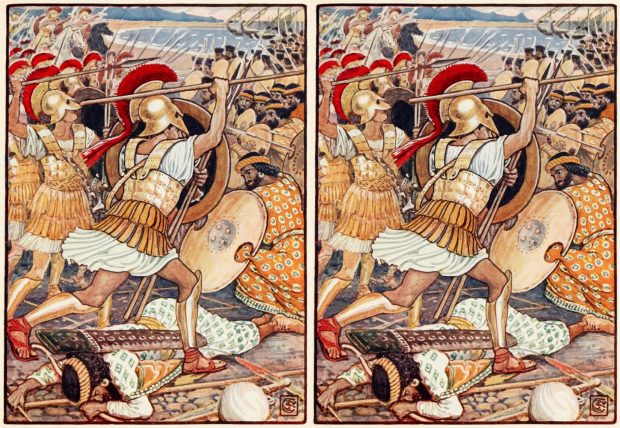 To go into the galea for Sunday's draw, just send me (timfstone at gmail dot com) by 13.00 GMT, May 27, a missive or pic pointing out the ten differences between the Battle of Marathon pic on the left and the Battle of Marathon pic on the right. If Sunday night arrives and you've yet to hear good news, assume the worst – the tripartite prizes have either gone to other contestants, or I've had a weak moment and flogged them in a sunny field on the outskirts of Basingstoke.

(Only one entry per reader, please.)

For reasons I can no longer recall, most of the Airfix AFVs I built as a boy ended up painted sand yellow. If I was hoping the uniform colour-scheme would lend my dice-driven sandpit WW2 wargames an air of coherence and authenticity, then, on reflection, I probably shouldn't have included Centurions and Scorpions in my Eighth Army OOBs. 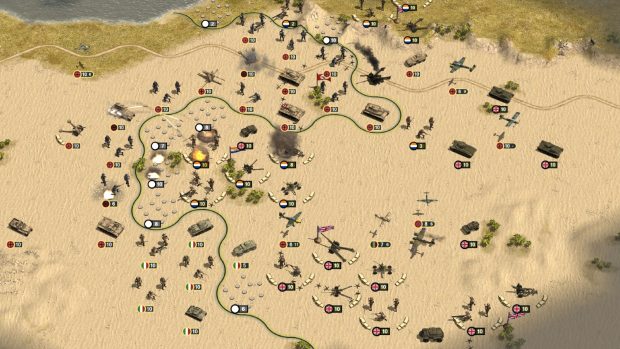 Youngsters nowadays don't know they're born. Thanks to relatively affordable (£11) DLC like Sandstorm they can Desert War without risk of historical gaffes or danger of stumbling upon cat turds while sowing air rifle pellet minefields. 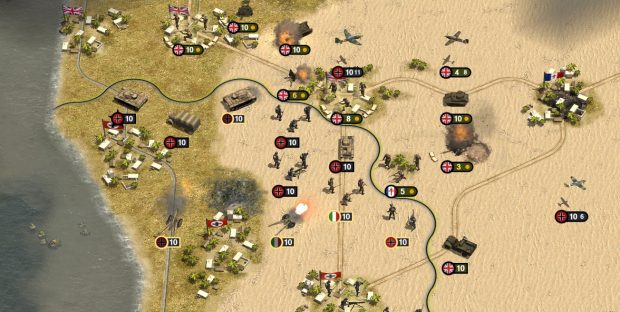 The latest adjunct for Order of Battle features the panzergeneralike's first branching campaign, and introduces, amongst other things, a plethora of new Italian units and a LoS-disrupting, combat-power-compromising sandstorm mechanic. Sadly, the selection of new terrain types doesn't seem to include “walled fields”, an omission that leaves Malta looking decidedly unMaltese in the what-if Operation Herkules scenario.

Another wargame that has distended in recent weeks is Graviteam Tactics: Mius-Front. 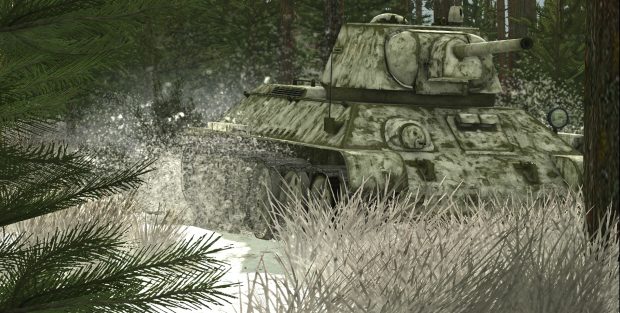 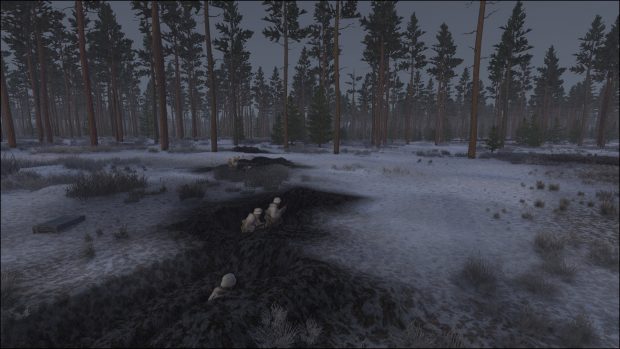 Soviet armour includes mobile outhouses like the Churchill II and KV-1S. Play as the Germans in the DLC's seriously dynamic 28-turn campaign and your longest, loudest wails of anguish are likely to be provoked by losses of just about the only unit capable of stopping these goliaths at distance with anything approaching ease – the 8.8cm Flak gun. 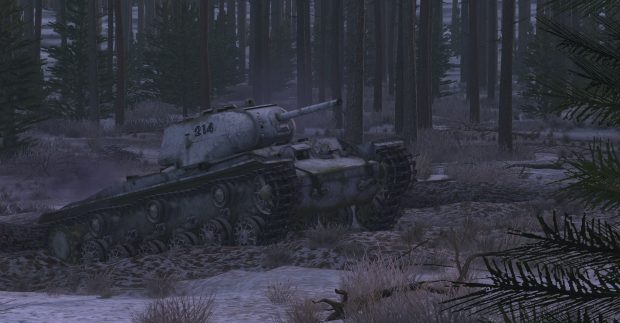 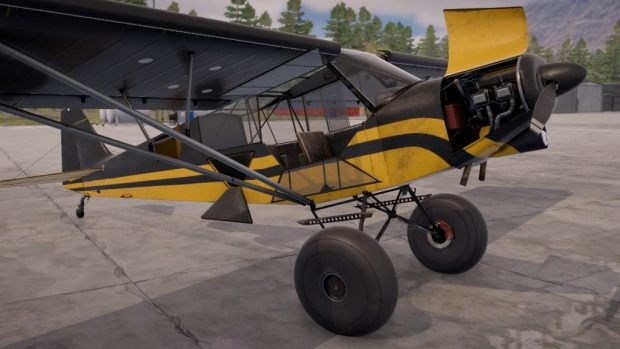 At no point in the following dead-short Deadstick announcement trailer does an alighting Cessna 180 gingerly dip its Dunlops in ice-cold snowmelt before bouncing to a stop on a mid-river sand bank. At no point is a Piper Super Cub forced to perform a TGL after a mangy moose wanders onto the runway. At no point does a low-flying Maule M-5 buzz a clearing in which the word 'HELP' has been spelled out using bleached human skulls. Look past these minor shortcomings - focus instead on the comely cockpits and fetching forestscapes - and the first public footage of Remex's commerce-spiced flight sim shows considerable promise. 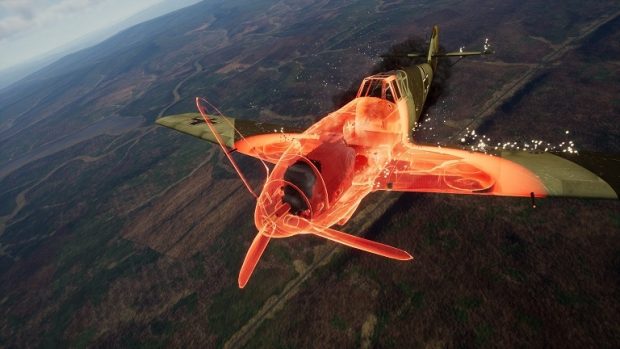 By the time we next meet I should be in a position to tell you whether 303 Squadron: Battle of Britain Hurricanes handle like Hurricanes or Harrier Jump Jets and whether the game's hands-on CMS-style aircraft maintenance feels like a chore or a privilege. Unveiled in Early Access form yesterday, the game is a bold attempt by a relatively inexperienced Polish studio to create a broader, more holistic combat flight sim. 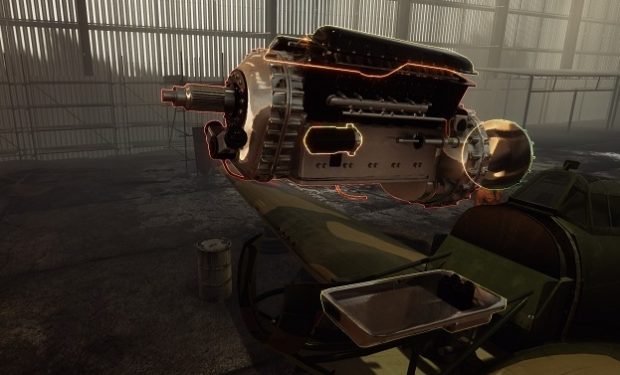 Mooching around RAF Northolt in first-person between sorties sounds great in theory, but if the hangars are bare, the erk and waaf chatter colourless, the novelty could wear off very quickly. Fingers-crossed there's an interesting flyable hack parked in a quiet corner somewhere, and a fellow flier in the dispersal hut always up for a game of chess or cribbage. 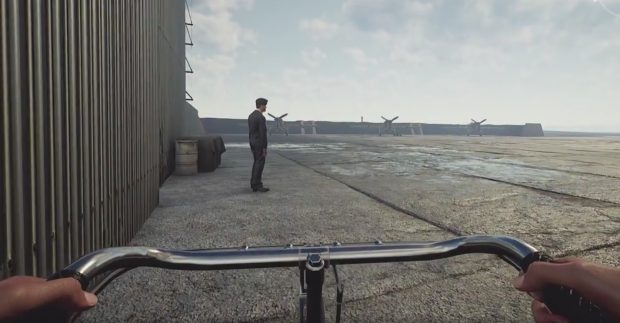 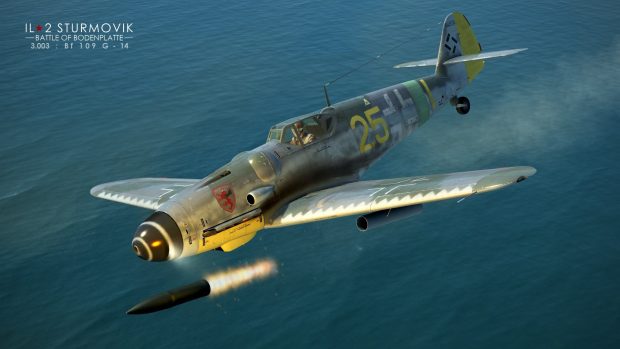 If upcoming IL-2 spin-off Battle of Bodenplatte is to do its late-war subject-matter justice, 1CGS/77 will need to dumb-down their flak crews considerably. During the Luftwaffe's large-scale bid to catch and destroy Allied aircraft on the ground on January 1, 1945, the Germans lost dozens of aircraft to 'friendly' flak flingers who, like the enemy, were not expecting the audacious raids.

Pre-purchasers of Bodenplatte are already flying two of the title's eight stock aircraft, the Bf109 G-14 and Spitfire Mk.IXe. The new Spit is a more capable creature than the 'VB' Neville Novichok flew in my recent Battle of Kuban diary. Pokier– thanks to a two-stage supercharged Merlin - it comes with a fully modelled gyro gunsight that helpfully calculates target lead for you during deflection shooting.  According to historical data, gyro gunsights doubled the marksmanship score of an average dogfighter. Being a very average dogfighter, Neville should benefit immensely from the new tech.