"So we kind of said this is a one time thing. We're all coming together to work on this one project."

That sentiment is very much the spirit of Minit itself. The adventure game where you're stuck in a loop and each life lasts sixty seconds is all about doing as much as you can in the time given to you. It's a magic gem of a game, small and focused. A playthrough will probably only last a few hours but every minute of it will stick with you.

For developers Jan Willem Nijman and Kitty Calis, it was an opportunity to get away from larger projects and do something completely different. Though Minit started out quite differently from the game we have now, with a game jam back in 2012 where Cartoon Network put the Adventure Time IP in the hands of creators.

"So Kitty and I were taking part in the game jam and we always loved Adventure Time and how every episode is such a different story," Jan explains. "We wanted to make a game that basically had little one minute episodes. Where every minute you would walk in a different direction and there would be different stuff, they're waiting for you basically. We actually won the game jam."

"And we got a crossbow from Richard Garriott," adds Kitty.

"So that's where the initial idea came from and then later Kitty and I - Kitty was working on Horizon Zero Dawn, I worked on Nuclear Throne - and we were both wrapping up, like 'Hey remember that game we made for that Adventure Time game jam? Maybe we can turn it into a real thing.'" 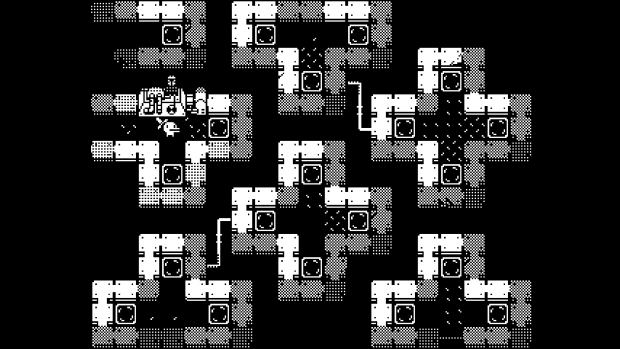 The duo got together and after a successful pitch to Devolver Digital, enlisted Jukio Kallio to do the music and Dominik Johann to help out with the game's art. And if the final game feels incredibly focused, so too was its development as Jan describes it.

"I think we knew from the start that we wanted to make a game that is very dense. Because of the one minute mechanic we couldn't really have filler because if you have to replay that would be boring. So we basically set the rule for ourselves that every screen has to have something. There needs to be a puzzle or a secret. Something funny."

Minit's smaller scope wasn't just a clever stroke of design but a breath of fresh air for its creators. "Coming from bigger projects we wanted to make something small" says Kitty. "You made 1-bit art coming from Horizon," Jan adds. "Which is probably the biggest contrast you can have."

It's the central mechanic, that sixty second loop, which is the game's calling card. How early did they have it in place?

"Right from the start. Pretty much everything is possible in forty seconds. So there's always a bit of spare time. A minute made sense because it's short enough that if you mess up you only lose a minute but at the same time it's long enough that you can do a lot in a minute. It ended up being something that's easy to grasp for people." 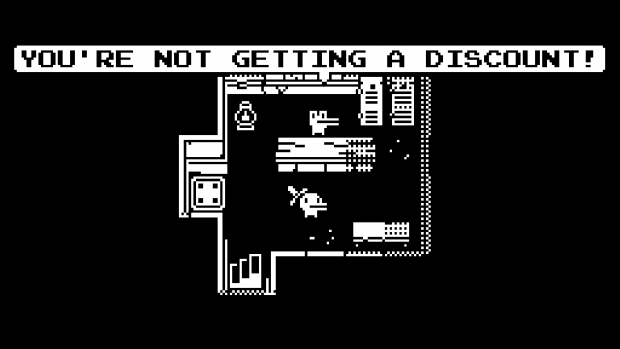 Even aside from the sixty second life length, the game has other constraints that defined the game's direction. "If you play most adventure games you find the red key that leads you to the red door and that sort of stuff" says Kitty. "But Minit is black and white so we couldn't really do that stuff and we didn't want to repeat anything as well. So once we do the push puzzle, we have to do something else."

It's not just the central mechanic that makes Minit special. Nothing feels more vital to the game than its charming tone, which helps balance out the morbid premise.

"All four team members had their input into the world," says Kitty. "A lot of it is little personal details and I think we all share a sense of humour in a way. So it always made sense to us to have something that's cute and charming but it's also a little bit messed up. That always appealed to us. We didn't want to do standard fantasy, we didn't want orcs and goblins and stuff like that. So it's a modern world... Even the gameplay totally informed the humour as well. Like the items: you get coffee to push boxes which doesn't make any sense really but we just took a lot of the tropes from Zelda and subverted it a bit."

But this approach to tone ultimately comes back to the core design ethos, Jan explains. "I guess we just didn't want it to be boring. And every NPC is one little animation and one line of dialogue so we tried to put as much personality as possible in that. It's the same sort of density principle."

Even Minit's approach to helping the player through their game shows more imagination than most, with a secluded haunted house offering a chance to unlock an array of hints and tips in the form of ghosts dotted around the world. Kitty knew they needed something a little different. "We wanted to make a game that's accessible for everyone but without spoiling it. So we came up with the hints system. You switch to the right floor and you go outside and you get little hints but it's not do this, do that, it's just little cryptic hints... It's more rewarding, I feel. Because eventually you figure it out on your own and you're like yes, I did it! That's a cool thing."

This even extended to outside the game. 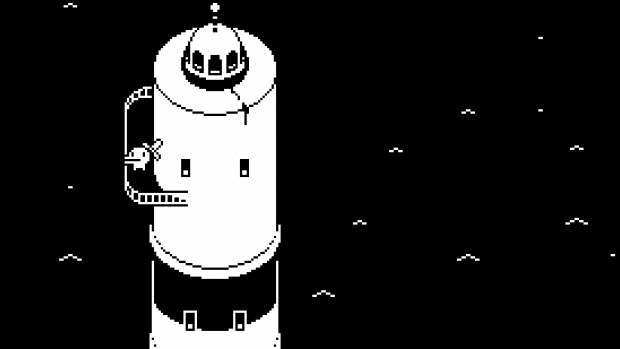 "Right before launch we were a little worried. What if the game is too hard? What if the puzzles are too hard?" says Jan. "So we decided to make that Twitter account for Mary, which was @minitmary, that people [can ask for hints]. Always, when people thank her for figuring out a puzzle, she's like, 'No, you did it, you did it yourself.' And that's the spirit we want to encourage because it's a game about being curious and trying different things."

Minit is so tightly focused that it seems likely there'd be features and ideas that couldn't make the cut, but that's not the case according to Kitty.

"Usually whenever you ship a game there's always a bunch of things that are still on your wishlist but I feel with Minit that we kind of took our time, we didn't crunch. For us it was just, we want to do all these things and if all these things are done then I guess the game is done."

It's rare even for smaller indie projects to come together without crunch or other issues. I asked the team whether they thought such a smooth development was simply impossible for bigger projects.

"I dunno if you want to go really depressing but there's idea in the games industry that games need to be big," says Jan. "And sometimes it's just not possible with the team and the budget and the time. So people crunch. Which doesn't help get stuff done sooner. It hurts people. We lose a huge amount of knowledge because people just burn out and leave the industry forever. They work to the bone in their 20s and then they're like, 'I'm never working in the games industry again.' So it feels like maybe making bigger games for cheap is not a realistic thing. People are expecting it to be possible but it really shouldn't be. So for us making smaller games is actually really exciting." 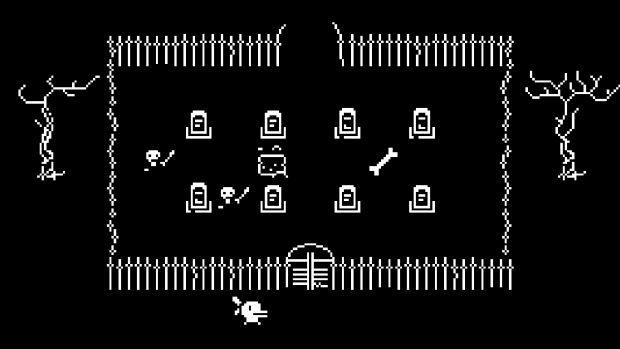 Kitty argues that smaller projects benefit the games themselves.

"It makes you more creative I feel. If you've got one mechanic and enlarge it in the best way possible and create something around it then, because it's so small, you can experiment. With Minit we set our challenges. We can only do one button. We can only do black and white. It forced us to think in different ways. Even though it's a small project, I feel like we did some new things that we had never tried before."

I had to ask Jan, if Minit was such a success, will things loop around again for another collaboration in the future?

"So we kind of said this is a one time thing. We're all coming together to work on this one project. We don't have a studio name. When you start up the game it just shows all four of our names. So I dunno. I loved working with all these people - speaking for myself, they were really great. So who knows what happens in the future. But for now it was just, we're going to come together and make one thing."

That sentiment is very much the spirit of Minit itself.