If you click on a link and make a purchase we may receive a small commission. Read our editorial policy.
Developer: White Paper Games
Publisher: Humble Bundle

The Occupation is a game easily described as ‘flawed but interesting’, which I do agree with, but then you wouldn’t appreciate it if a friend said the same thing about your homemade lasagne, would you?

I didn’t technically finish playing The Occupation, because in the final cutscene I didn’t get the pivotal dialogue option. The characters, who I was supposed to be choosing sides between, just stared at me, unblinkingly, like two ideologically opposed owls. I wasn’t even narked that it bugged out. Do I pick the right wing anti-immigration capitalist pigdog with bad glasses, or the left wing bleeding heart who is also a terrorist? Classic. Who can be bothered?

Flaws, yes, flaws a-plenty. But up until I was forced into a mixture of industrial and regular espionage, I was having some of the best fun I’ve had in a game for ages. 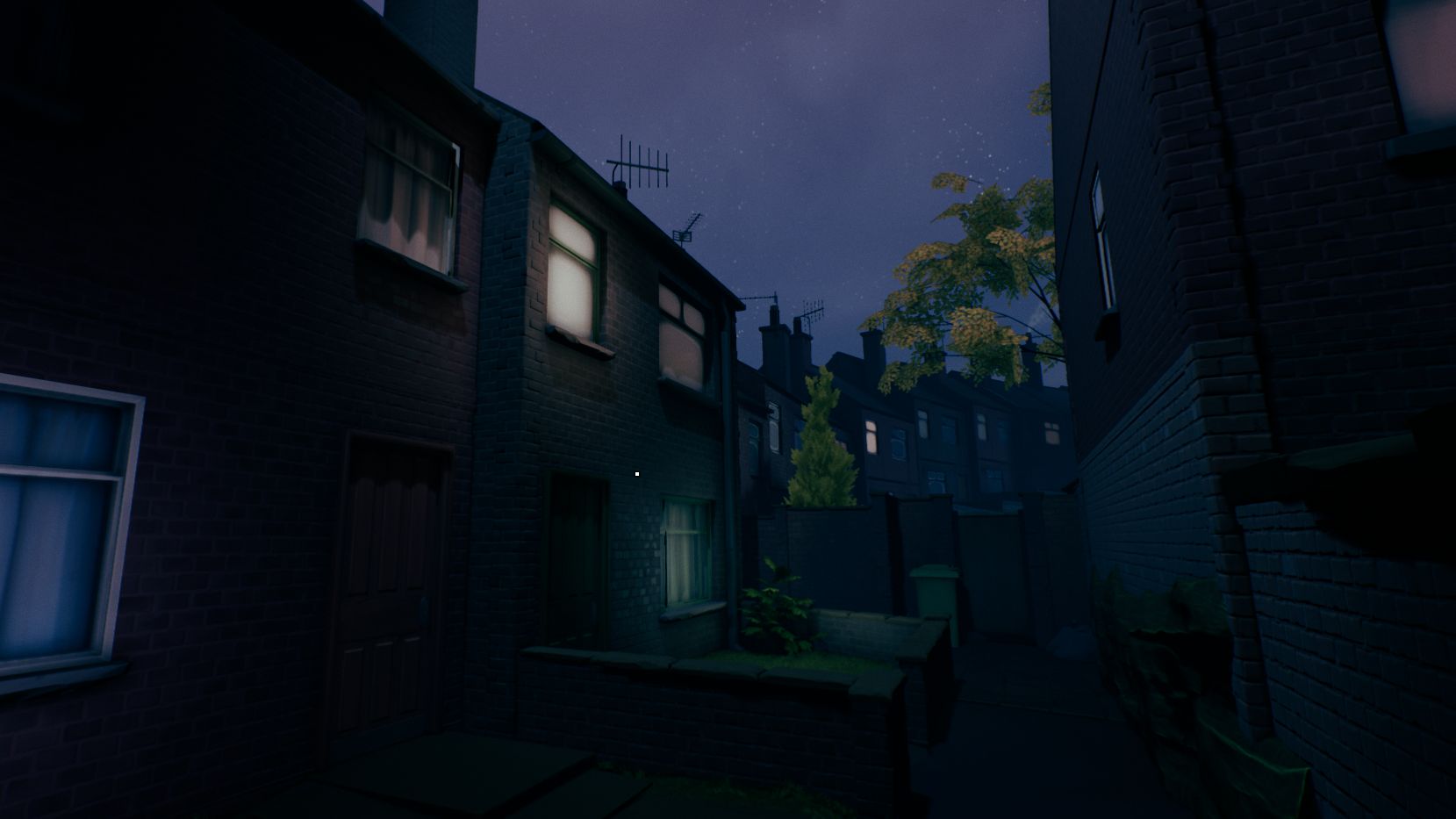 The Occupation is an investigate-‘em-up set in a mid sized town in the north of England. It is the 80s. The country is tearing itself apart over mass poverty, cuts to government services, and immigration levels. What’s old is new again. It’s very fun, by the way, seeing a game set in the U.K. that actually looks like the U.K. and has accurate regional (even Northern!) accents to boot, rather than someone giving it their best “U WOT M8? ‘AVE A BANANA!”

Anyway. One semi-privatised wing of the government called Bowman Carson proposed a draconian law that will both 'send ‘em back' and 'stop ‘em comin’ in the first place', with a healthy side of monitoring all citizens’ activity in general. When an explosion destroys part of the offices, Alex Dubois, a BC employee and an immigrant, is declared the culprit. Weeks later, enter you, investigative journalist Harvey Miller, to find out what actually happened.

You’ve been granted interviews with employees at Bowman Carson, but you turn up early to get extra sneaking around time, searching for evidence to support your hunches. Most of The Occupation is spent stealing computer passwords, eavesdropping, and faxing documents to your associates, whilst avoiding the peering eyes and bouffant hair of the employees. Here is The Occupation’s lovely brilliance: the game is in real time. So you have exactly an hour. Time has rarely felt so precious in a game, and The Occupation does it without giving you a dwindling oxygen supply or a daughter about to turn into a zombie or other nonsense. It just gives you a watch. 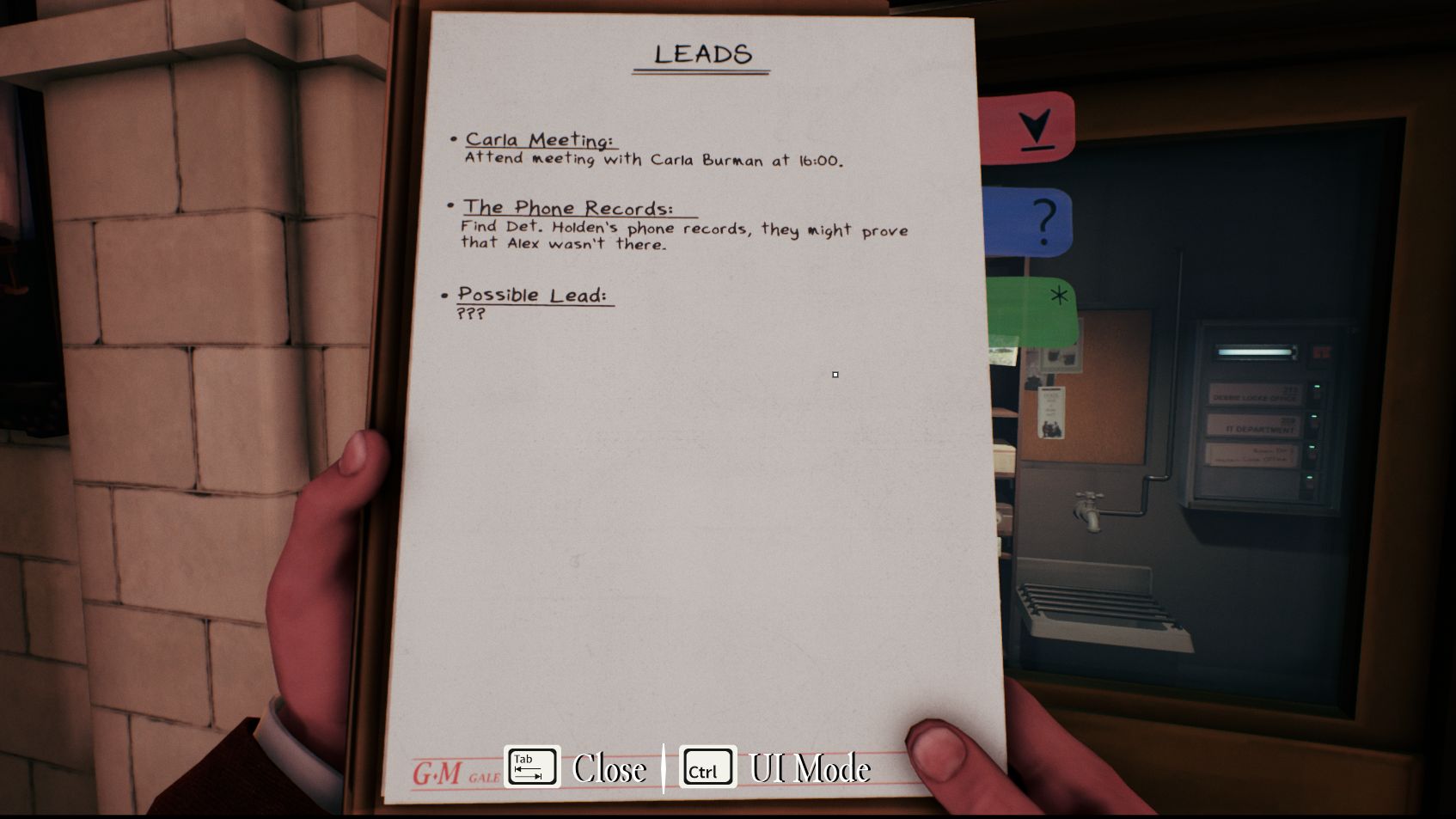 You can overhear employees talking about their routines. You can half-inch memos or notes that tell you so-and-such will be in the printing room at 3:30. You’re only allowed in certain parts of the building, and if you’re caught too often by security they’ll take you back to the front desk (and you’ll lose 15 minutes in the process). The controls allow you to move slowly or quickly, so you can peek through a door or dramatically tear open folded notes. And the game does a brilliant job of making some seconds feel like hours, while employees go in and out of their offices and Steve the guard does his rounds.

You can set a timer and alarms on your watch while you slip in and out of rooms. A safe needs two entire minutes to cycle through its unlock protocol, and the chunky, creaking computers of the 80s take an age to check if your login attempt was correct. Drawers in filing cabinets open at a glacial speed, and with a terrible drawn out screech that you are certain can be heard in every room in the building. I have never felt more like a journalist than when I was rifling through a box of files whilst keeping on eye on the office door. Then you get to slap down evidence in front of a lying witness, evidence that you stole from her office not 20 minutes ago! Take that.

The first hour of this is glorious, with threads doubling back on themselves and winding everywhere. The answerphone tape I need isn’t in the right office, it’s being repaired. No, wait, it’s been repaired already and is in the employee safe near lost and found. I need the right keycard to open the safe. Where to find it... Lovely stuff. But over the following four hours the game gradually switches from stealth investigation to stealth puzzles, which is not quite the same thing. The BC offices are full of security gates of different colours, which require corresponding ID cards. They also corrupt any floppy discs you carry through them. More and more of these are added, so The Occupation becomes less about following breadcrumbs to find clues, and more about transporting clues around like an unpaid and very specific kind of Deliveroo courier. 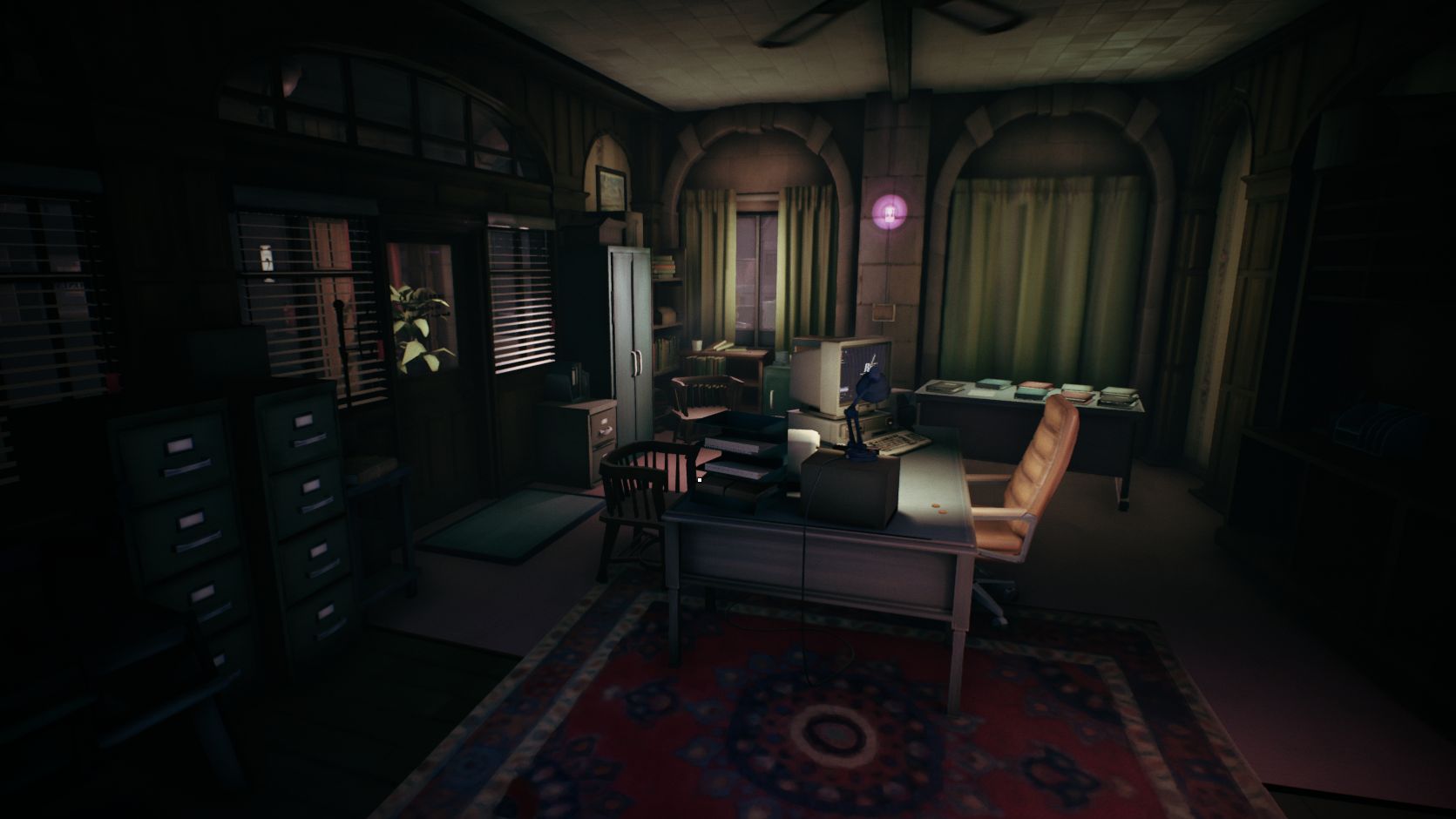 At the same time, the plot increasingly involves you, personally, in the political intrigue, culminating in the aforementioned final scene. Really I’d rather have just written up my story about it like a good little journalist, and moved. It’s not even really a mystery, because, Columbo style you’ve already seen what actually happened. In the later levels, running about trying to reboot and/or wipe computers, I was extremely shit at being a hack and only saw pivotal pieces of evidence rather than getting copies of them (and it would be nice if the game accounted for this by, for example, my being able to bring up that I’d seen the treacherous risk assessments, and my interviewee challenging me to prove it, scumbag).

At times I wasn’t sure if it was entirely my fault I was a shit journalist, though. For some reason I wasn’t able to access my inventory at all, and sometimes I wouldn’t get the option to put an object down once I’d picked it up. I could only stuff it in my briefcase. I was walking around with my pockets full of notes that I couldn’t even look at. Once I got stuck in between some scaffolding, and another time one of the security guards disappeared entirely, except for his voice plaintively complaining every 45 seconds that one of the alarms was sounding. The Occupation only saves at the start and end of each hour long segment, which would be a nice touch in a real time game that didn’t also have bugs backing you into an impossible corner.

The best bit of The Occupation is creeping around and scrabbling through paperwork, and that bit is bloody brilliant. Can someone make a game that’s just that conducted in different shady corporate offices, and without the bugs or a tired political story? The nicest layer of the flawed lasagne: being a sneakfuck and listening to voicemails that don’t belong to you. And then, presumably, getting a chat show in America and a job on morning TV.