What lies behind door 16 is a mystery. Open it and begin your search for answers.

Katharine: Not content to send up one genre of gaming, The Hex takes aim at practically every type of game going, from platformers to RPGs, top-down shooters to turn-based strategy and everything in between. It's a both a celebration and gentle probing of what makes games tick, and the best thing about The Hex is that it lets you break and hack every single one of them in order to solve the mystery of why its extensive cast of characters have all been called to a spooky bar in the middle of nowhere, and who will be the one to commit a horrible murder that same evening.

It's a brilliant conceit - I particularly love the idea of a fighting game character 'breaking free' from their eternal face-mashing to become 'OP' as the kids say and get banned from play - but one of The Hex's greatest moments is when it appropriates your own Steam friends list in order to make fake user reviews for its opening platformer sequence. 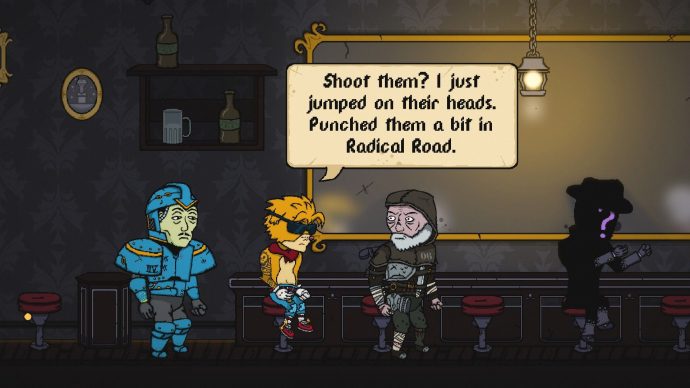 You play as Super Weasel Kid, a mash-up of Mario and Sonic that appropriates the former's jumping antics and newly spiked goomba enemies and charts the latter's descent into 'too cool for school' territory until he fades into irrelevance. You can see his demise play out in the 'games' themselves, each sequel getting further away from what made it good in the first place, but there's also something inherently cheeky and hilarious watching other real people you know react to Super Weasel Kid at the same time, especially when it's fellow RPS-ers Brendy and John singing his praises before tearing him a new one moments later.

It also gave me pause, though, reminding me what terrible monsters we can be when reviewing games, both as critics and consumers alike, and how difficult it must be for devs to please the unrelenting tide of the masses who demand this that and the other ALL THE TIME. Few other games have made me take stock of how we interact with this most favourite pastime of ours this year, and that alone deserves to be praised and absorbed by as many people as possible.

John: I love the idea of The Hex having its official ending in another game more than I like the idea of actually having to go find it. But I still love that it did it. And I love that having finished the great game, I've still got so many questions. It's a game where you just want to find someone else who's played it, and then ask them everything they're bursting to ask you. 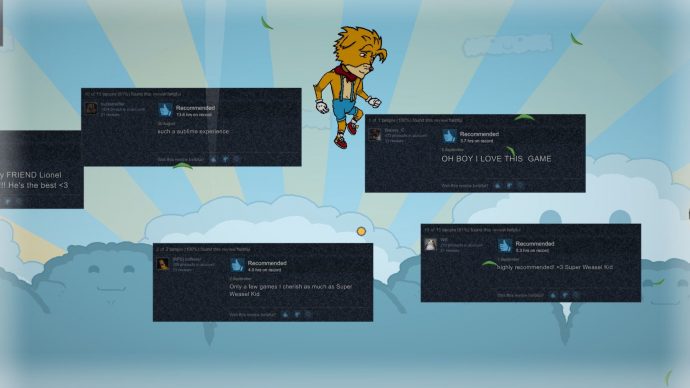 Looking back on it feels less like a game, and more a collection of memories. Which is pretty apposite, I suppose, since so much is told as individual characters' flashbacks. Jumping through a platformer made of negative Steam reviews, punching my way through a beat-em-up that slowly turns on itself, and best of all, those turn-based strategy sections where you use game cheats like magic spells. (I still so desperately want someone to realise that idea as a full game.)

It certainly had far too much of its rather saggy RPG section, but then I really didn't mind when it was in the same game as one that had me laugh so loudly through a hand that had gone to my mouth in shock.

Daniel Mullins has such a smart approach to games-as-games-criticism, somehow managing to make something that avoids belly-hole introspection, yet so searingly and often scathingly presents both gaming, and the culture surrounding it, as a satisfying game itself. I still think he did this better with Pony Island, but The Hex is a wonderful companion. I really cannot wait to see what he creates next. 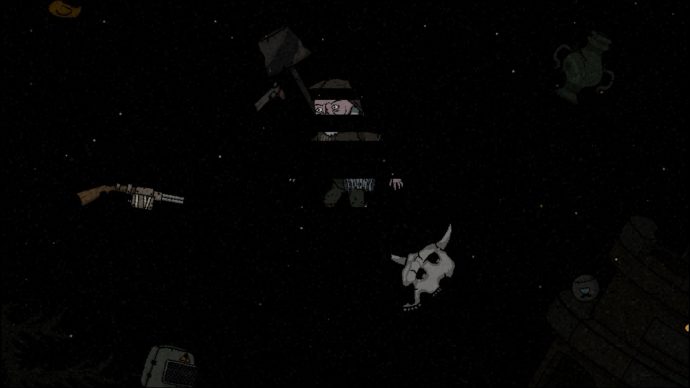 Alice L: How can a game be like so many games you've played but at the same time be nothing like any game you've ever played? I dunno, but The Hex nails it. There are a few moments that linger for a little too long, but mostly it's snappy, intriguing, and just asking for you to play more. It enables you to reminisce over games you’ve played and loved, and be surprised by something new all at once.

The familiarity of it is enticing and keeps you hooked, but it was the initial chatter surrounding The Hex that pulled me in. It's hard to say a lot about it without spoiling it, and the only reason I decided to dive in was because of the mystery surrounding it. I’m so glad I did.