It's day 22 and, uh, maybe we shouldn't open this door. Let's just bolt it closed, even. We're safe out here and whatever is in there should probably just be left alone.

It’s just... well, it’s just better, isn’t it? God, don’t make me explain this. What do you think I am, a professional expresser-of-opinions? 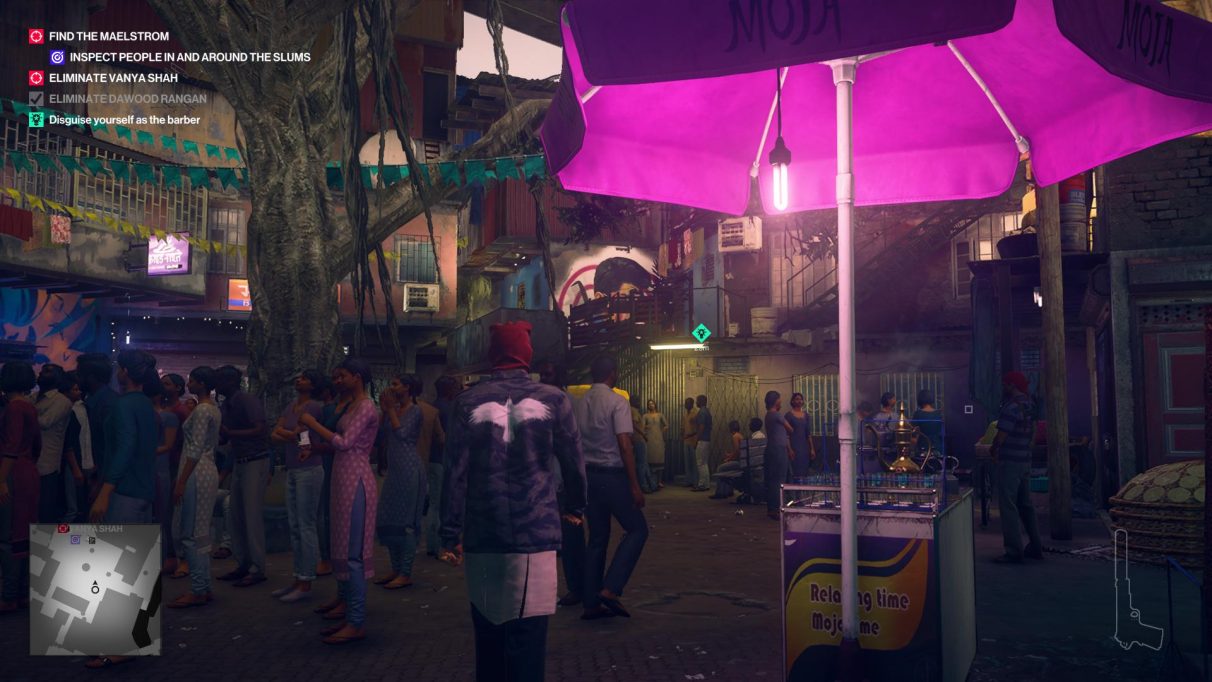 On the one hand, my sense of slight – slight! – deflation when I played Hitman 1 2’s tight but not-terribly-expansive Colorado level, and to a lesser extent its subsequent Japan one. That feeling that this game of Infinite! Possibility! had suddenly sprinted into the stadium wall and could take its ball no further.

On the other hand, laughing, actually laughing as Hitman 2 2 kept on pushing the scale out, far past the point that had hitherto seemed possible, or reasonable. Cackling as I went through a subway tunnel to a whole other part of Miami I hadn’t even realised was there, hooting deliriously as I got lost, actually lost in Mumbai, damn near cartwheels as the gothic castle of the climatic map somehow felt like an entire world.

The only thing that's worse this time around is writing about it, because of course it's great for mostly the same reasons as last time. If I was to pick one thing that feels improved - because it's not the back-of-the-box ability to hide in bushes - I'd say it was tone. 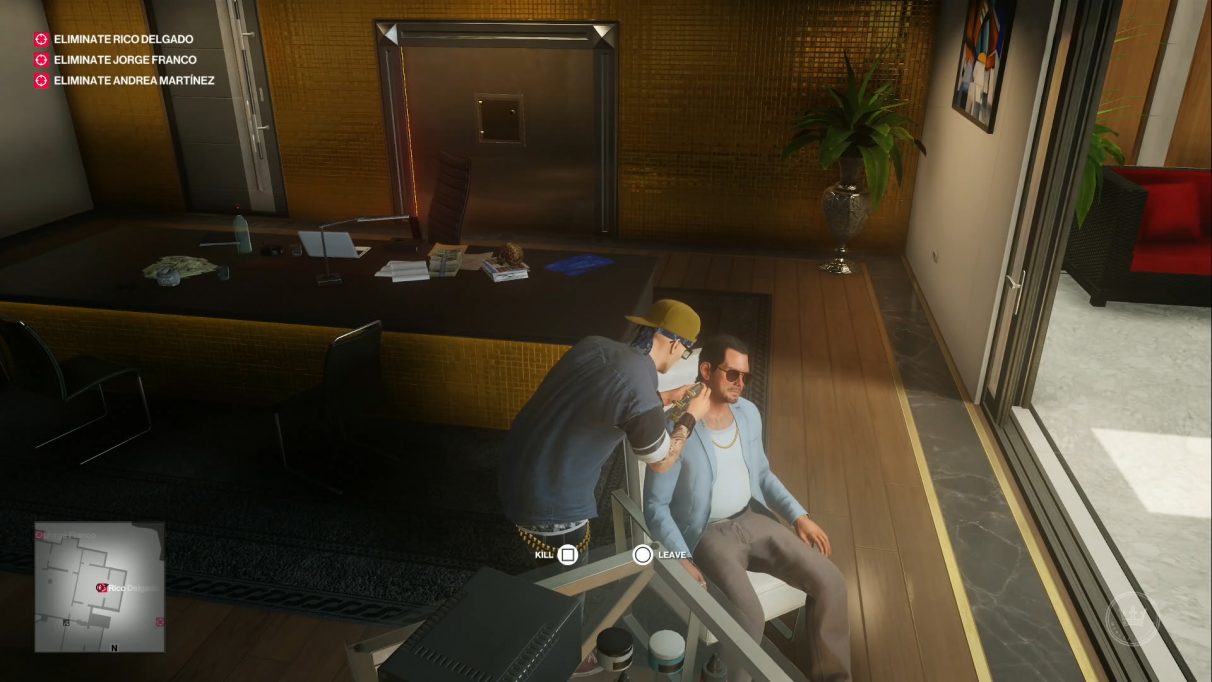 Across the whole series, Hitman has swung wildly from dry Euro-thriller to bird costume farce to B-movie pulp to polished Bourne-like. Hitman 2 still has over-earnest cutscenes telling a story I swear no one has ever cared about, but the missions themselves have finally found the places it needs to be serious and the places it's better to be silly. Serious: your targets are bad, powerful people who do bad things, thus creating a framework where you can at least tell yourself your deeds are justified. Silly: 47 dressing up as a hippie drug dealer, tattoo artist and drummer (complete with ability to play the drums on stage) in a single mission in order to commit said deeds.

It'll be another couple of months before I'm done with Hitman 2, I reckon, but I know I'll be ready for more as soon as I am.

Alice L: There is nothing more exciting in gaming than figuring out the most entertaining way to kill someone. I learnt this from a young age when I first sat with a friend and purposely killed a Sim in a swimming pool by - you guessed it - removing the ladder. Hitman 2 isn't much different to that.

OK, it's a lot different. It's a bit more graphic, a bit more brutal, and just a teeny bit more calculated. But in both games I love messing around with the locals and confusing everyone with my outfit changes. In just one level of Hitman 2, Agent 47 has more costume changes than you'd see at a Little Mix concert, and I can totally get behind that.

Disclosure: I'm friends with a level designer at Sumo Digital who worked on the game. 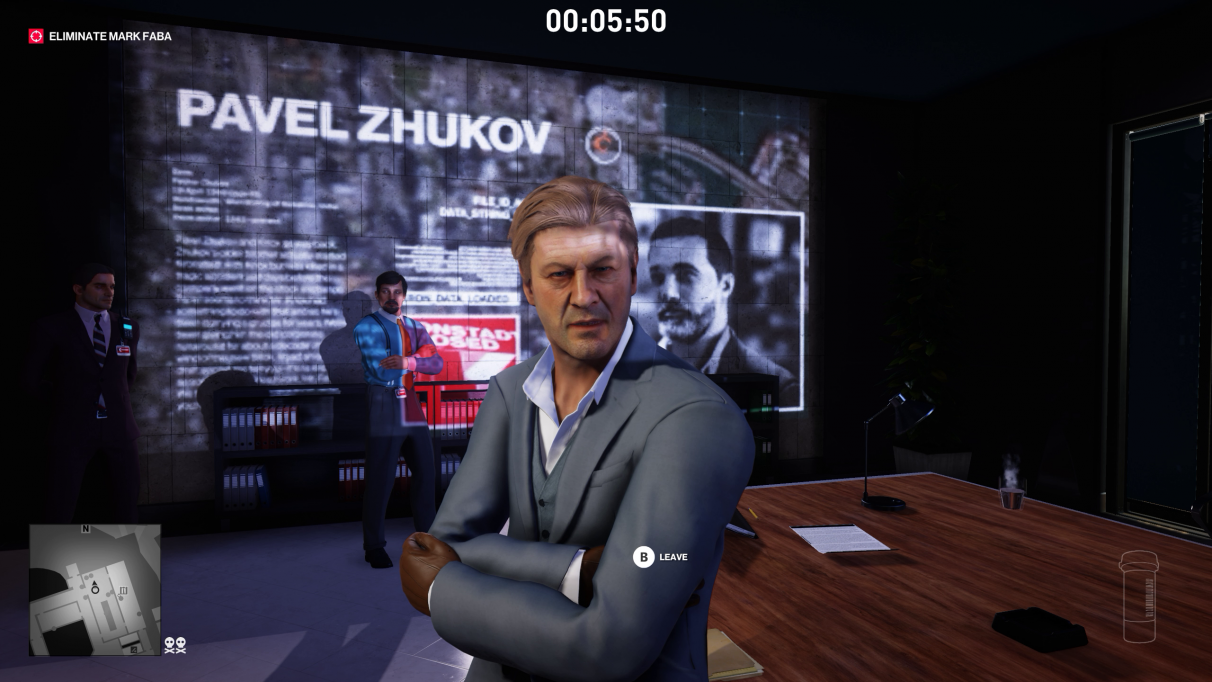 Matthew: If you’d told me at the start of 2018 that by the end of year I’d have killed Sean Bean by distracting his bodyguard with a thrown doughnut and poisoning his coffee, I’d have said “oh, so they’re making another Hitman then?”

This stuff just doesn’t happen in other games. Where else would you lure a target into an empty house by dressing as an estate agent - but not doing the deed before you’ve given him a full eight room tour, complete with sales pitch. Where else do you complete a level by helping a rival assassin take out your targets for you? Where else can you hide in a coffin and then pop out at a funeral to murder a mourner? Oh yeah, that last one happened in Hitman Blood Money - but this is still a delicious homage.

The more ‘scripted’ kills may not be what everyone comes to Hitman for, but I’ve loved uncovering them. More so than in Hitman 2016, the signature takedowns alter how you see each level - tackling Columbia, say, in a stolen militia uniform is an entirely different proposition to stalking its guards through the long grass in Agent 47’s civilian clothes. That bit I mentioned about helping a rival killer is a perfect perspective shift, as you try and jostle people into positions where you’ll know they’ll be in the sniper’s sights.

And once you’ve done all the horrible stuff IO planned for you, there’s that score chasing game to get hooked on. Ignore the global leaderboards and get your friends in on the action - battling to skim a few seconds off my runtimes has been a highlight of 2018, even if the sods over at PC Gamer have been dominating the top spots. Still, bet they didn’t kill Sean Bean with a doughnut.