True fact: you can only take two RPS team members with you on any journey. Do you take John, who knows where to stand on the platform so he's in front of the doors when the train stops, and Alice Bee, who always has an open bag of cheddar at hand?

Yes, that's exactly who you take to open door number 4...

Alice Bee: I love point ‘n’ click adventure games, because they got to me at a formative time. One of the first games I ever played was Day of the Tentacle. Then The Curse of Monkey Island. I worked around the LucasArts/Lucasfilm stable for a bit. Adventure games will stay with me, like everything else that touched me between the ages of 10 and 16: scented gel pens; Blue WKD; crushing parental disappointment at GCSE results.

They tend to be ‘if you liked Monkey Island, then check this out!’ games, though. They come with a caveat built in from the ground up, usually even in the press releases, because they scratch a specific kind of brain itch. And often they aren’t very good, but I play them anyway, because of that itch. But Unavowed is very good. It’s the ‘if you like video games, then check this out!’ kind of game. 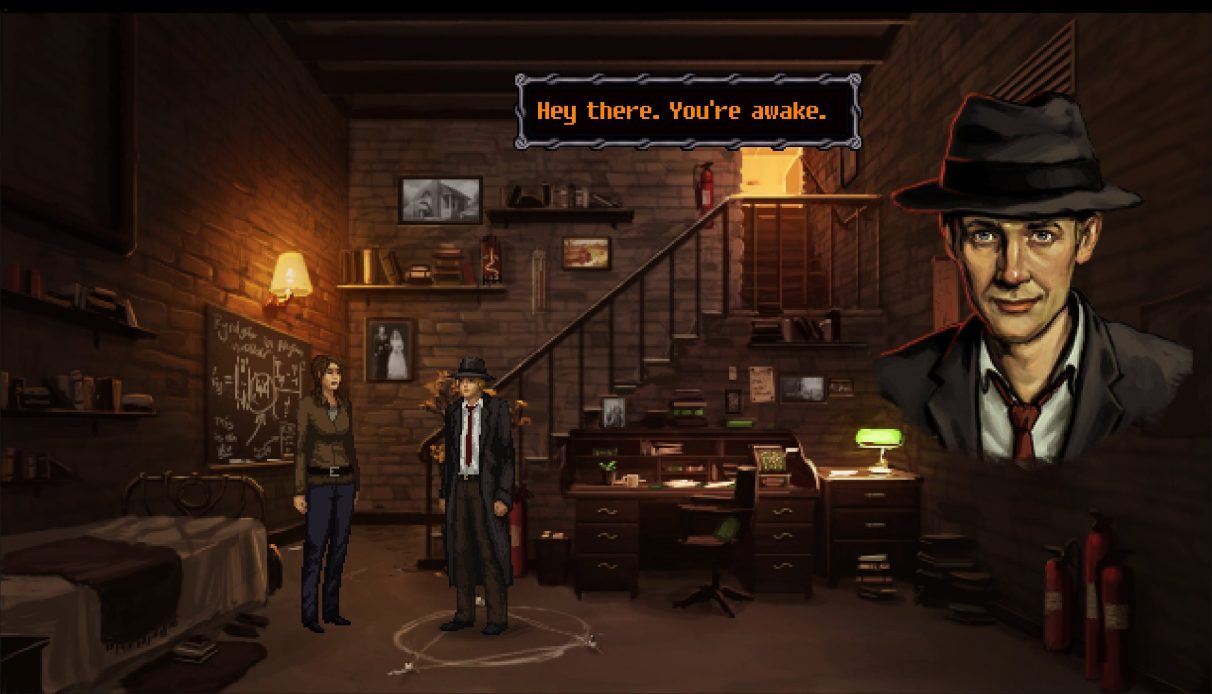 A band of cool misfits teaming up to solve supernatural crime is extremely my jam anyway; it’s basically every TV show I regularly watch. But Unavowed has so many twists and turns and entanglements, and the characters are so beautifully drawn, in every sense. You want to play it over and over again, not just because you can pick three different origins for your character (what’s the word? Replayability?), not just because puzzles have different solutions depending on who you’re with (the strong lady will throw a brick through a window; the police detective can shoot it out) but because of how the different members of your squad talk to one another.

Backstory and personality are revealed in the incidental party banter, but you can only take two of them with you on a mission. Different situations can trigger different conversations, so all together there a lot of possible combinations. Eli the fire mage was my favourite. He is preternaturally long-lived, and watched from afar as his children grew up and then aged past him, having faked his death to protect them. He is well-mannered in an old fashioned way, but deeply sad and conflicted. And like any of the characters, you find most of this out by walking around in the rain in New York, waiting for your team to talk to each other. And the weird thing is that you want to. 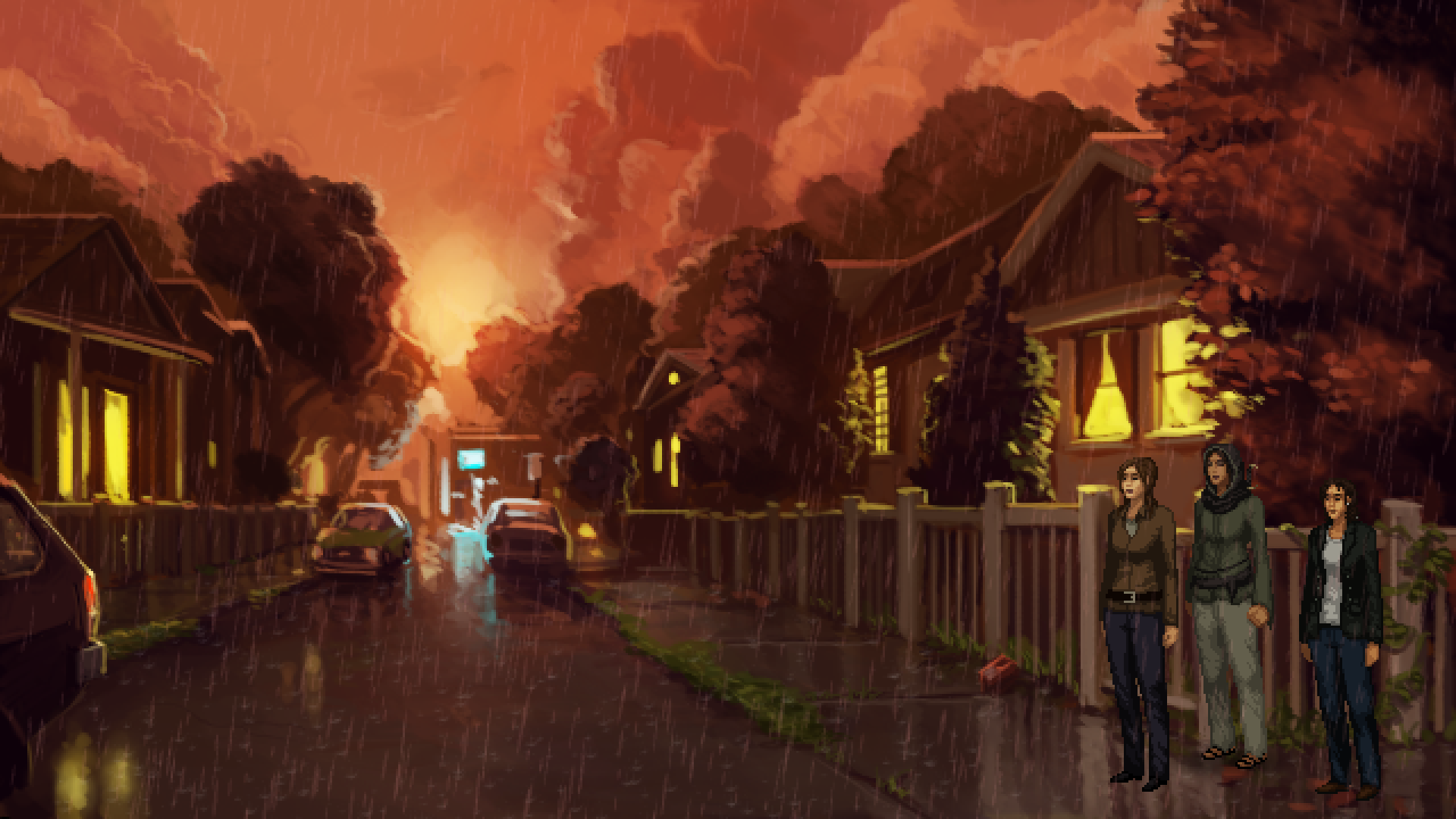 Dave Gilbert has always shown a deft had at creating great stories and decent puzzles in a very traditional fashion, and using Adventure Game Studio meant they also looked like the classic early '90s games they were in the spirit of. But in Unavowed, by intelligently lifting key elements from RPGs, he adapted a genre that has been stuck for decades and showed what else it could be.

Of course, it could be argued that it actually all happened the other way around. That RPGs picked up where the adventure game became stale, took the best elements of the conversational choices, the impactful decisions, and put them in a whole other genre. Unavowed perhaps marks the reclaiming of this, using the ideas BioWare developed (until they forgot them), letting you choose between companions have having accordingly different experiences, having different decisions have different consequences, and even changing the puzzles you see depending upon how you play.

Whatever it might be, Unavowed shows that there is still life in the old genre yet, that there are new places for pointing and clicking to take us. And frankly, if one man can do it, then teams should be able too. I desperately hope this sees others try to follow, although I feel wearily certain in a world where adventures can only ever be minor indie niche hits, it's incredibly unlikely they will.

But this year it matters not, because we got the wonderful Unavowed, and for now that's lovely.