We've passed the halfway mark on this year's RPS Advent Calendar. Unfortunately, door number 13 is protecting us from the absolute anarchy on the other side. Do you dare?

It's Streets Of Rogue! 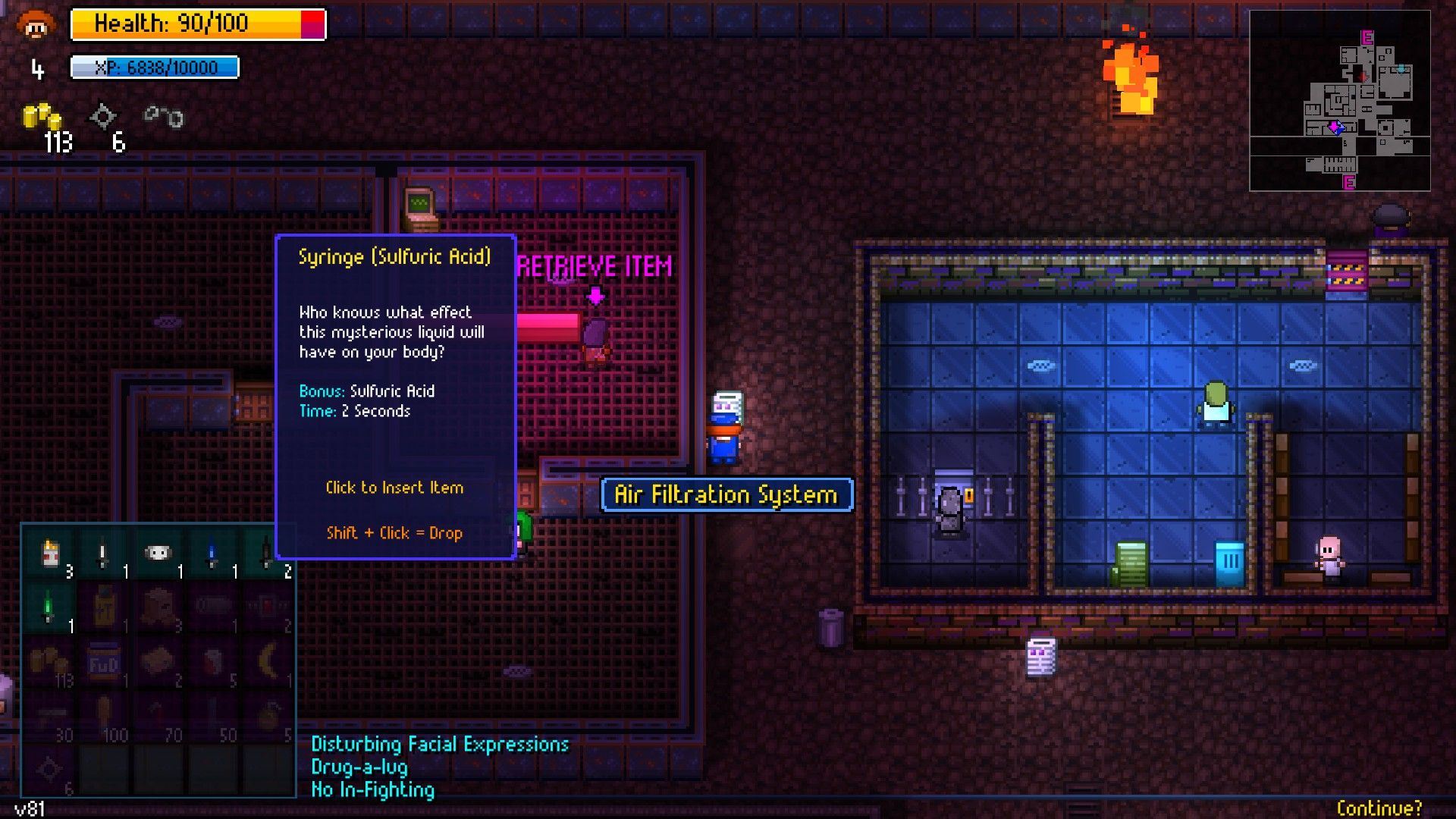 Astrid: Streets Of Rogue is one of my favourite rogue-adjacent-ish games. In many ways, it's the closest thing to a tabletop RPG I've played in the digital realm - at least in terms of how open-ended it is. I also like it because, as a smoker, it allows me to exist in a world where the addictive substance that chains me down doesn't produce any negative side-effects whatsoever.

I went on my first ever (voluntary) run outdoors recently, and I somehow managed to do a whole 5km, admittedly with a few breaks. I'd never have expected to be physically capable of such a thing, and it seems that neither were my lungs. I couldn't stop coughing for two hours. Probably because of all the smoking. I can run forever and ever in Streets Of Rogue, though, no matter how many smokes I choke down. Just imagine how unstoppable I would be.

Sin: I don't have a favourite genre so much as a favourite... ethos? Principle? Style? Well whatever it is, it's when a game has enough structure and content to sustain itself, but also lets you dick around however you like. Not a sandbox filled with sand (which, let's face it, lets you do one, maybe two things) but a game that lets you rummage through a shed full of toys and then out into the whole playground to see what you can do. It's generous, showering you with items and in-game currency to unlock more goodies and mutators. The given characters already make for lots of playstyles, even before you start creating your own. That too lets you go wild, ignoring balance if you like.

It could use more variety in objectives, true (although there's a mutator that lets you ignore them anyway. Or replace permadeath with a 3 lives system. Or make everyone look like a gorilla). But something about the opening track of its first level cries out to me with a gleeful "Okay now... go!", and everything from there is irresistible. Of course I'll snatch the gun and truncheon right out from a cop's inventory. Of course I'll hack into that cloning machine. Of course I'll play as Black Dynamite and summon his friends to smack a drug dealer through a building. It's the fluffiest, laziest writing to say that Streets of Rogue is "just fun", but that's invariably what I end up saying about it. It's simply a joy every time I play it.

Nate: I'm totally with Sin on the music. Even though I've not played the game since we Couldn't Stop Playing it that one time, I still sometimes find myself doing the first level tune to myself under my breath when I'm trying to get really pumped up for something.

In retrospect, I think the thing I liked most about Streets was how utterly relaxed it was about the whole concept of balance. It seemed to be well aware that some ways of playing were always bound to prove massively more successful than others, and it was absolutely fine with that. And it's not like there weren't a ludicrous number of things you could do to make things harder if you were finding it too much of a waltz, so I was absolutely fine with it too.

I think, when you've got a game with as many interacting systems as this one, it's the right approach to take. I can only imagine the horror involved in trying to fine-tune the balance of such a machine, when failing to account for any one of a hundred variables could lead to unforeseen emergent chaos. Better just to take the approach of throwing new things in at any old power level, seeing what happens, and then maybe throwing in some more wildly powerful elements, if you feel it still needs levelling out. A bit like cooking when you're shitfaced, I suppose.

Unforeseen emergent chaos was pretty much the whole USP of Streets of Rogue, so I'm glad it wasn't more carefully thought through. If it had have been, I might not have been able to annihilate so many apartment buildings while temporarily being a giant gorilla. And that, after all, is what Christmas is all about.