We've checked our list, we've checked it twice, we've decided which games were naughty or nice. We've then cursed the games on this list to reside behind the doors of an advent calendar, and only you can set them free. We're videogames Santa, we're out of control, and these are the best PC games of 2019.

Here's how it works: from December 1st to December 24th, we reveal one of our favourite games from the year. Each game gets its own post which you can click to reveal our selection, and inside you'll find our words on why we love that game so much. Yes, our words are better than chocolate. The games are revealed in no particular order, except for December 24th which is definitely the objectively best game of the year.

You can access the posts via the homepage or by coming back to this page each day and clicking on the doors below in this year's beautiful calendar: 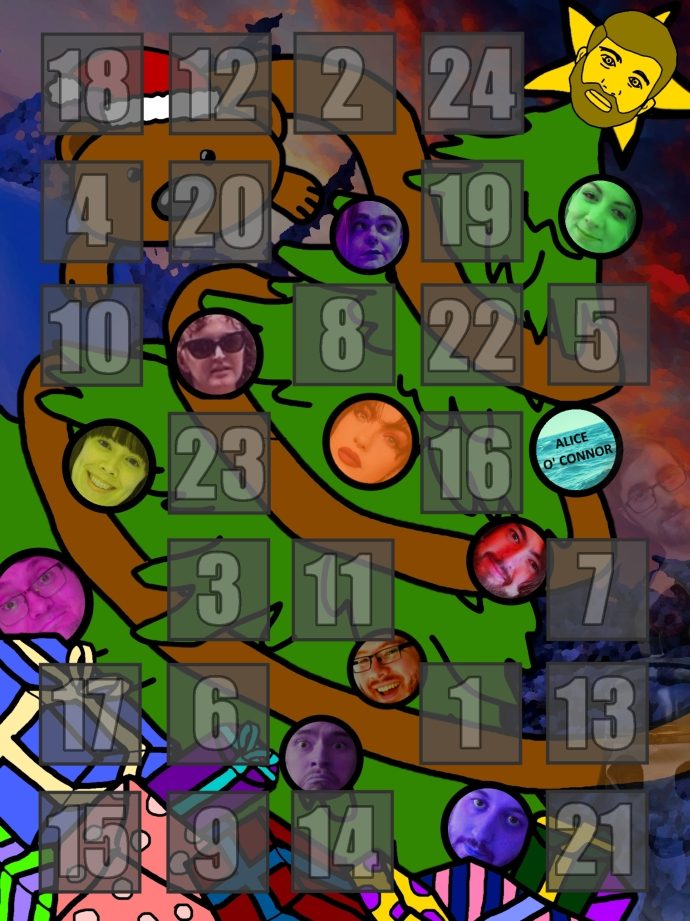 Each new day will be revealed at noon.

There are more rules, each one designed to allow us to do whatever we want with the least amount of complaints. In short: any game from 2019 is eligible, whether it was released in early access, as a finished game, or as a finished game after four years of being in early access. Any game that feels 'of' 2019 is also eligible, so we can award games that received an update which made them feel new.

The selections themselves are made via a voting system. Every full-time member of the RPS team is given 10 points to spend as they wish across the year's games. They can give one game 10 points to make sure it gets on (or wins) the list, or they can give 10 games one point each, or anything in between. This is so that one person who loves a game can get their game on the list over 3 people who only like a game. In the event two games have the same number of points, we surrender ourselves to having an actual conversation about which games to include.

You'll have to wait till Christmas to see the full list, but you can start speculating now in the comments below.