This is your reminder that you only have one full weekend left to do Christmas shopping. But there's still time to open door 15 on the RPS Advent Calendar. Switch off your targeting computer for this one. 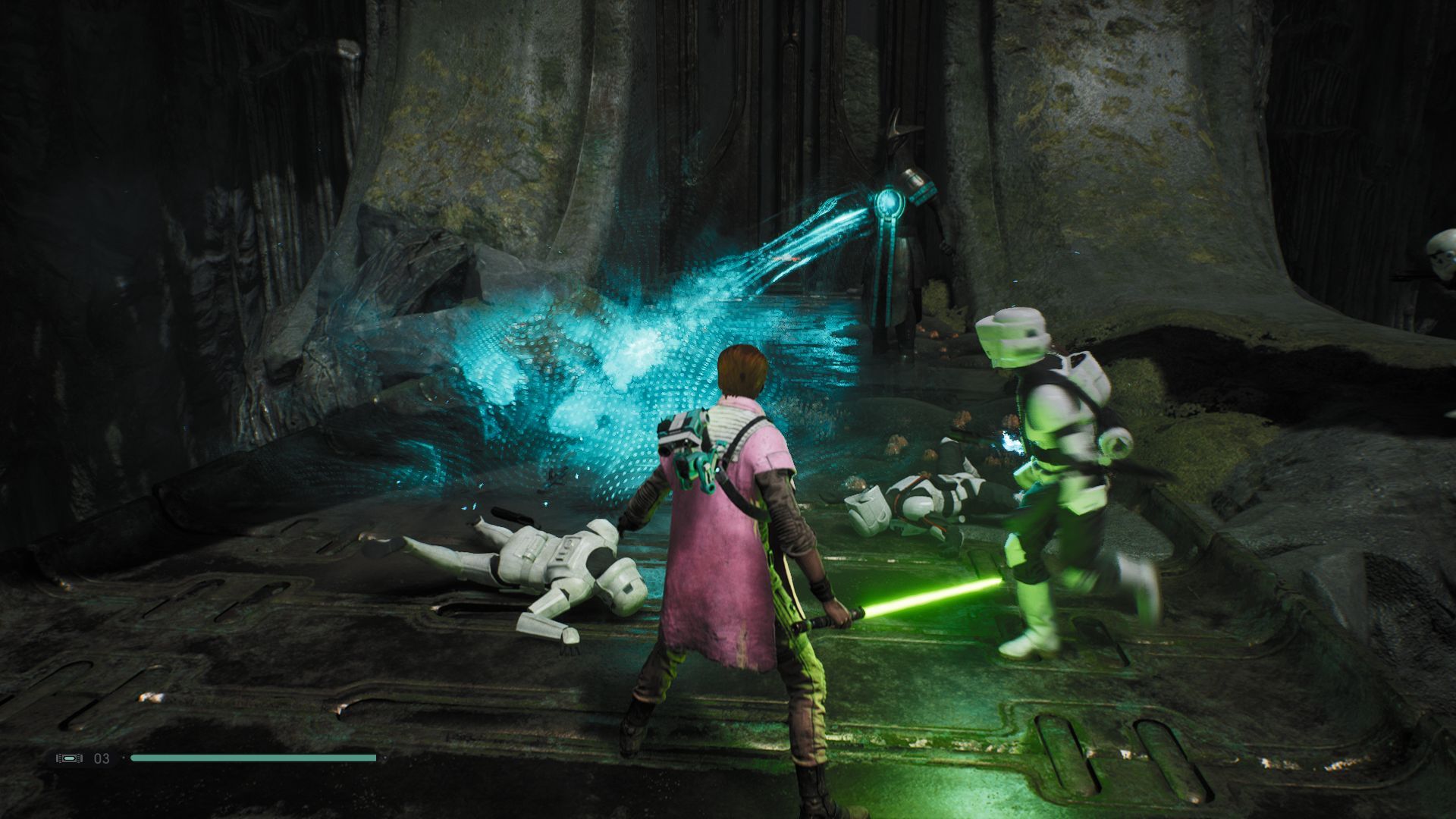 Ollie: I think it was a mistake to replay Sekiro: Shadows Die Twice in the leadup to the release of Star Wars Jedi: Fallen Order. Sekiro is perfect. Sekiro is music and dance woven into deadly swordplay. In every way that matters, Sekiro is just a better game than Fallen Order.

Except it isn't. Because Fallen Order has lightsabers. And Force Powers. And lightsabers.

I felt so incredibly torn playing through Fallen Order. I hated the fact that the excellent, engrossing combat segments were broken up by extended platforming and sliding and puzzle sequences. I hated how lethargically you'd climb walls, and how late into the game you get the upgrade which allows you to climb them more quickly. I hated the constant framerate drops. I hated that the camera would flip out at times and render you unable to see anything that's going on. I hated that there's no fast-travel option, and that you had to spend ten minutes platforming your way back to your ship from the other side of the planet whenever it was time to head somewhere else. I hated that the yellow tint of an enemy that previously killed you would obscure the red tint that signals an incoming unblockable attack. 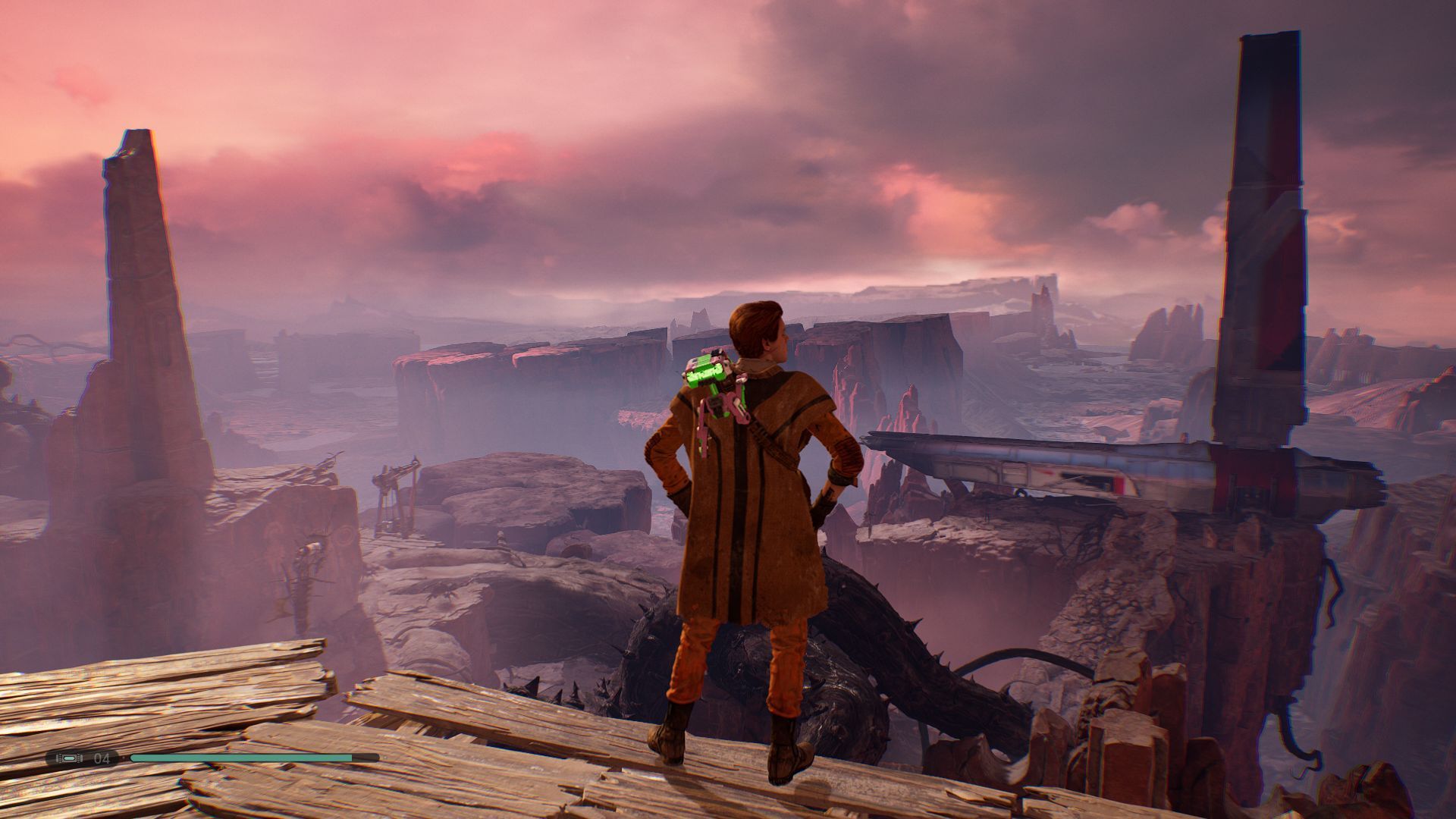 Dave: There's a lot of crossover between what Ollie said and what I currently think of Star Wars Jedi: Fallen Order. I'm still wading my way through the first few planets, but it's scratching the particular itch that Sekiro left. I still prefer FromSoftware's samurai epic, and I could have done without the bloat of platforming, but Fallen Order is still very good.

The lack of fast travel is a bit of a drag, but the inter-connected levels are full of shortcuts and they have the same intricately designed feel as, dare I say it, the first Dark Souls. Finding a hidden boss fight with an albino spider away from the main path remains a highlight for me.

I also enjoyed the story of unearthing the secrets of an ancient civilisation, while being hunted by an anti-Jedi taskforce on the side, like. Main character Cal may have a personality that's as flavourless as a table water biscuit, but it's hard to claim it isn't fun to use lightsabers to deflect blaster shots at AT-STs, or force powers to send enemies flying into walls.

Alice Bee: Such cautiously qualified praise from my force bois! Not so from me, the real fan. I am still enjoying the lack of fast travel, because I appreciate the maps even more and I learn their little secrets. Oh, alright, Cal is boring. But it's okay, because he carries his personality on his back, in robot form! Good ol' BD-1.

I think a hefty part of Fallen Order's charm is probably carried in a big branded bucket marked, crudely, in crayon, with U LIK THE STAR WAR, but I do like the Star War, and they've done all the Star War bits exactly right. And listen, the rest of the charm is in cool wall running bits, slugs with the head of a big sheep or something, and having a little terrarium of alien plants on your spaceship.

It's about time we had a decent first person adventure again - especially one where people don't argue about it being art, or whatever. I don't care what the meaning of life may or may not be. For now the meaning of life is: killing space fascists. Fallen Order is honest and solid, like a big ploughman's lunch. But made out of that grim blue milk, probably, to make it all sci-fi.

Also, you can give the small personality robot different paint jobs.