Only a couple of days left in the RPS Advent Calendar! Are you excited yet? That may just be your over-developed sense of Drama taking charge. 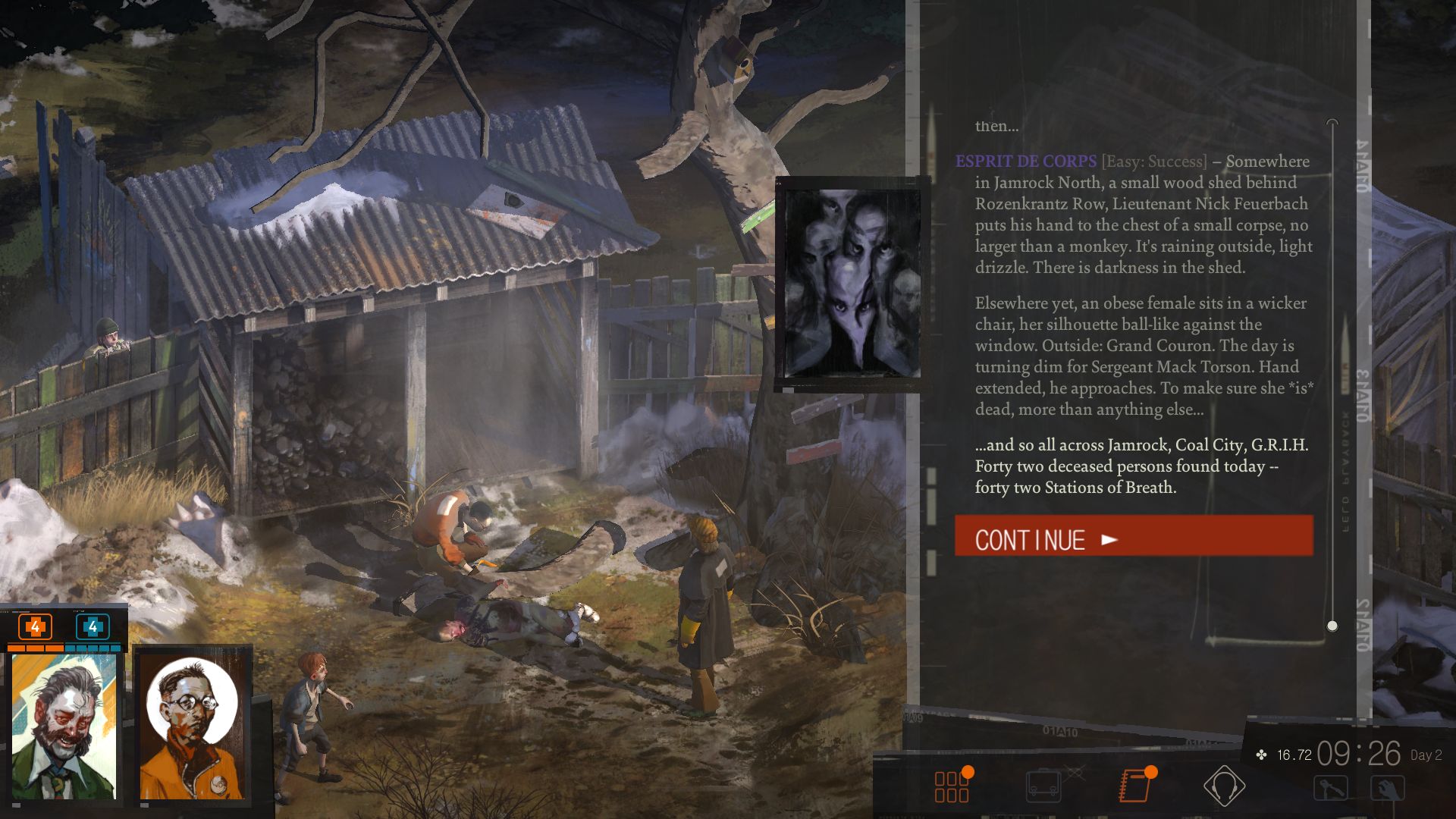 Alice Bee: Disco Elysium is an incredibly detailed RPG made by a group of the proverbial starving artists, and it probably shouldn't exist, but by an incredible effort it does. You play a late middle aged alcoholic cop - you know the type. He was a good detective once, but his life is in ruins around him. Except, when you take control of him, he's partied so hardy that he can't remember who or what he is, or even where he is. The task is twofold: put yourself back together, and also find out who done a horrible murder.

Disco Elysium's skill system is a complex one, where each ability is represented by an aspect of yourself. Imagine it as all the little internal voices you have, and putting skill points into them determines how loudly they can shout. Occasionally they can override what you actually want to do. The classic example is Electrochemisty, which likes fags and booze and drugs, and can make you take them if you give it too much sway.

I played as a high intelligence cop, who could use Visual Calculus to reconstruct crime scenes, and noticed small details. He hoovered up information and spat it back out at sometimes inconvenient times using the Encyclopaedia skill. But he had little emotional intelligence - his lack of Empathy meant that he could tell if someone was lying but not why they might be, unless he could cross check facts to find a logical reason. He stalked the poverty-wracked streets of Revachol with a plastic bag, so he could collect bottles and sell them and hopefully earn enough for room and board.

(I imagine he was very lonely, so I worked extra hard at making friends with Lt. Kitsuragi, the partner assigned to help you on the case.) 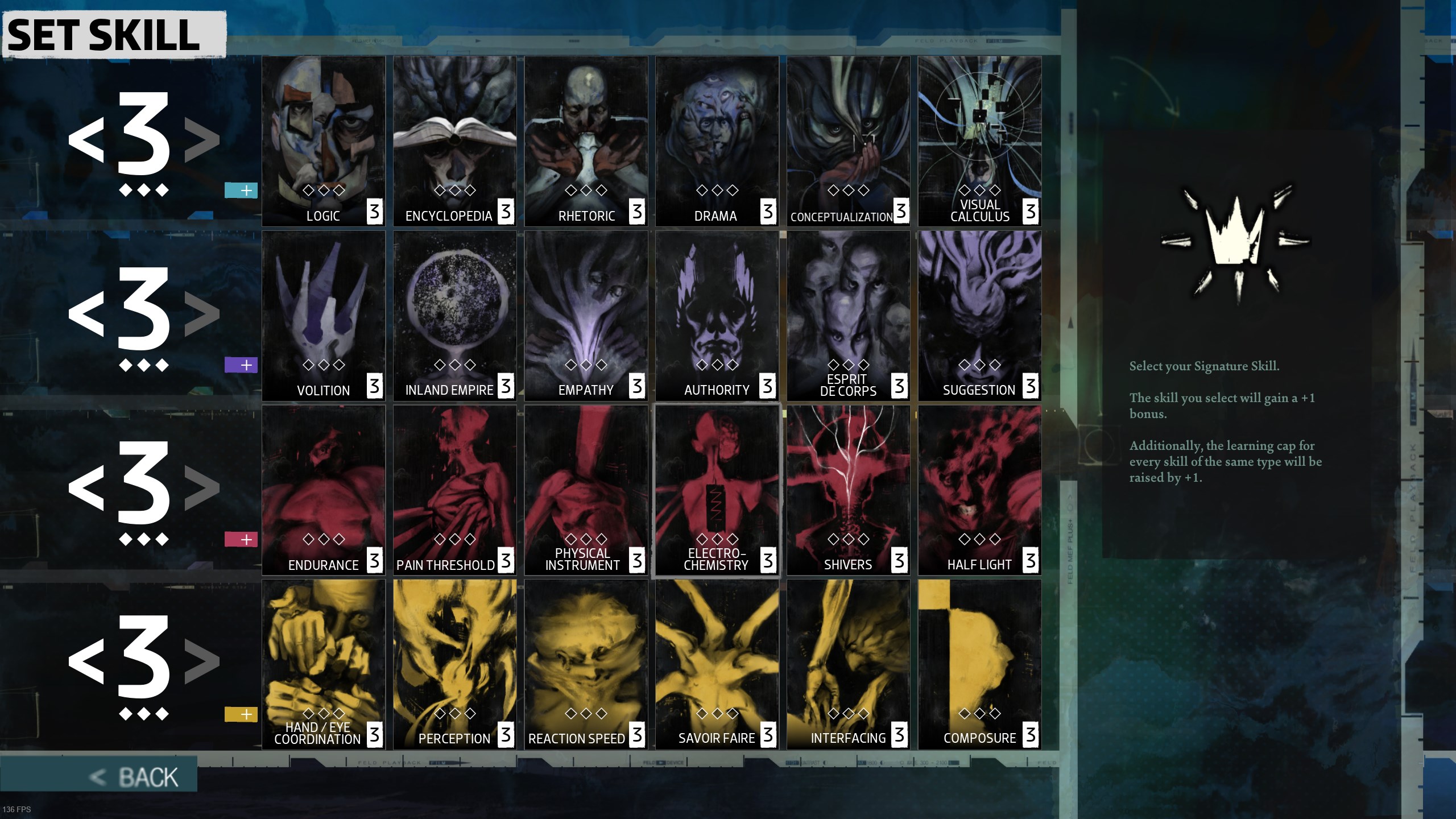 Because of this skill system, you end up being what you think is important, in a way that no other RPG really achieves. It has a real effect on how and why you have conversations. But, at the same time, your character does have a defined past. He has a name, and he has a story, that brought him to this point of a complete and total breakdown. He is intensely masculine, and intensely middle aged, and that is perhaps why I didn't relate to him like our Alec did.

It is destined to be one of those games - the ones with 20 thousand word essays written about them on subreddits, the ones that are part of the PC canon, the 25 games you must play if you're a real PC gamer. It's an extraordinary achievement, really.

Astrid: As a self-aware Communist, Disco Elysium makes me feel simultaneously mocked and emboldened. I've never played an RPG where I'm able to comment on every instance of worker oppression or societal injustice in the same way that I do in real life. Equally, I've never played an RPG where these words were then called out for what they often regrettably are in the first world of the 21st century: empty.

Throughout your investigation, you encounter ruins left behind when the Communards of Revachol were slaughtered, and the remnants of those who still carry the ideology, and if you explore them enough you can internalise it all and decide to become the (self-described) Last Communist. The world has truly gone to the dogs in Disco Elysium, though, and rarely do you feel hope as the Last Communist. But at the very least, the Communists in the world of Disco Elysium had an absolutely banging logo, with an inverted star that represented the toppling of the old order, and antlers as a natural crown. It's cool as hell. 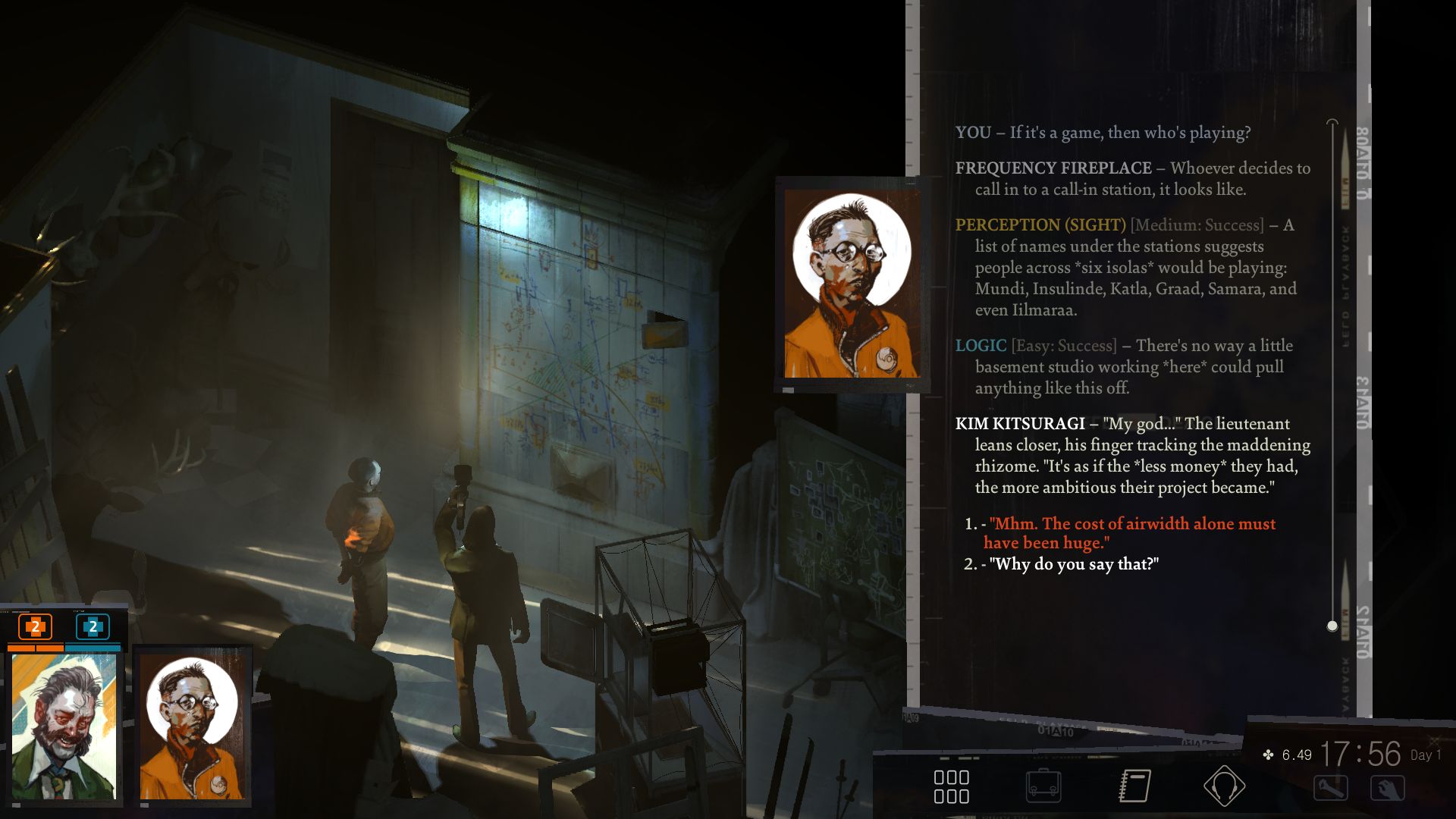 Video Matthew: Not enough credit is given to Disco Elysium as a detective game. The crimes that set events in motion won’t necessarily wow genre fans, but the underpinning RPG gubbins provide a surprisingly sturdy skeleton for a procedural. The cycle of beefing up your character to return to (and pass) failed skilled checks gives each location more layers than an onion, peeling back vague assumptions as you get ever closer to the truth of the matter. A bedroom can be a bedroom the first time you visit, a crime scene the second time and a very different crime scene the third or fourth, all based on the wits of the detective who walks through the door.

I’m also dazzled at how the game’s side quests, an initially daunting web of baffling asides and nuisance detours, gradually coalese into the central mystery. A journey into a haunted basement becomes a vital step in maintaining crime scene integrity. A mysterious blue door reveals a dramatic new perspective on well-trodden ground. Two aging soldiers argue over a game of boules, and maybe identify a murder weapon in the process. Everything exists on its own terms, painting a vast, detailed portrait of the city of Martinaise, but it all comes back to the body in the tree. In this town of a thousand stories, everyone has blood on their hands.