Has it been a whole week already? Opening door seven of the RPS Advent Calendar will take you to new places! 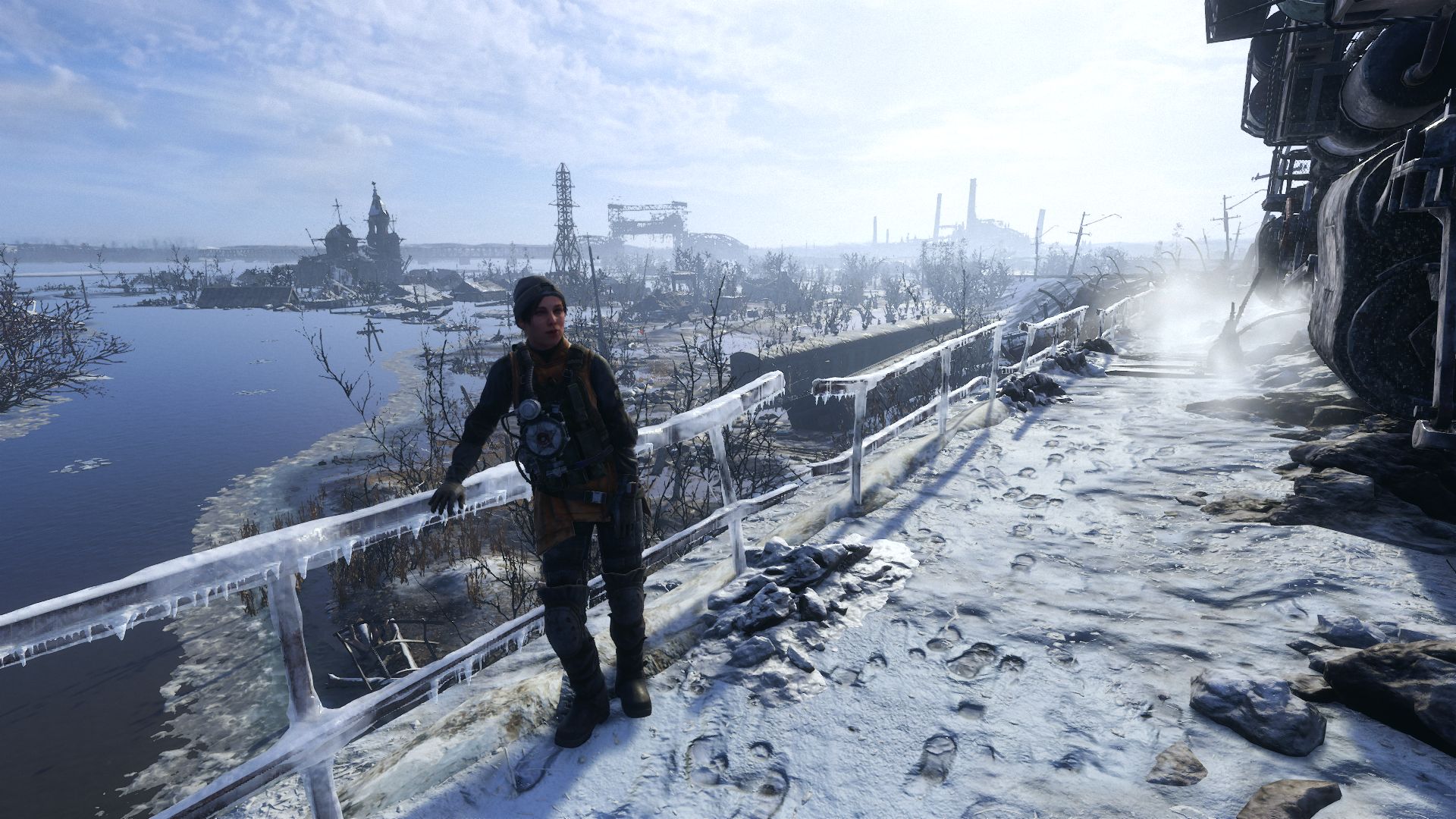 Video Matthew: Leaving the Moscow Metro should mean leaving behind everything that makes Metro Metro. Claustrophobia. Delays expected due to Nazis on the track. Oxygen-starved sorties above ground (outside of Moscow the open air is mostly fresh). What impresses me most about 4A’s latest, then, is the way it delivers everything I want from the great outdoors - namely choice of approach and a sense of discovery - but finds constant opportunities to plunge you back into the darkness.

The marshlands of the Volga river give you the freedom to explore its scattered islets, but in amongst the dilapidated shacks you’ll find yourself stalked through a church by a cult of fish-worshipping zealots, or creeping past mutants as the same cult’s damp deity churns the waters below. Sometimes it’s something as simple as falling into a spiderbug nest, or noseying inside a radioactive bunker, that sets your geiger counter a-clicking and transports you back to those earlier games.

And around all this, I love what a mechanical shooter it is. You’ve the returning hand-pumped delight of Artyom’s pneumatic rifle, but also a new backpack jangling with parts that reshape handguns into sniper rifles or doll up shotguns with 20-round clips. There’s something deliciously crude in the cause-and-effect of cranking air to push a ball bearing into a skull with a deadening (and endeadening) thunk. Or the crack of a sniper rifle that is so damn loud that shots I took back in February, like many of my experiences with Metro Exodus, are still reverberating now.

Astrid: Rather than waxing lyrical about every good thing about Metro Exodus, or lamenting the fact that its only recurring female characters are relegated to the roles of your girlfriend who acts as both a Strong Independent Woman™ and a damsel in distress, and a defenceless mother and child, I'm instead going to talk about the train.

The Aurora is an ancient steam locomotive that you commandeer from Hansa soldiers. It acts as your base of operations and main mode of transport in the quest to find civilisation outside of the Moscow Metro. As you progress further into the Russian wilderness, through frosty swamps and the scorched sand craters that were once the Caspian Sea, the Aurora gains more carriages, better upgrades, and new people who come to call it home. In a lot of ways, I think, it resembles the star cruiser venturing across the galaxy, a bit like the Normandy in Mass Effect.

This beaten-up behemoth of steel and soot is a constant throughout Metro Exodus. It becomes familiar, warm, and safe. Much like with the Normandy, you leave its confines to explore vast landscapes, almost alien in how they contrast against each other. Metro Exodus's three open-world regions: The Volga, Caspian Sea, and The Valley, each feel like they exist on entirely different planets with all their differences in culture and appearance.

But you always come back to the Aurora. Between stops, you spend your time upon it maintaining your gear, smoking makeshift cigarettes, talking with the other inhabitants of the train who have become your rag-tag family. There's something really warming about the whole thing. It's also all a hell of a lot more palatable because the survival aspects of Metro Exodus aren't complete arse, so irrespective of all that pretentious train stuff, which is why it has won the Least Annoying Survival Systems award.