This is the RPS Advent Calendar, in which we reveal one of our favourite PC games of 2020 on each day. Head back to the calendar to open another door.
This is a strange old door. It’s upside down, for a start, and it’s got a faint whiff of flamingo meat to it. You’ve got a horrible feeling it might be a metaphor for something. But none of that really matters, because it’s simply a cracking little door, and you want to hear more of the sick double bass riff that’s just audible from within.

Oh yes, this door is going to take you to Tales From Off-Peak City: Volume One.

Nate: One of my least favourite ways of describing media is that thing where people say “it’s like x, on acid”, or “I want some of whatever they were smoking when they made this”. 90% of the time, what the person means is “there were surreal elements”, and the experience in question has piss all to do with actual druggery.

But Off-Peak City, I can say, with some moderate experience as a drugsman in my youth, is genuinely psychedelic. That’s not to say it is a Drugs Game, or to do what I’ve just complained about and imply that creator Cosmo D was mashed off his chestnuts while making it. No: I am saying that, to my mind at least, this game managed to evoke some of the same profound strangeness, and strange profundities, as a big go on some psilocybin mushrooms.

This game evoked some of the same strangeness as a big go on some mushrooms.

It is a game about walking around a small part of a deeply unusual city, interacting mildly with things and having chats with people, until a conclusion is reached. Nothing extraordinary happens in terms of the format, is what I’m saying. Or the story. Honestly, just ten months after playing, I would struggle to relate the plot to you, except for to say that it involved jazz music.

But the feel of it all - the night sky, and the architecture, and the ever-present liquid excellence of Cosmo D’s own music… crikey. It’s a masterpiece. Just thinking of a snatch of the tune that plays at the start of the game, brings the bouquet of the whole thing to mind like I’m some kind of turbo-proust scoffing an entire bin full of madeleines. 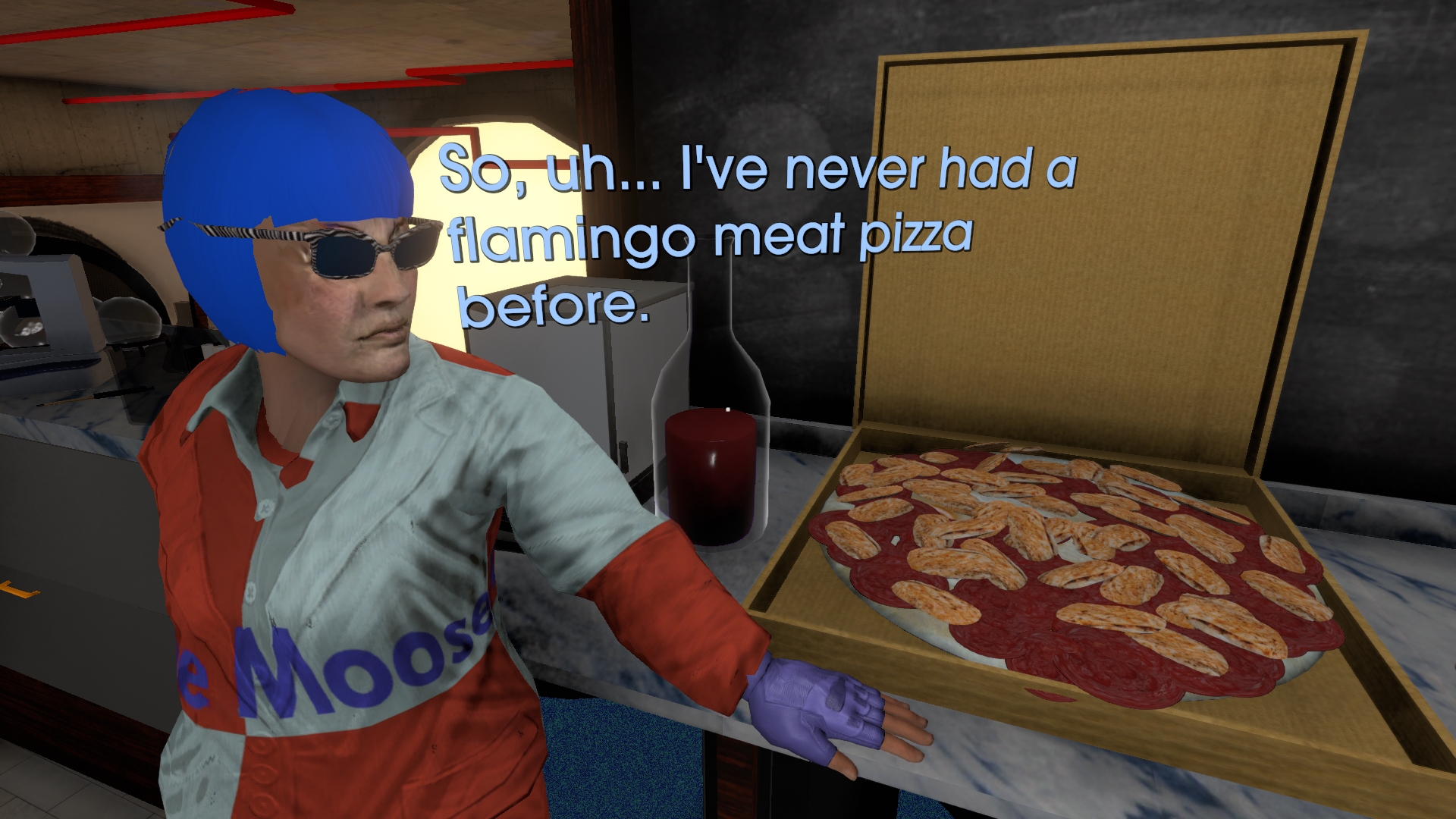 And that’s where the drug thing comes in. I once spent an astonishing forty-five minutes staring at some spilled grains of rice, on the stairs of a house in Wandsworth, and thinking intensely about the concept of circuses. Probably quite a mundane moment from the outside, to say the least. But from inside my head, it was sublime in the true sense of the word, evoking a sensation I will never be able to relive, or to describe to another human being.

In a less full-on way, I feel the same about Off-Peak City. It is, arguably, an altered state of consciousness: something specific and powerful, which you could play through twice in the time it would take me to do a poor job of explaining it.

And you should. Because it’s a state of consciousness you can achieve doing without anything more neurologically reckless than booting up your PC. So go on: go and experience something you’ve never experienced before. You’ll thank me. 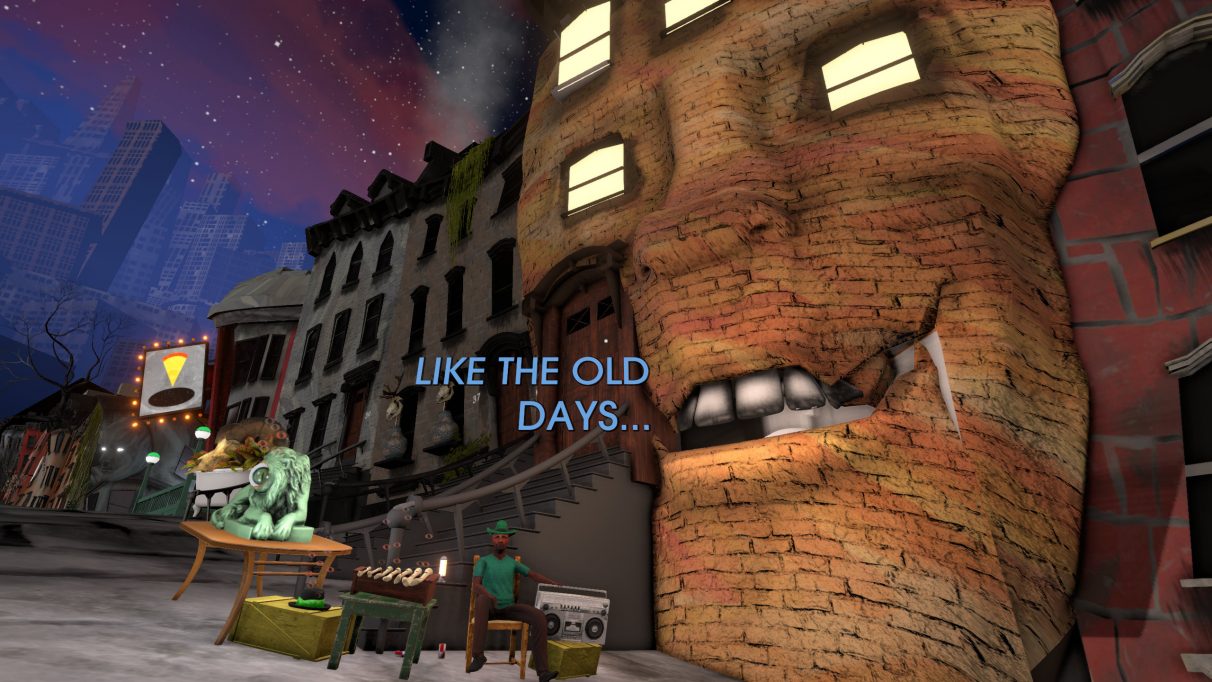 Alice0: Now, I've never done mushrooms in a field in the Midlands, but I have spent a lot of time in bed. So to me, Cosmo D's games capture a sort of dream logic: things might seem bizarre if you took them out of context, but make perfect sense where they are. He takes us to dazzling, exciting, musical places that are so fully themselves that there's nothing weird about them, it's just how they are. The world engulfs you, and what a world!

While Nate is a newcomer, I've been a fan of Cosmo D's games for ages. I adore their bold looks, sinister vibes, and cracking music. I'm so happy discovering oddities and secrets as I explore. But what keeps me coming back is the humanity at the heart of his games: the everyday struggles of people surrounded and crushed by cruel and selfish forces beyond our control; how music and creativity and art can lift us; the joys of people being fully themselves; the risks of both indifference and obsession; and being well up for a pizza.

It's not right that a game which includes chocolate and synthetic brains as pizza toppings has me gagging for a hot disc right now.