The RPS Advent Calendar paddles on. What's waiting behind the third door? It may take repeated scans to find out.

Watch out for the alien jellyfish, just there. It's In Other Waters!

Alice Bee: I like having baths, and whenever I do I always stick my ears under the water at least once so I can listen to the weird glonging and scraping and gurgling noises, because of how everything sounds a bit wrong and alien underwater. And often people compare the very deep depths of our own sea to being like an alien planet. Can't imagine how weird everything sounds and looks in a sea that is actually alien.

Except, I can now, because of In Other Waters.

It would be an interesting enough pitch to say "You play as a xenobiologist, exploring the creatures and plants living in the different areas of a distant ocean planet", but it's even more interesting than that. In Other Waters has you play as the advanced diving suit of said xenobiologist. You don't, as such, see the things in the water around you. 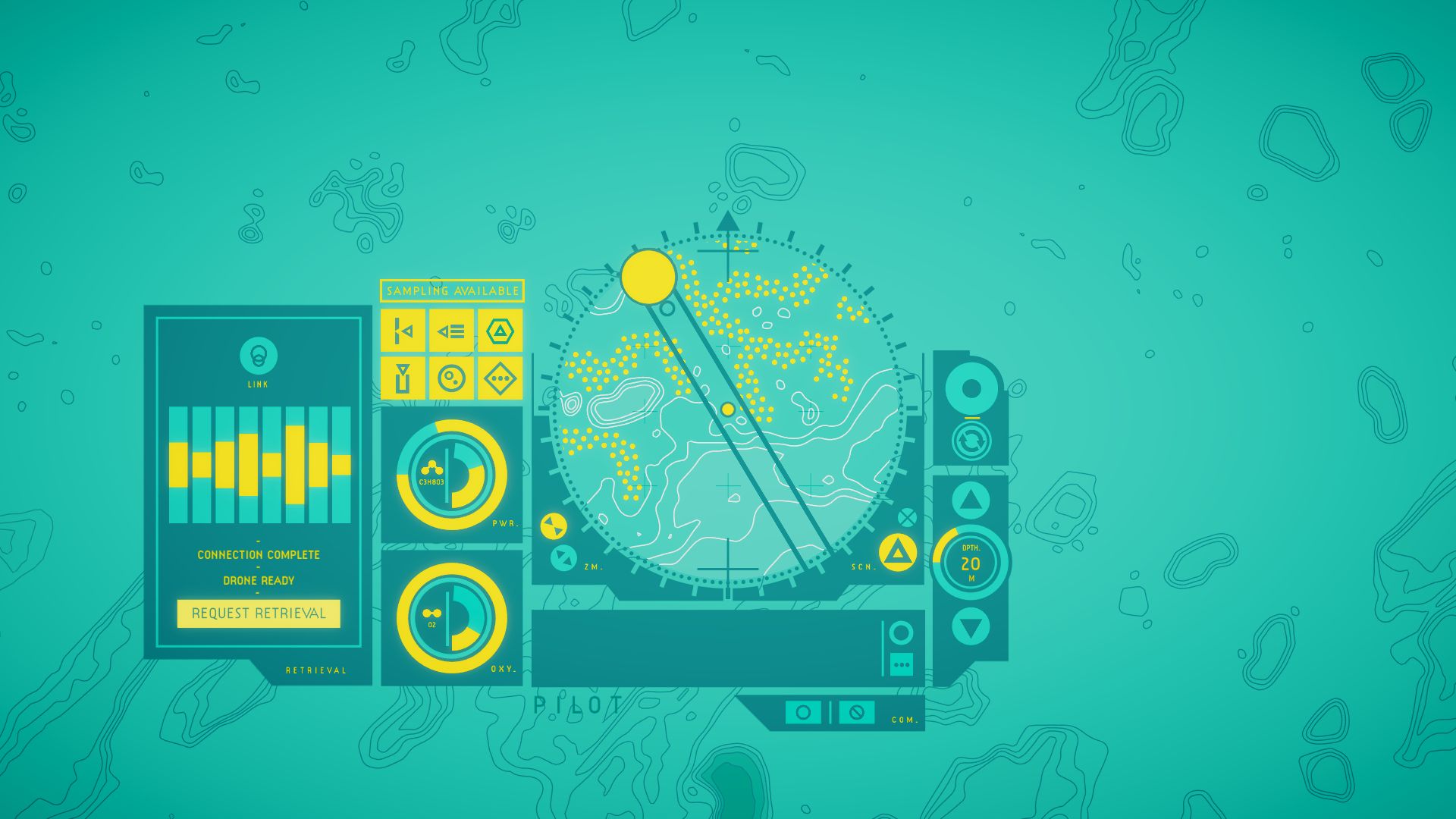 You scan them, and get some basic visual feedback through the suit's UI. So, the forests of alien plants are dots on the topographical map around you. The creatures amongst them are moving dots. Some of the dots are bigger than others, or move in a slightly different way.

You can only move between set points, too, so the whole thing is way more restricted than you're used to from playing most games. Though you're an AI, with some autonomy, the scope of that autonomy is quite limited. It's like playing as a supporting character, and it's very refreshing and oddly freeing at the same time.

By scanning the strange whiskery doodads around you, your xenobiologist pal Ellery gradually gathers information, imparted to you via the clear, lovely, descriptive writing. You can take samples of different spore times to take back to your research ship, and discover their different abilities. Then, you can pack some with you, like packing a science lunchbox, to open up new paths and areas.

As you are able to explore further, you encounter different biomes. There are pools of heavy acid, with extremophiles that live in and around them, and if you want to get info about them you have to risk getting a bit sizzled yourself. Science is sacrifice!

But the magical bit for me is that, with enough information gathered, Ellery will update her files to include a lovely scientific drawing of the species in question. I still don't know exactly what they look like, but the drawings themselves are very special.

And, the same time that you're doing your good science, you and Ellery uncover a decades old conspiracy that has, happily, already happened and been resolved. The moral is: everything will probably be okay, eventually. Which is very comforting right now.