What have we chosen as the sixteenth game in our celebration of the best of 2017? Take a look... 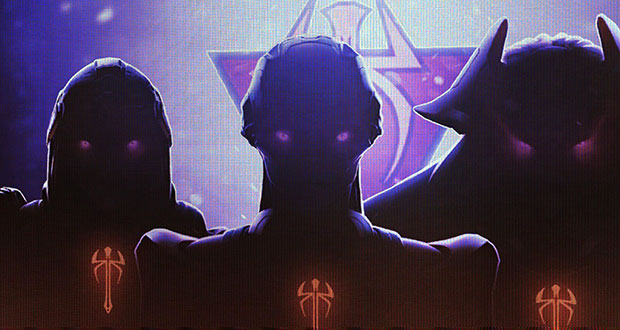 Alec: Long-time RPS readers will probably have presumed this pick was a foregone conclusion for me, but, in all honesty, prior to WOTC, XCOM and I were on a break. Though I sank dozens of hours into it at release, XCOM 2 hadn't achieved the same compulsive lure upon my thoughts that XCOM 1 and its expansion had. It wasn't a well I wanted to go back to, due to a combination of my growing bad feeling about the irritating and illogical campaign map and DLC that made the whole show fussier and visually noisier. It felt like a game adrift.

Then, the cloud of chaos coalesced into a new sanity. A revised XCOM 2 in which not doggedly following particular paths, particularly on the campaign map, did not mean doom. An XCOM 2 in which every campaign meant a few roads not taken, real reasons to come back and do it all again, and an an XCOM 2 in which my mind-map of skill combinations and strategies grew and grew and grew. It felt like a pay-off for the thousands of hours I put into XCOM games, a real opportunity to take it to a new level, to be presented with all these possibilities and figure out new ways to use them. It meant incredible, impossible turns like this. It meant soldiers who felt really like rare and precious individuals, in terms of skills at least, rather than walking meat-pillars of ability points. It meant an XCOM that gnawed at my thoughts again.

Jeez though, the costume design needs to be ripped up and started again by this point. Mods to the rescue, at least.

Adam: XCOM 2 was already one of my favourite games of recent years and War of the Chosen is such an enormous and brilliantly designed expansion that it feels like a whole new game. It feels like Jake Solomon and his crew at Firaxis have finally made XCOM absolutely their own, by emphasising the unique abilities of individual soldiers and finally figuring out how to make the Geoscape busy with meaningful choices. At this point, XCOM is almost completely divorced from the original games in style, both aesthetic and systemic, and there are few games more likely to steal an entire weekend from me.

Matt: Alec said that ‘XCOM 3’ might describe XCOM 2: War of the Chosen better than DLC, and he’s not wrong. The expansion turns so much assumed XCOM wisdom on its head that it really does feel like brand new territory. XCOM’s always had a problem where the optimal way to play is to move your guys forward inch by inch, running each unit a minimal distance before placing them on overwatch.

XCOM: Enemy Unknown solved that problem with the Enemy Within DLC, which encouraged you to play more aggressively by placing juicy resource canisters deep into the map and limiting how many turns you had to reach them. XCOM 2 relied on turn-limits for a similar effect, but I like War of the Chosen’s solution best: make every soldier a superhero.

When my Ranger can cut through armour with a sword that never misses, my Sharpshooter can move and fire without any penalty and my Reaper can blow my enemies to smithereens before they even spot her, there’s no need to be overly cautious.