I had a whale of a time with XCOM 2: War of the Chosen [official site] (out today), despite finding its tonal ping-ponging between gritty resistance saga and preposterous superheroics a little jarring.

Speaking of the latter, here's a video I made showing just how off-the-chain crazy the various new abilities, weapons and features can be. In the space of a single turn (the first turn of a mission), one soldier covers almost the entire length of the map, 'wakes' pretty much every enemy on it, kills around 15 of them, winds up at the main mission objective and then proceeds to take zero damage on the alien turn. Meanwhile, most of his team never even leave their starting position. All in one turn. It's bonkers. This is War Of The Chosen.

If you're an XCOM or XCOM 2 player, you'll know that usual state of affairs is something like 1-4 kills per turn, inching across only a fraction of the map each turn and very rarely having anything happen during the first turn. Each soldier broadly gets to move once and shoot once per turn, and that's it. This is... different. What we have here is a very high-level soldier, backed up by a veteran team of various classes and abilities (the net result of 40 hours put into the campaign), able to use a wide and wild range of skills both new and old to achieve what, before today, was simply impossible in XCOM-land.

Two things to note before you watch this. Firstly, this isn't even as well as it could have gone. I made a couple of minor errors of judgement that denied me a couple more kills, and there are two gunshots that missed despite good odds. Doesn't make much difference to the lie of the land at the end of turn one really, but I'd have loved a perfect run. 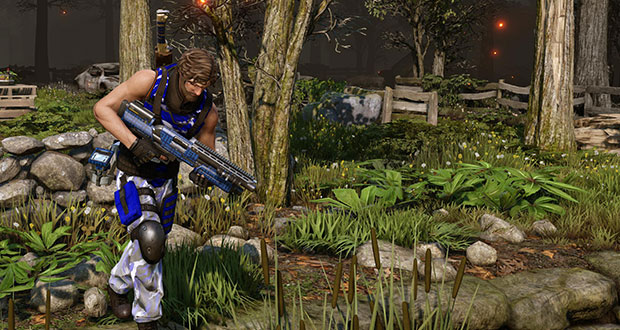 Secondly, you'll notice that our mass-murderin' hero Ranger, Graham 'Bandit' Smith, begins the turn standing on top of a bus shelter, a few squares away from the rest of his team. This is because, just before I thought to start recording, I decided to use his Snake Suit's grappling hook to have a 'free' move to higher ground, but like an idiot moved in the wrong direction. Again, no biggie, but if I hadn't done that I might have been able to move even further forward than I did in the initial sprint, and thus possibly have used one of the action points for another kill or two. C'est la vie.

Right, here we go. I've added narration to try and explain what's happening and how the hell it is happening at all, but that stuff isn't my usual ballpark so please go easy on my muttering:

(FWIW, this mission was wrapped up without any fatalities on my team three turns later).