Are the presents already laid out under the tree? How many are there? Count them. Now, count them again. They seem to be...multiplying. 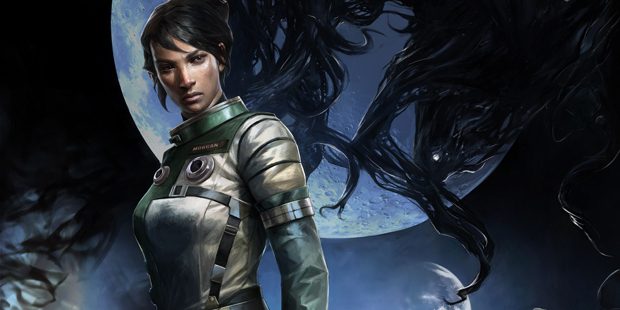 Alec: Probably my favourite game of the year? It feels like too safe a choice, too Mid-30s Gaming Man a choice, but what are you gonna do? I lost myself to Prey's world of locked doors and hacked turrets and silenced pistols and wide-open yet claustrophobic spaces in a way I did to little else in 2017. What can I say, it just ticked all my boxes, to the extent that I was absolutely determined to uncover and visit every last square inch of its doomed space station, and in turn recycle everything I found in it into upgrades and ammo, despite knowing full well that my lizard brain was in charge.

A slow burn game if ever there was one, moving on from my raised eyebrow at its over-zealous attempts to be a mystery without doing the heavy lifting of making me care first, and into something where the mystery scarcely seemed to matter. All that mattered was making this labyrinthine, inter-connected ghost ship mine. I can take or leave the plot, which has some nice ideas but overly dour execution, but really is just skin around the mighty bones of this latter-day System Shock. I'm delighted we found our way back to this degree of sprawl and slow pace after the glitz and excess of Bioshock Infinite. Both games, I suspect, are bookends to certain schools of 21st century gaming blockbuster. I have no idea what comes next, but I'm so glad that I got Prey and its myriad locked doors.

Adam: I thought the mimics were going to be the stars of the show, clever little enemies that make you wary of the environment, but it's actually the environment itself that marks Prey out as a monstrously ingenious game. It's a perfect space to play in, thanks to all those alternate routes and tricksy locked doors, but it doesn't feel overdesigned. I believe in it, as a place with purpose, and even though there's no doubt a heck of a lot of subtle signposting and hand-holding, I always felt like I was making my own way.