All this week we're revealing The Secret History Of Rock Paper Shotgun, as retold through hazy memories and an archive of the emails the original four founders sent each other at the time. You can read Parts One and Two to achieve some notion of coherence, and then continue on with Part Three below.

Today, with a name picked, we race forward with establishing a company, convincing a bank we're not terrorists, and secretly running the site for a full month without telling anyone. And then we had to tell people, especially those who would be most annoyed we were doing it.

The next chronological email chain, from the 13th July, is titled:

The four of us, registering our accounts on the Wordpress that sat on our freshly registered domain.

The same day I sent out an email called “Everything Ever”, a master document that contained all our logins, usernames, admin passwords, FTP details, POP3 login, and support details for our long-time hosts, Positive Internet.

And gosh are we indebted to Positive Internet. It’s a web hosting company, co-run by my friend Nick Mailer, who sportingly set us up on one of their shared servers. I’m fairly certain Nick was just patronising our little project. I’m absolutely certain he wasn’t expecting us to be breaking that poor server within just a few months. The reality is, if Positive had charged us for the internet traffic we were using, RPS would never have gone anywhere.

We were paying £125 a year for a service that should have been costing us thousands a month. We weren’t making any money - we absolutely could not have afforded to pay for the hosting we were using. We would have almost instantly defeated ourselves with our own success. But it turned out we had fans within Posi’s tech team, not least Johnathan, who built us our very own Frankensteinian server from spare bits and parts. (And when we started getting too busy for that, Posi bent the fabric of reality to keep us online. We are forever grateful for their outlandishly generous support, and we’re not the only ones for whom they’ve done such acts of kindness. I’m pleased to report that as soon as we were able, we were paying them the thousands a month it actually cost to keep RPS’s four-server cluster alive.) 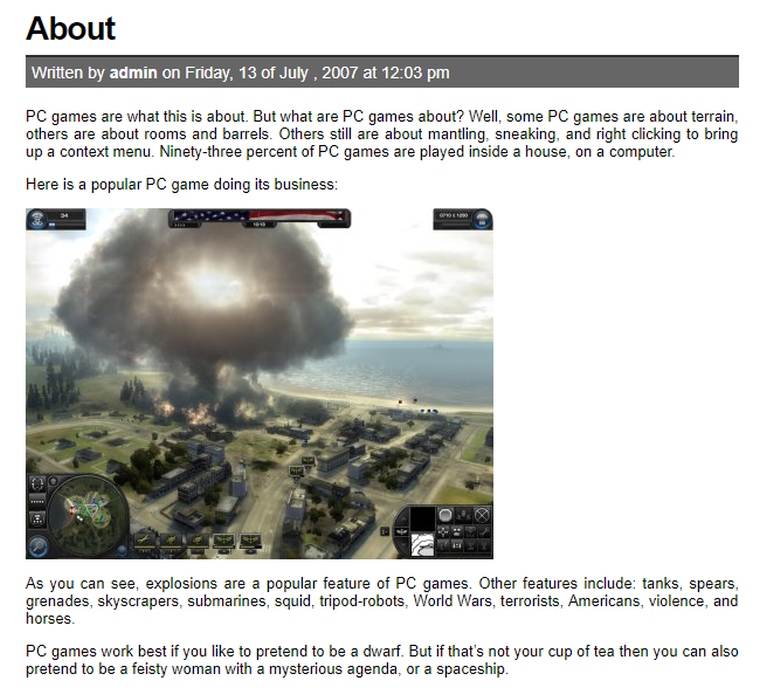 Another thing we had to do was set up a bank account. I really cannot under-emphasise just how much we weren’t the four people to be starting up a proper grown-up business. We muddled through, certainly, but goodness knows I’m not sure how. Having a limited company involves all manner of paperwork, for which Jim did the vast majority of the work, but even so it inevitably involved Kieron losing something vital, everyone forgetting to post stuff, and one missed signature on one piece of paper causing entire processes to collapse.

So yes, the bank account. It’s crucial to understand just how quickly our ridiculous name had become just a sound to us, not individual words but an amorphous noise. It caused surprisingly few issues over the years, but… Here’s how Kieron recalls it:

"Of course, if we're a business, we need a bank account. Three of us - I believe one of us wasn't there - were called in for an unexpected meeting with a figure, who wanted to know our exact line of business. They were clearly concerned. "You... aren't arms dealers are you?" We were bemused until we remembered what a shotgun actually was."

(A similar blindness to our own dumb name would be repeated many times, not least at US Customs.)

Emails I can find between the four of us from the 13th July onward are primarily about work. “This is interesting, we could do an interview…” Or Kieron realising he can edit our Wordpress profiles. Alec mediating as we argue over where to meet for lunch. Kieron sending us the Image press release announcing the trade issue of a six-issue comickybook mini-series called Phonogram. My asking, “Can someone explain what tags are and how you use them?”

Because rather than going for a mad hot launch on August 20th, we started running RPS the moment we had the domain and Alec’s hacked together Wordpress template in place. We just didn’t tell anyone.

The idea was to have a site that looked like it was already up and running by the time anyone found out about it. We mentioned it to a few select chums, and otherwise worked on it as we planned to post-announcement for the first six months. The four of us aiming to create two posts a day, juggling this between all our usual freelance efforts that paid the rent and bills. So by the time August 20th came, there was plenty of scrolling for any readers to do. 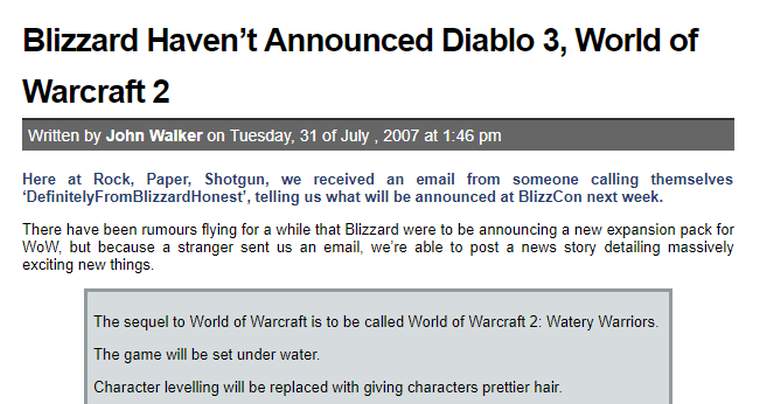 There was one other big thing we needed to do: Tell our other employers what we were up to. As I’ve alluded to in previous parts, things were getting tense in the world of freelance, as decreasing pay forced us all to work for rival outlets. The main conflict fell between PC Gamer, the magazine in which the four of us had perhaps earned our reputations, and Eurogamer, the website on which the four of us had perhaps been set free to fully explore the excesses of our styles.

Jim and Kieron had both worked full-time at PC Gamer, while Alec had been full-time at PC Format but freelanced across. I had only ever been a freelancer, but spent a decade writing in all but every issue of PCG. By this point we were all freelance, and Eurogamer’s larger word counts, and far more liberal editorial policy, was a very different writing discipline. One that released the best and worst in all four of us.

Then we were also appearing in the earliest, significantly less hateful version of The Escapist, popping up in Edge (plus Jim and I both had stints anonymously writing their entire website for them) and various other Future mags. We were spread all over, which you could sensibly argue wasn’t great for bringing in a wider range of voices, yet were still scraping by.

And of course now, to make matters more complicated, we were aiming to continue writing for these outlets while setting up our own competitive site! Jim, of course, wrote the email to our Gamer bosses.

“Just wanted to give you guys a quick heads up on something that myself, Gillen, Meer and Walker have been working on. It's a blog called Rock, Paper, Shotgun: http://www.rockpapershotgun.com/ And it's going to be focusing on PC games.”

We sold it to them as something other, a place for our writing that wouldn’t fit in regular outlets, and even as a resource for them too. Kieron took it a step further saying,

“And, in a stating the obvious, you may consider us blogging about anything passive aggressive pitching.”

I think what’s most telling about this particular email is that no one from Gamer even replied.

This was two days before launch.