“It’s not Citadel Station as it was, but as you remember it”. So goes the pitch for Nightdive's System Shock remake, but to me the early demo I played at GDC was neither. I’ve tiptoed my way through the mutant-infested corridors of its sequel, but the original System Shock always lay beyond an impenetrable wall of 90s design sensibilities. I need mouselook, me.

I’ve got it, thanks to Nightdive, but that means I can’t tell you whether the remaster will do justice to cherished two decade-old memories. I can tell you that I enjoyed walking around a creepy space station, even though that station still needs a tonne of work.

If you’re in the same boat as me, welcome! Squish over a bit, you’re treading on SHODAN's toes. Citadel Station is the birthplace of one of gaming’s greatest villains, as well as the Bioshock games, System Shock’s spiritual successors. Those are the games where you take drugs and decide whether to kill slug-infested little girls, or mull over a problematic ‘well there are villains on all sides’ take on racist oppression. But let’s get back to that station, before Shock troubled itself with Saying Things.

It’s an awful place. Mutants stalk you with spindly arms tipped with claws that almost scrape floors, and murderous robots turn Terminator the moment you’re in range of their sensors. It’s a Shock game, which means you spend your time exploring, scavenging for health, ammo, and door codes. You also spend a lot of time whacking enemies with a chunk of metal, as the first robot I met found out pretty quickly. 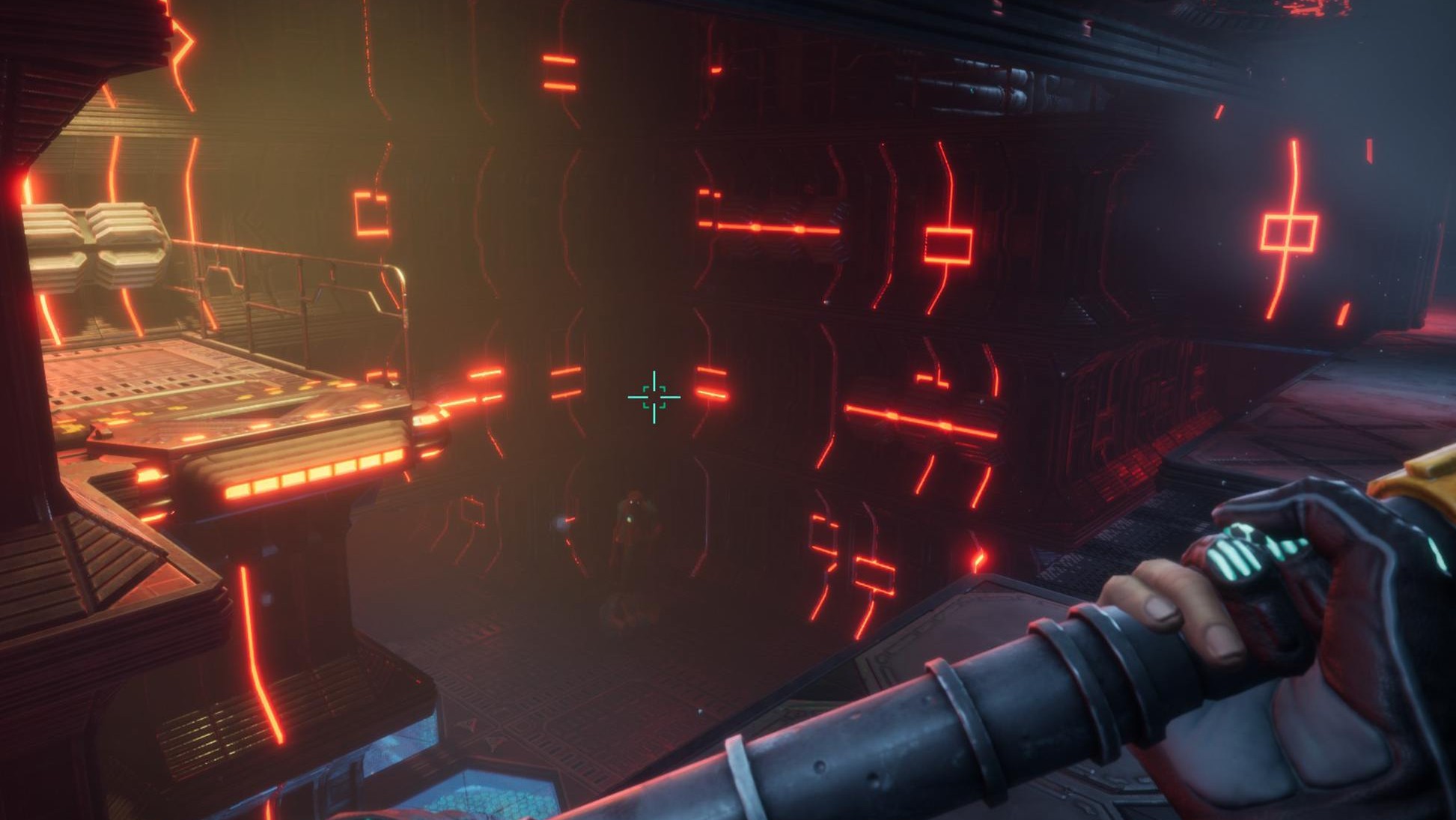 “It’s already dead”, cried Nightdive CEO Stephen Kick from behind me. It turned out I'd been unwittingly hammering away at an inert chunk of metal, perturbed by the diodes still flashing on its head. This needs saying, and it needs saying early: it did not feel good to hit the robot. Both they and their fleshy friends attack in the same pattern, lumbering forward and swinging. Unless their pathing happens to be broken, as it often was.

Let’s just get all the flaws out of the way. Lights wouldn’t work in some areas, all but one of the guns weren’t implemented, and a puzzle required dipping into an email system that hadn’t yet been implemented either. I did no sleuthing of codes, I just had Kick shout them out. Most damningly, the combat had no heft, whether fought with pipe or piddly stun gun. Every encounter felt like a duel between moths, each victory secured with the same simple steps. Step forward. Whack. Step back. Repeat.

Vital elements were clearly missing, such as any feedback at all when a mutant's claw sliced into my shoulder. It's hard to say if the finished version of the combat will feel as unsatisfying. Adding missing sound effects can only go so far, and those early enemies will probably still have the same basic attack patterns. Those were early enemies though, and I can only hope that later monstrosities make up for their stunted swiping. 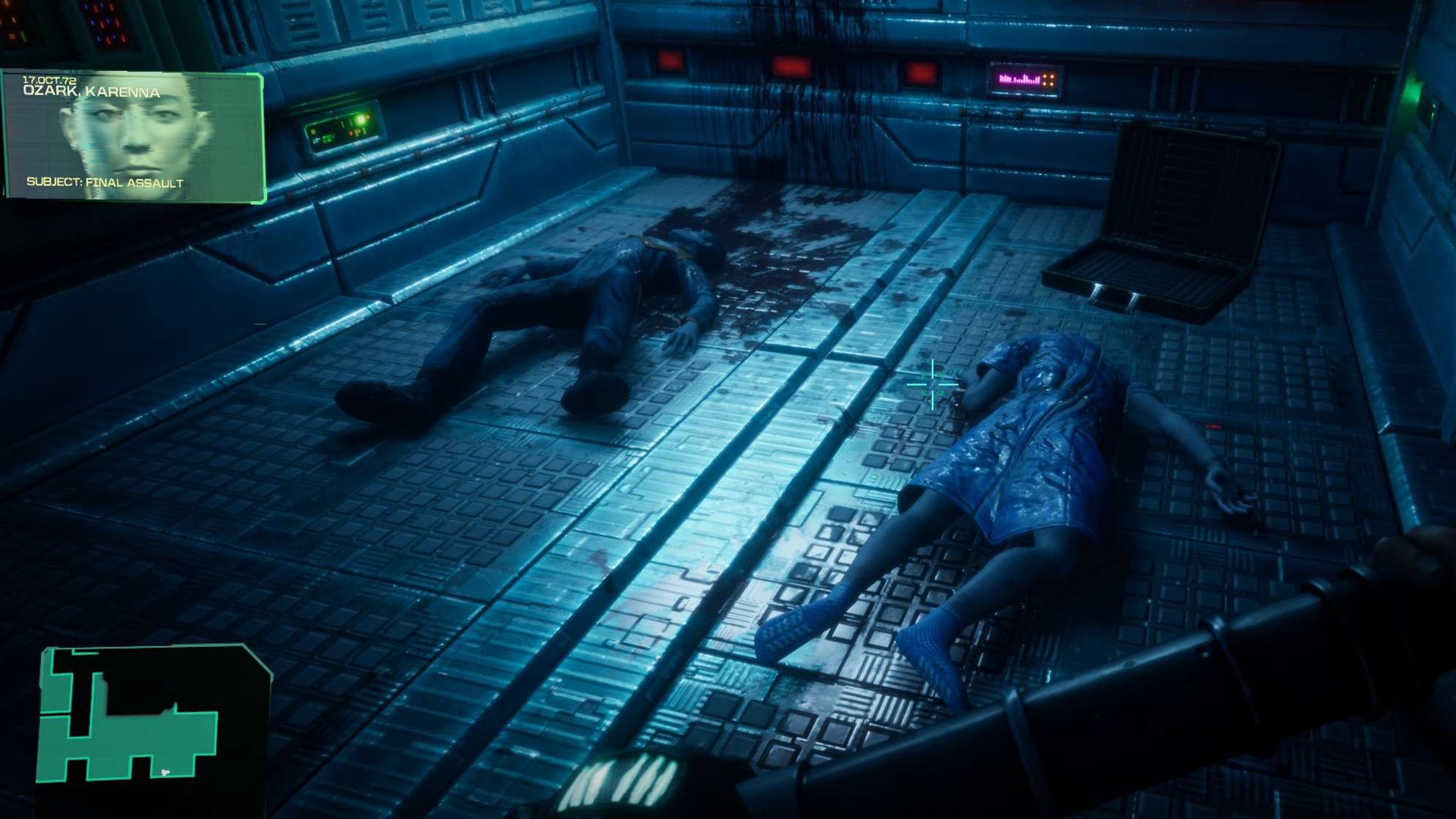 Much more certainty can be found in Citadel Station itself. It's an enticing place to explore, drenched in pulsating lights and occasional shadow. I especially enjoyed my trip into the belly of the ship, where red neon and cramped corridors lead to an embarrassing yelp as I turned a corner and slapped my forehead against a mutant. They might be clumsy, but they look the part. Especially in their death wriggles. Nightdive have released footage of the same section I played, so you can enjoy those for yourself if you like.

If you're familiar with those corridors, you'll still find some surprises a-lurking. I asked Kick if he'd seen how the recent Resident Evil 2 remaster deliberately played with people's memories, placing enemies in locations players had assumed were safe.

"Absolutely," he said. "That's definitely one of the top priorities that our level designer has. We'll put a mutant in a corner that's a blind spot, stuff like that. We try not to be cheap, but we do play with the level design and the enemy types to mix it up."

A similar line of thought extends to SHODAN, the delightfully sinister station AI responsible for all the mess. The story has been left untouched, Kick assured me, but they've still got Terri Brosius to reprise her role.

"There are some things from a design perspective that we'd like to alter a little. We haven't gotten so far as to rewrite her dialogue yet, though - at this stage, her original performance was great, and we've gotten some lines from her recently with a new take on the glitchiness that characterises her voice. We hope that brings some new depth to her character, and surprises fans as well." 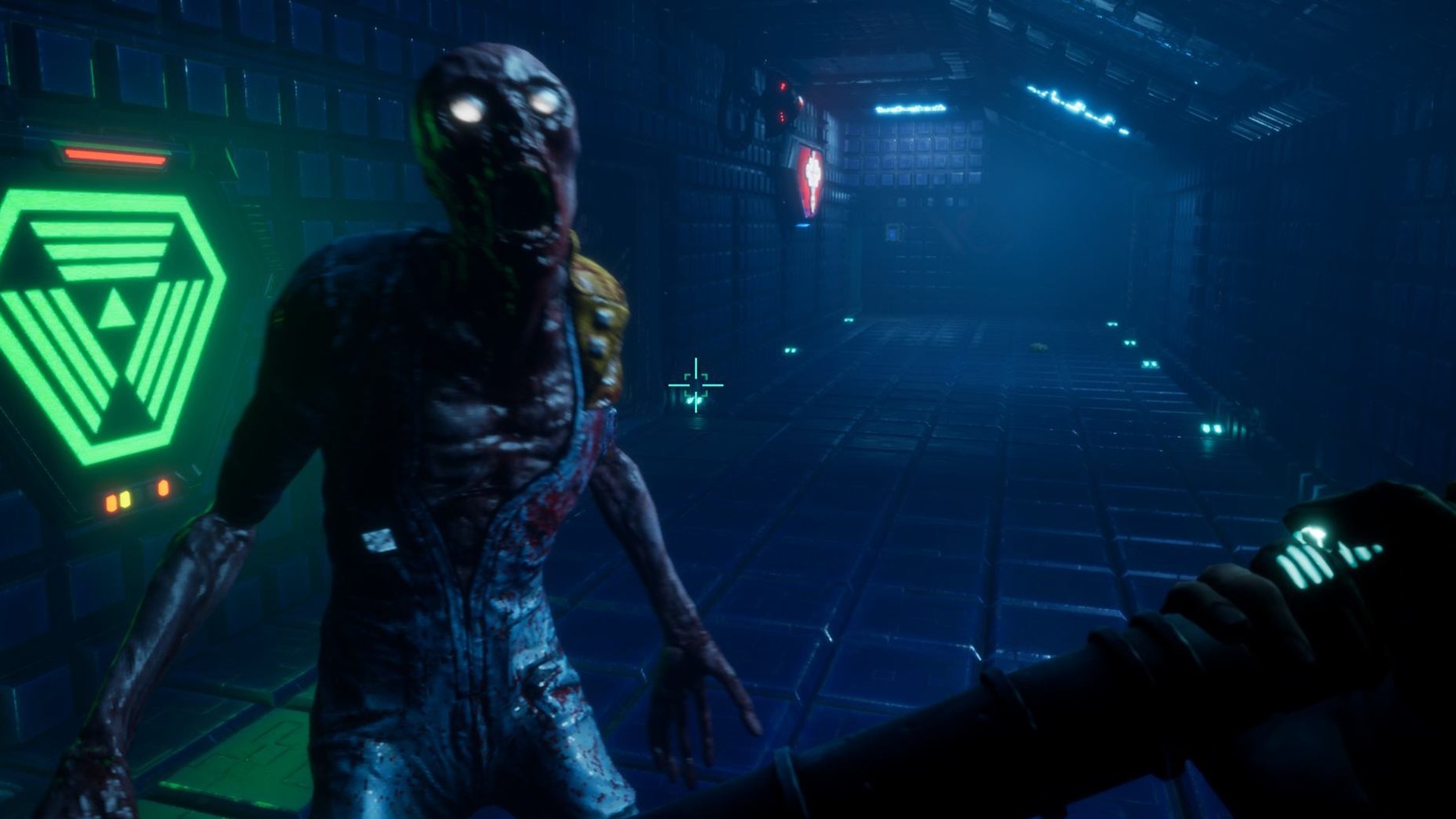 I'd still say that demo was too early to be shown to the press, but that's anathema to Nightdive's philosophy. As head of business development Larry Kuperman told me, their commitment to transparent development runs deeper than any studio I know of. Nightdive don't just do their work then ask their community for feedback. They get that feedback while they work.

"We've tried to be as transparent as we can. So some of the artwork and actual coding has been done via a livestream. We implemented that because of the fits and starts that we had earlier in development, because we ran into a period of feature creep where we lost the original vision of the game... From the time that we started livestreaming development, we almost instantly saw that we'd restored people's confidence in the game. That was really important to us."

To me, working while being watched sounds more nightmarish than Citadel Station - but Kick didn't seem to mind.

"It was pretty natural because a lot of us on the team are distributed. We're giving each other company while we're working, so it was a natural extension of that.

"So myself, I'm a character artist originally, it was more fun for me to go in and livestream doing some z-brush sculpting, and having our audience go 'oh wow that looks really awesome' or 'it would look cool if you bulked up its proportions' or something like that. It was a little distracting at first, but the more we saw the audience appreciating it the easier it became." 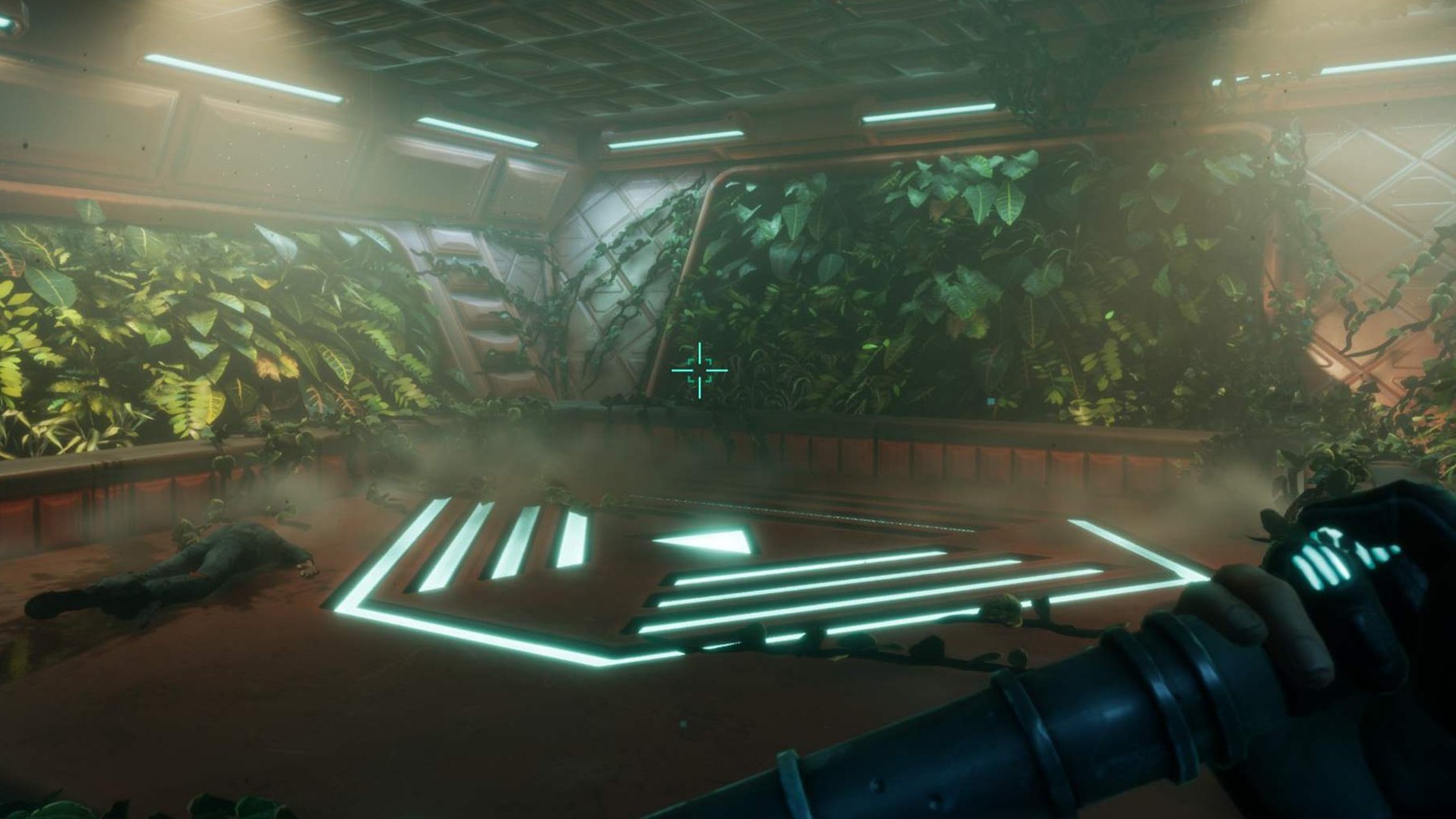 I can understand the importance of that validation. Feedback is important for every studio, but not every studio goes through a phase where their excited Kickstarter backers become disillusioned. That's partly why the project slipped from its original 2018 release plans.

"We realised that what we were doing was not what the Kickstarter backers backed," says Kick. "We needed to pull that back and refocus our efforts, and that led into our transparency and the dev streaming, and our constant communication with our audience that this delay is essential in getting something that not only we're going to be proud of, but that you're going to be proud of backing."

"Everybody who's a fan of the original game has their opinion on how it should be remade, and so we do take a lot of the community's suggestions into account, but ultimately it comes down to our team and how we feel it should feel. It's tough, I think threading the needle is a very good description, because ultimately there's always going to be someone who's unhappy with how we interpret stuff. Take the music - that's a very contentious subject on our Discord server." 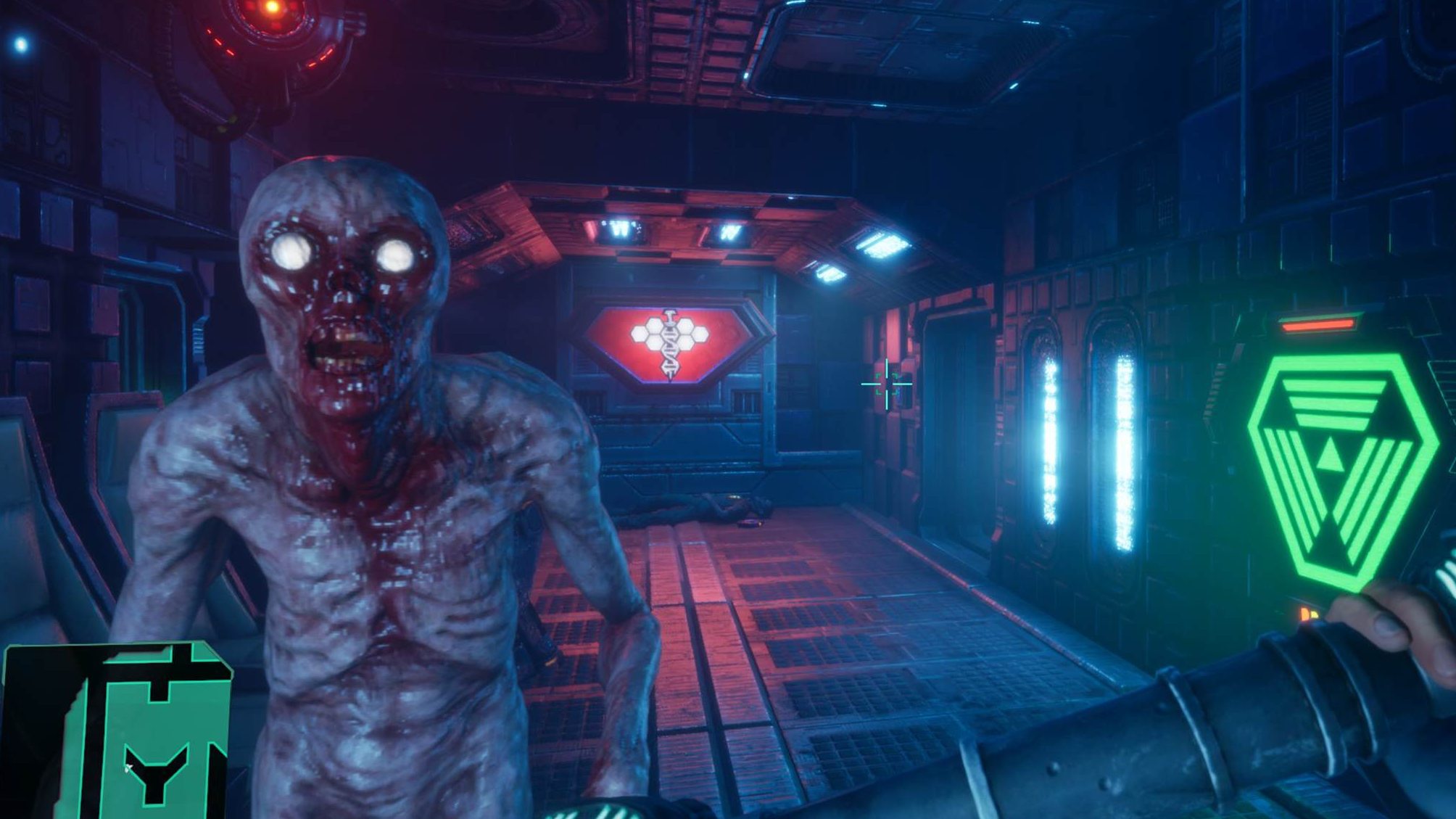 That Discord server has 8,000 people on it, and while Kick and Kuperman did acknowledge that makes it tough to hear every voice, they still do their best to listen. As Kick put it: "The important thing is we take all of that feedback, all that criticism, and we go through it before making any decisions. But ultimately we want to just do best by the series and the game that started it all."

It's clear that he feels a duty to do right by his childhood classic. Not just for his own sake, but for those of his fans. People can be passionate about the games from their past, and living up to cherished memories is an intimidating task. Kick says he enjoys working in front of his backers, but I still had to ask: does he fear them?

"I don't just see our backers as 'people who funded this project'. They've evolved just as we have to become collaborators: we don't fear them as much as we respect them."