Right at the beginning, The Thin Silence warns you of its themes of depression, suicide and negative mental health and asks you to stay aware of your own mental state while playing. This warning represents the essential sentiment of the game straight away: violence and death should never be taken lightly.

The Thin Silence is about awareness in many ways, both in its mechanics and its narrative. In this 2D puzzler, you need to stay aware of your surroundings and the ways you can interact with them in order to advance to the next part of your journey, while simultaneously doing quite a lot of emotional work as you learn more about the main character’s past and his struggle to face up to it.

Ezra Westmark wakes up in a cave. You don’t know who he is and how he got there, but as you’re trying to find your way out, you pick up bits and pieces that help you make sense of it all. The central game mechanic acknowledges that Ezra is just a regular guy: he's too weak to jump or even climb on his own without some sort of aid, but instead he is great at combining the seemingly useless items you find to form something completely new. An old boot and a hook can be fashioned into a rudimentary climbing boot, a hook and a rope make a grapple. Later on you devise solutions even MacGuyver would be envious of, like a zipline made out of a road sign a hook and some string. 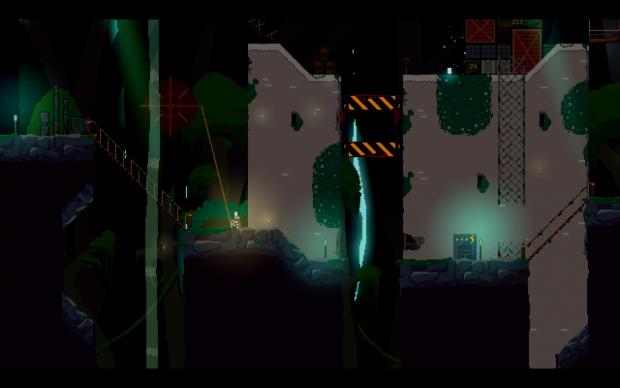 The item combination menu is a bit fumbly at first. You select the initial item you want to work with, then select up to two additional slots you can put other items in. Some of them can be used in more than one slot, implying you own more than one, such as with a box of hooks. If combinations don’t lead to something the game wants you to have, nothing happens. As you poke around, you may discover combinations you might not need until later in the game, but there is never any danger of breaking or losing anything. Especially at the beginning of the game, most combinations make sense given the situation you are in, though later it’s mostly trial and error as items become less evidently useful and feel more like random gadgets.

For most of The Thin Silence you’re completely alone with nothing to engage you save for Ezra’s occasional ramblings and the beautiful ambient music by Lightfrequency. According to Australian developer duo Two PM, this solitude is intentional and meant to portray the struggle with mental health issues, such as the feeling of not being able to make yourself understood and having to carry your burdens alone.

The Thin Silence absolutely succeeds at this, and this success becomes its biggest problem. In everyday life, I have to endure the times during which I don’t know what I’m doing or if what I do will amount to anything in the end, but in a game I would rather be given a concrete reason to continue, such as narrative foreshadowing or strong empathy with a character, both aspects the game waits for an excruciatingly long time to provide. On the other hand, it’s a good depiction of all the times nothing seems to make sense while you’re grappling with a traumatic event or mental illness. Since Ezra only talks to himself or the occasional hallucination he is plagued by and even his memories at first make sense to no one but himself, you will simply have to trust that it all comes together at the end. 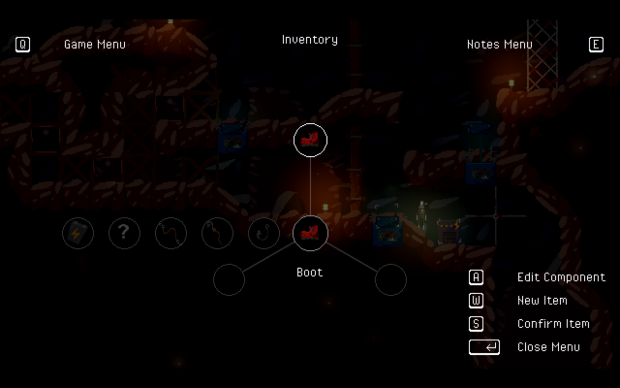 In the interest of not spoiling too much I will only say this: it soon becomes clear that Ezra has done terrible things, and that he’s had a hand in acts of violence he would rather forget. The Thin Silence is very much the “videogame after the videogame” – once the killing is over and your mission is finished, life goes on and you have to live with the consequences.

Ezra is hardly more than a vaguely human-shaped 8-bit stick figure and yet you feel for him as he wanders settings that are in turn beautiful and desolate. He spends an astounding amount of time underground in bunkers, caves or hidden research facilities, and each time he emerges on the surface to see the fresh green of trees and meet other human beings, I almost wanted to take a big gulp of air. You get the feeling that Ezra must have lived in a very beautiful land once, even though much of it is now broken - the environment seems to reflect prior events as much as Ezra’s mental state. 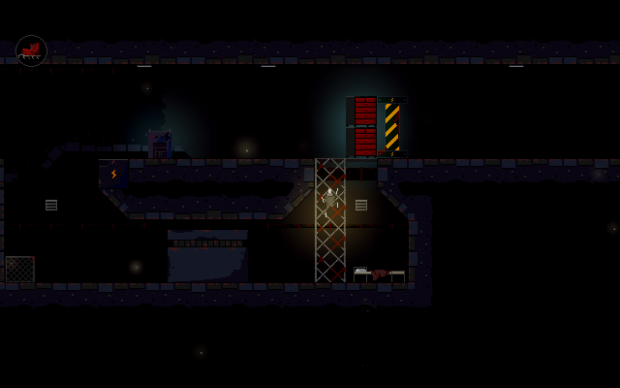 The puzzle sequences, including a lengthy passage in which you primarily hack into old computers, are never particularly tricky. Sometimes they are in fact so easy that they feel more like a mandatory bit of busy-work to go through in order to be rewarded with a morsel of the story. This is unfortunate because the item combination mechanic is fun – each time I devised a new item, I couldn’t wait to try it out and see how it would help me advance. This is an odd match to the general sombre tone of the game: having fun and feeling accomplished at having solved a puzzle feels almost wrong, especially in the beginning when Ezra is very reluctant to move on at all and it feels like I’m making him act against his own will.

Nudging Ezra forward despite his reservations could very well be the whole point of the exercise, since The Thin Silence is one of very few games that broach the topic of depression without linking it to some kind of larger goal. In Celeste, you want to climb both the real and the metaphorical mountain, in Hellblade you go on your journey to save a loved one. In The Thin Silence you just want to face your past so you can move on with your present. It’s equally frustrating and liberating to know you can’t really win, making the game another stepping stone in letting go of the eternal obsession with beating something (or someone) that many videogames still embody. 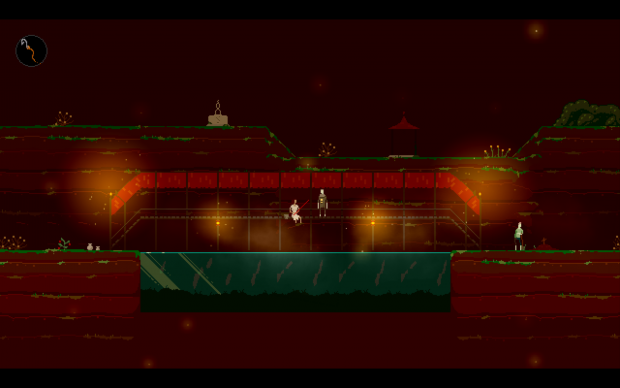 To this end there is no punishment for failure. If you approach a puzzle in a wrong way and find yourself quite literally with you back against the wall and no way out, you can reset a small part of the level and start over at a checkpoint. This is likely to happen in some of the bigger rooms where solutions can sometimes build on each other, for example when you need to throw switches in a certain order.

The Thin Silence felt tedious at first because I was lacking motivation to continue. As soon as I learnt enough about Ezra to become invested, I very much wanted to move on, but at times it felt like a game I was playing in spite of myself. With 5-6 hours it’s by no means a long game and can easily serve as a distraction after a long day of work as long as you can stomach the dark themes. The fact that you spend long periods of time in complete silence and learn absolutely nothing without putting a significant amount of work in can be very frustrating and only feels partly intentional. You will have to find and read every document and slowly piece together their meaning yourself, but even then I at one point sat reading for several minutes without any idea what any of it meant.

Once I was hooked however, I wanted to see Ezra’s story through, even if it was just to see if I could afford him a little rest after everything he’s been through.