Haha, Halloween is so easy. Although I've never understood the rules when it falls on a weekday, and like all miserable British whingers I resent its weird expansion from a few hours of hiding from unpleasant infants into an entire sodding month of pumpkins and rubbish horror. So with that in mind, let's have a spooooky Unknown Pleasures!

Threatening but then being too British to actually 'trick' anyone this week: barely interactive fiction, a multiplayer indie with actual players, and a stick on the moon.

A mech shooter is such an obvious fit for VR that I'm a little surprised we're not inundated with them. Even if you correctly have no interest in VR though, Vox Machinae is worth considering. It essentially does what you probably already assumed: players pilot different classes of mech (the difference being their balance of mobility, firepower and armour - there are no support roles), pick their lasers/rockets/cannons, and go out in teams to robo-kick each others' computo-faces in. Although there is bot support (which unusually I haven't tested, as I was having plenty of fun with - ugh - humans) it's primarily multiplayer, and really rather impressive. The game modes are fine - occupy bases on the map, race to a randomly appearing salvage spot and fight over it. The levels are very vertical thanks to inbuilt jet boosters, and the sensation of ponderous, weighty movement is already there. There's even a dedicated ramming mech, and the guns and modular destruction of limbs and hardpoints put some past entries in the genre to shame (sorry Hawken. You weren't a bad game but you were a bad mech game).

The non-VR player will cope fine, but this is an area that needs work. I couldn't find a list of keyboard commands (though there are some respectably succinct tutorials that will sort you out fast), nor find out the meaning of various beeps and warnings. More seriously, without voice (because go to hell) I had no way of communicating with other players at all, which was a shame as I'd have liked to thank the perfect nearly-full server I found at 4am for a great time. Particularly the American guy who I mistook for voice acting when the first thing I heard was a delightfully droll "Call me Stella, 'cause I got my groove back".

Lovechoice 拣爱 (Chinese for "(a backing chorus going 'love! Choice! Ah-aaaah!')") is by far the shortest game to survive the brutal trials of UP. It will be over for you in a few minutes. Even a second playthrough will probably not outlive your contemplative sandwich. But it's sweet. It's a warm, gentle micro-tale about relationship, wherein the usual goal of "unlock the puzzle box that is some woman" is replaced with "she kind of likes you so it'll almost definitely happen whatever you do". The important part is not second-guessing the correct sequence of words to pass her tests, nor accumulating Seduced Points to unlock A Girlfriend, but considering what it takes to form a good relationship.

Its lessons are not revolutionary, but then fundamental truths about how lovers intertwine seldom are. At risk of spoiling (honestly, if your interest is piqued, skip to the next paragraph until you've played it), I appreciate that the subtext is a critique of our attitude to both games and romance - the path of the relationship parallels your actions as a player, and is dictated by not just what the player character says, but how much you assume and take for granted about the game.

It's tiny, so tiny, but it's doing something different, and another IF game - a dating one, no less - tipping the scales of the genre away from the sweating, lecherous mire it's infamous for, and for that I think it's worth recommending.

Whenever something goes wrong IN SPACE, the protagonist must clomp back and forth fixing doors and rebooting engines and getting the access code from that guy's desk (which is infuriatingly bulletproof because people do it in real life all the time). And it's probably aliens, and it'll be heavily foreshadowed immediately. Deliver Us The Moon has both an interesting premise and a genuine mystery. Those dozy Earth people have messed up the planet again, this time by running out of fuel, but also discovered a way to generate tonnes of clean (I think?) energy from a helium isotope which happens to be abundant on That Moon. A colony is built, it smelts the helium or whatever and beams the energy back to Earth via microwaves (theoretically doable - space nerds were already bouncing the idea around when I was in school, but then EVE Online came along and distracted them so it never took off). But then it suddenly stops, and Earth is hosed again.

So, you and some rogue astro-boffs have scraped together a rocket and launched a desperate solo flight to the colony to find out what happened and fix it. I wouldn't normally relate a plot in such detail but Deliver Us The Moon is one of very few games to make realistic modern space shuttle stuff interesting and approachable to me, and I'm really curious to find out what happened because it could be anything. It's mostly about floating about the moonbase cutting cables, listening to audio logs, and replacing gubbinses, and it's not particularly taxing. But it looks nice, has a decent atmosphere, and it's all a little bit understated. I want to find out what happened, and for once it feels like I'll wind up helping to fix it rather than blundering into a face-eating space mutant.

[John has more thoughts on the game in his Deliver Us The Moon: Fortuna review. --Ed] 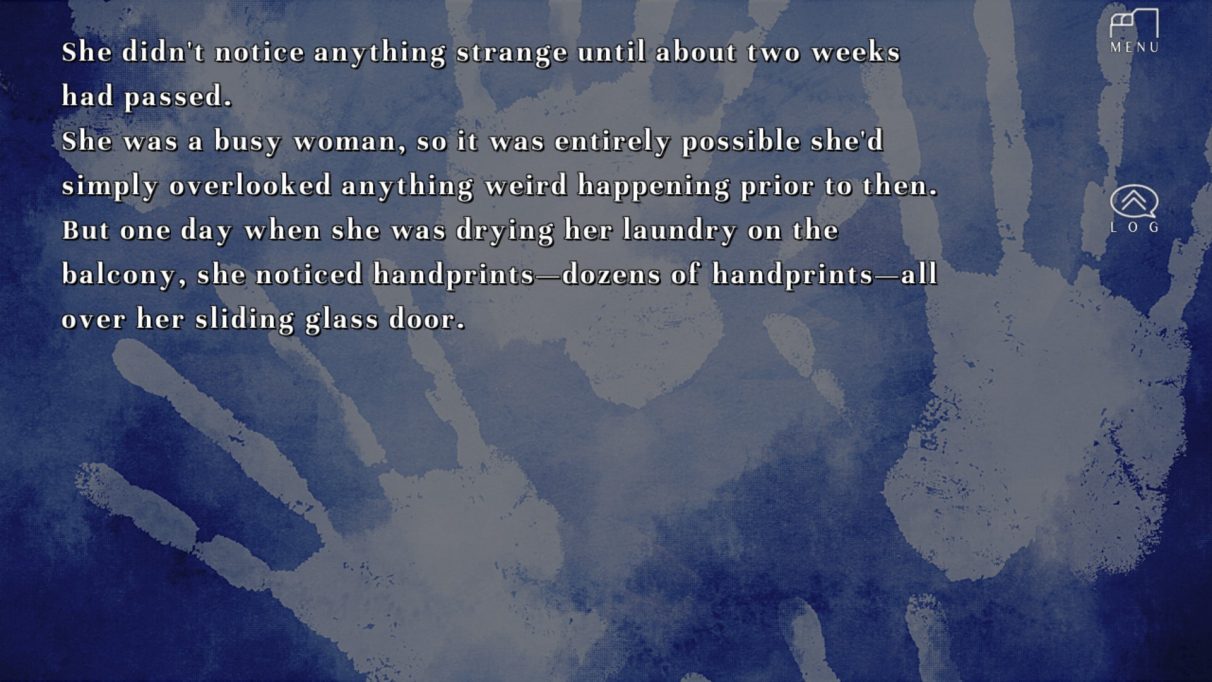 The one game that actually fits the theme this week. Oops. Neighbor is about a woman who moves into a flat where she's constantly afraid and suspicious and tormented by ghostly sights and intrusive, threatening noises, and unable to leave because of extortionate rents, all of which her landlady coldly shrugs off. Less a horror story than a slightly below average week in any houseshare in the Southeast, then.

This too is a bit of a record, for stretching the definition of "interactive" to its near limit - Neighbor is as passive as it gets, with nothing to do but click for the next line, and not even the illusion of choice that many visual novels present. But it does the job. Ghost stories are of almost no interest to me, but this one's economic narration and confident pacing had me intrigued throughout, and much like Deliver Us the Moon, I really enjoyed the delivery of the clues and foreshadowing. It's not super scary, and certainly not the boring startle-you-up most horror is, nor does it invoke a particularly strong dread. But I liked the narratagonist's attitude - she sees enough to be both be rightly scared and feel foolish and doubtful about being scared. She also acts remarkably rationally for a character in a horror story, landing the tone more in supernatural mystery than frightfest. Rather than mark herself as a madwoman by insisting that you have to belieeeve me, or creeping around the lair of the monster going "hellooo?" like a lemming with a vore fetish, she sets about following up leads on the history of the flat and what could possibly have gone on there. She's a pretty smart cookie, and the result might invoke the fury of the It's Not A Game militia, but if you like a classic mystery with just a bit of a scare in, you ought to do well here.

Though technically a town builder, Reignfall's building is all in support of raising defences and armies to fight incoming waves of monsters (which might technically make it a form of tower defence, but it didn't feel that way so I'm saving it from that condemnation). Placing houses and woodcutters and roads carries that mild satisfaction of development and expansion, but there's no real management to speak of besides increasing output by periodically upgrading a farm or plonking a market down by some houses to increase their gold output.

Defending them is the fun bit, and even though it too is more streamlined than a 'pure' manstab or RTS, you can at any moment take control of your Lord and run around right alongside your militia and trusty knights. I've talked before about what a huge difference this can make. Your units may be anonymous, but you'll still rush over to rescue a lone peasant when he's separated from the herd and cornered by skellies (and not just because surviving ones accumulate stat boosts), and swinging your sword into two or three bandits at once, or just distracting them for a bit of crowd control makes a huge difference.

There are levels to gain and attributes to unlock too, bringing welcome replayability. I like the art style, low tech though it may be, and I'm always up for a game that channels just a hint of Mount and Blade. And a punny title, too? Alert! Someone is courting us.

Pick of the Week: Tricky, tricky decision. I could well look back and wish I'd gone for LoveChoice. But it's going to Vox Machinae. 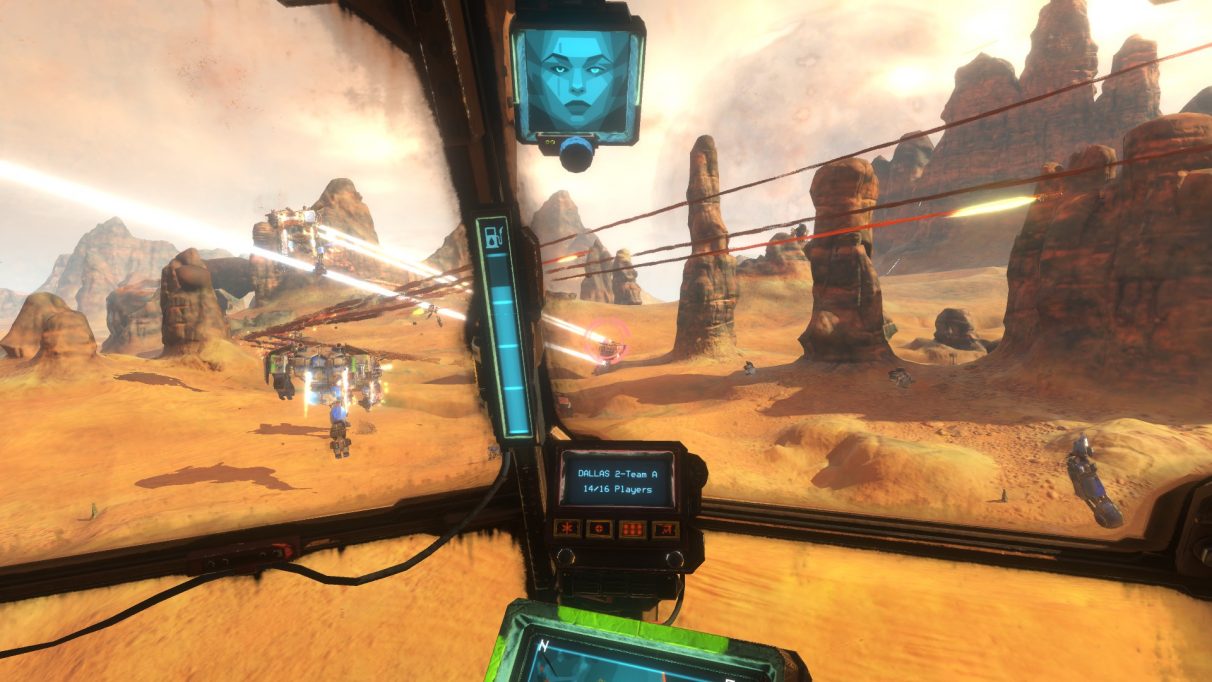 Early Access or not, this is a strong mech game, and with the right development could have a long tail. Where most online games that pass through the column are impossible to judge for lack of players, I got into Vox immediately, had a grand old time, and wanted to keep going. Mastering movement and the angles needed to track and aim, especially vertically - attacks from above have a big advantage because you're right there in the cockpit and have huge blind spots because of your own mech, just as it should be - offer that sensation even when you get shot down of getting tangibly better through practice.

And yet I also felt useful, struggling with the big lads but soon favouring a zippy bot with dual miniguns, harassing and distracting opponents with low, but constant damage and pressure. I particularly respect the way the 'scope' extends a feed from a high-zoom camera, useful but very tricky and risky to use. This one deserves to take off, and if you're into having games sellotaped to your head, you'd be mad to pass it up.