Oooh, we've got a bit of a "mystery" theme. Between slow burning stories and the rare survival of a... ah, survival game, this week's selection of Unknown Pleasures is leaving me thoroughly unresolved. Leaving a trail of gross keyboard crumbs this week: space friends, snow lesbians, and evil geometry.

Uh oh, it's anime girls. Well, to some extent.

Visual novels tend to make a lot of mistakes that can be best encapsulated as "I don't caaaare oh god please shut up". Heart of the Woods could teach them a lot. It sets out the relationship of the two lead characters immediately, and lets the rest of the story follow naturally. It does this not with tiresome backstory exposition but a short inner monologue / narration that appears in situ as the lead protagonist (there is no player character) passes time.

I'm reluctant to spell out its plot, as one of its strengths is the driving question of "what is going on?" Maddie is the manager and close friend of Tara, and together they produce a paranormal investigations series on YouTube. They've travelled very far to a remote, freezing US town for a month's working holiday, where they'll film what Maddie says will be their last work together. It's tense. But they're not really talking about it. They're getting on with things, as people do. The restraint, the goodwill preventing them from starting arguments, the normality of it fills the opening with refreshing anti-drama where almost every other game would go full Shortpacked. And they're lowercase nice, these people. I like them.

Their situation is complicated when their opinions are divided over their host. Tara thinks she's for real but if Maddie squints she can see the strings, and of course neither wants to argue so there's a low-key cold war over it. The succinct writing conveys a lot, sometimes by omission, and fills in the the central mystery at a pace that's both enticing and comfortable. My curiosity is very much piqued.

The presentation is excellent, and opens with considerate accessibility options including an in-game text to speech reader (robo-voice, for the record) and the OpenDyslexic font. Small movements of the camera and a few basic, effective parallax animations show the devs' resourcefulness, but my favourite example is a scene where Tara describes her vision for her show's opening scene. As she talks, we see establishing shots taken from scenes we saw earlier in the game - and then she stops to ask a question and we cut back to reality for a moment, before she continues. It's fun, and adds a rare authenticity to the characters. They don't just have a word in their "job" column; we're watching them work.

Teeny Matt Cox (I'm assuming, for no reason, that Matt is v small) is our leading fan of JUMPGRID, and already enthused about it, as is his wont. Ordinarily this would disqualify it from the merciless game-off that is Unknown Pleasures, but it had already won me over when I realised he'd covered it. And besides, he's right. JUMPGRID is excellent and deserves more of your consideration.

It's an intense and exhilarating reflex / puzzle game. Your little spinny cube-orb thing (honestly I don't think it even sank in what I was playing as) must zip about a 9-spot grid, collecting a cube from each spot, then vanishing through the portal that appears in the middle. While huge objects invade the screen and threaten to viciously, or worse, indifferently kill you.

The music is excellent and the motion, while sometimes complex and disorientating, is never nauseating or stressful to watch. It is remarkably compulsive. The levels should only take a couple of seconds but, damn it, I can't quit now. You'll swiftly become your own biggest killer, jumping half a second too early because you're nervous, or because you're still in the rhythms of the last few levels. Sometimes you'll breeze through immediately. Other times you'll be missing the same jump for two solid minutes. The timing and observation of it is everything - the jagged razor is coming for you but if you jump now you'll hit the vertical bar so you have to just not press anything for a moment and ARGH YOU FOOL YOU DID IT AGAIN. Never mind, we'll get it this time. Excellent stuff, well worth your time.

Stardrop wouldn't be far out of place as Interactive Fiction of the Week. Just as Heart of the Woods establishes a mystery and lets you come to it at a comfortable pace, Stardrop gives you lots of questions and then a few half-answers. But also practical things to keep you occupied instead of obsessing over them. It's an involving story, in which you direct space salvager Aryn and her Radio Support Friend John to a drifting, unidentified spaceship. Once you start its engines, the hostile aliens sh-- What, no aliens? Zombies then. No? Killer robots? What, really? Nothing!? Huh. They've only gone and made an "investigate the derelict" game that isn't "evil monsters did it". The absolute chives.

That's not to say there are no bio-experiments or rampagings miscs, mind. Indeed, I've only a partial idea of what happened, and after its opening chapters I am intrigued. You steer Aryn about the ship as she switches devices on, gathers space diaries, and puts less effort into her "sprint" than I am into this simile. All quite standard structurally, but elevated by the voice acting and music, and I am very fond of the ship interiors.

Corridors are chunky but not militaristic. They're softly lit, not the gloomy industro-dark of Alien or the blinding antiseptic purity of Lensflare Trek. Computers are practical, but pleasant to look at, with big touchpads alongside tangible keyboards and minimalist space mice. I love the colour schemes. Vivid, warm yellows and blues and a gorgeous shade of purple on one deck that I want to wear on all my best days.

It's a pretty game and makes the setting doubly effective when you enter areas Aryn herself describes as 'creepy'. There's enough uncertainty to make you doubt yourself in a dark engine room even though there's no rational reason to worry. Probably. I mean, something happened here, right? I don't think it will go full horror. But it could.

Also John and Aryn's friendship is super. I like that they don't try to make the player laugh. They just share those frequent demi-jokes that friends do, the ones that aren't really funny but you'll chuckle because you're entertaining each other. Some People Are Just Nice Simulator 2019. 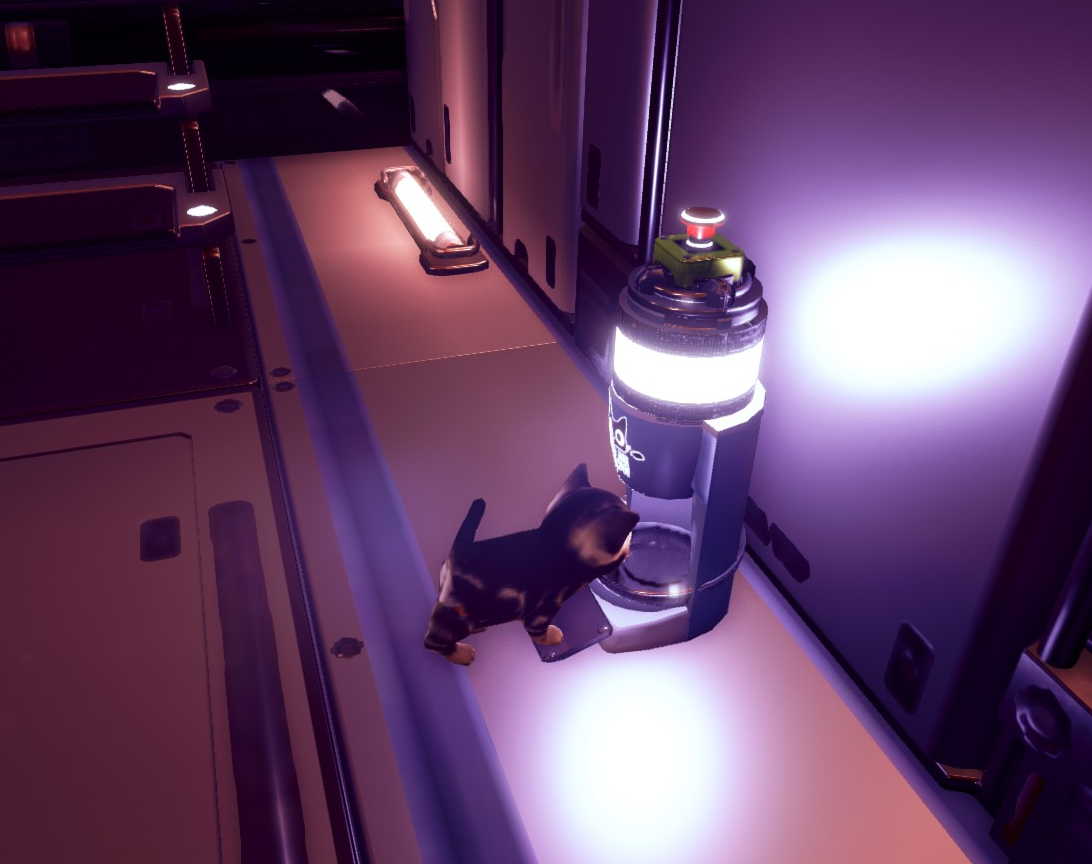 It's tricky, so tricky, to recommend early access tree-punching craft-build-starve games without a prolonged essay about oversaturation, the biting off and chewing of more-than-you-cans, disclaimers about the time they take to brew and how little we can spare, and everything else you've probably already had conversations about yourselves.

You already know how the basics work. 3D landscape, biomes, desert, grass, bogland, earth, rock, iron ore, tree, combine, etc, etc. Evospace distinguishes itself by allowing more granular digging and building than the traditional Minecraft blocks. You can carve quite complex curves instead of just in cardinal directions, and place material down similarly, making for much more freedom in design. I see no reason you couldn't literally sculpt statues from the landscape (while being mindful not to fall into an open cave again, either natural or one you've dug yourself). While digging for stone and clay I realised I was making a fairly realistic quarry, taking care to dig ramps and paths back out to keep the landscape manageable (and to make sure any stones I missed didn't roll down the hill. A small but oddly satisfying detail).

Its other distinction is far bigger, but mostly out of reach in the short time I had with it. You don't just make a furnace and occasionally top it up. You make several furnaces and hook them up to moulds that feed into other machines and in time, a whole network of automated manufacture. 2019 seems to be the year that Factorio's offspring are sprouting, and while it could still go either way, Evospace strikes me as one worth crossing a finger for.

You are a metal ball, and you must freefall as far and fast as possible, while blasting away at obstacles and dodging things that want to detonate you. It is a kind of inverted Blast-Off, although its challenge doesn't feel quite as instinctive. Movement is a tiny bit too difficult, momentum too easily snatched from you. But gosh it's a fun little thing.

You drop, and dodge mines, and shoot bricks to clear a path (and to loosen free gems that boost your score). The stock weapon must be recharged, and there are pinball-style bumpers dotted about at random, which can be a nuisance, a hazard, or offer a lucky bounce back up to the clutch of gems and the weapon pick-up you missed. Some blocks contain temporary weapons to make like easier and more spectacular, and if you're lucky and/or skilled, you'll get into a consistent pattern of using those weapons to clear paths to even more weapons, rarely dropping back to the stock gun and its clumsy need to recharge every dozen or so shots. The best moments come when the firearms combine. The laser is powerful but very brief. The laser combined with the triple shot and the rapid fire is a glorious few seconds of masonphobic power.

If it had a bit more to it and the controls were tightened up just a little (the jump in particular is inconsistent) it could really kick off. It doesn't have the absolute beast of a soundtrack that Blast-Off did, but its one track does get louder and more complex the faster you're going - another small trick paying huge dividends this week.

Pick of the Week: Stardrop is strong. But Heart of the Woods has pipped it. 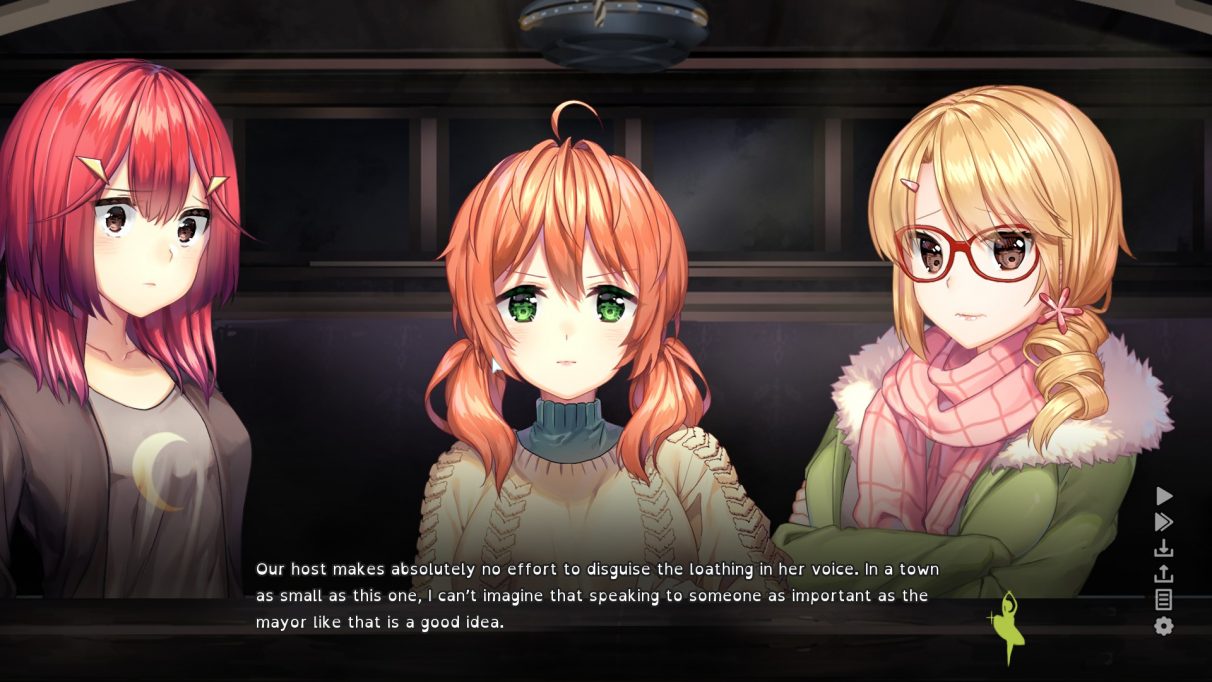 I appreciate a lot about this one. It's made with the player in mind. It has lovely music. It has put real thought into the characters, how they talk and think about their lives, their work and their relationships. But most of all, it keeps me intrigued. I suspect I know what's going on, but I hope it's something else, because I like these people. You're out in the snowsticks because of probably nothing, as usual. But I want it to be something. I wanted it to be ghosts or fairies or something, because it's either that or the poor, sweet girl who invited you is probably very unwell. And god, wouldn't that be a heartbreaking way to end the series you've made for years with your friend? Just awful. And that's probably what Tara is going through, and probably exactly why she's trying not to confront it directly, and... yeah, I'm super into this one. Even without the promise of lesbian smoochin'.

Probably buried that lede a bit.