Frostivus is coming, but it’s not designed by the people you might expect. Frostivus is the Christmas event that Valve used to run for Dota 2 every year, though their last effort was way back in 2014. This year, Valve are turning to their modding community to revive the event in the form of a contest, with a $30,000 prize for the winner. I spoke to several participants about their games, and how they feel about doing what many would consider as spec work.

I have to admit, I haven’t really enjoyed previous Valve-designed Frostivus events all that much. I’m hoping that something a bit more leftfield will come out of this contest, and that’s certainly what some of the entrants I spoke to seem to be creating. Vic Frank is tackling the competition by himself, and is making a collection of minigames, so that the scope of his project doesn’t get out of hand. “I figured it would be easy to expand my game by adding more minigames… I could just add and subtract games at will”

Participant ‘Darklord’ is mixing things up by recreating Overcooked in Dota, though I have to admit I’m skeptical about how favourably Valve will look on an event that bears so many similarities to an existing game. Darklord is keen to stress that the kind of cooperative cooking mayhem in his game “has never before been seen in the online multiplayer world”, emphasisng that Overcooked was offline multiplayer only.

Some teams have stuck with the Greeviling theme, such as Keril Artemov’s game - another solo project - that revolves around hatching and deploying your own greevils. Elsewhere, Maelstorm was part of a team that also stuck to the Frostivus formula that he reckons Valve are looking for.

While talking to people about what they’re working on was interesting, we’ll get to see the creations when Valve puts forward their pick of the best for a community vote at some point in the next two months (more on that problematically ambiguous deadline later). I was more intrigued by the state of the Dota modding scene, and how the community has responded to the contest. 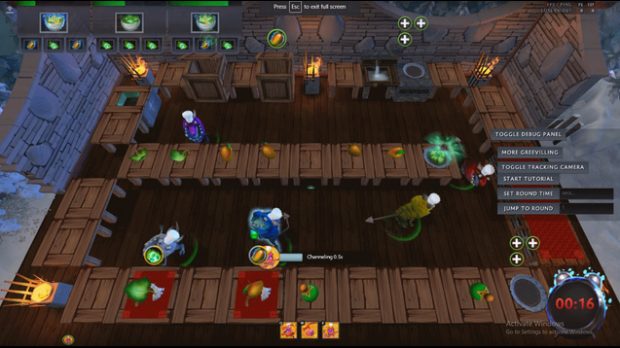 One measure of activity in the modding scene is how easily the participants could find playtesters. Several of the people I spoke to mentioned how they’d struggled on that front: “I've tried reaching out to the broader community, but with poor results”, said VicFrank. A reddit thread he made “got literally no attention”, and asking around in the Frostivus testing channel within the Dota 2 client only produced one tester.

Keril Artemov also struggled, highlighting how hard it was to gather 10 people together at once. The hero of Frostivus might be a youtuber known as Baumi, with both Keril and VicFrank mentioning how useful they found the feedback from his and his viewers.

So, this is where things get a little tricky. On the one hand, the Dota modding scene was clearly in need of something to revitalise it - but it’s hard to avoid the spectre of spec work that’s haunted the event. Spec work is short for ‘speculative work’, and essentially boils down to ‘working for free’.

Pip has previously written about the problem with this kind of competition. It’s easy to see how the situation favours Valve: of the hundreds of people who commit many hours to producing work, Valve will only pay one team. They spend far less money than if they’d got their own design team on the job while still profiting from the increased attention the event brings to the game. 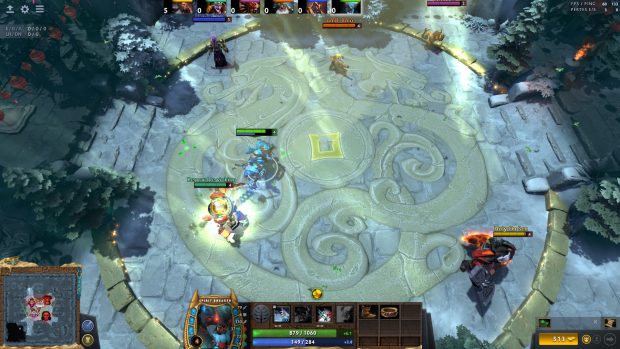 I asked the entrants I spoke to if they had any reservations about participating in the contest and, perhaps unsurprisingly, at the time they all said they were happy to contribute. Darklord even acknowledged that it may well be spec work, but nevertheless thought the contest was “a great move by Valve”, and that he’d love to see them hold another competition. Maelstorm described the contest as “adding a possible monetary prize to something they (modders) already love to do, so it's pretty much a win/win situation”.

VicFrank took a similar line, and told me that he’d been making custom games since the tools for it came out, but had stopped in the past year or so - along with a lot of other modders. “This contest has been a great excuse to come back and make something”, he said, while Darklord claimed that he was “happy enough that Valve was showing a little bit of attention to the custom game community”. Importantly, VicFrank also informed me that running a contest is one of the things the community has been asking for for a long time.

What’s also important, however, is that not every modder participated for fun. In the Discord channel that I joined while looking for people to speak to, multiple people mentioned that money was their primary reason for joining the contest. 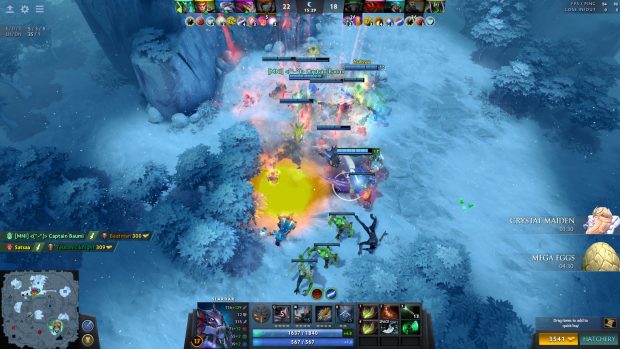 Motivations aside, it still seems that most of the entrants were pleased that the competition was being held. Keril Artemov sums it up best, saying that he was “glad we have what we have”, but pointed to the competitions that Blizzard does for their SC2 arcade community as a better model for how to run a contest.

That dissatisfaction stems from Valve only offering a prize for first place, which all of the modders I spoke to highlighted as an issue. VicFrank argued that only rewarding one team really hurt the competition: “If you're making a less ambitious game, (and I may fall under this category), it's fairly demoralizing knowing that there's basically no chance of getting recognized.”

Another major concern that came up in the Discord chat after I’d spoken to the people above was how Valve have handled the competition deadline. The contest was originally set to close on November 20th, but on November 17th Valve tweeted this.

Today’s update fixes a recent bug that was affecting workshop submissions for some heroes. The Frostivus 2017 Call to Arms and Custom Games Contest deadline has been extended from November 20th to November 24th

That tweet was the only place that Valve announced that they were extending the deadline - putting anyone that didn’t happen to see it at a disadvantage. After the 24th, Valve continued to allow entrants to upload bug fixes for their game - leading to multiple instances of participants continuing to add features under the guise of bug fixes. That puts every participant in an understandably frustrating position: whether to risk adding more to their game, or leave it as is and worry that they’ll then lose to a team that does continue to update their game. 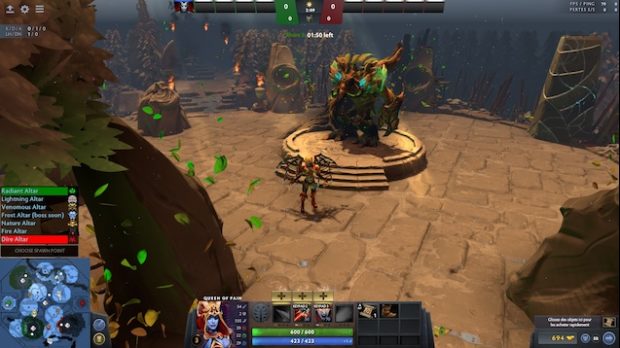 Further muddying the waters, when one modder from the ModDota Discord channel contacted Valve to ask for clarification, they were told that “bugfixes can still be submitted, but are not guaranteed to be included in the review process”. The impression that gives is that Valve are continuing to allow teams to upload bugfixes after they’ve already looked at other submissions, which means that some teams - though nobody knows which - have more time to polish their games than others.

It’s clear that Valve could have done a better job of running the contest, especially when its only they who are guaranteed to benefit from it. It seems there are two ways of looking at the competition itself: as a way of revitalising a modding scene that was in need of attention, or a way of getting the community to make their event for them in a cheap, potentially exploitative format. As Darklord comments, "maybe it's both".