Man alive, I was a bit worried about AMD’s Radeon RX 5700 XT for a minute there. Not from a pricing point of view, you understand. Even before AMD did their unexpected Navi price cut on Friday, I was always semi-confident that this supposed RTX 2070 rival would be able to hold its own against Nvidia’s RTX Super competitor simply by virtue of already being a tiny bit cheaper. Then when they announced their new AMD Navi GPU would suddenly cost £380 / $399 instead of $449, I was flabbergasted. What a triumph, I thought to myself. This will go down as the comeback to end all comebacks.

But then my PC started crashing part way through my benchmarks. At first I put it down to the ludicrous summer heat. It does, after all, get pretty toasty in my office. But then it kept crashing, and crashing again, and when I looked at MSI Afterburner’s temperature readings, my stomach did a terrible kind of flip-flop. 94 degrees, it said. No wonder it was throwing its hands up and turning itself off. My heart sank. Had AMD gone and shot themselves in the foot after all? What a terrible shame! Honestly, the subtitle of this review was almost going to be ‘Too hot to handle’. But then AMD released a new driver yesterday morning and everything was right with the world again. Phew! Talk about a last minute save.

Since yesterday, then, I’ve been furiously retesting the RX 5700 XT to make sure everything’s fine and dandy. And so far, it seems as though AMD’s new driver has indeed fixed that awful temperature problem. It still runs between a pretty toasty 75-80 degrees a lot of the time, rising to a peak of 87 degrees occasionally, but at no point have I seen it stray over that dreaded 90 mark. Thank the best graphics card gods.

I am not kidding – I didn’t initially pay much attention to its design when I first put it in my PC, and when I opened it up again after all those crashes I initially thought that the weird dip in its thermal shroud was where it had legit melted from running at such crazy high temperatures. Thankfully, after a frantic checking of AMD’s E3 livestream I realised that, no, it hadn’t melted, it was just always like that. Cue wiping an immense amount of sweat off my brow. 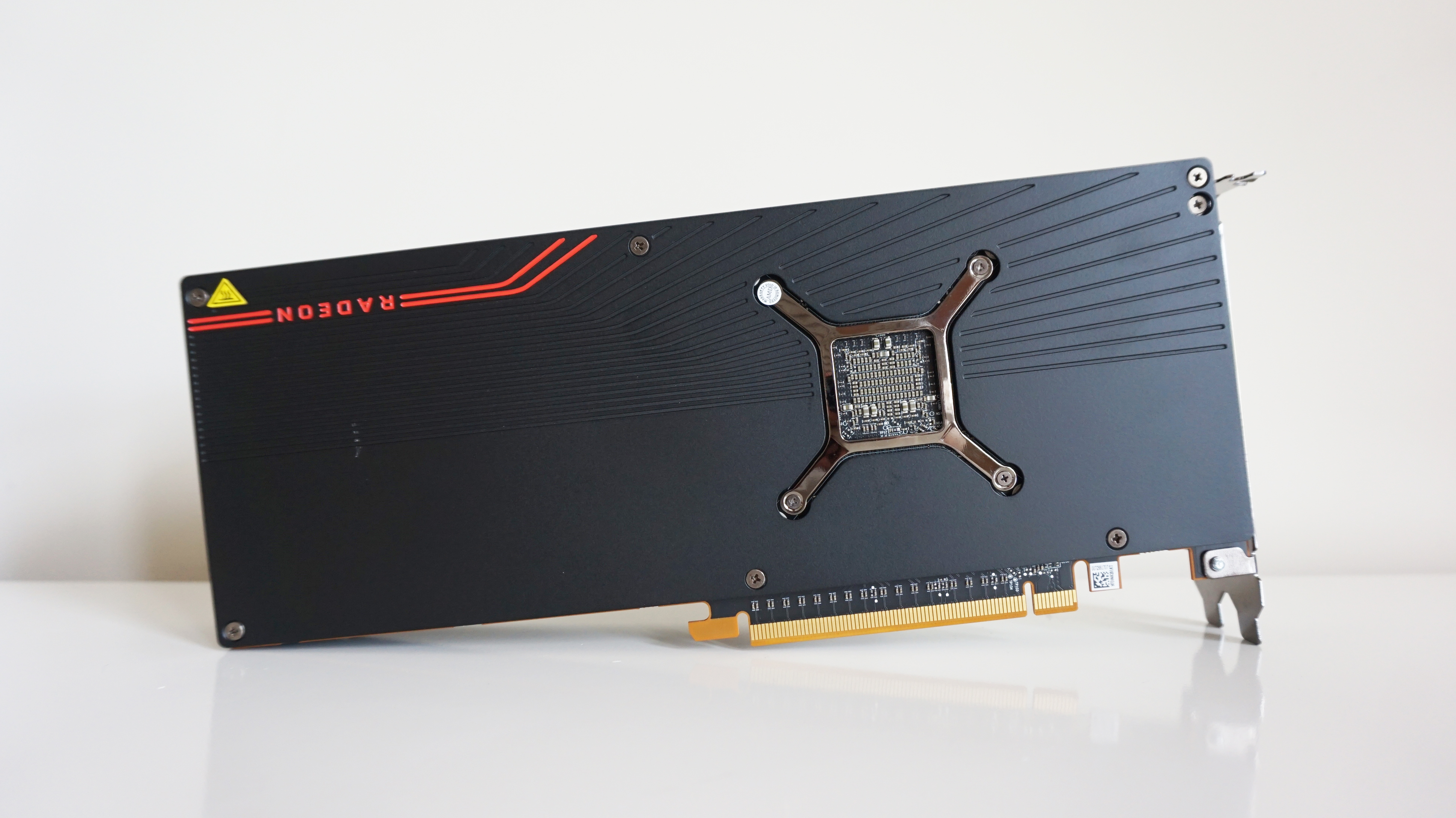 Either way, it probably goes without saying that the RX 5700 XT and I didn’t get off to the greatest of starts. Now, though, I think everything’s fine – which is just as well, really, considering this $399 graphics card effectively goes toe to toe with Nvidia’s similarly priced RTX 2060 Super GPU while also taking on the regular RTX 2070. It’s not quite an RTX 2070 Super killer sadly, but if you’re after a stonking 1440p card that can also do a little bit of 4K while giving Nvidia’s lot a run for their money, then the RX 5700 XT does that in spades.

I won’t waste time yammering on about its 1080p performance. In short, it can do everything at 60fps+ on max settings at this resolution, with a lot of games going even higher than that, giving you a minimum of at least 70fps or even 80fps depending on the title. I’ll be doing more detailed comparison graphs in the coming week, but needless to say, this card can run games at 1080p absolutely fine.

Instead, you’re much more likely to be considering the RX 5700 XT as a card for playing games at 1440p and above – much like its non-XT Radeon RX 5700 cousin. Again, I’ll be putting both RX cards against each other in a separate piece over the next couple of days, but today I want to focus on how the 5700 XT stacks up against its Nvidia rivals – chiefly, the RTX 2060 Super, which currently costs exactly the same amount of money as the RX 5700 XT, and the RTX 2070, which is $100 more.

In many ways, the RX 5700 XT is just an ever so slightly more powerful version of its non-XT sibling. It’s still got 8GB of GDDR6 memory, for example – the same as Nvidia’s two cards, but its base clock speed’s been bumped from 1465MHz up to 1605MHz. It also has a higher ‘game clock’ of 1755MHz (the speed AMD say you’re more likely to see when playing games), as well as a faster max boost clock of 1905MHz (up from 1725MHz). It’s also got four more compute units than the regular RX 5700, giving it a bit more oomph when it comes to hitting those lovely high frame rates. 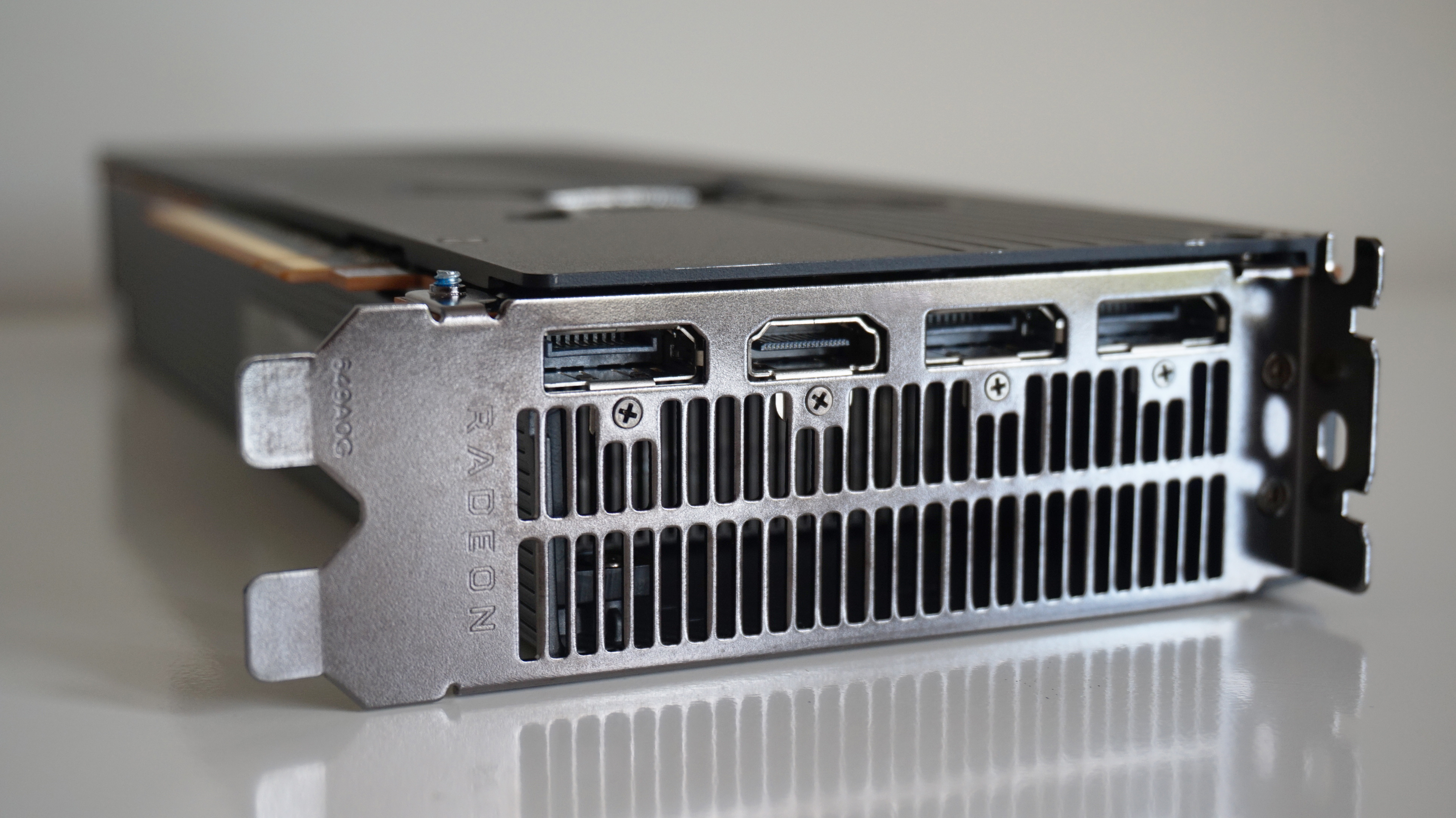 At 1440p, then, it’s pretty much neck and neck with the RTX 2060 Super, posting identical average speeds in Total War: Three Kingdoms (50fps on Ultra), Assassin’s Creed Odyssey (54fps on Ultra High), Final Fantasy XV (59fps on Highest with all the fancy Nvidia effects turned off) and Shadow of the Tomb Raider (52fps on Highest with its top SMAA x4 anti-aliasing enabled).

The other half of my testing results, however, was much more closely aligned with the regular RTX 2070, showing the RX 5700 XT pushing past the RTX 2060 Super to stand shoulder to shoulder with the rather nippy Zotac GeForce RTX 2070 Amp Extreme card I got in to test against the RTX 2070 Super.

In Monster Hunter: World, for example, the RX 5700 XT managed a smooth range of 53-66fps on Highest when I was rummaging through the Ancient Forest looking for new dinosaur hats, which is actually a fraction faster than what Zotac’s RTX 2070 managed on the same settings (51-63fps) and only a smidge behind the RTX 2070 Super (56-68fps).

The RX 5700 XT also edged ahead of the RTX 2070 in Metro Exodus, averaging 56fps on Ultra in its tough dedicated benchmarking tool, which once again puts it on an equal footing with Nvidia’s RTX 2070 Super card. The Zotac, meanwhile, only managed 53fps, while the RTX 2060 Super was all the way down at 49fps. The RX 5700 XT was streets ahead of all three Nvidia GPUs in Forza Horizon 4, too, averaging 125fps on Ultra compared to the RTX 2070’s 100fps average, and even the RTX 2070 Super’s score of 112fps.

As I said earlier, I wouldn’t say the RX 5700 XT is an out and out RTX 2070 Super killer, as there are still one too many instances where it’s simply no better than Nvidia’s RTX 2060 Super card. However, there are enough glimpses of RTX 2070 Super brilliance here to put it in serious competition with Nvidia’s middle tier Super GPU – which for $100 less is pretty darn impressive.

At 4K, the RX 5700 XT gets even more up in the RTX 2070 and RTX 2070 Super’s grill. It’s not really capable of playing games smoothly on anything more than Medium settings at this resolution, but as an entry-level 4K card, it’s still a pretty enticing prospect. In Monster Hunter World, for example, the RX 5700 XT managed a very playable range of 43-50fps on Mid at this resolution, nestling right in between the RTX 2070’s score of 38-50fps and the Super’s 46-53fps.

The same goes for Shadow of the Tomb Raider. On High with its basic SMAA anti-aliasing enabled, the RX 5700 XT produced a smooth 51-57fps as I wandered through the busy Dead of the Day festival in Cozumel’s town square, nudging it just in front of the RTX 2070’s 49-55fps and just behind the Super’s 54-59fps. And of course, it’s still miles in front in Forza Horizon 4 as well, averaging 81fps on Ultra compared to the RTX 2070’s 69fps average, and it even pips the RTX 2070 Super to the post as well, which averaged 79fps.

Alas, it once again fell back down to more RTX 2060 Super levels of power in the rest of my 4K benchmarking results, coming in with identical averages in Total War: Three Kingdoms (50fps on Medium), Final Fantasy XV (43fps on Average) and Assassin’s Creed Odyssey (56fps on Medium). The only game where it was actually worse than the RTX 2060 Super was Metro Exodus, averaging a mere 33fps on Medium compared with the Super’s 43fps. 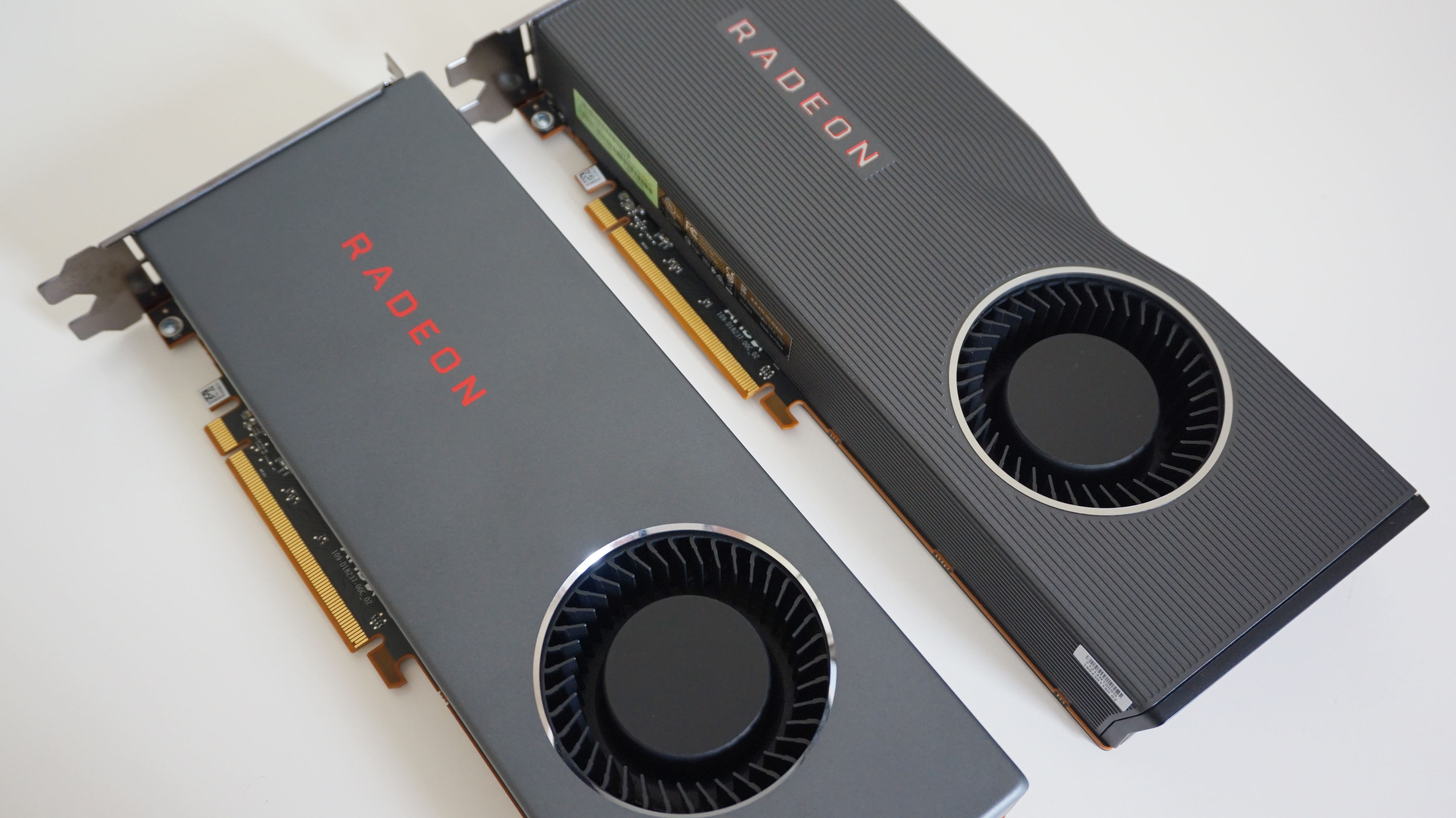 Ultimately, though, you’re still looking at something that’s a bit more powerful than the RTX 2060 Super here, which, if you’re not faffed about all this real time ray tracing malarkey, is pretty compelling for the same amount of money. It’s also a great way of getting occasionally RTX 2070 tier performance on the cheap, too.

However, as I said in my RX 5700 review, I do have concerns about this particular version’s noise levels. Compared to the RTX 2060 Super, it’s like apples and oranges. One sounds like a rocket’s about to take off. The other is virtually silent. Plus, the RX 5700 XT still runs pretty hot compared to its Nvidia rival (about ten degrees higher, give or take), even after AMD’s latest driver update.

Of course, this is only AMD’s version of the RX 5700 XT, and there will almost certainly be more third party cards available soon with much better cooling options that are (hopefully) a heck of a lot quieter, too. I’ll do my best to get at least one of these in for testing when they’re available to see if they’re any better in this department, but for now my advice is to wait.

Noise quibbles aside, though, AMD is very much back in the game here – especially with that incredible price cut. If it had stayed at $449, it almost certainly would have faded into irrelevance. Sitting right next to the RTX 2060 Super at £380 / $399, though? Genius. Personally, I think you’d probably still be perfectly happy with the regular RX 5700 if all you’re after is a best graphics card tier GPU for playing games at 1440p (especially if you only have a regular 60Hz monitor), but if you’ve got the budget and want something that can nudge itself up into the 4K bracket as well, then the RX 5700 XT is almost certainly the card to go for if you’ve decided to give ray tracing a miss this generation.