If you click on a link and make a purchase we may receive a small commission. Read our editorial policy.
A Panel Shaped Screen is a monthly column where Giada Zavarise explores how comics and videogames inspire each other. This time, Giada is going on an adventure.

It’s the newest instalment of A Panel Shaped Screen, a monthly column about the way comics and games influence each other. The article promises to tell you everything about interactive webcomics.

What will you do?

You click on the button and the article fills your browser window. You learn that interactive webcomics, sometimes also called Quests or Adventures, are a collaborative medium where artist and audience work together to create a story. The artist usually starts by using pictures and captions to set up a situation. "Here is a character trapped in a room", they might say. "What should they do?"

Readers are in charge of controlling the main character, and can make suggestions about their next move. The author then picks an idea, draws a new panel, and waits for a new round of inputs. Some authors get creative, and also use gifs, flash games and music to immerse the readers in the story. The result is a weird, illustrated hybrid between a Choose Your Own Adventure book and a tabletop RPG where everyone is playing the same character.

You are intrigued by this explanation.

> Read more about the history of this medium.

Ignore the page buttons at the bottom. Using them is cheating! 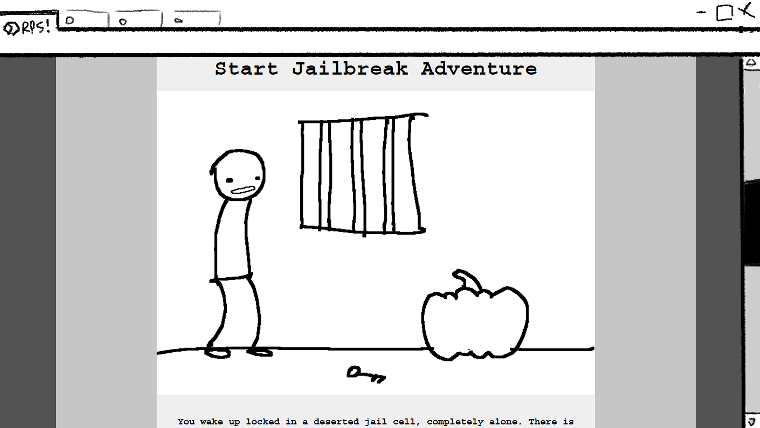 You learn about Jailbreak, one of the earliest examples of an interactive comic.

Created by Andrew Hussie in 2006, Jailbreak started as a forum game about an unnamed character trying to escape from prison. Friends would suggest what to do next, and Hussie would draw the results of the first suggestion.

Everyone involved had a lot of fun, but the story quickly became too nonsensical to follow. Sensing the format's potential, however, Hussie created the site MS Paint adventures to host Jailbreak and other experiments.

You also learn a delightful anecdote to share with people at parties: despite the name, only the first page of the story was painted in MS Paint. 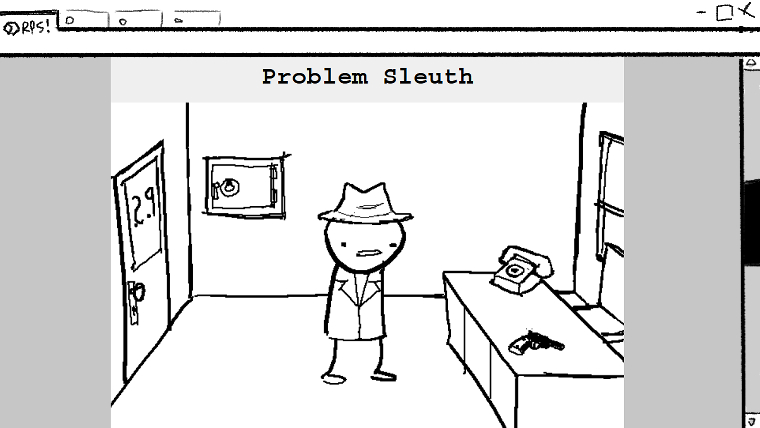 Problem Sleuth is a story that starts with a detective trapped in an office, only to become an incredibly complex saga about clowns, parallel dimensions, black holes, candy-based weaponry and giant fans floating in the sky.

For Problem Sleuth, instead of always relying on the first suggestion like he did with Jailbreak, Hussie opted for a more flexible approach. He was trying to nail the perfect balance between silly suggestions and coherent storytelling.

You learn that Problem Sleuth gained a good following, helping to popularise the story format. In the official MS Paint forums, more users started creating their interactive stories. Some, like Prequel, later got their own shiny websites, too.

> Read about Prequel.
> Reminisce about Homestuck.
> Wonder what Homestuck is. 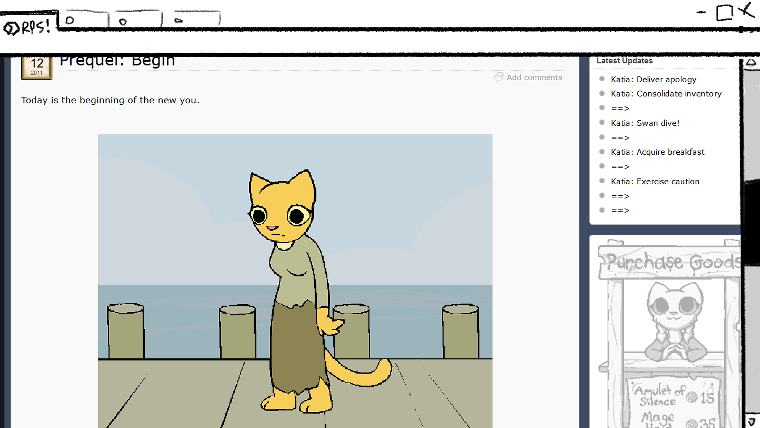 You read about Prequel, an Elder Scrolls fan comic about a very, very unlucky Khajiit girl trying to start a new life in Cyrodiil.

You learn that Prequel is known for its slow -- but lengthy -- updates, which often feature elaborate gifs and flash games.

Despite its positively glacial schedule, Prequel retains a dedicated fan base, because cats are cute and mocking Oblivion never goes out of fashion.

> Reminisce about Homestuck.
> Wonder what Homestuck is. 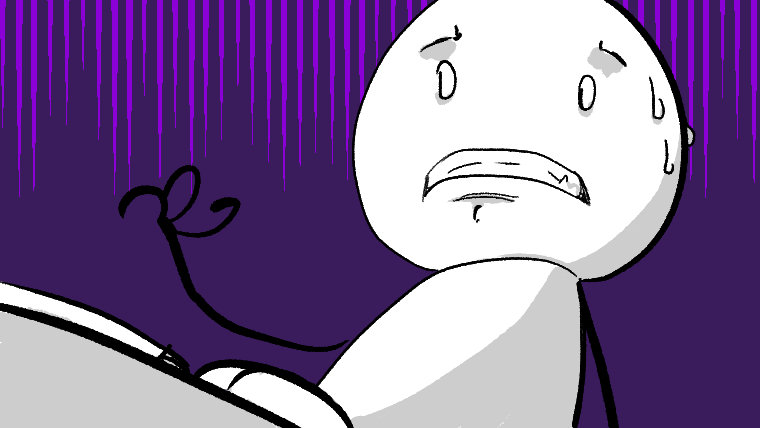 Some buried remembrance in the back of your brain claws its way to the surface. You have a horrible, horrible flashback.

Then you remember that, despite being posted on MS Paint Adventures, Homestuck stopped relying on users suggestions after the first few chapters. Hussie wanted more control over the story. It cannot be considered a true interactive comic, and therefore will not be featured in this article.

You exhale. A sigh of relief.

> Read about Prequel.
> Wonder why you’re reading an article about comics on a games website.

A chill pervades your room.

You get the impression you should not investigate this matter further.

> Read about Prequel.
> Wonder why you’re reading an article about comics on a games website. 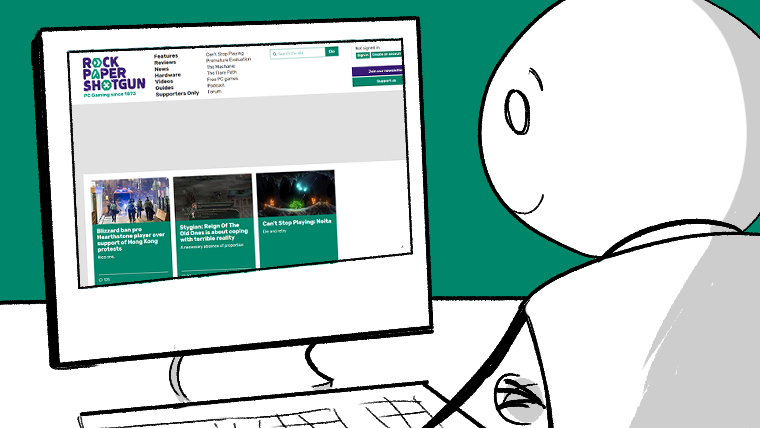 You understand from what you've learnt so far that, while interactive comics aren't exactly videogames, their existence is inextricably tied to them!

Their writing style is often reminiscent of text parser games, like Zork, Anchorhead, or the more modern example Stories Untold, with lengthy descriptions highlighting all the props users can interact with. And like adventure games or escape the room games, interactive comics often feature absurd puzzles, a player inventory, and mysterious environments to explore. They're stories made by videogame fans for videogame fans, and jokes about the medium are common. At one point, the plot of Problem Sleuth became so convoluted the characters opened Gamefaqs to read a walkthrough of their own story.

You also learn that like videogames, interactive comics can be very difficult to make.

> Read about the difficulties involved.

These comics are often victims of their own success. Apparently, the biggest issue interactive comic creators face is popularity.

The more people read your work, the more conflicting ideas will flood your suggestion box. How to decide which ones are worth picking? Do you choose the most popular, the more fun, or the one that will help you progress the story? And what if your fandom becomes split into groups, each rooting for a very different outcome?

It's frustrating for the artist, and it's frustrating for fans too. The more a readership grows, the less control readers have over the story. If everyone suggests a different action, the author has to pick their favourite option among endless possibilities, and it's likely that only a few readers will be happy with it.

You also learn that it can be daunting to join the fun after a story has been going for a while. It's cool to contribute to a comic in real time, suggesting silly actions only to watch them fail; it's less so to be a new reader trying to catch up. Interactive webcomics tend to have pacing issues, with meandering story lines and confusing sub-plots. It's like starting to watch Eastenders in the present day and immediately running into an episode about the character Nick Cotton and the significance of his death in 2015.

You realise this is probably why some interactive comics, like Problem Sleuth and Homestuck, close their suggestions boxes after a while. Popularity can be a double-edged sword.

> Wonder where you can find more Quests that still accept users input.

You learn you can still play Quests, but you might have to go to 4chan. Oh dear.

> Tremble and keep reading.
> Wonder if there aren't better alternatives than 4chan.

You learn that Quests have been pretty popular on 4chan, because the format works very well on board sites: artists can chain posts, allowing readers to easily keep track of the story, and archive past episodes to be easily referenced later.

Quests started gaining traction on /tg/, a board dedicated to tabletop and board games. The first one, Drew the Lich, started in 2006. The most popular, Ruby's Quest, started two years later: it's a story about a rabbit trying to escape from an underwater prison, and if you aren't comfortable with body horror you should probably not read it.

How popular, you wonder. You discover that Ruby's Quest spawned a music album, countless pieces of fan art, and a decade-long spiritual sequel called Nan Quest.

You learn that after much squabbling about how and where to allow Quest games, 4chan got a dedicated Quests board in 2016. You could go play there, if you really want; it's slower and vaguely nicer than other parts of 4chan. It's also a good place for storytellers who favour text over images: you don't have to draw your own pictures to run a quest there -- though it's always appreciated.

> Wonder if there aren't better alternatives than 4chan.
> Scroll to the end. 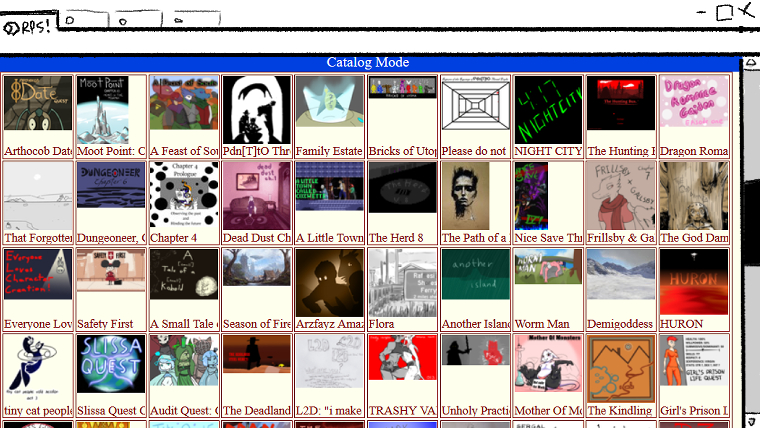 You find out about tgchan, a board entirely dedicated to Quests. You see the site contains some NSFW quests... but it seems to, overall, be a nice place!

If you aren't familiar with boards, creator Ira wrote a handy guide about posting on tgchan.

You also learn about MS Paint Fan Adventure, which allows you to create your own story in the format of Hussie's webcomics. Most of the stories hosted on the platform are Homestuck webcomics (go figure), but there's space for original content as well.

> Scroll to the end.

You get a final reminder: Adobe is going to kill the Flash plugin in 2020, and many stories mentioned in this article will get broken as a result. If you want to read some of the most popular stories, you'd better do it right now!

You finish reading the article and decide to go on a Quest.