We've not talked much about A Robot Named Fight here before, and that's a shame, because it is a personal favourite. Developed by Matt Bitner, imagine Super Metroid hideously fused to The Binding Of Isaac. It generates short-ish (a couple hours long if you survive to the end) Metroidvania adventures, giving you a different set of abilities and weapons each time round, which will be needed to unlock more areas and explore further. It's also full of horrible meat-monsters, weird robot gods, and it just got a huge expand-o-patch today, and a discount. See a trailer and some more thoughts below.

The title is literal - you play as a robot named Fight. Fight Smith #78, on my last playthrough, although my next incarnation will be Fight Smith #79. A mass-produced soldier bot created by robot civilization in order to fend off The Megabeast, a moon-sized mass of mouths, eyes and cloacas that's attacking your perfect robot planet. If you've ever played Super Metroid, this plays very similarly, with some floatier movement physics that can change later. As you get stat or body-changing upgrades, you might end up replicating Samus Aran's handling, or become a lumbering tank that fills the screen with explosions, or maybe a jetpacking blur of gunfire.

Each world generated is a self-contained Metroid adventure. Find a door that needs you to shoot through walls to hit an activation switch? You'll find a weapon that'll do that elsewhere, possibly dropped by killing a boss. High ledges? There's a double-jump somewhere. Small gaps? A spider-bot transformation or slide-kick power. Each time you beat the game, or beat a new boss, more area types, items and twists are added to the world generation pool, but each world is a coherent game without too much mess. It's the logical evolution of randomizer mods for Super Metroid. There's some huge secrets to find, and multiple endings too.

While newcomers won't really notice it, the oddly named Big Wet Update, released today, adds a lot more to the game. A new environment type - The Coolant Sewers - which has a distinct hot-and-cold gimmick and its own upgrade path required to survive it. This area has its own bosses, new basic enemy types and music. It also adds more items to the game's already-large pool of unlockable loot, new room templates for the other environments, and overhauls the game's world generator to make it less predictable. Previously, levels tended to be arranged in a ring-like pattern, but now exploration feels even less predictable. Solo developer Matt Bitner has a Patreon page to help fund further updates, too. 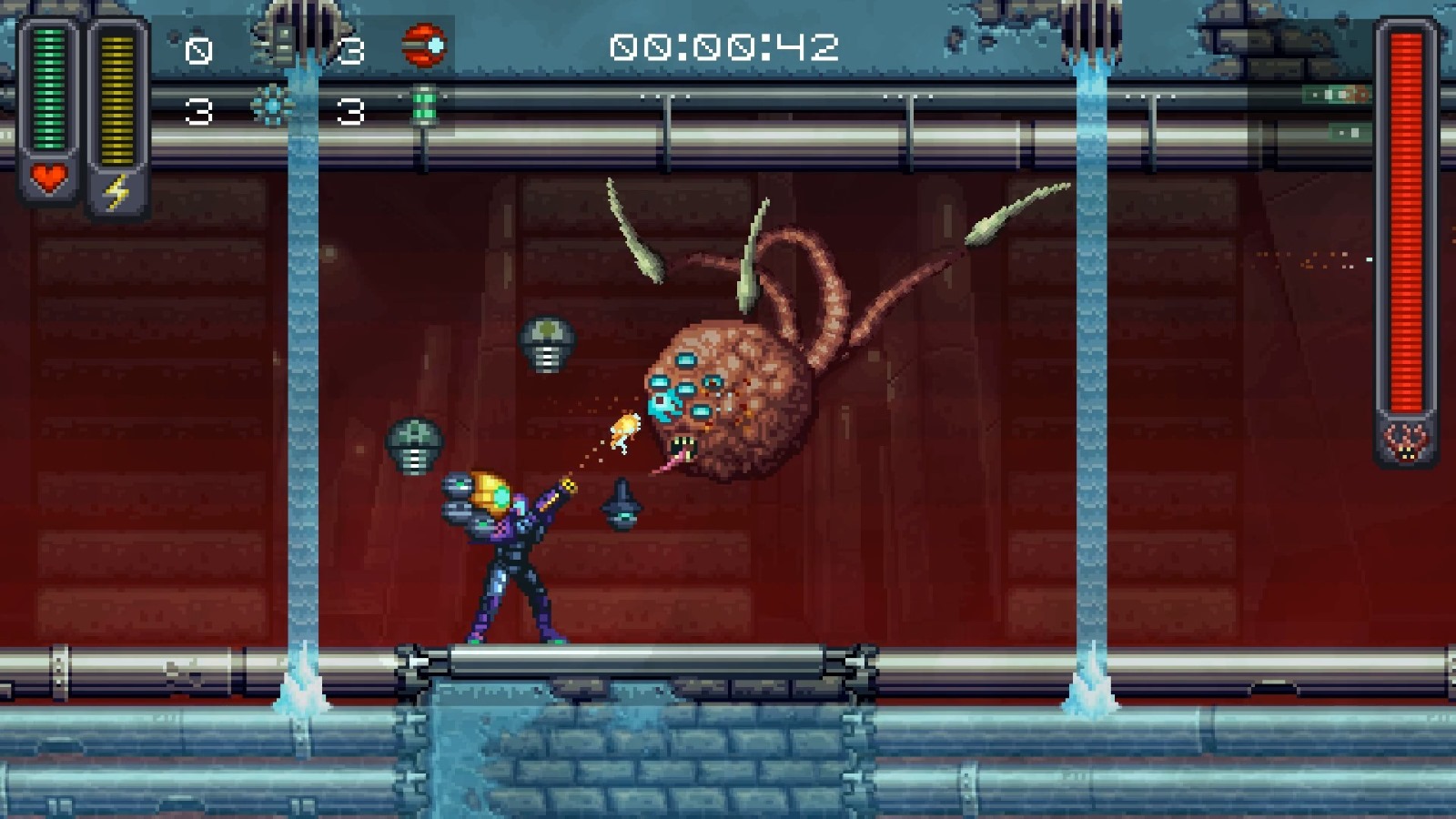 A Robot Named Fight is currently 40% off on Steam, bringing it down to £6.17/€6.17/$7.79, and comes with my wholehearted recommendation. You can see today's full patch notes here.