I’m a little bit in love with Sanhok, the new Playerunknown’s Battlegrounds map. It's packed with specific locations that have grabbed my attention in a way that nowhere on Erangel or Miramar has managed, but I’ve also been struck time and time again by its incidental loveliness. Come and join me on a little tour of this lush, vibrant jungle.

I’ll start with the cave, because I knew I wanted to write this the moment I saw it. You can enter from the land, via an entrance that’s tucked between these rocks. 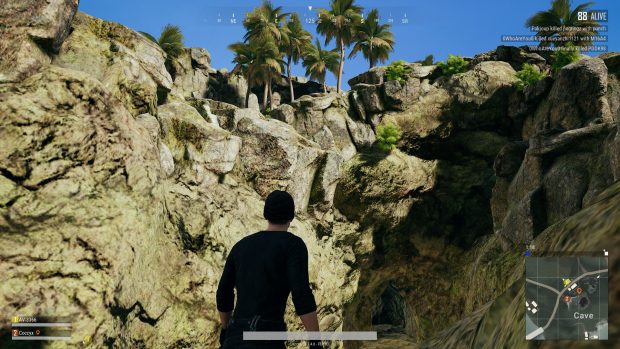 That's cute, and exciting in its own way. But it's got nothing on dropping in from above... 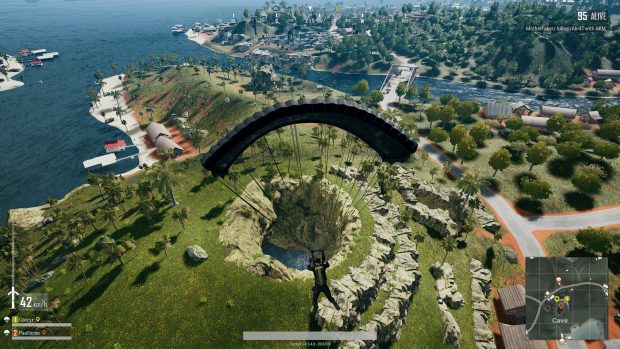 ...appreciating the scenery for a moment... 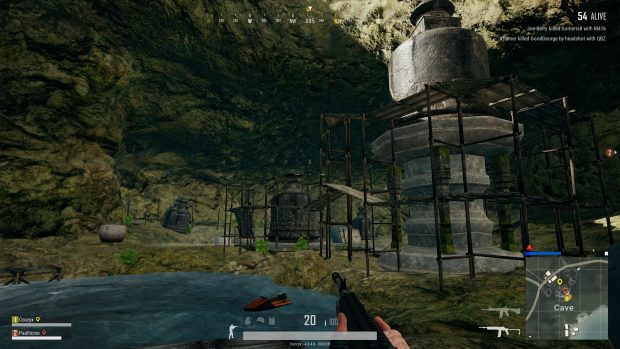 ...before hopping on that jet-ski and splashing off into a tropical paradise. 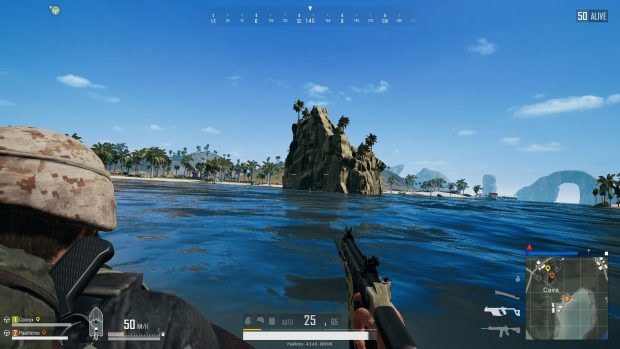 I'll get back to the actual paradise soon, but I'm also a fan of the Paradise resort. Mainly because it's got the best elephant statue in video games. 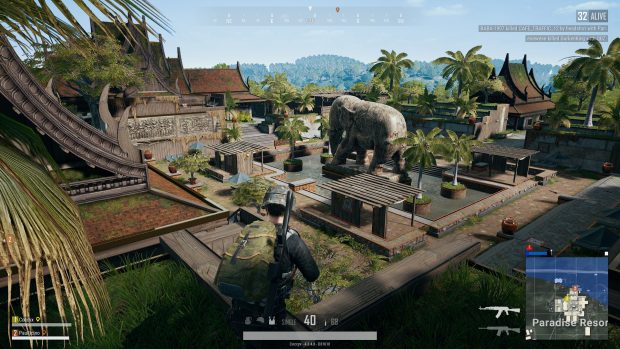 It's a lovely statue, though the resort itself is a bit of a tourist trap. If you want to see the real Sanhok, you have to head out to the coastal town of Tambang and look at the pretty piles of salt. 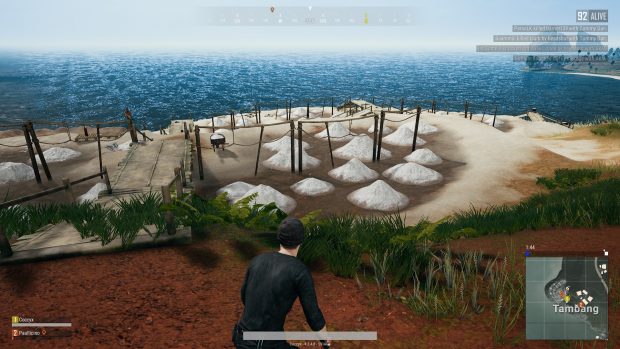 There're some in the east, too. 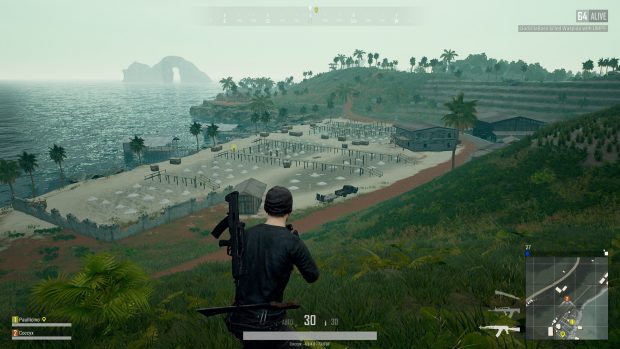 Though personally, I prefer the mother flippin' coconut farm. 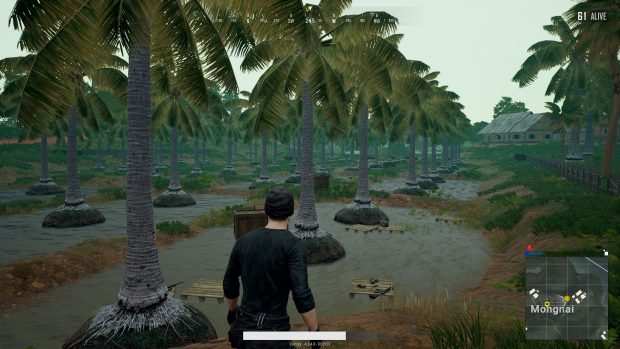 At least, I think that's what it is. Google images just confirmed my suspicions that the bottoms of palm trees don't look like that, so I don't really know what's going on (Edit: Oh! I just realised those bottoms would normally be underground, but they're exposed for some reason. Cool. Coconut farming confirmed.) I did enjoy getting into a standoff with someone where we both refused to leave the safety of our trees, though.

I'm not done celebrating the details that make this map feel like it's been lived in. The other maps have some neat touches, but for me they still give off a nuclear test city vibe. Sanhok goes beyond that.

I dropped down into Bhan because the squiggles on the map looked strange. I loved how as I fell, I couldn't work out what the hell I was looking at. 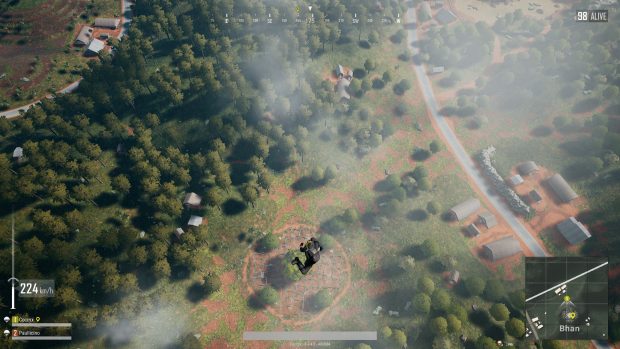 Even when I was almost on top of it. 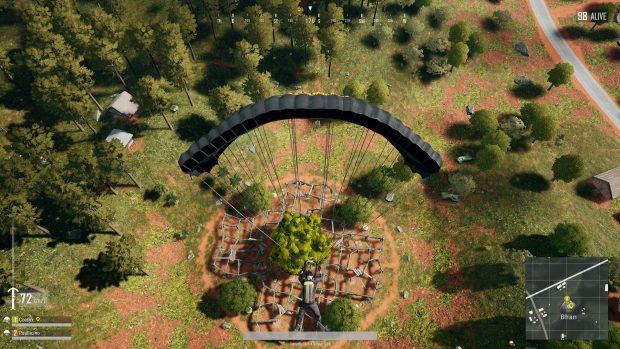 Oh of course! It's a lattice of overgrown wooden platforms around a tree that's decked out with bunting! 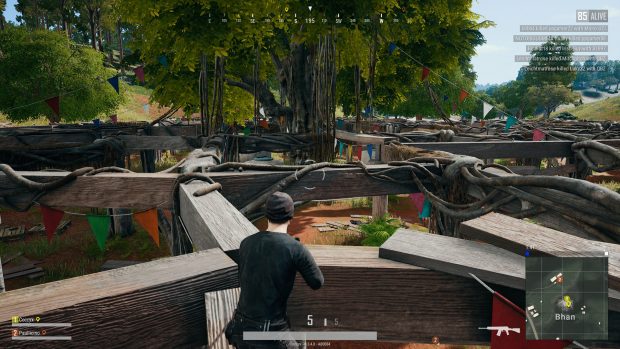 I'm utterly baffled, and that's fantastic. At first I presumed that this is based on a custom somewhere in South Asia I didn't know about, but googling for that hasn't gotten me anywhere. Is the idea that someone in Sanhok just... decided to throw this together for a party? Because I'm totally on board with that. Though if this does look like something someone's ever seen in the real world, I'll hate you forever if you don't tell me in the comments.

Every Plunkmap has ruins, but Sanhok's are by far the best. They’re spread out, which means you can drive around them in doomed attempts to run people over. 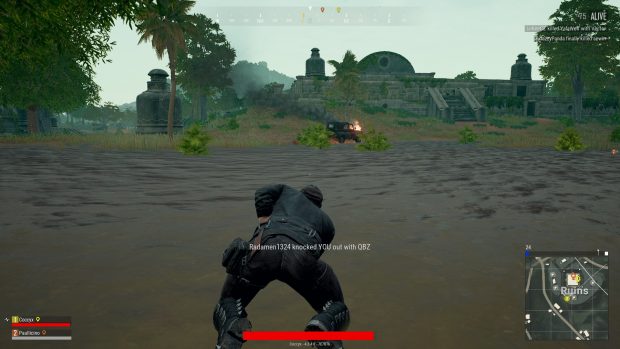 I promised you moments of incidental loveliness, so here's one of them. 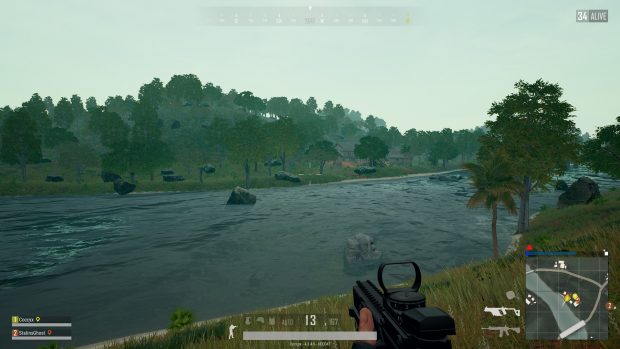 Those boulders are fab, both aesthetically and as objects that make firefights more interesting. I'm focusing on the aesthetic stuff here because it's impressed me in a way that I never expected Plunkbat would, but I can't resist highlighting how neat it is to actually have cover when I'm wondering about the wilderness. I still get gunned down by people I never saw, but those rocks often give me a fighting chance. 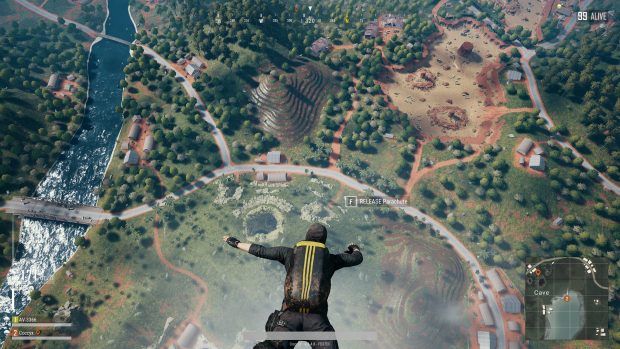 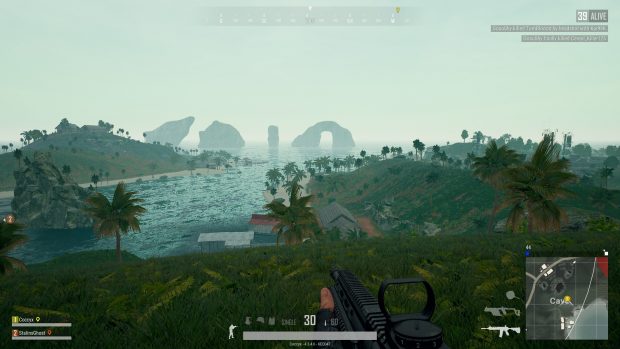 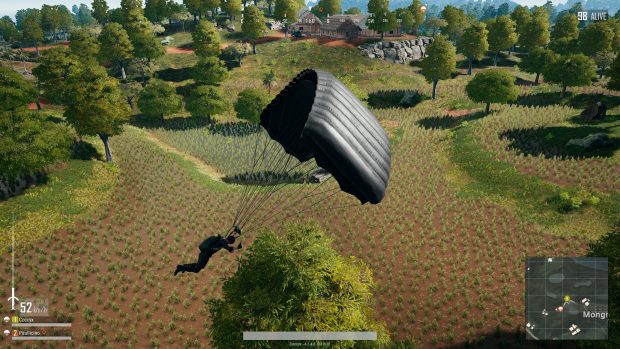 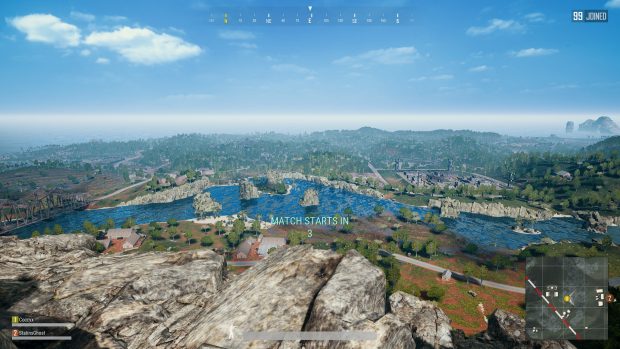 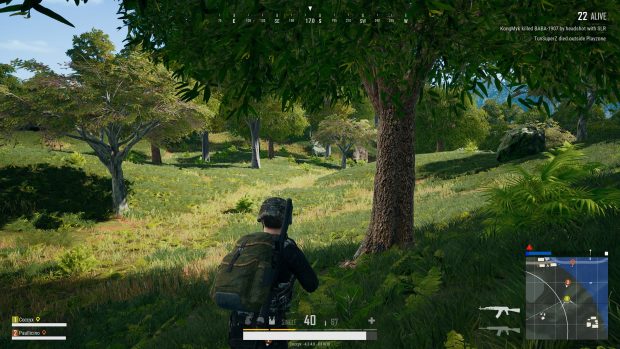 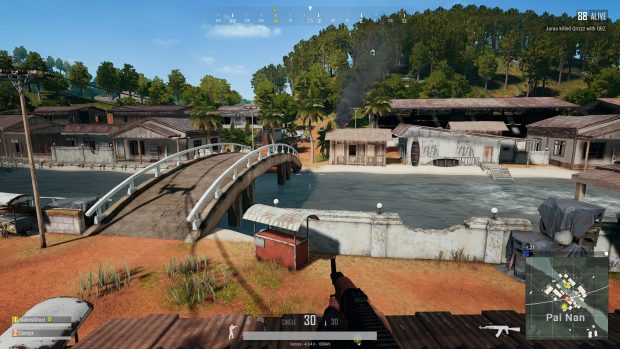 I pinched one of these screenshots from Paul Dean, who also helped show me around. Thanks Paul!