Six thousand, one hundred and forty-two - the current Guinness world record for most players involved in a single fight in an online game, attributed to sandbox space-sim Eve Online. Developers CCP aren't going to just sit back and let someone else take a shot at their record. Instead, they're partnering with Hadean (specialists in cloud-based networking) to bring us Aether Wars. It'll be a one-off event - an Eve Online-themed tech demo - and they hope to have over ten thousand players thumping away at each other in a gigantic, messy space deathmatch. Intrigued players can sign up here for the March 20th brawl.

The Aether Wars demo isn't just for show. CCP describe their previous Guinness record as "the final nail in the coffin" for Eve's present network architecture, a system which they've been updating incrementally since 2002. 6,142 players may technically be possible using their current system, but it slowed down to a crawl. Aether Wars is part of their joint research-and-development project with Hadean. There's no time-frame given for when it might bear fruit, but it sounds like they eventually plan on adopting a radically different server structure at some point in the future. 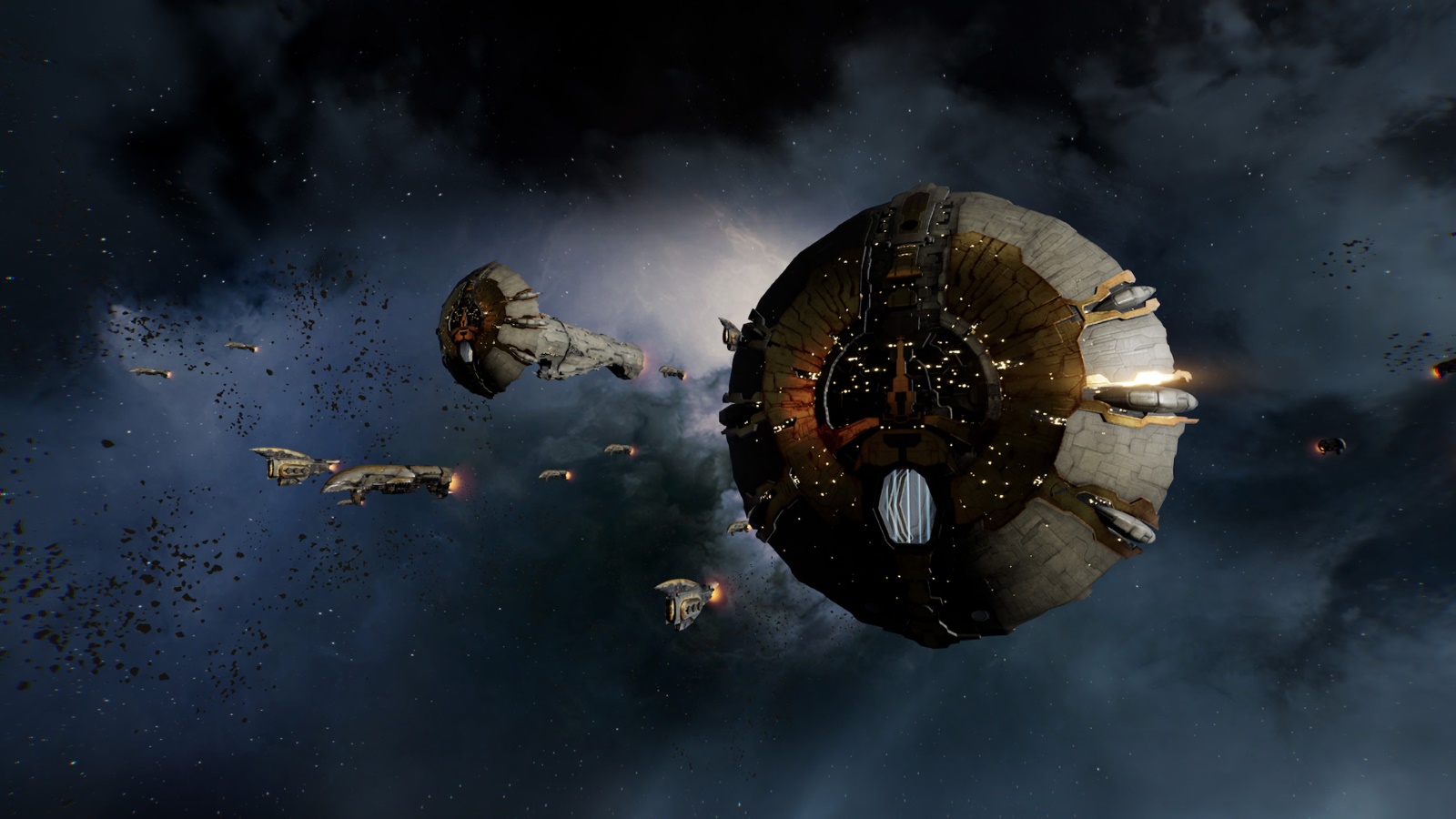 Judging by the screenshots above, Aether Wars seems unlikely to be anywhere near as gritty or simulation-oriented as Eve Online proper, or even VR dogfighter spinoff Valkyrie. Just speculation on my part, but I'd expect a fairly lightweight, arcade bit of dogfighting, but on an enormous scale. If all goes to plan and the servers don't catch fire, it should be spectacular to behold. A potential proof of concept for a bigger, messier future for online games, although cramming more than a few hundred players into a single instance is difficult these days for all but the best-populated battle royales.

The Aether Wars tech demo is due to run on March 20th, and can be seen at CCP's stand at the Games Developers Conference. Those wanting to join in on the lasery, explodey festivities can sign up here.