AMD really outdid themselves when they launched their Ryzen 3000 CPUs last year, and the Ryzen 5 3600 was a particular highlight. It was excellent value in the face of Intel's more expensive (and cooler-less) Core i5-9600K, and it's been my processor of choice in both my best gaming CPU rankings and my RPS Rig build ever since it came out. Somehow, though, they've managed to come up with something even better than the Ryzen 5 3600 for almost half the price. Enter the Ryzen 3 3300X, the new Ryzen 5 and Core i5 killer that costs just £115 / $120.

Of course, it would be remiss of me not to mention the fact that Intel are about to release a whole new swathe of desktop gaming CPUs later this month in the form of their 10th Gen Comet Lake CPUs. Only a handful of them are actually due to launch in May, admittedly, but that small number does include the Core i5-9600K's successor, the Core i5-10600K. As a result, it's difficult to say right now whether the Ryzen 3 3300X will be able to hold on to its 'killer' status come the end of the month, but given the Core i5-10600K is due to cost a comparatively extravagant $262 at launch, I'm pretty certain that its 'bargain' status will remain firmly intact.

Clocked at a sizable 3.8GHz with the ability to boost up to 4.3GHz, the Ryzen 3 3300X is, to put it mildly, an absolute beast of a quad-core CPU. As you'll soon see in the graphs below, AMD's $120 chip puts in an absolutely stonking performance when it comes to 1080p gaming, making it an excellent foundation for budget-conscious PC builders. 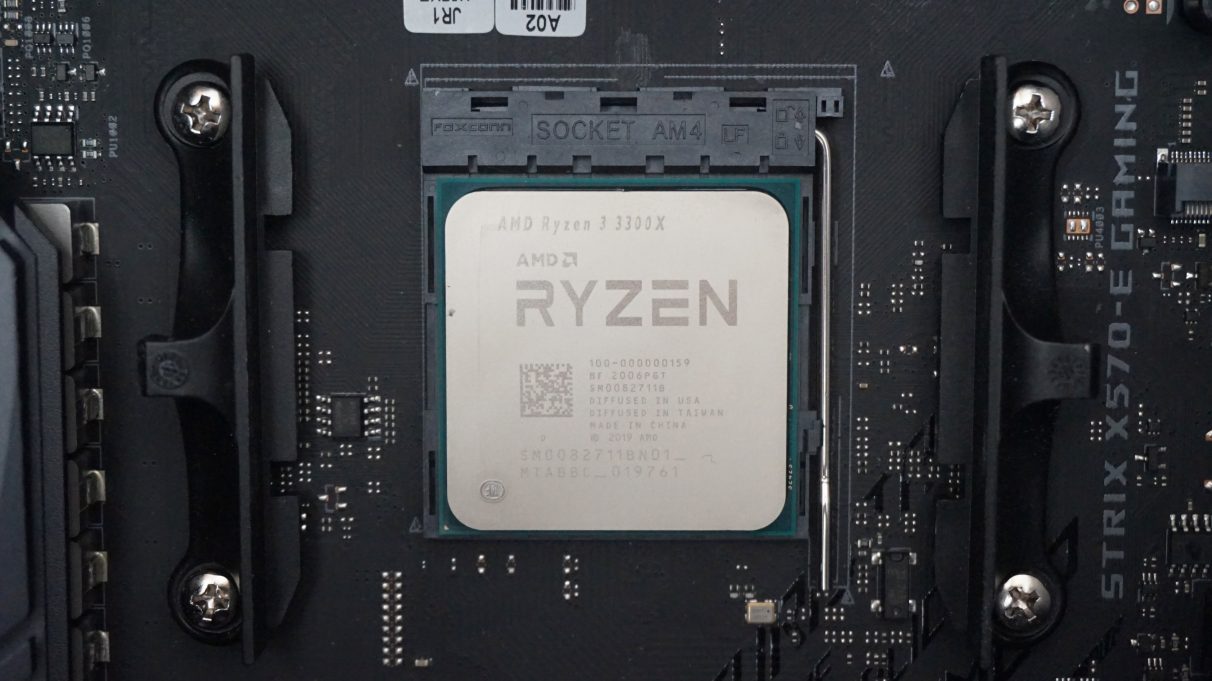 Of course, as I've mentioned in previous CPU reviews, testing a processor's gaming performance is still a bit of a tricky undertaking, as a lot of in-game benchmarks either don't test your CPU properly or just aren't very accurate in the first place. Fortunately, a handful of gaming benchmarks have got a lot better at this recently, with the likes of Shadow Of The Tomb Raider, Forza Horizon 4, Assassin's Creed Odyssey and the Total War games all providing an in-depth look at your CPU's performance as well as what your graphics card is doing.

However, there are other factors that can affect gaming performance as well such as your graphics card, the type of RAM you've got and what kind of storage you've got your games installed on. I've tried to mitigate these effects as much as I can by using an NVMe SSD for my games storage as well as today's best graphics card, the Nvidia GeForce RTX 2080 Ti. I've also tested it with my RAM's default speed of 2133MHz and at its overclocked speed of 3000MHz. 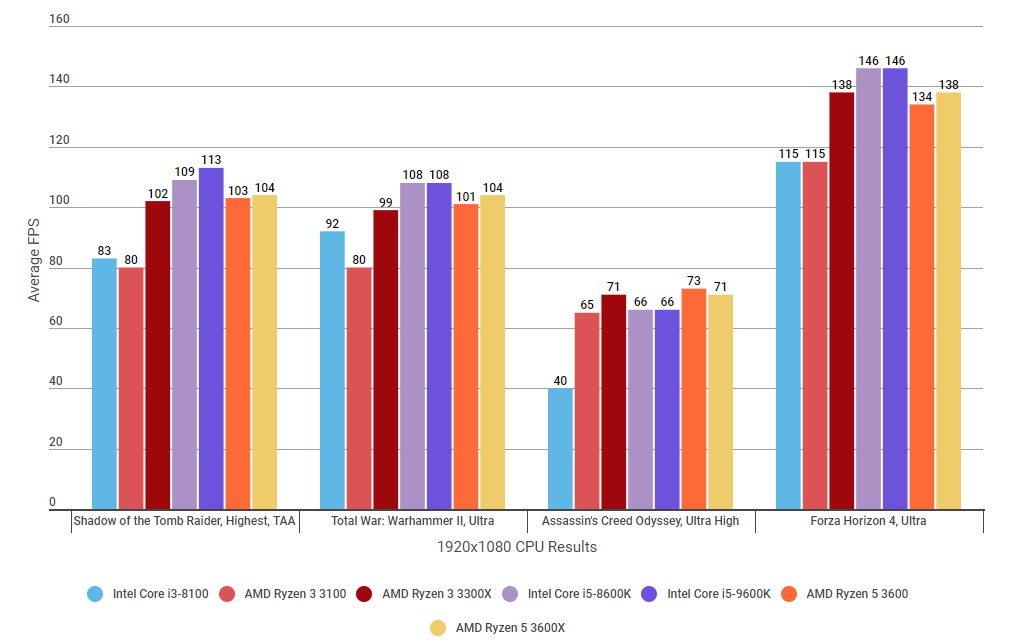 Unfortunately, I wasn't able to test the Core i5-9600K at this RAM speed last year, so it's difficult to say whether it would have received a similar kind of lift. All things considered, though, the Ryzen 3 3300X still puts in a mighty impressive performance if you ask me, and is definitely a much better buy than its equally new sibling, the Ryzen 3 3100. 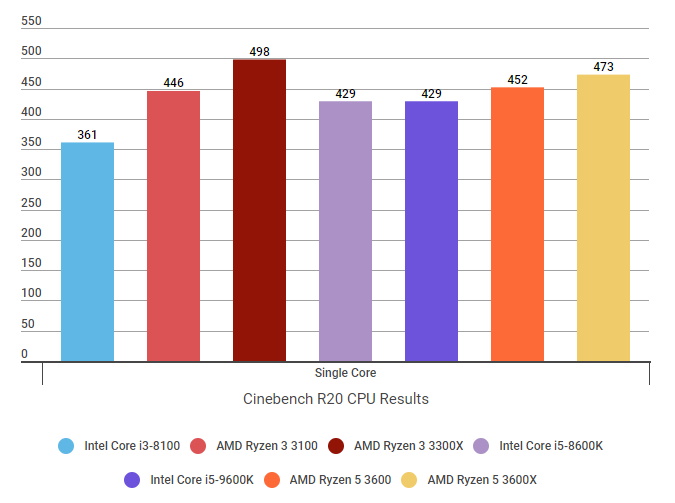 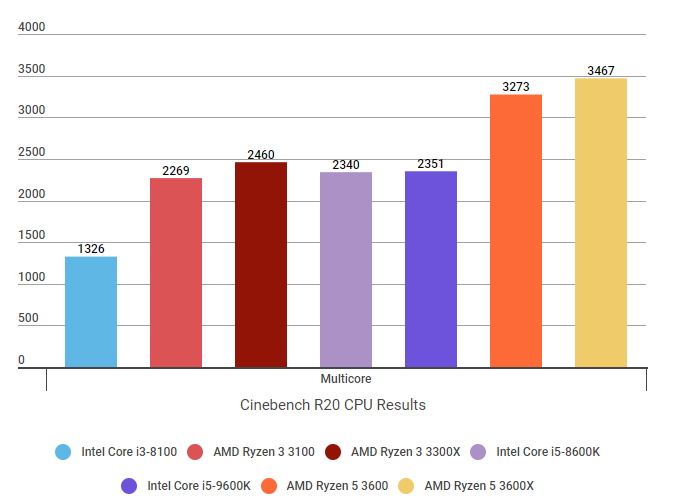 That's an incredible feat for a £115 / $120 CPU, and it's arguably one of the most impressive CPUs I've ever tested. As I said earlier, I'll be waiting with bated breath to see how Intel's 10th Gen Comet Lake CPUs stack up by comparison, but AMD have very much thrown down the gauntlet here with the Ryzen 3 3300X, and I'll be very surprised indeed if any of their similarly-priced Core i3 CPUs will be able to match it. Yes, the Core i5-9600K still wins the numbers game when it comes to overall gaming performance, but in terms of value for money, the Ryzen 3 3300X has it beaten hands down. It's so good, in fact, that it's my new CPU of choice in the RPS Rig, and my new budget AMD CPU champion in my best gaming CPU rankings.