Hot off the heels of revealing their next generation of Comet Lake laptop CPUs, Intel have finally lifted the lid on their 10th Gen Comet Lake line-up of desktop CPUs, and man alive there are a lot of them. Leading the pack is Intel's Core i9-10900K, which has a whopping 10 cores and a maximum clock speed of 5.3GHz, making it the world's new fastest gaming processor - a title previously held by its 9th Gen predecessor, the Core i9-9900K.

It's not just super fast Core i9 CPUs Intel have unveiled today, though, as they've also revealed their full suite of Core i3, Core i5 and Core i7 processors as well. Here's everything you need to know, including their specs, how much they cost, and when (roughly) you're going to be able to get your hands on one.

There are 32 10th Gen Comet Lake desktop CPUs in total that will be replacing Intel's current lot of 9th Gen Coffee Lake CPUs, and I've listed the key gaming ones in the table below. As you can see, there's a pretty wide spread ranging from top of the line Core i9 processors right down to entry-level Core i3 chips. There are also going to be six energy-efficient 35W T models available across the 10th Gen Comet Lake family, as well as eight Pentium and Celeron CPUs, but I've left these off the list as they're not really geared toward gaming.

What is Intel Comet Lake?

Before we get into the nitty gritty of the processors listed above, let's answer the all important question of, "What the heck does Comet Lake actually mean?" Comet Lake is the code name for Intel's next generation of desktop and mobile processors. They're still based on the same 14nm (nanometer) manufacturing process as Intel's 9th Gen Coffee Lake CPUs, but Comet Lake uses an even more refined version of this manufacturing process - something Intel refer to as 14nm++. Coffee Lake, on the other hand, was the previous refinement of this particular process, known as 14nm+.

Of course, there's a lot more to it than simply adding an extra + to the equation. Comet Lake brings with it lots of new features, including support for DDR4-2933 RAM, Intel's hyper-threading technology across their entire Core i3 to Core i9 family of processors, a new version of Intel's Turbo Boost Max technology (3.0, which was previously reserved for Intel's server grade Xeon processors) and Intel's Thermal Velocity Boost tech, which will help their Core i9 CPUs reach those top speeds listed above.

Intel are also releasing a new 400 series motherboard chipset to go with them, too. So far, they've announced three of them: the high-end Z490, and the mid-range B460 and H410 chipsets. Intel haven't yet said whether their existing Coffee Lake CPUs will be compatible with these boards as well yet, but I'll update this article with more information as soon as it becomes available. 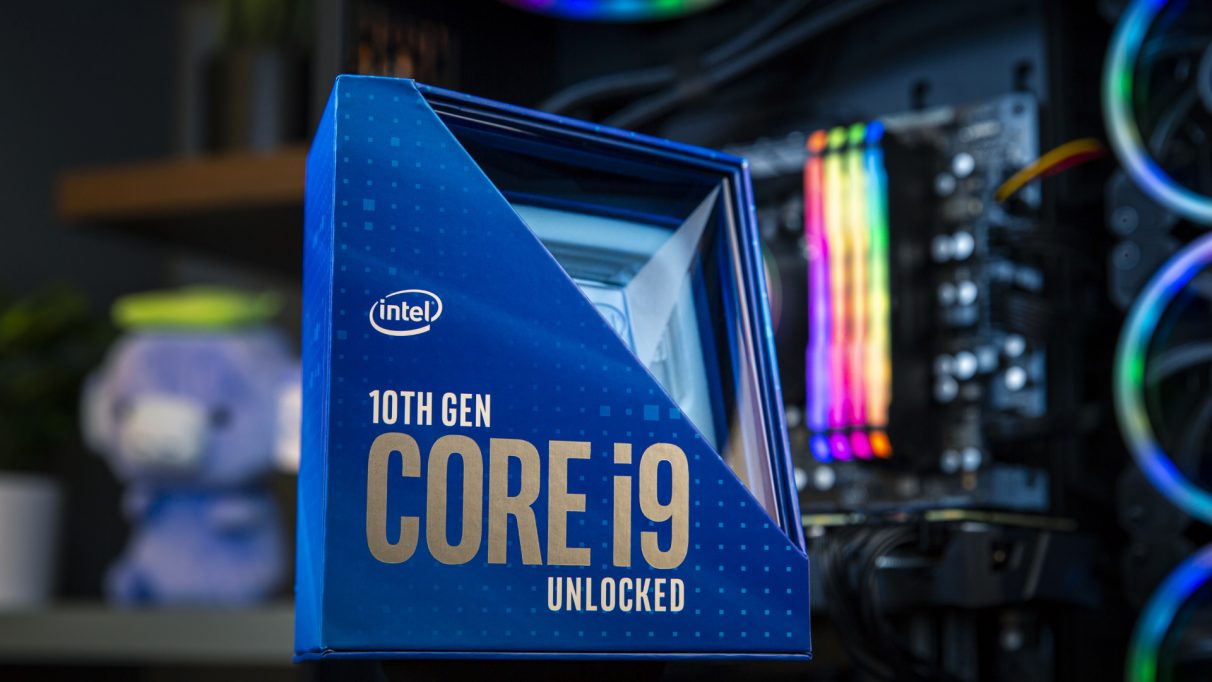 As for when you'll be able to get your hands on these new gaming CPUs, Intel haven't released any specific dates at the moment due to the ongoing Covid-19 pandemic, but they have told me that the K series CPUs (the ones unlocked for overclocking) will be the first to market in May. Alas, they weren't able to be more specific than that.

However, given that we're going to start seeing Z490 motherboards appearing from May 20th, I'd imagine that they'll likely start trickle in around the same time, so we're probably looking at something closer to the end of May or early to mid June by the time they're actually available to buy worldwide and you can actually get your hands on them. I'll keep you updated when I get a firmer, more official release date direct from Intel.

As you can see, there's not much change on the core number front - the Comet Lake Core i7s still have eight cores apiece, the Core i5s have six and the Core i3s have four. Instead, the big difference here is that the number of threads (or virtual cores) have all doubled, giving each CPU more hyper-threading performance when it comes to multi-tasking. The only CPUs that now have more cores than before are the Core i9s, which have jumped from 8-core / 16-thread CPUs to 10-core / 20-thread jobs.

AMD's Ryzen 9 3900X and Ryzen 9 3950X still have the edge in terms of overall numbers here, boasting 12 cores and 24 threads, but Intel are hoping their higher clock speeds will be the defining factor here to help make them the best gaming CPUs on the planet.

Indeed, with the Core i9-10900K able to reach a massive 5.3GHz using Intel's thermal velocity boost tech, that's quite a step up from the Ryzen 9 3950X's top speed of 4.7GHz. They are, however, very power-hungry chips, with TDPs (or thermal design points) of 125W, while AMD's lot only have TDPs of 105W. Heck, even Intel's Core i5-10600K is listed as a 125W chip here, which is a big jump from the Core i5-9600K's 95W TDP. As a result, I wouldn't be surprised if all the unlocked K chips required some serious cooling apparatus to help them reach those kinds of speeds, but fortunately Intel have outlined a number of improvements to their manufacturing process to help with this. 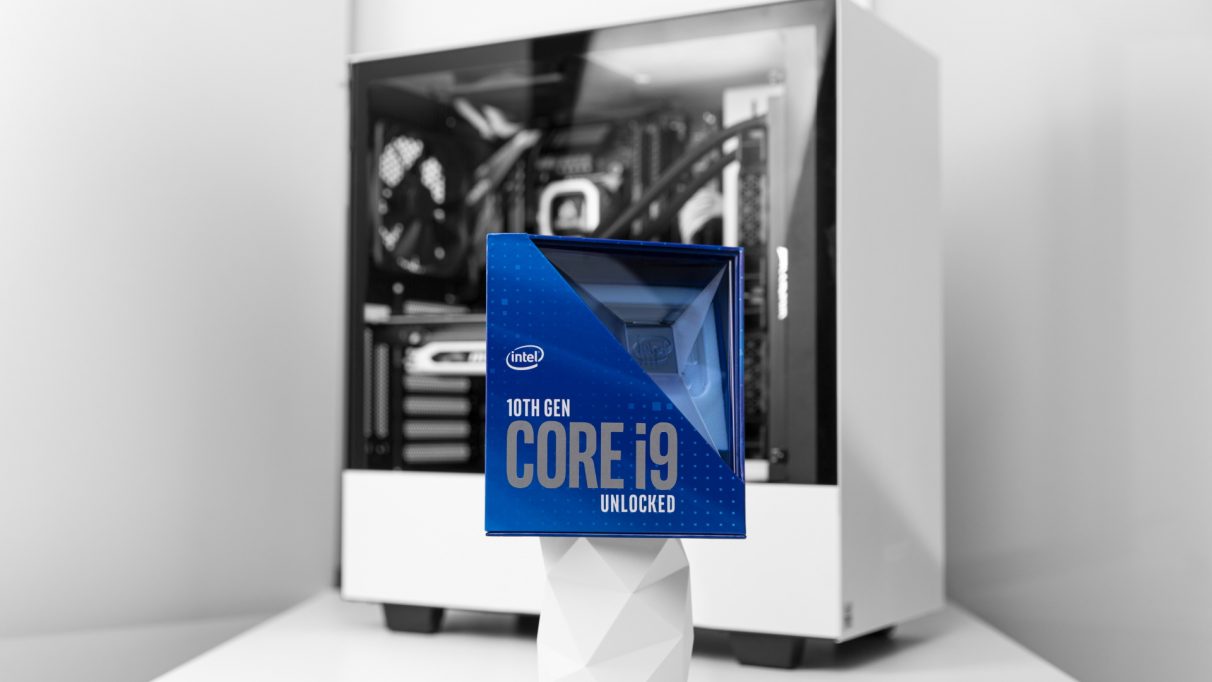 Indeed, in their press briefing earlier this week, Intel said they've decreased the amount of silicon used in their CPU dies this time, making way for a thicker layer of copper instead. This should help dissipate heat more rapidly than their previous generation of desktop gaming CPUs, helping them to maintain those high clock speeds for longer and more performance as a result.

They've also brought their Turbo Boost Max 3.0 tech to their Core line-up for the first time here, too, which as I mentioned above was previously only available on their server-grade Xeon processors. This helps to identify the two best performing cores in a CPU in order to make sure you're always getting the best possible performance from whatever you're doing - all without an increase in voltage to boot. You'll also be able to enable and disable hyper-threading on each core as well, giving you yet another tool to help keep their overall temperature in check. Admittedly, Intel haven't specified whether these sorts of features will be available on every 10th Gen Comet Lake CPU yet, or whether you'll only find them on the Core i9s, but I'll update this as soon as I get confirmation.

The good news is that some of the top-end Comet Lake CPUs are a bit cheaper than their immediate predecessors were at launch, which should hopefully make them more competitive against AMD's current Ryzen 3000 CPUs. Indeed, the Core i9-9900K cost $530 when it first came out, which makes the Core i9-10900K's price of $488 a rather nice surprise. Sure, it's still a heck of a lot of money (too much, really, if you're just looking for a great gaming CPU and don't do any high-flying streaming or video editing and the like), but when the Ryzen 9 3900X still costs $435 at time of writing, the Core i9-10900K becomes a lot easier to justify than its 9th Gen predecessor.

Alas, the Core i5-10600K has remained at a static $260-odd this time round, as have the rest of its Core i5 and Core i3 siblings, reducing any kind of savings to a flat zero. Still, at least their prices have remained the same since the 9th Gen Coffee Lake refresh launch, and haven't gone up alongside inflation.

Naturally, I'll be testing some of these CPUs very shortly, so watch this space to see how much they've improved on their Coffee Lake predecessors, and whether they deserve a place inside your next gaming PC.