Since time immemorial (i.e: 2008), Intel gaming CPUs have largely fallen into three distinct categories: you've got your entry-level Core i3s, your mid-range Core i5s, and your high-end Core i7s. With the recent introduction of Intel's new 9th generation of Coffee Lake CPUs, however, the processor giant has now expanded that range with a new Core i9 series, the first and most powerful of which is the super fast Core i9-9900K.

The 9900K is by no means the first Core i9 Intel have ever made, of course. It's just that previously you only tended to find them in workstations and enterprise PCs. With their astronomical prices and ludicrous number of cores, they've always been massive overkill for your average gaming desktop, but Intel's now hoping to change that with the eight-core 3.6GHz 9900K. Is this the best gaming CPU money can buy? Let's find out.

You'll still have to fork out a considerable amount of cash for the Core i9-9900K - a whopping $580 in the US and an even more crippling £600 in the UK, making it twice as expensive as AMD's current top-end consumer CPU, the eight-core 3.7GHz Ryzen 7 2700X. Compared to the rest of Intel's Core i9 line-up, though (which will set you back the better part of a grand), this is by far the cheapest way to get a taste of what a Core i9 has to offer. Not that that's any kind of excuse. If I had a spare £600 lying around, I'd much rather spend it on an Nvidia GeForce GTX 1080 than put it towards a new processor.

The good news, at least, is that you don't necessarily need to buy a new motherboard before you can start using it, as the 9900K supports all of Intel's current 300-series boards from the low-end B360 right up to the top-end Z370. Existing 300-series owners will likely need to perform a BIOS update first, but at least you don't need to factor in the cost of a new motherboard this time like you had to for Intel's 8th Gen Coffee Lake chips. Those looking for the ultimate i9-9900K performance, however, may wish to opt for one of Intel's new Z390 chipset motherboards, which supports the i9-9900K straight out of the box and has more features to help you get the best out of it. 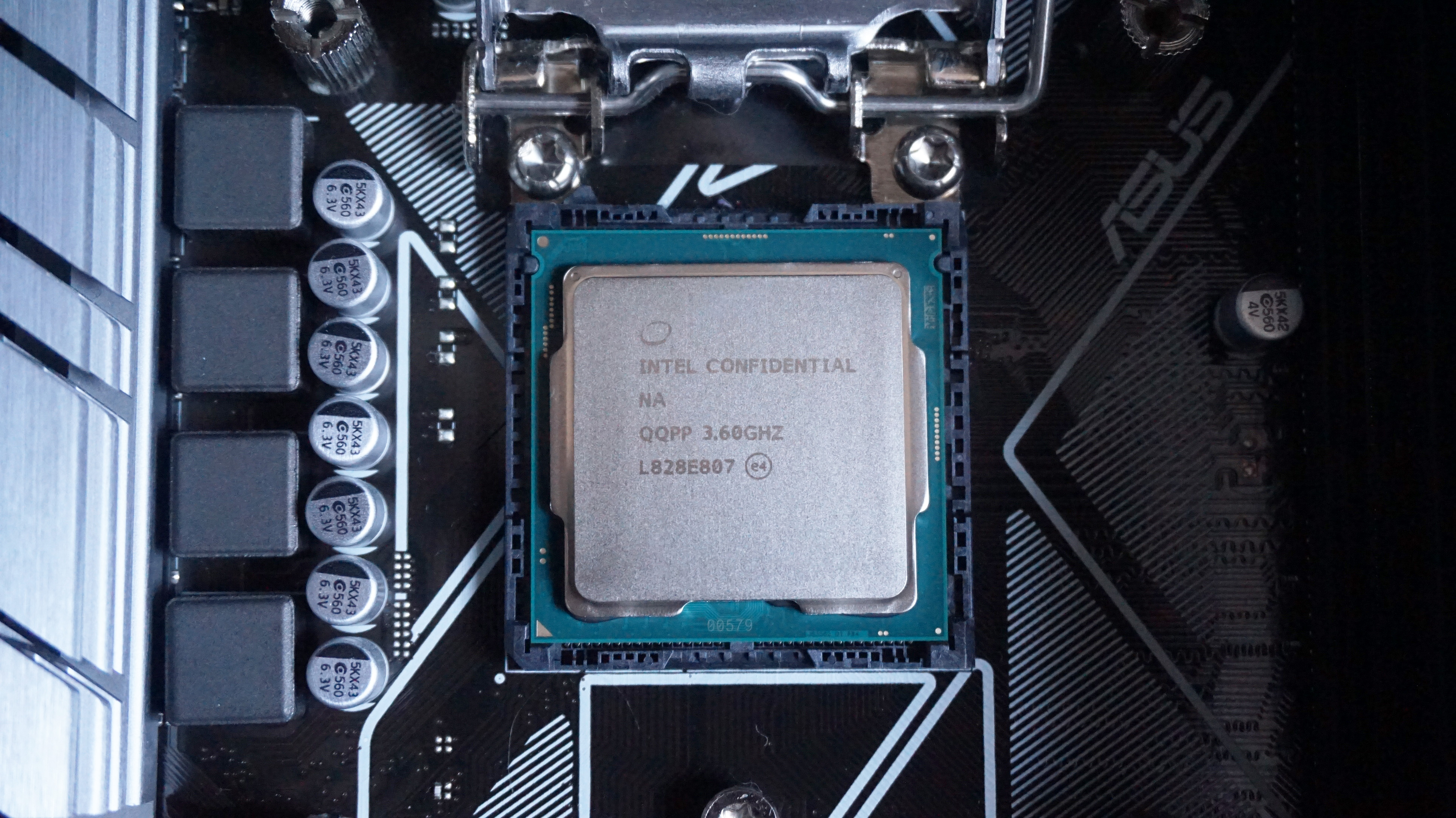 You will, however, need to consider getting a sufficient cooling setup for the i9-9900K, as it doesn't come with any kind of heatsink in the box. That might seem stingy compared to the bundled coolers you get with AMD's Ryzen 7 2700/2700X processors - but in hindsight it's probably quite sensible, as my testing shows a regular old heatsink isn't nearly enough to make the most of this processor's headline feature, namely its massive Turbo Boost speed of 5.0GHz. Instead, you're probably going to need a proper water pump to make this worth your while - but more on that in a sec.

First, let's take a look at how it performs straight out of the box. To test the i9-9900K, I used two different systems. My own work PC, which comprises of an Asus Prime Z370-P motherboard, a beQuiet! BK009 Pure Rock cooler and 16GB of Corsair Vengeance DDR4 RAM clocked at 2133MHz, and Asus' new ROG Strix GL12CX desktop PC (a separate review of which will follow shortly), which has a proprietary Z390 chipset motherboard, 32GB of Samsung RAM clocked at 2667MHz and a full-blown water cooler.

Sure enough, the i9-9900K is an absolute monster processor when it comes to daily desktop tasks, easily outstripping Intel's own Core i7-8700 CPU (which I tested in MSI's Trident 3 8th PC) in both single and multicore productivity tests. In Cinebench R15, for example, my Z370 system managed to Turbo Boost up to a consistent 4.68GHz throughout my testing, scored an impressive 210 in the single core test and 2028 in multicore performance, while the Z390 PC Turbo Boosted up to a steady 4.9GHz and came in with 212 and 2080. This puts its single core performance at around 15% faster than the i7-8700, while its multicore performance is a sizable 57-62% faster.

Admittedly, I was expecting a bit more from the Z390 system straight off the bat, what with its superior motherboard and cooling apparatus, so it just goes to show that, at its default speed, you're not necessarily getting that much more performance by opting for a better setup.

Compared to AMD's Ryzen 7 2700X, however, the i9-9900K's stock scores start to look a little less impressive, with its multicore performance only inching ahead by around 16%. Single core performance saw the i9-9900K take a greater lead, this time by around 20%, but that's still not brilliant for a chip that's twice as expensive (and doesn't come with its own cooler). 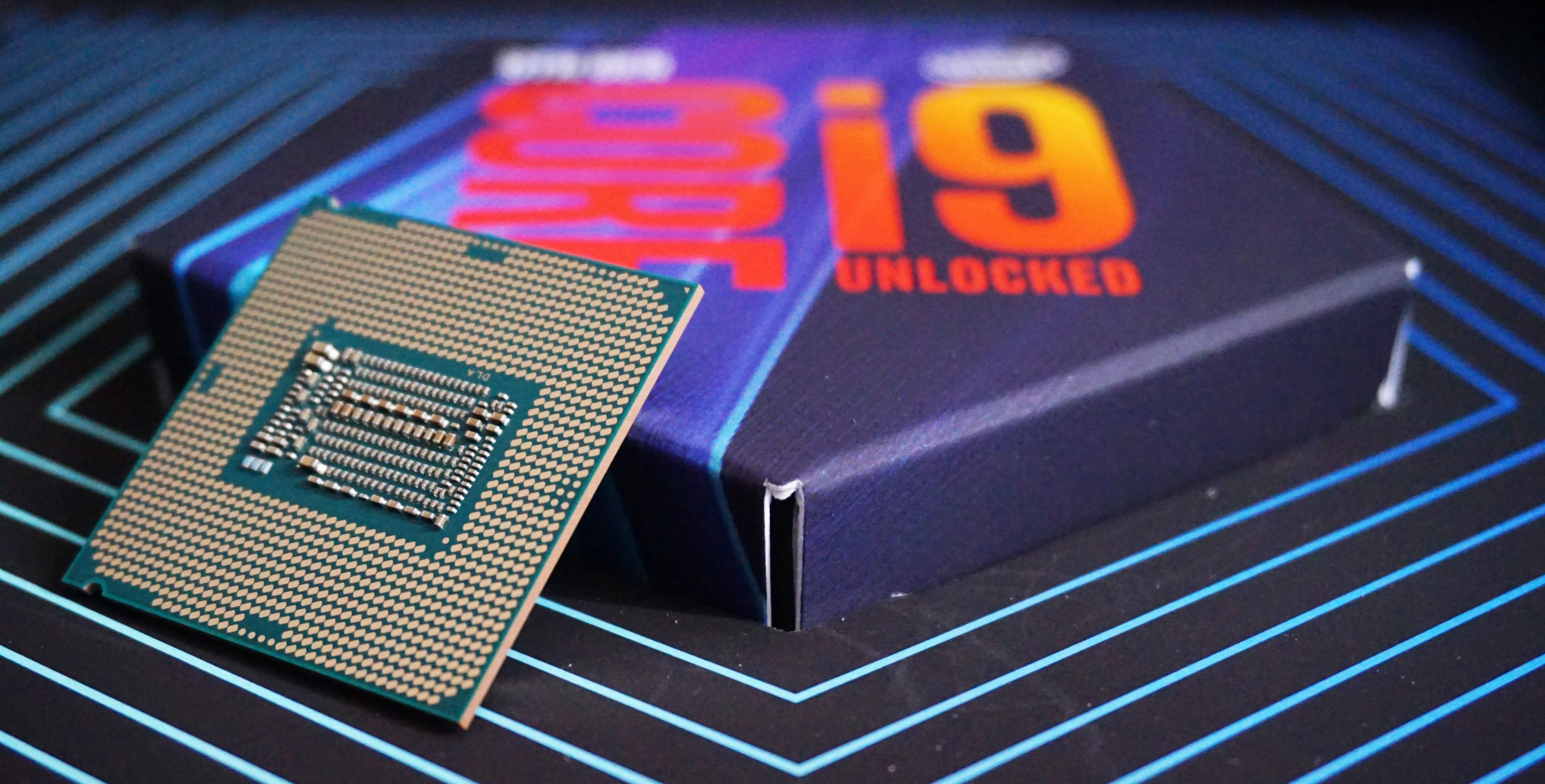 As for overclocking, here's where you'll need that beefy cooling system, as my Z370 system conked out almost immediately when I tried increasing the core ratio from its default position of 47x (4.72GHz) in Intel's Extreme Tuning Utility. Whereas the Z390 system managed up to 51x (5.1GHz) with its water-cooled innards (52x caused it to crash), my tower-cooled Z370 system was flagged with thermal throttling signs on just 48x (4.82GHz), and flat out refused to do 49x (4.92GHz). I also saw maximum temperatures of 100 degrees Celsius on both PCs, which is pretty damn toasty and probably a lot hotter than most people are really comfortable with.

What's more, I'm not even sure the Z390 PC's increased performance was really worth the effort, either. Yes, its Cinebench scores increased to 216 and 2109 respectively, increasing its lead on the Ryzen 7 2700X to 24% and 19% apiece, but is that really worth an extra £300? I'm not so sure. It might be if you're also using your PC for high-end media rendering, video processing or other 'creative' applications that require that sort of multitasking horsepower, but if you're more of an occasional video editor or casual photo tweaker, then there are plenty of cheaper processors, such as your Core or Ryzen 5s that will do the job just as well.

The i9-9900K also left me a bit cold as a gaming CPU. Sure, it's fast as hell and nippier than anything available over in AMD's Ryzen 7 camp or Intel's Core i7 line-up, but is it really £300 worth of extra nippiness? Admittedly, this is an area that's slightly harder to test than general productivity. Firstly, there's the continuing ambiguity over which gaming benchmarks are actually a good representation of both your CPU and GPU's capabilities - some, for instance, put much more of an emphasis on the GPU side of things than your CPU, but it's often unclear which ones actually do this.

There's also the small problem that my historical data for the Ryzen 7 2700X (which I tested back in May) is limited to Rise of the Tomb Raider on my Nvidia GeForce GTX 1070Ti. Other benchmarks and powerful graphics cards more befitting a CPU of this calibre have since come along in the meantime, such as Assassin's Creed Odyssey's excellent built-in testing tools and Nvidia's RTX 2080 and RTX 2080Ti cards, but I haven't had the Ryzen 7 2700X back in to do a decent comparison, so you'll have to forgive me for the lack of data here. 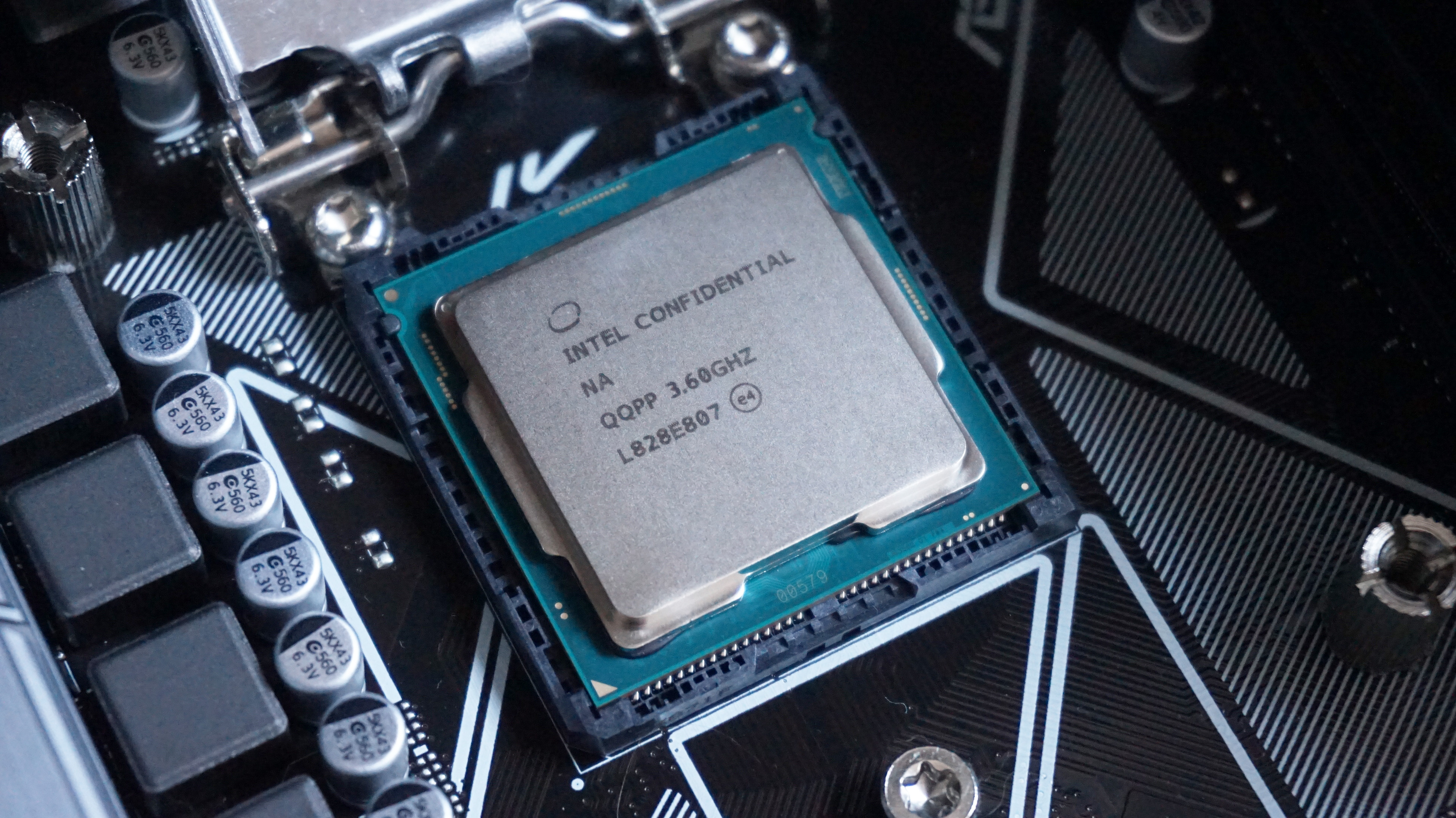 Still, working with what I do have, it would appear the Core i9 made naff all difference in Rise of the Tomb Raider, as my Z370 system scored exactly the same overall frame rate results as the Ryzen 7 2700X when I tested it on Very High at 1920x1080 (64fps) and 2560x1440 (40fps). I haven't included 4K results here as that would make the GPU the bottleneck instead of the CPU, but it doesn't exactly paint a great picture of what it's capable of. More worryingly, my Z390-based system actually produced even worse results, coming in 3-7fps slower than the Ryzen 7 with some pretty major stutters involved.

I realise that's not particularly helpful in the grand scheme of things, so let's look at it from a slightly different angle. I've already shown how the i9-9900K improves on Intel's mid-range CPU champion, the Core i5-8600K, over in my Nvidia RTX 2080Ti benchmark showdown, which looks at a handful of different RTX 2080Ti cards across a variety of modern, CPU-intensive games, and here you're looking at a gain of around 20fps at best, and 5-6fps at worst.

An instant bonus of 20fps is nothing to be sniffed at, of course, but the latter rankles me deeply, especially when you cast an eye over the Core i7-8700K / Ryzen 7 2700X comparison results obtained by our pals over at Digital Foundry as well. While there are some cases where the 9900K pulls considerably further ahead of the competition at 1080p and 1440p (up to 40fps in Far Cry 5 and 35fps in The Witcher 3), there are other times when that gap is positively minuscule, ranging from just 3-4fps.

What's more, when you consider what the 9900K is actually going to be used for in all likelihood - i.e: 4K gaming, not 1080p or 1440p - the performance gain gets even smaller. I've seen it in my own 4K results with the RTX 2080Ti, and Digital Foundry's 2-5fps 4K lead over the 8700K and 2700X all but confirms it. Combined with my general productivity results, my only reaction to the 9900K is a general shrugging of shoulders.

Yes, the 9900K is the fastest gaming CPU around today, but right now it's simply too expensive for what it is - and that's before you start adding in the cost of all its extra cooling requirements as well. Instead, you'd be much better off spending that money on a better graphics card in this day and age and sticking with either Intel's £429 / $370 Core i7-8700K or AMD's £300 / $310 Ryzen 7 2700X. Both CPUs are infinitely better value for money than their Core i9 rival, and still provide more than enough performance for any high-end gaming rig.