This time tomorrow, the Nvidia GeForce RTX 2080 will have finally arrived. There's been a lot of fanfare around its quite nifty ray-tracing tech, not to mention all the other cool RTX things it can do, but is it really the best graphics card of all time? At the moment, it's hard to say - outside of a couple of demos, there aren't actually any games that support ray-tracing or Nvidia's fancy AI-drive DLSS tech yet, so you'll have to wait a little bit longer before I can give a proper verdict on a) whether these features are actually any good and b) how they affect the card's performance. Square Enix have yet to patch in the RTX update for Shadow of the Tomb Raider, for instance, and Final Fantasy XV is still awaiting its DLSS update.

I'll be adding some thoughts about those aforementioned demos to this review-in-progress early next week, but today I thought I'd focus on the one thing everyone's been clamouring to hear about ever since the RTX 2080 was first announced at Gamescom. How fast is it, how much better is it than the GTX 1080, and is it really worth spending  £715 / $750 on?

To help answer those questions, I've got the Founders Edition of Nvidia's RTX 2080 (to see what its beefy big brother's like, have a read of my Nvidia GeForce RTX 2080Ti review instead). For those of you who like numbers out there, the next two paragraphs are for you. Like all RTX 2080 cards you'll be able to buy soon, you'll find 8GB of GDDR6 memory here that can deliver a massive 448GB/s of memory bandwidth, as well as 2944 CUDA cores and a base clock speed of 1515MHz. Where this card differs from the reference spec is its boost clock speed, which has been raised from 1710MHz to 1800MHz.

As a result, Nvidia say this allows the Founders Edition of the RTX 2080 to deliver 60 trillion RTX operations/second, compared to the reference spec's 57 trillion. That's not to say the Founders Edition is necessarily the best RTX 2080 out there, however, as third party cards will also be offering their own factory-overclocked speeds as they become available. I'll be testing a couple of these over the next few weeks to see how they compare, but the figures below should still give you a pretty good idea of what to expect in terms of raw performance increase.

In terms of what those numbers actually mean when it comes to playing games, there's both good news and bad news. The good news is that if your current graphics card - an Nvidia GeForce GTX 1070, say, or even an Nvidia GeForce GTX 1070Ti - is struggling to play the latest games like Final Fantasy XV, Monster Hunter World and Shadow of the Tomb Raider at 4K on mid-to-high settings, the RTX 2080 achieved pretty much top marks across my entire benchmarking suite in this respect with only a couple of very minor compromises. 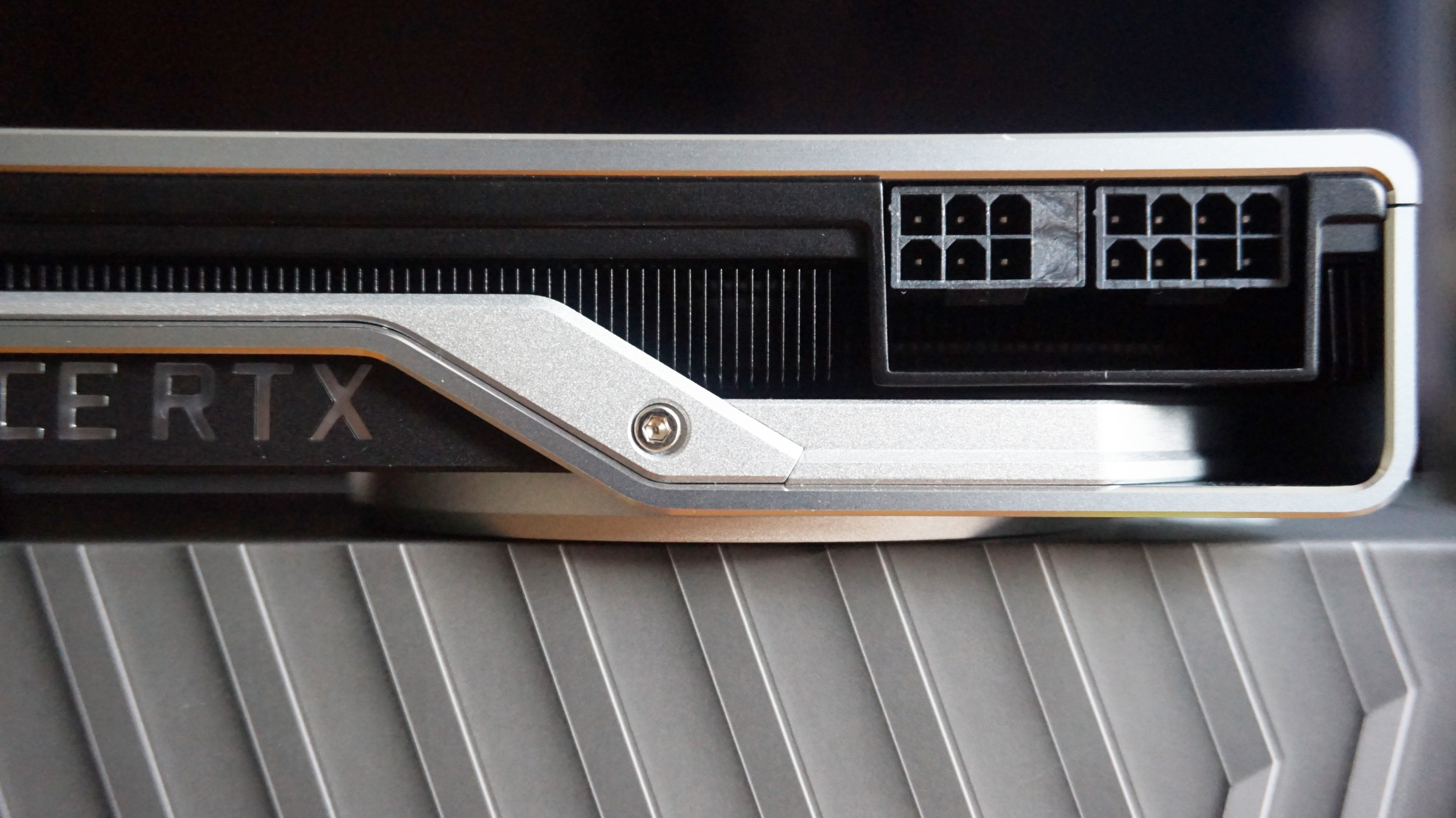 The bad news is that you might not be able to get the toppest top marks if the rest of your PC is starting to show its age. I tested the RTX 2080 with my usual setup comprised of an Intel Core i5-8600K, 16GB of RAM, an 850W power supply (Nvidia recommends having at least a 650W PSU, in case you don't already have one), and an Asus Prime Z370-P motherboard, and even I experienced some CPU-related bottleneck problems when it came to collecting my benchmark results.

As such, the results below might not be quite as nippy as you'll see elsewhere around the interweb, so it's probably worth doing a bit of reading around to see if higher-spec PCs produce substantially different results. Either way, if you ain't got an Intel Coffee Lake Core i7 or an AMD Ryzen 7 2700/2700X sitting in your PC right now, you might want to think about getting one if you're considering buying either the RTX 2080 or its even beefier brother, the RTX 2080Ti.

Still, I can only work with what I've got, and really, I would have hoped a top of the line Core i5 would have proved a decent enough partner for it. In fairness, the most obvious place the bottle-necking reared its head was when I was testing the card at 1920x1080, where it often delivered nigh-on identical frame rates as my 2560x1440 results.

This isn't a massive problem as far as I'm concerned, as there are plenty of cheaper graphics cards out there that can already do max settings at 1080p perfectly well without forcing you to drop north of 700 big ones on it. Cards like the Nvidia GeForce GTX 1060 or AMD Radeon RX 580. Those are both more than enough for getting the best out of 1920x1080 monitors, and neither of them will empty your bank account in the process. 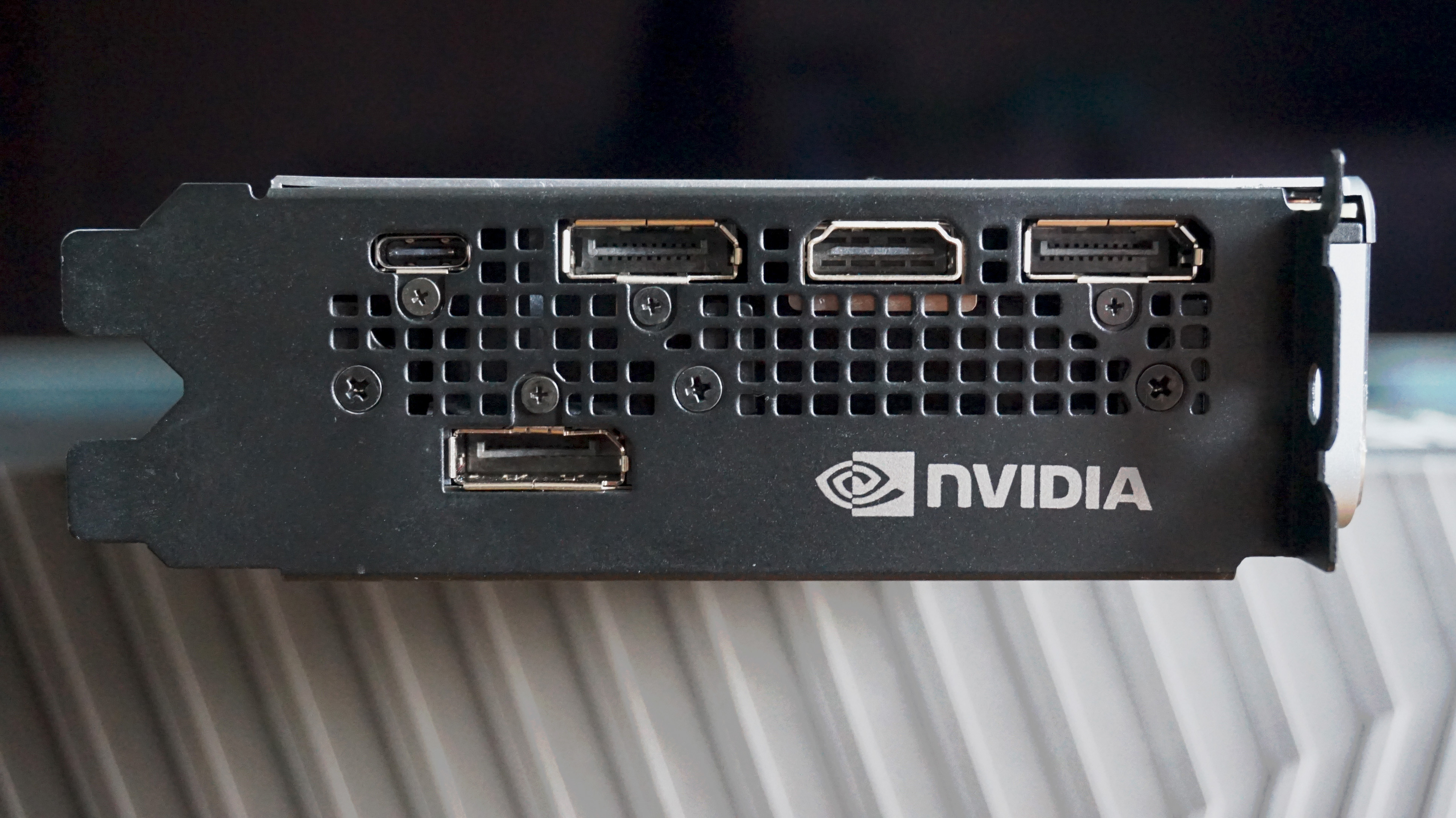 However (and this is a much bigger problem for prospective RTX 2080 buyers), I also suspect my Core i5 had a role to play in my 4K results as well, as there were several occasions where it either failed to exceed the speeds I've recorded from Nvidia's GeForce GTX 1080Ti, or only went a teensy bit faster on the same graphics settings.

Perhaps it's unfair to pit these cards against each other when the non-Ti version of the GTX 1080 is the direct predecessor of the RTX 2080, but when the GTX 1080Ti can produce pretty much the same results for slightly less money at £600 / $700 (with even more potential savings if GTX 1080Ti prices start coming down in the wake of Nvidia's RTX cards), anyone who couldn't care less about Nvidia's fancy Turing features could potentially save themselves a fair chunk of change if they, too, only have a Core i5 CPU.

I will, of course, be re-testing all the games mentioned below with either a Core i7 or Ryzen 7 to see what the RTX 2080 is really capable of once I can get my hands on one, but for now, this is what you can expect with a Core i5.

Let's talk frame rates. Across the board, the RTX 2080 proved itself a highly capable card that's got more than enough chops for 4K gaming on high graphics settings, as well as a very admirable partner for those after max settings at higher refresh rates further down the resolution scale. The only problem is that, for Core i5 PC owners at least, the GTX 1080Ti offers a near identical experience for less money.

In Hitman, for example, the RTX 2080 breezed through Agent 47's Paris catwalk benchmark with an average frame rate of 78fps on Ultra at 4K, and even hitting an average of 93fps on Ultra at 1440p. That's a couple of frames ahead of the GTX 1080Ti, but highly-optimised games such as Doom and Wolfenstein II showed even greater gains. Here, the RTX 2080 was hitting up to 120fps in both shooters on max settings at 4K, while the GTX 1080Ti often maxed out around the 100fps mark. Neither of these results will be much use if you only have a 60Hz monitor, of course, but those with higher refresh rate screens may appreciate the extra leeway. 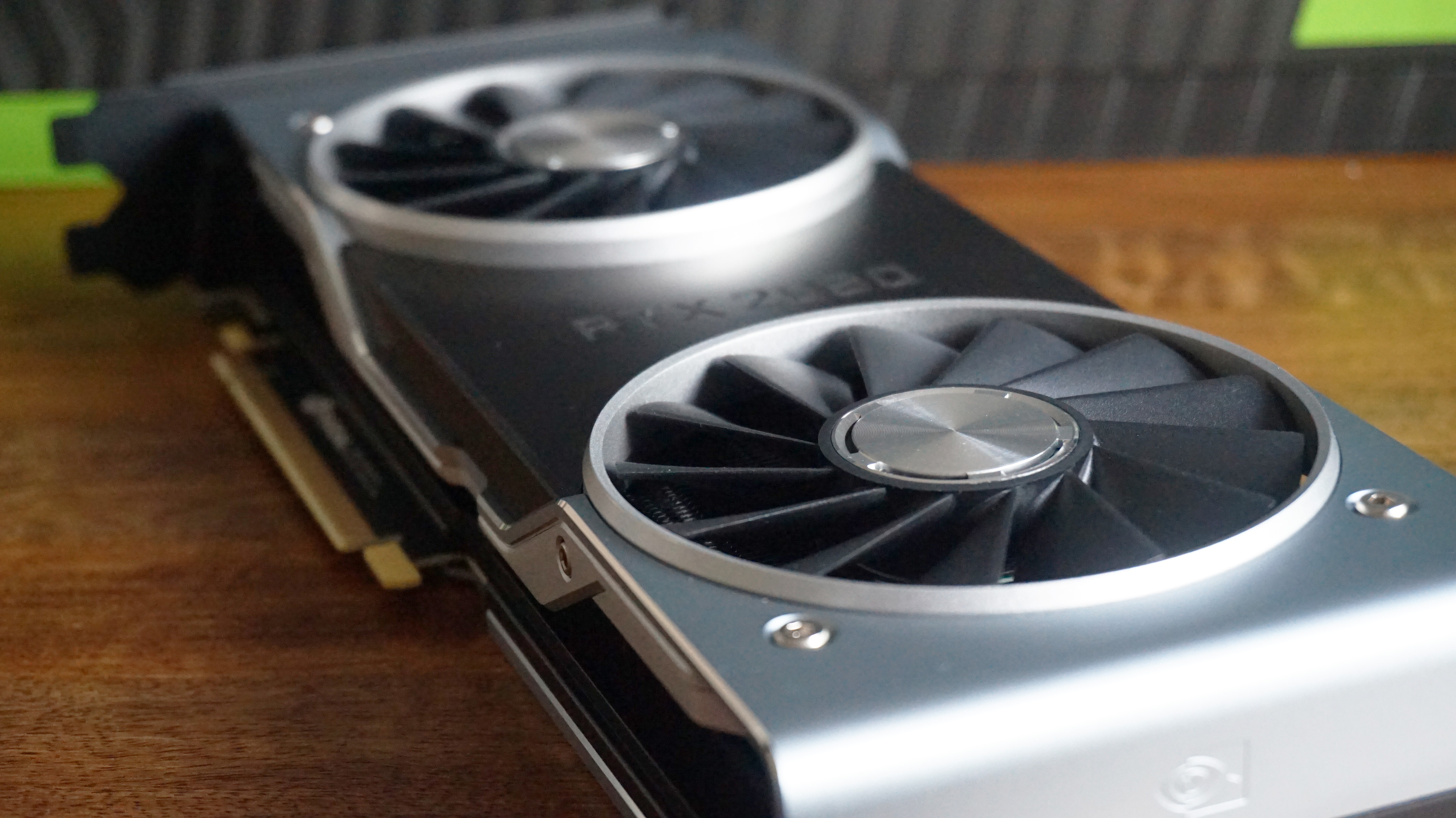 Elsewhere, however, the two cards were pretty much neck-and-neck at both 4K and 1440p. In Assassin's Creed Odyssey, for example, the RTX 2080 managed a very respectable 52fps average on Ultra High at 4K in its internal benchmark, but the GTX 1080Ti was right alongside it with its average of 51fps. What's more, the GTX 1080Ti actually pulled ahead at 1440p, reaching an average of 79fps on Ultra High compared with the RTX's 71fps.

This wasn't the only game where the GTX 1080Ti got the upper hand, either, as both The Witcher III and Final Fantasy XV saw Nvidia's previous gen card pip the RTX 2080 to the frame rate post. In The Witcher III, the GTX 1080Ti hit a solid 60fps on Ultra at 4K compared to the RTX 2080's occasional dips down to 50fps, while Final Fantasy XV saw an even bigger gap start to emerge.

At 4K, the GTX 1080Ti managed a steady 45-47fps on Highest with all of Nvidia's fancy graphics effects turned off, whereas the RTX 2080 could only get between 40-43fps on the same settings. That might not sound like much, but every frame counts in the weird no man's land between 30 and 60fps, and dropping it all down to High saw another win for the GTX 1080Ti, which achieved a much smoother 50-55fps sans Nvidia effects compared to the RTX 2080's 40-45fps.

At 1440p, the gulf grew even bigger as well. Here, Noctis and pals could romp around the plains of Duscae at 55-60fps on the GTX 1080Ti with all of Nvidia's super graphics switched on at Highest, but the RTX 2080 could only match that speed when I disabled the intensive VXAO option. Otherwise, our anime boy band were trundling along at just 45-58fps.

The RTX reclaimed some ground in Middle-earth: Shadow of War, coming in with averages of 55fps on Ultra at 4K and 91fps on Ultra at 1440p, but the GTX 1080Ti wasn't exactly far behind with its respective averages of 51fps and 86fps. The same goes for Total War: Warhammer II as well (another CPU intensive game), where both cards managed an average of 42fps during 4K Ultra-fied battle scenes, and 75fps averages with the same settings at 1440p. 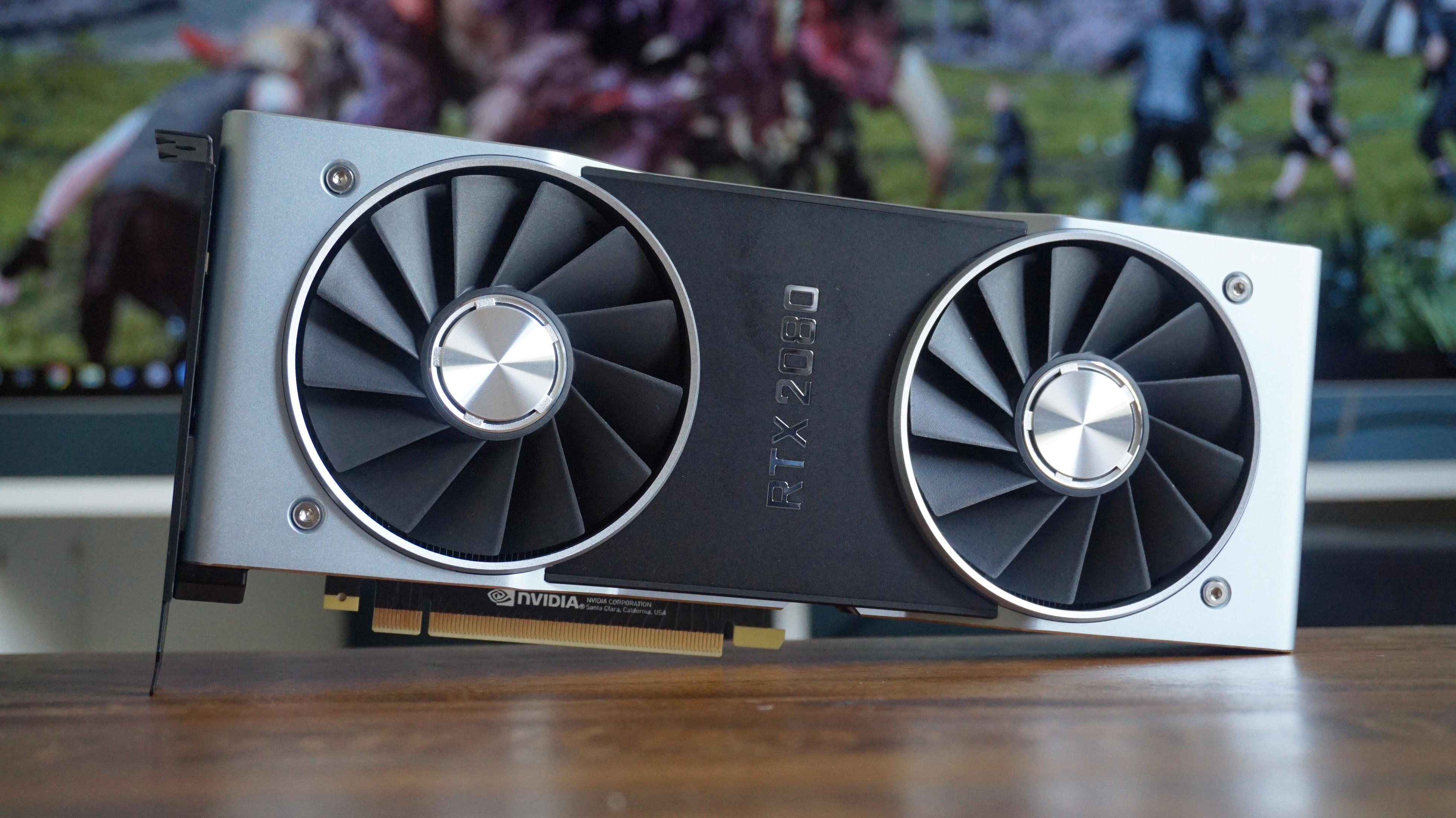 All this rather points to the GTX 1080Ti being the better buy for 4K gaming at the moment, and if you've got a mid-range PC with no intention of upgrading your CPU any time soon, I'd be inclined to agree. After all, why spend more on a card you can't get the best out of, when you could get a slightly cheaper one that plugs straight into a Core i5 PC and gets just as good performance?

In the longer run, it all gets a bit messier. What I've just described above is, of course, raw performance speeds with a Core i5. I've yet to test it with a better CPU, which may well make a stronger case for leaning RTX-wards instead of GTX-wards, and I also haven't taken into account any of Nvidia's clever Turing features, either, mostly because they simply don't exist in an actual game yet. Once we start to see more RTX-ified games coming through (particularly ones that support Nvidia's AI-driven DLSS anti-aliasing and variable shading speed-boosting techniques, too), then the RTX 2080 may well start to make an even stronger case for dropping £715 / $750 on it over the £600 / $700 GTX 1080Ti regardless of what CPU you've got in your PC. It's just too early to say right now.

As for those still gaming at 2560x1440, the RTX 2080 is massive overkill no matter which way you slice it. If this is your target resolution and your monitor's refresh rate doesn't go any higher than 60Hz, do yourself and your wallet a favour and just buy a GTX 1060 or an RX 580 if you don't mind too much about what graphics settings you have, or a GTX 1070 if you're a bit pickier about stuff looking nice (or a GTX 1070Ti if you're really picky). You'll still have great looking games at good speeds with these cards, and you needn't bankrupt yourself in the process either.

Overall, my verdict right now is to sit tight if you're in the market for a 4K graphics card - both in terms of pricing to see whether the GTX 1080Ti receives any kind of substantial price cut to make it even better value for money, and whether testing its fancier RTX cousin with a better CPU will make any kind of compelling difference to the 2080's overall performance. Watch this space.