The AMD Radeon RX 580 is the patriarch of AMD's Polaris architecture family and was, until a few months ago when all graphics card pricing went out the window, our recommended centrepiece for mid-range PC builders. Indeed, while it still occupies the top spot for 1440p gaming in our guide to the best graphics cards, its main rival, the Nvidia GeForce GTX 1060, is actually significantly cheaper at the moment, putting its reign in serious jeopardy.

For those unaware, the RX 580 comes in both 4GB and 8GB VRAM flavours. I’m covering the latter here, and it’s hard to make an argument as to why you’d consider the former: it’s not that much cheaper, but does essentially cut you off from the flashiest graphical stuff (like Ultra-high quality textures) in games which support them. Having less memory can also generally scupper you when running with higher resolutions, and considering that the RX 580 appears to have been made with 1440p firmly in AMD’s collective mind, 8GB just makes more sense.

Once again, it’s an Asus ROG Strix OC Edition I’m testing, though since the overclock in question has such a tiny boost speed upgrade from 1340MHz to a maximum of 1380MHz, it should be representative of most partner-made RX 580s. Here, however, you do get three fans, a sturdy backplate and an extra HDMI port for VR kit for your trouble.

First up on benchmarking duties is Doom. Unsurprisingly, the RX 580 makes this look very pretty (in a filthy way) indeed – it’s not massively better than the RX 570 at this res, but does seem less prone to micro-stutter, to the extent that it never happens at all. 1440p is also suitably fast, with the benfit of added sharpness. It’s only at 4K that the card struggles, just about getting by in quiet corridors, but losing its grip completely during running battles. On Ultra settings, anyway; turn them down a level or two and decent performance is within reach.

Hitman was also looking suitably sharp, at both 1080p and 1440p. Its less powerful sibling the RX 570 didn't particularly struggle with this game, as you can see in our AMD Radeon RX 570 review, but the RX 580 really kicks it up a notch. 1440p could perhaps be smoothed out a bit with reduced settings, but to my eyes it runs fine with everything cranked up. As for 4K, the RX 580 largely keeps it together – to its credit – but when the screen gets truly filled with shuffling NPCs, you'll need to knock down those settings again. 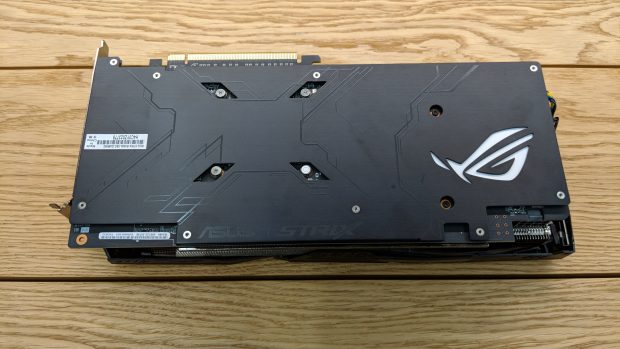 Middle-earth: Shadow of War is probably the best demonstration of why it can be worth investing in some extra memory; on 1080p, we could have everything maxed out and still get smooth running throughout. It’s playable at 1440p as well, though 4K poses a trickier situation. Still using Ultra settings, the RX 580 manages to avoid succumbing to the pressure, but only just – and for pacey sword stabbery, we’d rather have extra frames than the finest-quality orc hairs on show.

At least this was better than in 4K Rise of the Tomb Raider, which was simply too much for AMD’s card to take with Very High settings. That said, dropping to High speeds things up to the point where it’s just about playable, and to be fair the RX 580 takes 1080p and 1440p relatively easily. There’s no problem whatsoever with Very High on Full HD, and on 1440p – much like Shadow of War – it could be made to run smoother, but it’s a nice enough balance of swanky visuals and pragmatic performance.

Total War: Warhammer II, always a toughie, also did quite well on the RX 580. The RX 570 crumbled in this game, so it’s good to see its bigger brother holding firm even with hundreds of units filling the screen. Upon starting our 1440p test, however, it…err, crashed. A more successful second run showed the RX 580 isn’t terrible at this res, but groans a tad on the battle map, and occasionally has trouble on the campaign map, too. You’ll definitely want to disable some settings. 4K is pretty much a lost cause, to be honest, unless you’re willing to accept the most basic fidelity.

Wolfenstein II: The New Order, on the other hand, performs impeccably. The RX 580 helps it tick along smoothly and stably, without even the slightest jitter at either 1080p or 1440p. All the way up at 4K, it only really suffers in more chaotic moments, and even then it holds it together an awful lot better than Doom did. 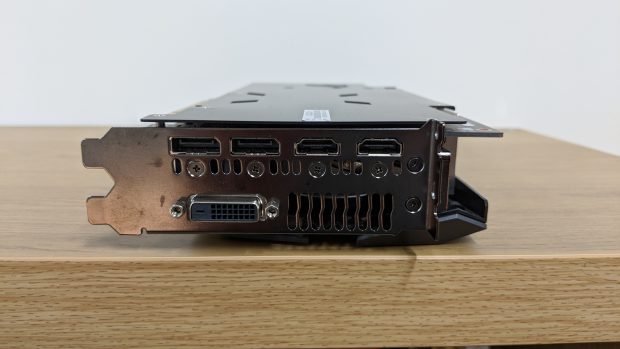 The Witcher 3 also looks rather handsome at both of the lower resolutions. At first I thought I’d left some of the lower settings enabled from testing the RX 570, but nope – it was the RX 580 juggling everything on full. 4K doesn’t run as well as the visuals perhaps deserve, but I could still play it fine. The bigger concern was that this res seems to make the fan speed go nuts.

Lastly, in Assassin’s Creed Origins, the RX 580 once again beat the RX 570 quite handily. On Ultra High quality, however, it slows noticeably in populated villages. Very High, the next option down, produces okay results, but High looks to be the best fit – at 1440p as well as 1080p, interestingly enough. 4K play is, shock horror, enough slower. You’ll have to slink all the way down to Medium quality to even get things playable, and at that point, is it even worth it?

Maybe not, but for capable 1440p gaming and below, the RX 580 acquits itself well. I’ve kept mentioning the RX 570, which is a lot fresher in my head, but let’s be real: it comes down to either this, or Nvidia’s GTX 1060. Both are strong at 1080p, mostly great at 1440p and might be able to do a bit of 4K (in certain older or generally more easygoing games, anyway).

This has an extra 2GB of memory on the 6GB GTX 1060 as well, which in theory should help with higher resolutions and tip-top texture quality in games like Shadow of War. In practice, though, these two cards perform more or less as well as each other (except in VR, for which the GTX 1060’s Pascal architecture is a little better optimized than Polaris). Right now, the GTX 1060 is cheaper, but provided graphics card prices eventually return to normal, I think it's probably wiser to go with the RX 580.