Back toward the end of last year, the AMD Radeon RX 570 looked like the saving grace of AMD’s graphics card line-up. However, with prices still ludicrously inflated thanks to the ongoing Great Mining Drought, even the RX 570 has now been hurled violently over the £300 barrier violently over the £300 barrier, taking it worryingly close to its vastly superior big brother, the AMD Radeon RX 580.

With fewer 'stream processors' (i.e. cores) than the RX 580 and just 4GB of memory, the RX 570 is once again the awkward middle child - not powerful enough to consider over the RX 580 and the Nvidia GeForce GTX 1060, and too expensive to consider over budget alternatives like the Nvidia GeForce GTX 1050Ti.  So where does this FreeSync-enabled, 1080p/1440p card sit on the best graphics card ladder? To find out, I’ve got an Asus ROG Strix RX 570 OC Edition.

When it first came out, this was a little pricier than most other partner cards, but it ups the maximum clock speed from 1168Mhz to 1300Mhz in the default Gaming mode and 1310MHz in OC mode, which is enabled via Asus’ GPU Tweak software.

Frankly, though, you’re unlikely to see a visible difference, so I kept benchmark testing on Gaming mode, starting with Doom. Here, the RX 570 is more than good enough for 1080p; it held together well in fights and there were no specific problems with high anti-aliasing or fancy lighting effects. We had one slight hiccup during a locale transition, but this was a one-off and passed quickly. At 1440p, performance was also perfectly acceptable, albeit with some more noticeable frame drops when the corridors open up into wider areas.

The RX 570 also did well in Hitman, despite of a lot of variance in detail and conditions. It was almost surprisingly adept during some of the busiest scenes in the game, and even when it did droop slightly, it never fully stumbled. 1440p was also an impressive showing, barely displaying any performance loss compared to Full HD. 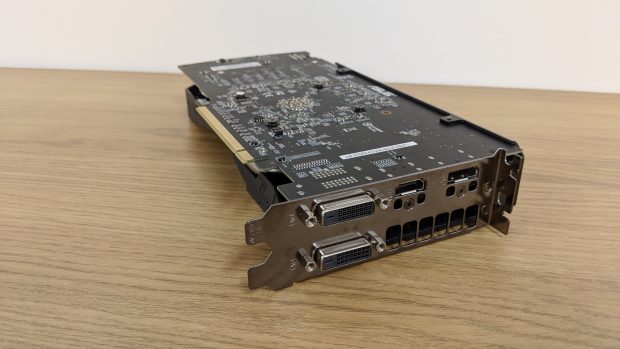 In Middle-earth: Shadow of War, I ignored the warnings that Ultra settings would use twice the memory we had, and ran it anyway. This act of middle-class anarchism was not rewarded, though – the only reason the frames kept up was because of the dynamic resolution smearing Vaseline over everything. On the game’s recommended mix of High and Medium settings, it still looks pretty enough, and ran much better – very nicely, in fact – but this was still the first sign that the RX 570 won’t handle every game at its best. 1440p can also get by with the same High/Medium blend, which is more encouraging, but it’s not beautifully slick either.

Unlike Shadow of War, Rise of the Tomb Raider stays reasonably silky with the RX 570’s 4GB of VRAM, even with Very High settings (the best available). At 1440p, it runs decently, but maybe pushes the AMD card a little too hard in the more richly-detailed areas. I ended up switching to the High preset to get a more consistent quality.

Total War: Warhammer II, sadly, was where the wheels came off. At 1080p, it can be made to run well, but certainly not with Ultra settings, and High only suffices when anti-aliasing is switched off. Merely adding 2x AA puts it almost back to square one. The sharper resolution of 1440p means you can make do without AA, but the RX 570 still has a rough old time even on High. The campaign map is hit particularly hard, though it also seems to run smoother in certain places than the battle map does in general.

Wolfenstein II: The New Order is much more like it: speedy and smooth at 1080p with everything turned up, to even better degrees than Doom managed. Unlike Doom, however, upgrading to 1440p results in a much starker loss of frames. Luckily it’s not so bad as to render things ugly or unplayable, but it’s still a bit of a shame, as Wolf II usually scales really well. 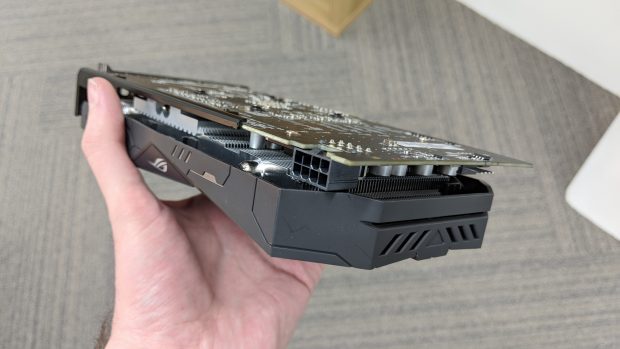 Assassin’s Creed Origins is a funny one: at 1080p, it sometimes runs like a dream and sometimes wobbles and stutters. Going down a couple of steps from Ultra High to High rectifies the wobbling and even a great deal of the stuttering, but you’d need to drop even lower for 1440p, which is more stable only in the sense that never reaches comparable performance highs to 1080p. Faring slightly better is The Witcher 3: Wild Hunt, which can just about cope with maxed-out quality at 1080p. 1440p is also mostly good, even on Ultra, save for a tiny bit of here-and-there stuttering.

Overall, I reckon there’s still a place for the RX 570: it sits broadly in-between budget cards and mid-range all-rounders, perhaps leaning slightly towards the latter in price, but it could make sense to 1080p monitor owners looking for more horsepower than what the GTX 1050Ti provides.

Still, it’s also fair to say that 4GB isn’t quite enough for quality 1440p. In a way, that’s fine – like I said, this works best in a Full HD setup – but when you get into £300 territory, you really ought to start thinking about the RX 580 and the GTX 1060. Heck, even if you are stuck on 1080p, you can get either of those cards – which do better at all resolutions and can even dip their toes in 4K – for about the same price as this Asus model, and only a few tenners more than the cheaper partner-made RX 570s.