To help answer that question, I’ve got Zotac’s take, the GeForce GTX 1070Ti AMP Extreme, while Katharine has MSI's GTX 1070Ti Gaming 8G. Together, we should hopefully find out how Nvidia's newest card stacks up against its siblings - and whether it's got the chops to dethrone the GTX 1080 in our guide to the best graphics cards for 4K gaming.

First things first. One important thing to note about the GTX 1070Ti is that Nvidia seems to enacted a strange rule this time round preventing its partners from setting up their GTX 1070Tis with factory overclocks, meaning that you can only buy at stock speeds (1607 MHz base, 1683 MHz boost).

Workarounds have already been found for this (overclocking isn’t outlawed per se), but it seems an awful lot like Nvidia's scared of the 1070Ti sapping GTX 1080 sales. That, or they just wanted to give a central digit to AMD’s Radeon Vega RX 56 by outperforming it with a less ‘important’ card. 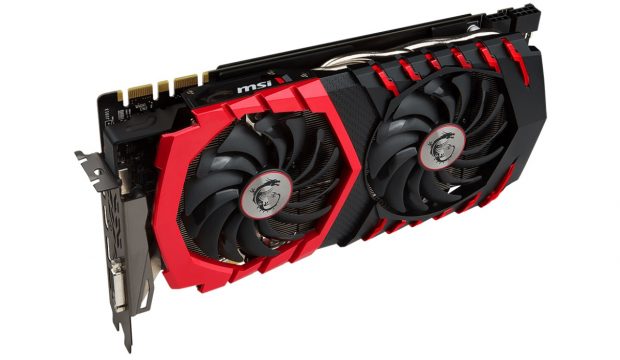 The Zotac model skirts around Nvidia’s sort-of overclock ban by offering a “factory tested” 150MHz boost as a downloadable profile for the firm’s Firestrom software, but that’s still small enough for it to be broadly representative of the GTX 1070Ti as a whole. With the MSI, you've got to do all the overclocking yourself.

First up for testing is Doom. After comparing results, both cards (unsurprisingly) run superbly at 1080p and 1440p, holding together even when the screen's rammed with baddies. At 1080p, we saw framerates reach as high as 100fps, while 1440p knocked that down to a maximum of around 90fps.

Upping it all the way to 4K (3,840x2160) has a clearly noticeable impact, but the GTX 1070Ti still keeps smoothness well up to pacey shooter standards, hitting an average of 60fps on both types of card. Most importantly, it’s stable: there’s no real change between quiet scenes and massive shootouts. That’s partly a testament to Doom’s optimizations, but also a promising showing for the graphics card. 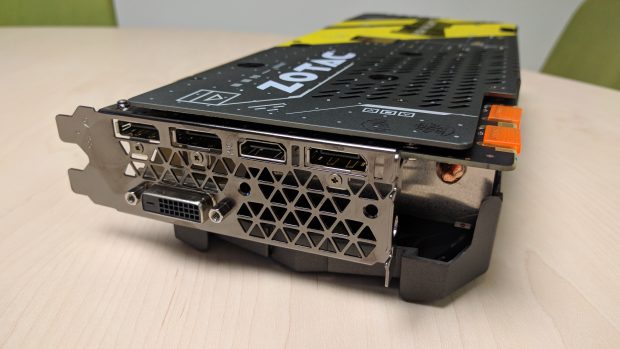 Switching to Hitman, which is routinely filled with hardware-punishing NPCs, Nvidia’s card held firm. At 1080p, there were slight drops from perfection during the busier scenes, but these were tiny slips down to around 40-50fps rather than sheer drops. 1440p had a single lurch during a rooftop scene, but it passed immediately, and wasn’t repeated during a 4K run. Again, high marks at all resolutions, comfortably hitting 60fps at 1080p and 1440p and around 45fps at 4K.

Middle-earth: Shadow of War(dor) proved to be its first big test. Ignoring the menu’s warning that we lacked the VRAM for Ultra quality textures, as well as everything else on full, we launched into 1080p to find that everything was…fine, actually, with each card hitting somewhere in the region of 75fps. 1440p saw that dip to about 50fps, but you could easily wring more frames out by turning down some settings. Still, when you’ve already got a good balance between high fidelity and smoothness, it makes sense to stick with Ultra.

It wasn’t until we tried 4K that the GTX 1070Ti started to struggle. It still ran at what we’d consider an acceptable pace, around 40fps, but big moments like a fort siege clearly strain the GPU. Expect to wave goodbye to some luxury settings after all, if you’re going to be playing at this res.

Total War: Warhammer II ticked along well, though understandably not as smoothly as our more focused benchmarks. Zooming in to within a spear’s length of a unit can be the fastest route to stuttery misery in RTS games; not so here, with 1080p staying a suitably 60fps velvety on the battle map, while 1440p only dropped to around 45fps when we got up close and personal. 4K was the only res where maxed-out settings is anywhere near too much, dropping to an average of 20-25fps; there was noticeable jittering on both battle and campaign maps, with more distinct gulfs between highs and lows on the latter. 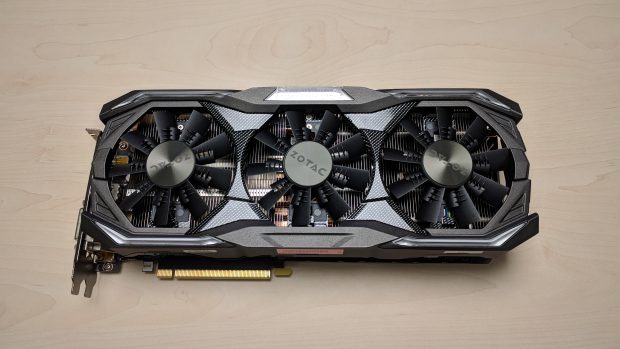 Rise of the Tomb Raider, with all its varying weather, particle, and Lara Croft hair effects was a slightly tougher test: not at 1080p and 1440p, yet again, as both happily hit the 60fps mark, but at 4K, smoothness took a relatively big hit down to 40-45fps, but even that speed's still perfectly playable, so it’s not a huge concern.

The Witcher 3 was second only to Doom in evoking the “Hey, I switched from 1080p to 1440p and could barely tell the difference” feeling, which is to say that the GTX 1070Ti excels at both and easily hit 60fps at both resolutions. 4K was really good as well, but here only managed around 40fps; it’s not that you can’t see a performance hit, but you won’t be compelled to sack graphics quality either.

Lastly, we have Assassin’s Creed Origins, which didn’t have issues conveying its particularly stabby recollection of Egyptian history. At least, not at 1080p. Here we saw a stable 60fps on both cards, with occasional jumps up to around 75fps out in the empty wilderness. 1440p wobbled a teeny bit during transitions into more open areas, dipping to around 45fps, with the same happening on a clearer scale at 4K. It still runs just about all right at 30-35fps on Ultra at 4K – certainly no worse than playing on console, for instance – but switching off some of the fancier visuals would be wise here if you want a slicker frame rate.

No surprises, then: the GTX 1070Ti is slightly better than the GTX 1070 and RX 56, and slightly worse than the GTX 1080. That doesn’t preclude it from being a good card, mind; it would have to be to come so close to Nvidia’s original Pascal flagship, and while it can’t run every single game flawlessly at 4K, not even the GTX 1080Ti can do that. 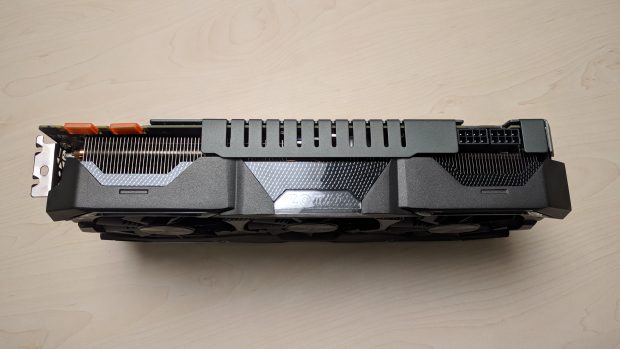 I should say that I’m not terribly keen on the general design of Zotac's AMP Edition – it’s thicker than a Gears of War protagonist’s neck, and despite the massive radiator and tripled-up fans offering good cooling, the latter still go like the clappers. The MSI, meanwhile, weighs about as much as a Gears of War protagonist, according to Katharine, but at least its pair of fans didn't make it feel like her PC was about to launch into orbit.

Here’s the real issue, though: most GTX 1070Ti cards cost around £600 these days, and when a decent partner-customised GTX 1080 costs £650, it seems a tad silly to go for a GTX 1070Ti instead. With prices so high and stock so thin, it all begs the same question. When you're spending £600-odd on a graphics card in the first place, why would you not just get the GTX 1080 in the first place?