For the three of you whose goal in life has only ever been to play games on max settings at 4K with nary a drop in frame rate at 60fps, the Nvidia GeForce RTX 2080Ti is a dream come true. A rather expensive £1049 / $1150 dream, all told, but a dream nonetheless.

For this 4K monster beast is by far the best graphics card I've ever tested, and offers a compelling upgrade over Nvidia's previous 4K top dog, the GeForce GTX 1080Ti - and that's before you start taking into account all the other new clever bits and bobs packed into each RTX GPU that can potentially boost performance even further. If the idea of playing games at 4K at max settings on a single GPU is an appealing one to you, the RTX 2080Ti could well be the GPU for you.

Much like my earlier Nvidia GeForce RTX 2080 review, what you'll find below is another review-in-progress that currently only looks at one part of the RTX 2080Ti pie: raw performance. That's because outside of a couple of tech demos at the moment, there aren't actually any games that utilise Nvidia's fancy ray-tracing reflection tech or its performance-boosting DLSS bobbins just yet, so you'll have to wait a bit longer before I can see whether these features are any good, and how they affect in-game speeds. I'll be updating both reviews early next week with some early demo impressions, but it will likely be next month before Square Enix patch in their ray-tracing Shadow of the Tomb Raider update and DLSS Final Fantasy XV update.

This review-in-progress also brings with it the same caveat regarding my overall test PC specification: namely that my Intel Core i5-8600K CPU - yes, one of today's most up-to-date processors and the best that Core i5 currently has to offer - was clearly hampering performance in several areas, particularly further down the resolution scale where my 1920x1080 results were often nigh-on identical to those I obtained at 2560x1440. As a result, the results you'll find here may not be as quick as other ones you might see elsewhere around the interweb.

Fortunately, despite that caveat, the RTX 2080Ti still delivered substantially better 4K speeds than both the RTX 2080 and Nvidia's previous generation GTX 1080Ti in this department, often hitting at least 60fps on max settings at every single game I threw at it. There are still a couple of outliers such as Final Fantasy XV and Monster Hunter World that forced me to drop down to High to get a smooth 60fps on my Core i5-based PC, but as a single GPU for near-flawless 4K gaming, the RTX 2080Ti is an enticing prospect indeed if you've got enough spare cash to get one. 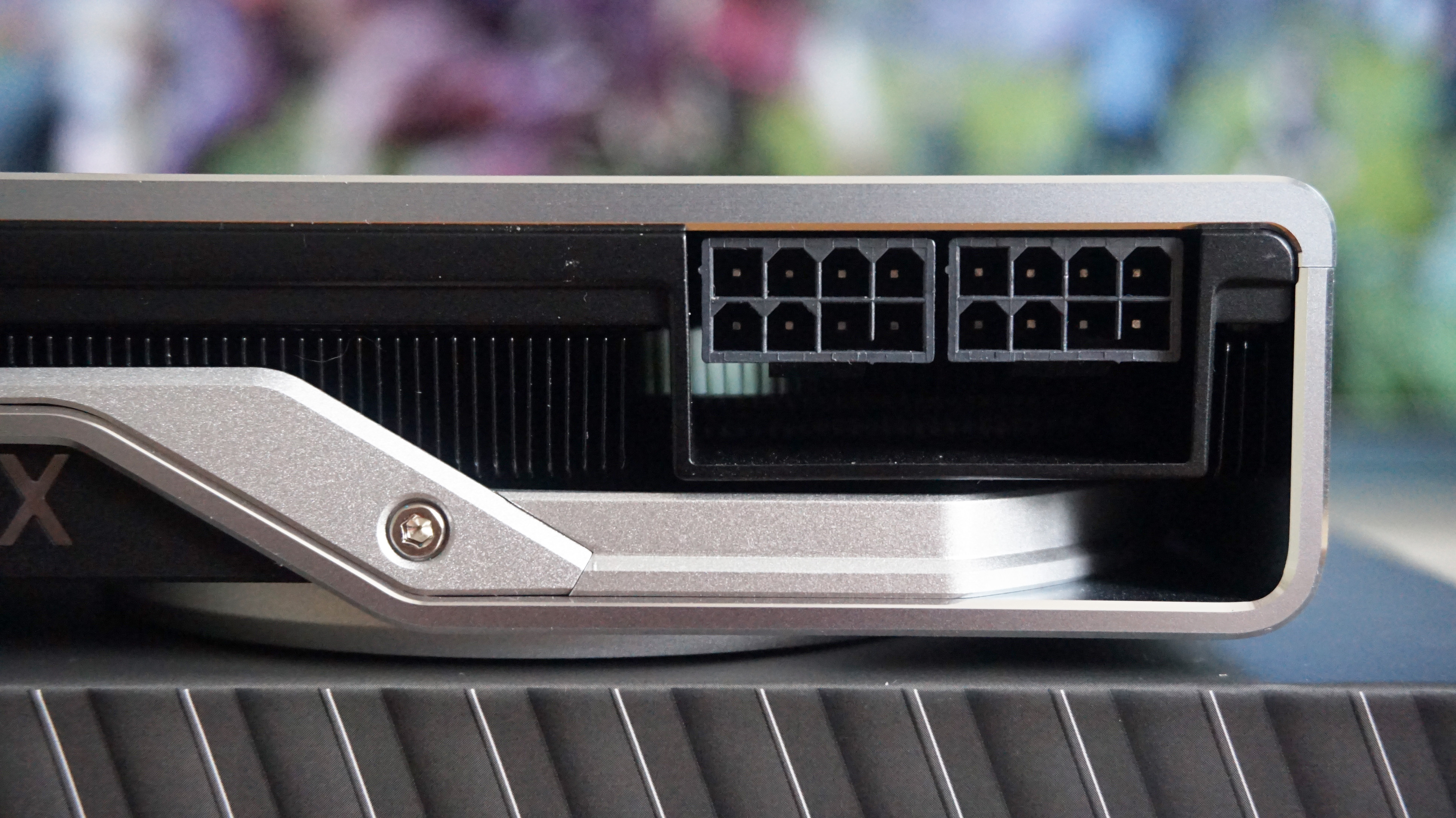 A large chunk of its superior performance comes from having a whopping 11GB of GDDR6 memory on board that can deliver 616GB/s of memory bandwidth - which is a heck of a lot higher than the RTX 2080's bandwidth 448GB/s. You also get 4352 CUDA cores and a base clock speed of 1350MHz, with the boost clock speed of the Founders Edition on test here set to 1635MHz (that's a 90MHz boost over the 1545MHz reference spec).

As with the Founders Edition of the RTX 2080, though, this extra speed bump doesn't necessarily make the Founders Edition of the RTX 2080Ti the best version of the card on offer. Other third party cards will also be available with their own factory overclock speeds in the coming weeks and months, but the figures below should still give a broad idea of what the card is capable of overall.

Enough of those spec numbers, though - let's talk proper numbers and those lovely frames per second. Safe to say, the RTX 2080Ti is just a teensy bit powerful. 65-75fps on Ultra at 4K in The Witcher III? No worries. An average of 63fps in Assassin's Creed Odyssey on Ultra High, also at 4K? Not a problem. How about a 4K Ultra-fied average of 72fps in Middle-earth: Shadow of War and 89fps in Hitman? Yes please.

The most impressive of all my test games, however, was Total War: Warhammer II. Finally, we have a card that doesn't choke on 4K Ultra settings, delivering an average of 53fps in those shoulder-to-shoulder battle scenes and a very lovely 63fps swooping round the campaign map.

That's a full ten frames higher than the RTX 2080 and GTX 1080Ti, both of which I had to drop to 4K High to get anywhere near the same kind of speed, and it's surprising how much of a difference it makes. There were still a few drops to 46fps when the camera got up close and personal with the end of a Lizardman's spear with the RTX 2080Ti, all told, but I probably wouldn't have been able to tell if I didn't have the aid of a frame rate counter ticking away in the top corner of my screen. 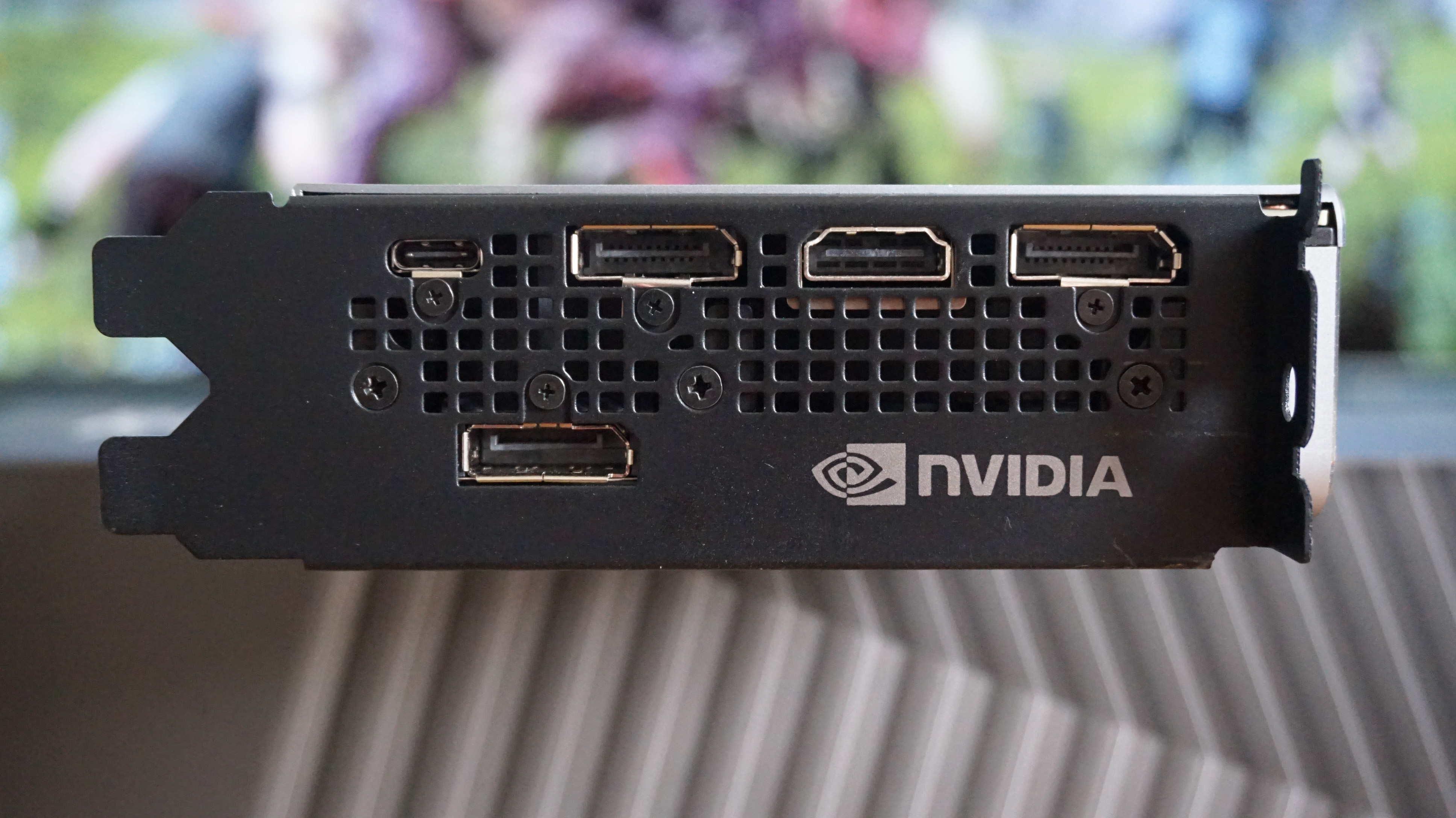 Doom and Wolfenstein II, meanwhile, were having a whale of a time, hitting up to 130-140fps in both games on their respective Ultra and Mein Leben settings, with the frame rate never dipping below 90fps in Doom and 110fps in Wolfenstein. Of course, none of this will make the slightest bit of difference to you if you don't have a high refresh rate monitor to take advantage of all these extra frames, but for those who demand absolute perfection and have the right kit, the RTX 2080Ti can definitely go the distance to make the most of it.

That said, there are still some games out there that even the RTX 2080Ti can't tame (at least not when it's paired with a Core i5 CPU, that is). Rise of the Tomb Raider's mad anti-aliasing settings, for instance, still only produced an average frame rate of 37fps in its trio of internal benchmarks (the RTX 2080 and GTX 1080Ti can only manage 29fps by comparison), but knock that down one rung to SMAA x2 and you'll see a much smoother average of 54fps.

The same picture emerged in Rise's apocalyptic sequel, Shadow of the Tomb Raider, as well. On Highest at 4K with the anti-aliasing set to its maximum SMAA x4, the RTX 2080Ti hit an average of 40-45fps in the bustling square of Cozumel, which is infinitely more playable than the RTX 2080's 33-35fps, but still not quite as lovely as the 60-65fps you can get by opting for the next option down, SMAAT x2.

Final Fantasy XV and Monster Hunter: World's Highest settings also proved tough customers for the RTX 2080Ti at 4K, although at least here you can whack on all of Nvidia's extra effects in the former and still get a very playable frame rate of 40-45fps for your trouble, which is more than can be said for any other graphics card available right now. Monster Hunter: World, meanwhile, settled somewhere around the 40-50fps region on max settings at 4K, but settle for High and you're away, the frame rate rarely dipping much below 53fps out in the field with highs of around 65fps. 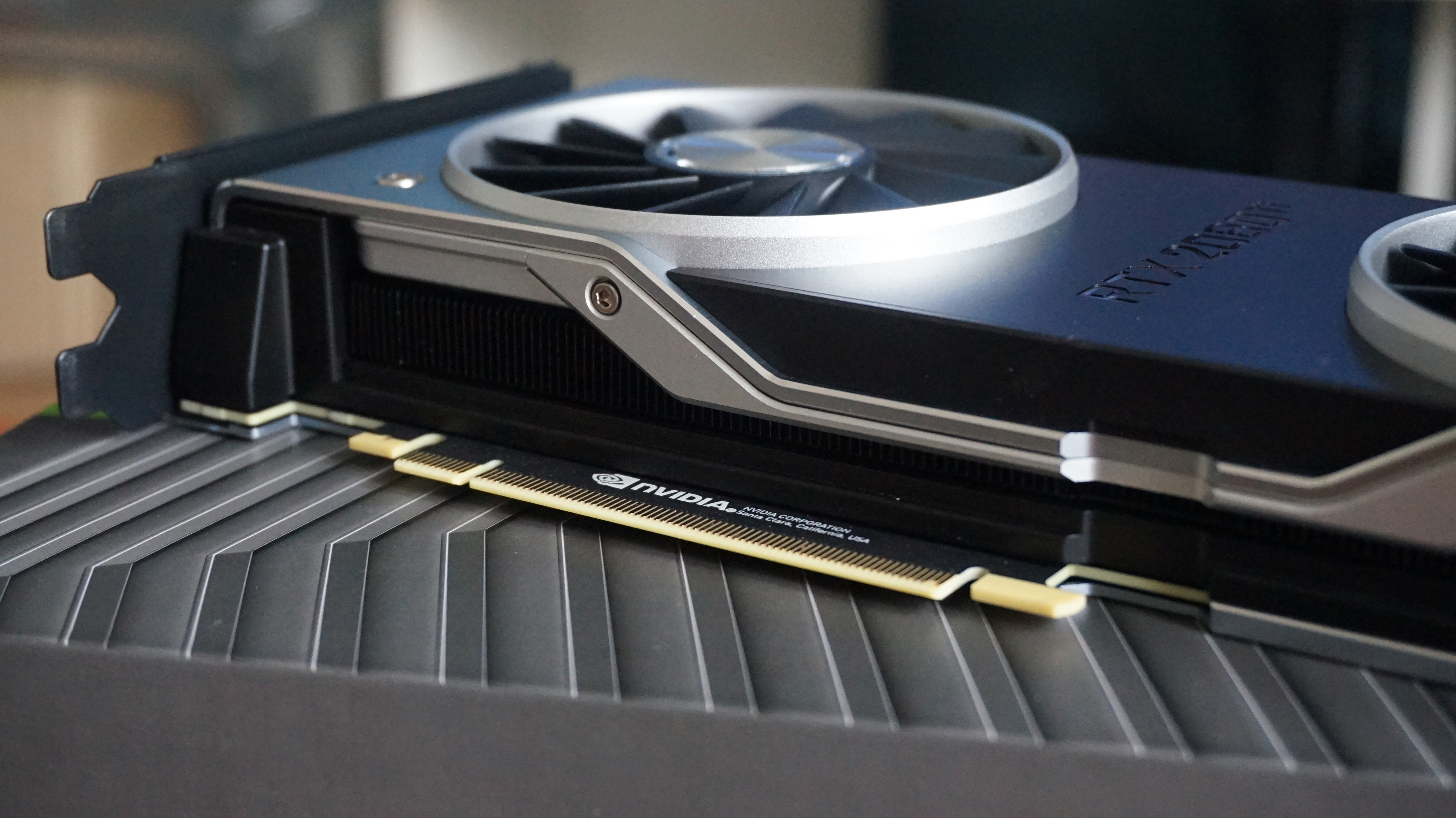 Compared to the RTX 2080 and GTX 1080Ti, then, this beefed up card essentially gives you the same 60fps-level performance but on the next graphics setting up, giving you greater leeway to take advantage of higher frame rates when its siblings can already do max settings, and offering smoother speeds closer to, if not better than, 60fps when they can't. It is the perfection's 4K graphics card, and is hands down the fastest GPU I've ever laid my human eyes on.

That's not to say everyone should buy an RTX 2080Ti, of course. That would be madness. Indeed, if your current monitor only has a resolution of 2560x1440, the RTX 2080Ti will of course produce some very nice speeds that look lovely on a high refresh rate monitor, but so does Nvidia's significantly cheaper GTX 1070 and GTX 1070Ti. Indeed, if my apparently tiddly Core i5 has taught me anything benchmarking these cards, it's that thousands more CUDA cores and jumbo memory bandwidths make naff all difference if you don't also have the bestest best CPU to make the most of them.

To give just one example of the kind of speeds I got from the RTX 2080Ti at 1440p, Hitman produced an average of 93fps when I ran its internal benchmark on Ultra. The £400 / $400 GTX 1070Ti? An average of 85fps. There are, of course, plenty of other games where the performance gap is much larger between the RTX 2080Ti and GTX 1070Ti, but pairing the RTX with a Core i5 is clearly not letting it pump out as many frames as it ought to be doing. 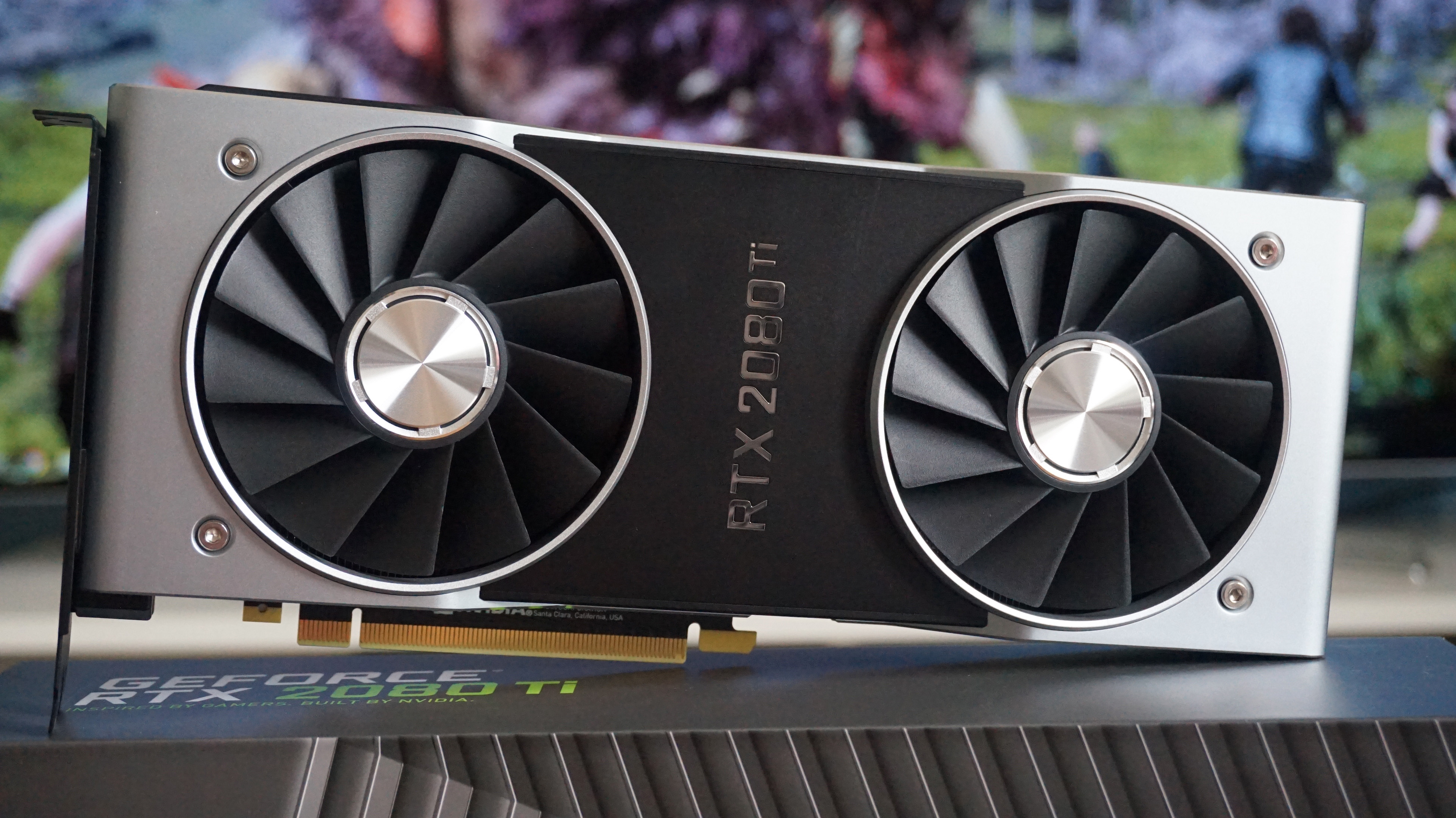 I will, of course, be updating both this review and my RTX 2080 review early next week with some more thoughts on the current ray-tracing and DLSS demos available to see how much more Nvidia's Turing GPU could potentially have to offer once said ray-tracing and DLSS games start appearing, but for now, let's say this. If you do happen to be one of those 4K-ers who wants the absolute bestest best frames money can buy, then the RTX 2080Ti is certainly much easier to recommend than its non-Ti sibling.

There's a clearly identifiable jump in performance compared to Nvidia's last generation of 4K graphics cards, and that's even before you start factoring in any of its potential speed-boosting Turing tech. If you've got a spare £1049 / $1150 and want the fastest 4K graphics card on the planet, go for it. For everyone else, let's hope the regular RTX 2080's results manage to improve a bit over the GTX 1080Ti once I get my hands on a better CPU.