Hot off the heels of their Big Navi GPU tease yesterday, AMD also revealed their entire 3rd Gen Ryzen CPU line-up, detailing every processor in their new Ryzen 3000 family, including a brand-new Ryzen 9 category. Here's everything you need to know, including their specs, price, release date and how they're currently shaping up against Intel's 9th Gen Coffee Lake CPUs.

AMD Ryzen: what is it?

Just like Intel have their Core CPUs, AMD have their Ryzen CPUs. It's the name given to their consumer-based family of PC processors, and it encompasses both mobile CPUs you'll find in laptops and proper desktop ones. This year, we'll be entering the 3rd generation of desktop Ryzen CPUs, which are also known as the AMD Ryzen 3000 series, which I'll be focusing on for the rest of this article.

As teased back at CES, AMD's Ryzen 3000 CPUs will use a 7 nanometer (nm) manufacturing process. This refers to the size of a processor's individual transistors. The smaller they are, the more you can cram onto a single piece of silicon, which, in theory at least, should make them more powerful than processors with larger, and therefore fewer transistors packed into the same area. For comparison's sake, the current generation of Intel Coffee Lake CPUs, for example, use a 14nm manufacturing process, so their transistors are literally twice the size of AMD's. That doesn't necessarily mean AMD's new CPUS are going to be twice as fast as Intel's - there are various bits of technical wizardry too complicated to explain here as to why that is - but there are several reasons why 7nm is pretty exciting.

For example, every individual 7nm core in AMD's Ryzen 3000 series will be based on their new Zen 2 architecture. This is a complete overhaul from their previous generation of Zen core (known as Zen+), with AMD claiming it can deliver 15% greater performance across all types of PC application. That's a pretty impressive jump. What's more, Zen 2 also has a much larger cache size than Zen+, which may not sound particularly sexy, but its reduced memory latency times should help make games perform better as well. 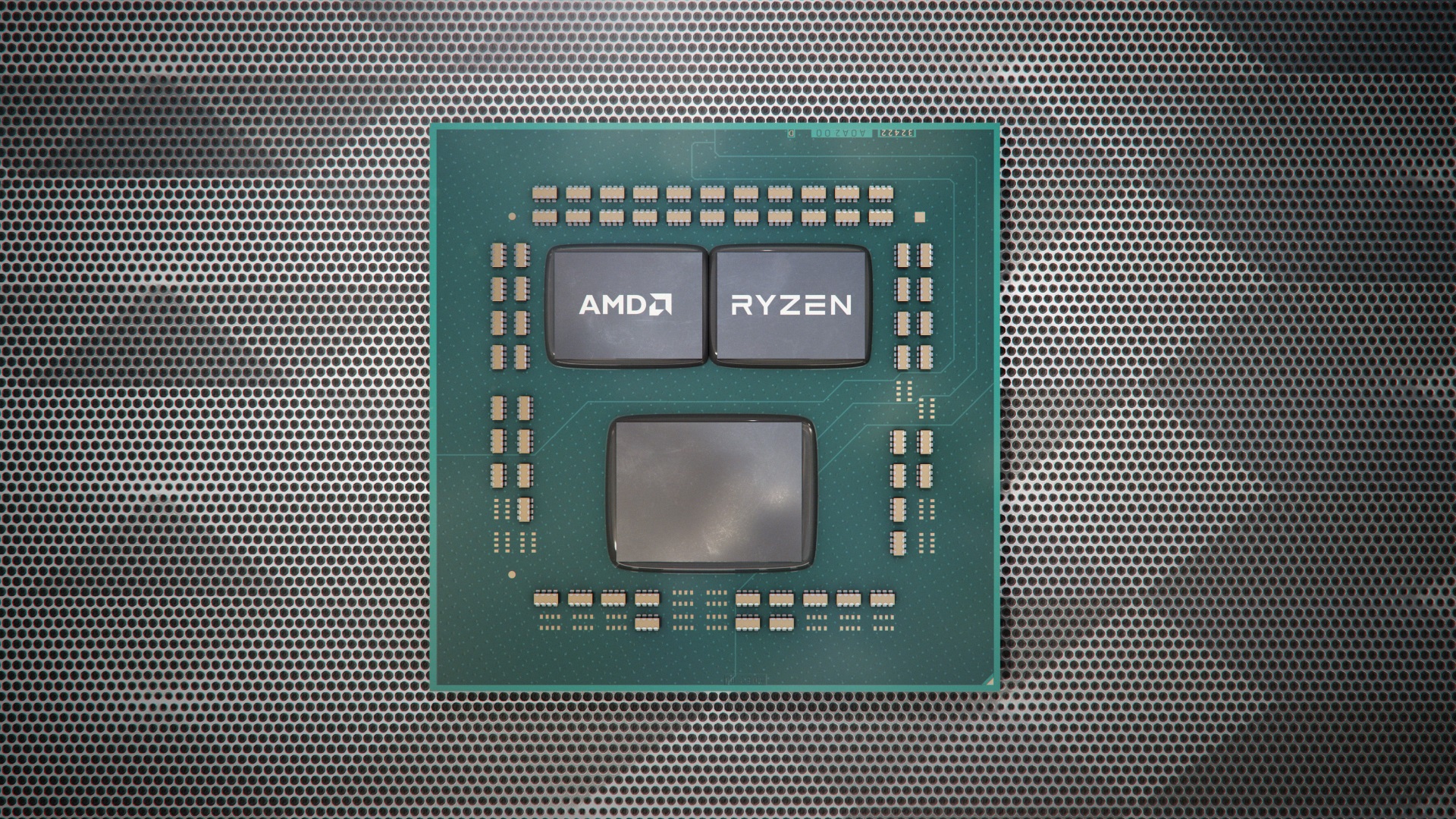 AMD's Ryzen 3000 CPUs are also going to be the first PC platform in the world to support the super fast PCIe 4.0 standard. You'll need a PCIe 4.0-enabled motherboard to take advantage of it, of course, but PCIe 4.0 massively increases the amount of bandwidth available to your PC components, allowing them to churn through a heck of a lot more data in the same amount of time - and should provide a potent combo when paired with one of AMD's Navi GPUs, which also support PCIe 4.0.

Arriving on July 7, this is the complete line-up of AMD's Ryzen 3000 CPUs. There are five CPUs in total, comprising of two Ryzen 5s, two Ryzen 7s and a brand-new category known as Ryzen 9, which AMD are calling their 'no compromise' CPU.

While the Ryzen 9 3900X and Ryzen 7 3800X will no doubt be the big muscle CPUs of this 3rd generation, one of the more impressive-looking CPUs on this list is the Ryzen 7 3700X - particularly that tiny TDP (or thermal design point) of 65W. That's a lot more energy efficient than its 2nd Gen equivalent, the 105W Ryzen 7 2700X, and it's significantly faster, too, with AMD claiming it should be able to deliver 15% faster single core performance and 18% multi-core performance.

AMD were also keen to show how the Ryzen 7 3700X compares to Intels' Core i7-9700K as well, which has a TDP of 95W. While its single core performance was only 1% faster, its multi-core performance was a whopping 28% faster, allowing it to churn through Cinebench R20's tough benchmark test much, much faster than its Intel rival - all while consuming less power, too.

As for the Ryzen 7 3800X, AMD are hoping this will be their Intel Core i9-9900K competitor, calling it their new 8-core performance leader. Admittedly, as you can see from the graph below, it's pretty neck-and-neck on single and multi-core performance, and AMD's own Playerunknown's Battlegrounds demo also showed them to be roughly equal when it came to games, too. 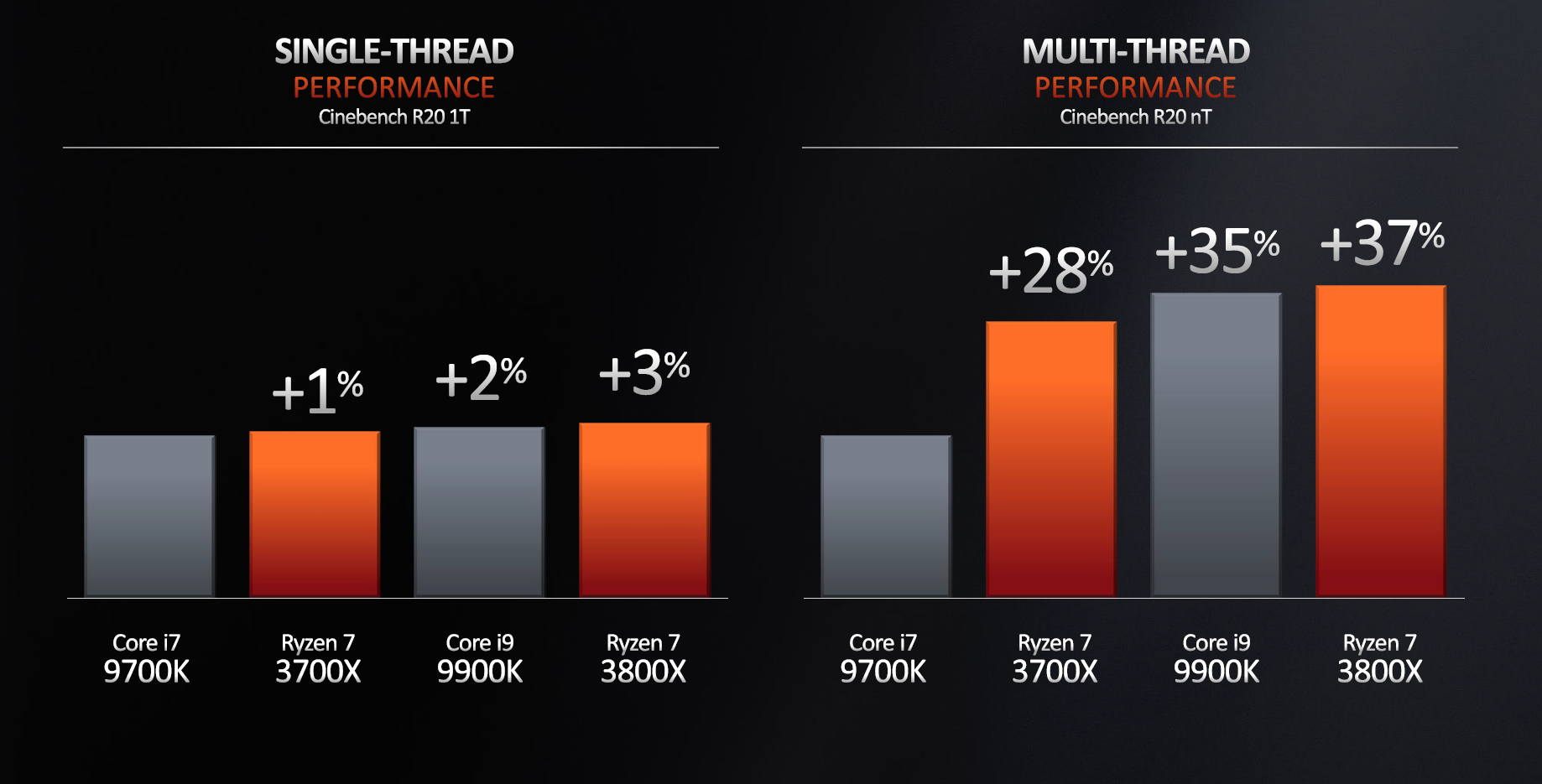 However, while the Core i9-9900K is a 95W chip, rather than 105W, it is also $100 more expensive than the Ryzen 7 3800X, as current Core i9 prices are around $485. This makes the Ryzen a lot more tempting as a result, although I'll have to wait and see how they fare in testing myself before making any firm judgment calls. 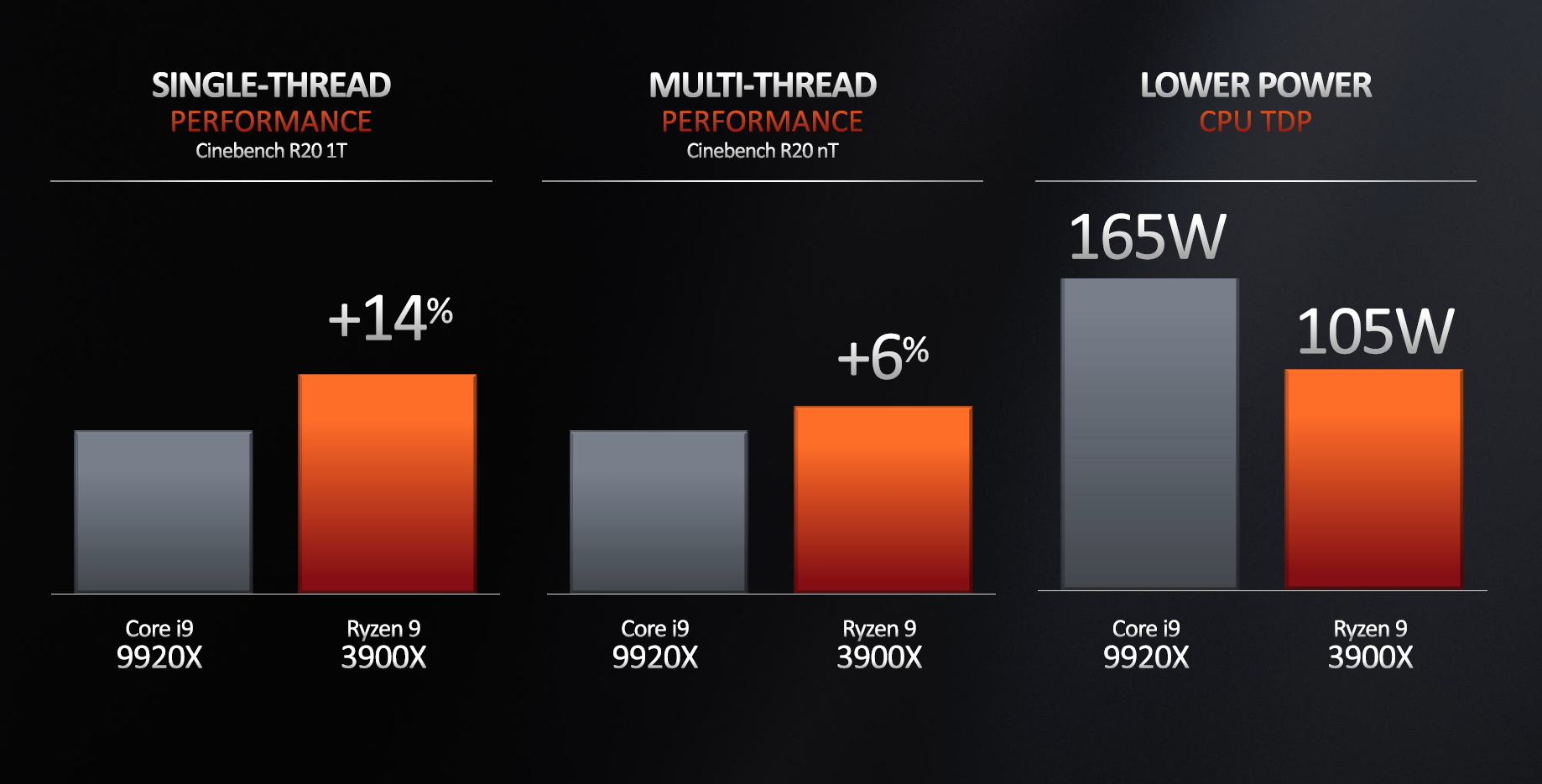 Alas, AMD didn't really say anything about the Ryzen 5 CPUs, but needless to say, I'll be testing them very soon to see how they stack up against Intel's Core i5 CPUs to see which one deserves a home inside your PC.

What motherboard do I need for Ryzen 3000?

In terms of motherboard requirements, every Ryzen 3000 CPU will happily slot into almost every pre-existing AM4 sockets, so current Ryzen owners shouldn't technically need to buy a new motherboard in order to start using their new CPU straight away. However, AMD is also introducing a new AM4 chipset that will make the most of their new Ryzen 3000 CPUs - the X570, which joins the X470, X370, B450, B350 and A320 chipsets as the new top-end chipset for high performance AMD systems (see our motherboard / CPU combo guide for more info).

Naturally, X570 will also support the PCIe 4.0 standard, making it an ideal foundation for new Ryzen 3000 / Navi GPU owners - especially when its increased bandwidth will also offer 42% faster storage performance than PCIe 3.0 motherboards, according to AMD. There will be plenty to choose from, too, as come July 7 there will be over 50 new X570 motherboard models available from all the usual suspects, such as Asus, Gigabyte, MSI, AsRock and Colorful, as well as PCIe 4.0 storage devices from Gigabyte, Phison and Galaxy to make the most of your motherboard's new speeds.

However, while the Ryzen 3000 CPUs will slot into most AM4 chipsets without much trouble, you can see from AMD's compatibility graph below that some of the older chipsets, such as the X370 and B350 may need a BIOS update in order to get them up and running. Similarly, the entry-level A320 chipset doesn't support them at all, although that's hardly surprising given this chipset is really only found in very budget-oriented boards intended for small or compact PC builds.

Fortunately, AMD are putting together a 'Ryzen 3000 Ready' badge program to help new buyers identify which chipsets will work with AMD's new Ryzen 3000 CPUs straight out of the box. You'll most likely see them on B450 and X470 boards for now, but it's possible that we'll also start seeing it on X370 and B350 boards further down the line if manufacturers start shipping them with their respective Ryzen 3000 BIOS updates included straight out of the factory.