Hello leg ends. A new event has come to the royale battlefield of Apex Legends this week, all themed around the character Wraith, who has the power to hear when you are talking about her, so let's say for the record how fabulous and strong she is. Anyway, alongside the update, the developers have released a lore trailer in which our favourite white-eyed warrior is shown to be a dimension-hopping seer of the entire multiverse. Isn't she great?

But what about the other characters? Maybe you're curious about Gibraltar's childhood, or Bangalore's mysterious military record. Well, you're in the right place. Here are all the other Apex Legends backstories, which we have discovered from a combination of credible and trusted sources I cannot tell you about but are nevertheless 100% accurate.

First, Wraith's lore vid. This is the first long-form video we've seen about a Leg End. A lesser person might say she is revealed as a clichéd experiment-gone-wrong hero. But not me. Wraith is good and I'm not just saying that because she is an omniscient woman with a knife.

It clears one mystery up: exactly how her power works. Turns out she just sees every possible outcome of every action, like some sort of Borgesian nightmare woman. But let's turn our attention to the other heroes, and their equally powerful backstories. 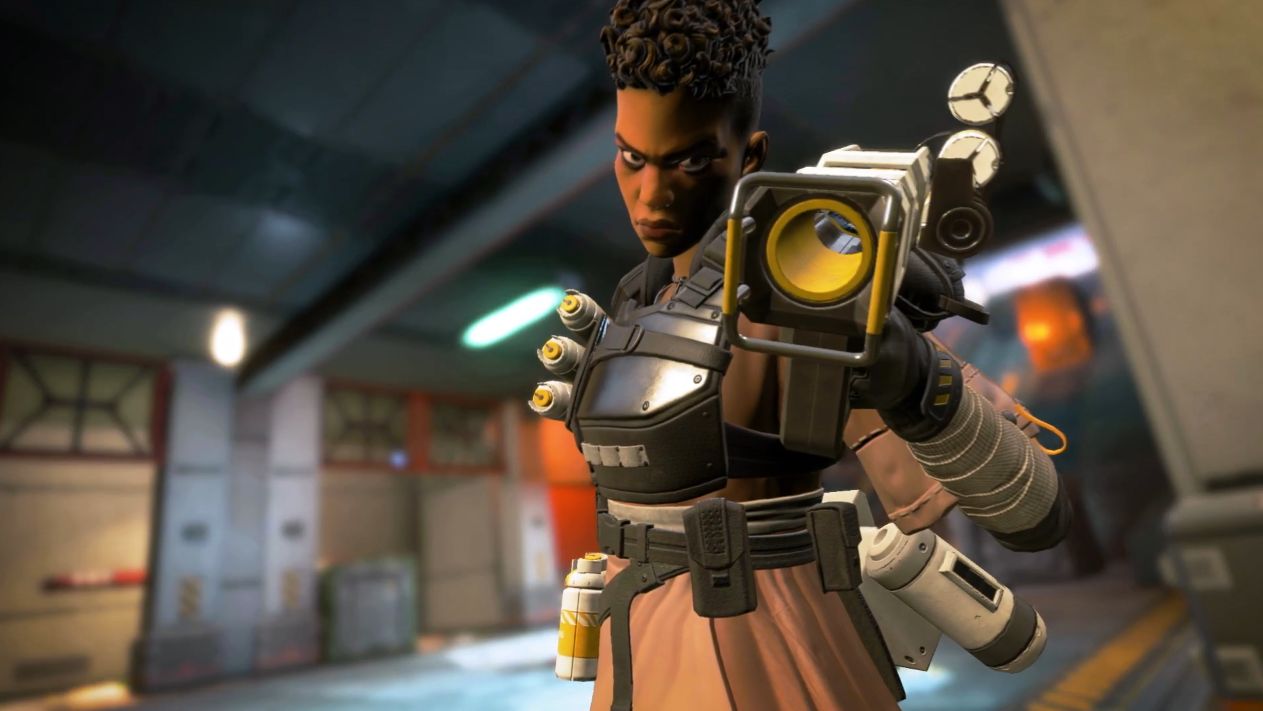 When 9-year-old Anita Williams was asked what she wanted to be when she grew up, the girl looked at her mother unblinkingly and said: "A killer of the weak." Mrs Williams laughed nervously and looked at her husband for reassurance, but she found only the cold stare of a helicopter parent. Specifically, a Chinook pilot. Every day, Bangalore and her air force father would silently drill parachute drops over nearby farmland, and later move on to flanking manoeuvres in the fields of neighbouring ranchers. The farmers were too frightened to protest, and by the time she was 20 years old, Anita had eliminated 800 pigs in training exercises. A further 1900 pigs were "knocked down". 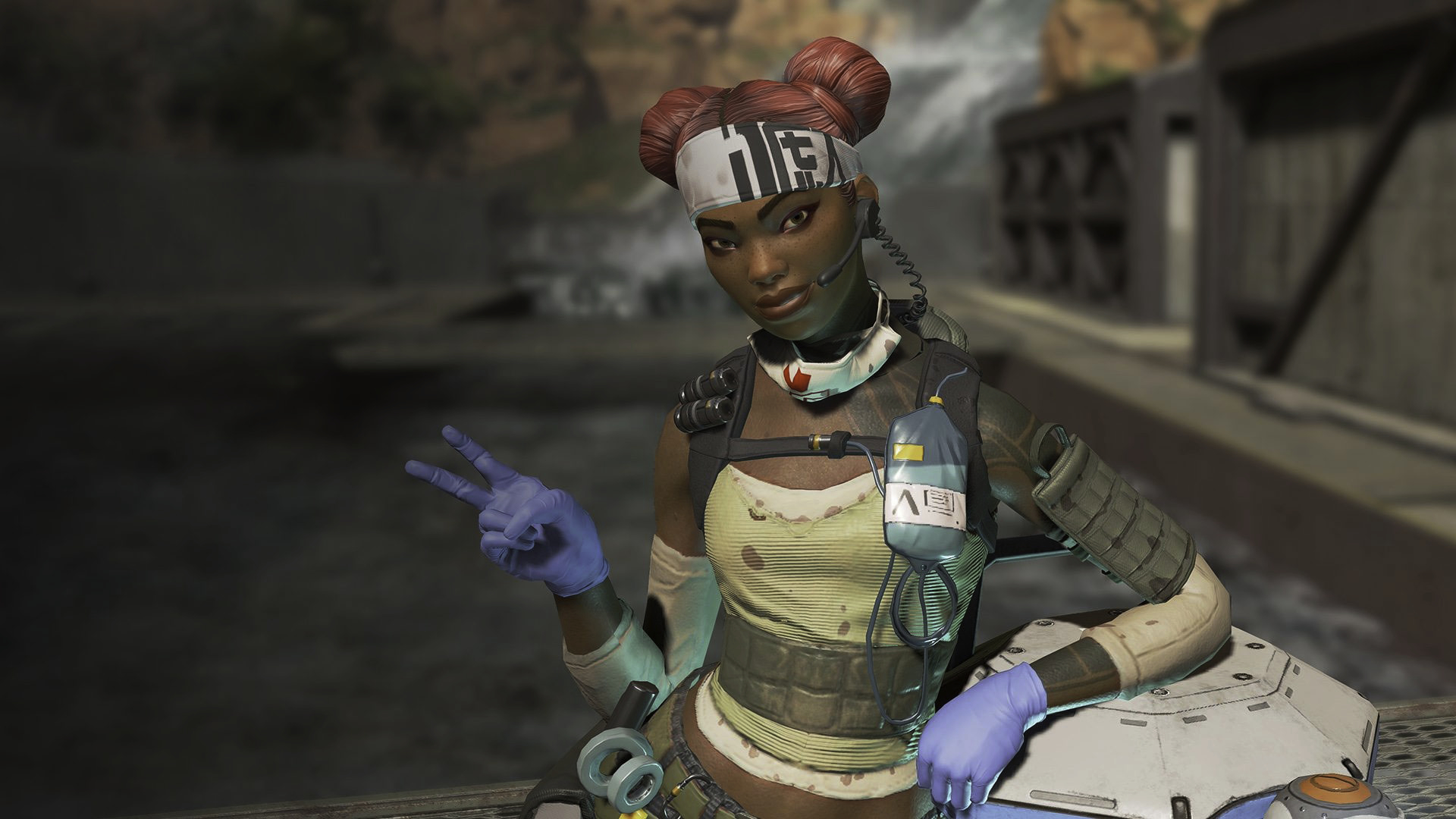 As a medical student, Lifeline fell into disrepute when she started using a drone to perform complicated heart surgery. Her overseers in the emergency ward were especially upset to X-ray a returning patient with chest pains, only to find a USB stick lodged in his intercostal muscles. When Lifeline was brought up to a tribunal for malpractice she looked shocked to hear the accusation.

"Oh my god," she said. "So that's where all my episodes of Neon Genesis Evangelion went." 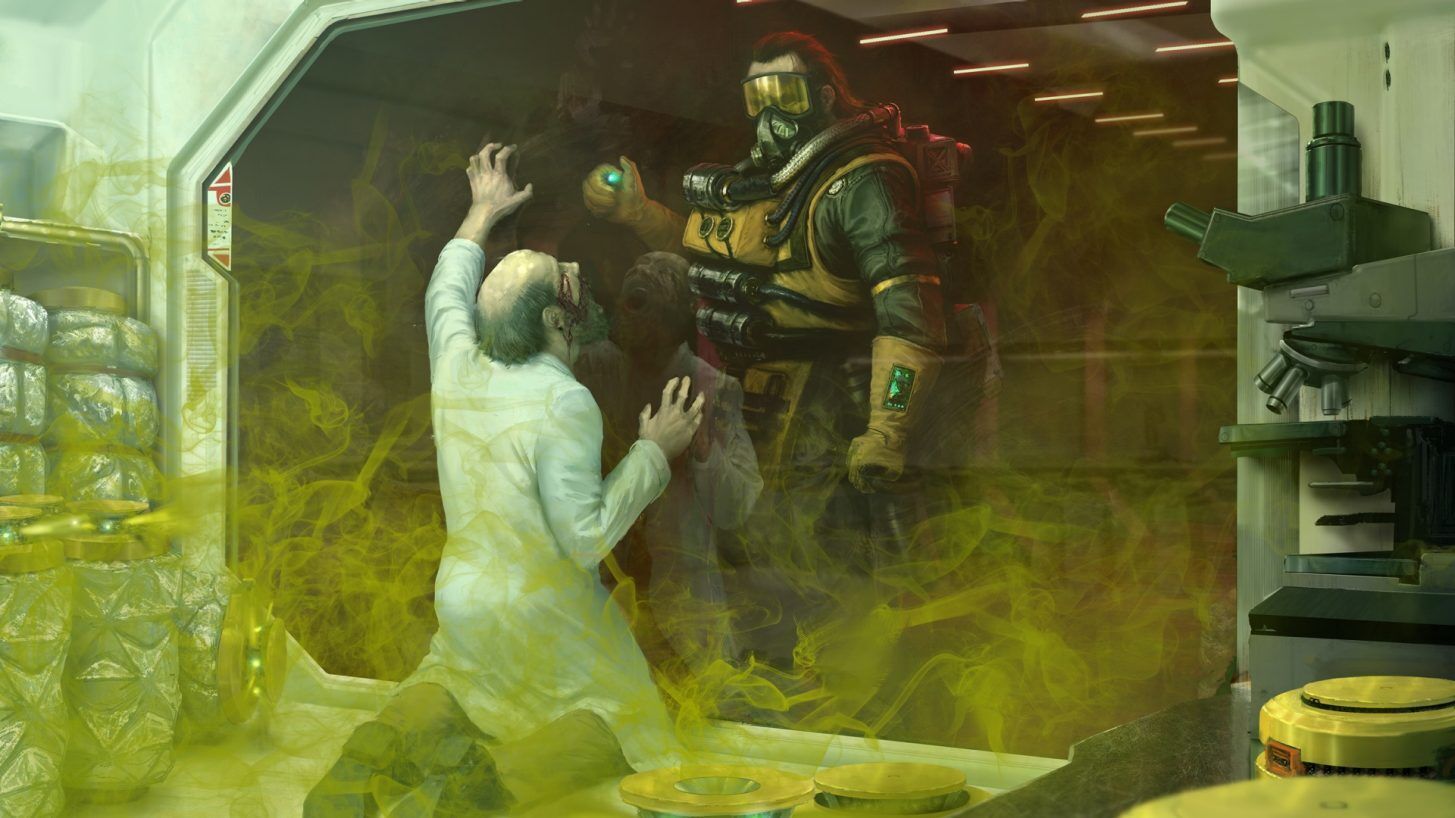 The appearance of a man in a hazmat coat with a suspiciously gruff voice surprised many at the inaugural Apex games. But this new combatant, who called himself "Caustic" before anyone had even asked, was instantly treated with suspicion by fans and competitors alike. His fellow fighters could not put their finger on why he offended them so much. Maybe it was that he only spoke about death with the disconcerting reverence of bad sixth form poetry. Maybe it was all the clouds of farty gas he experimented with. Whatever it was, they kept him at arm's length. Then one day, a curious spectator of the Apex games followed Caustic home from a busy day of edgelording, and peeped through his window. As the so-called Legend hung up his gasmask next to a poster of the Grim Reaper smoking a joint, his beard dropped right off his face. It was revealed that the man was really a 14-year-old boy called Alex wearing a false beard and a hazmat suit stuffed with old socks. The mystery was solved. To this day Caustic does not know that everyone else in battle is aware of his secret. 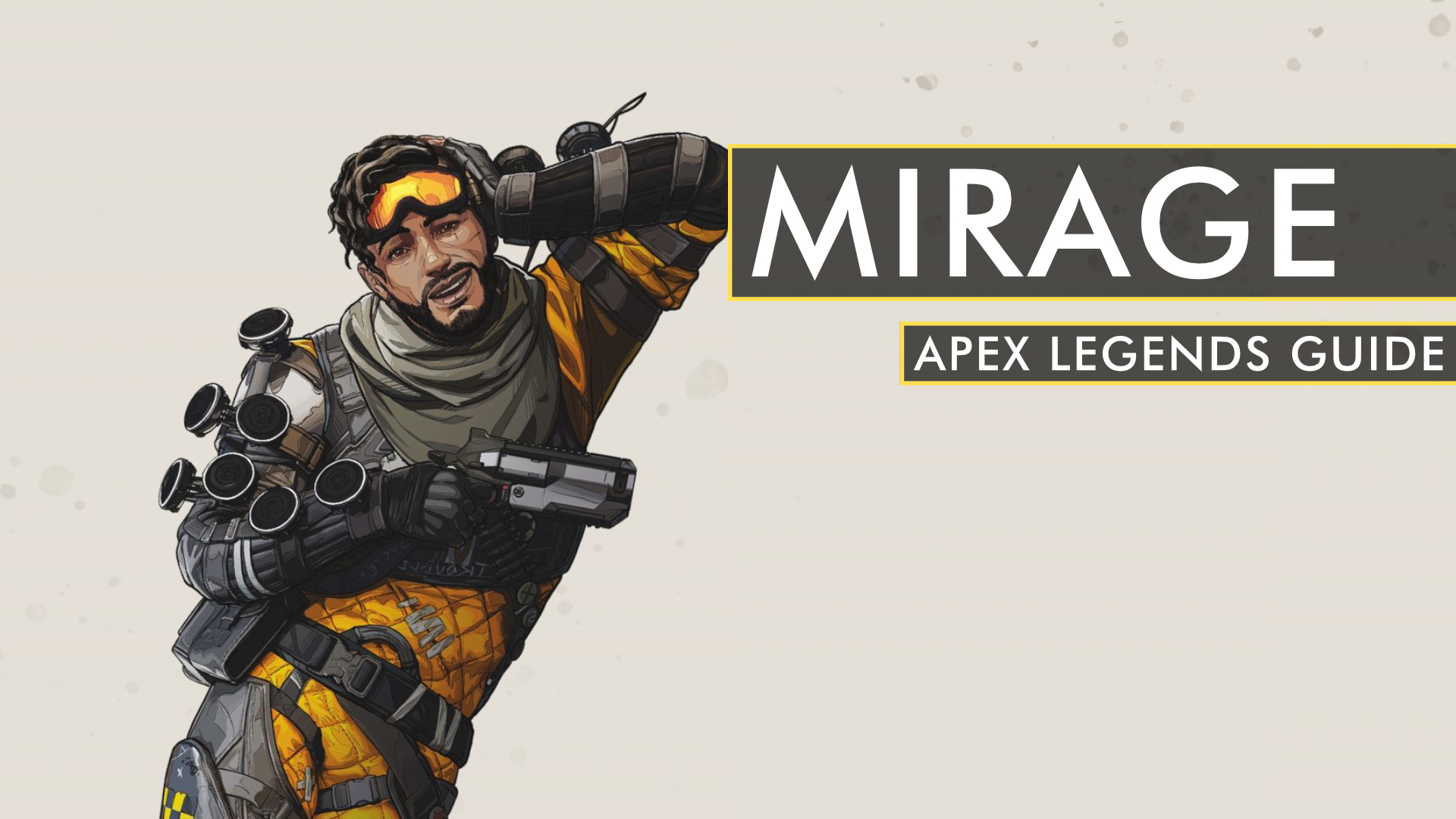 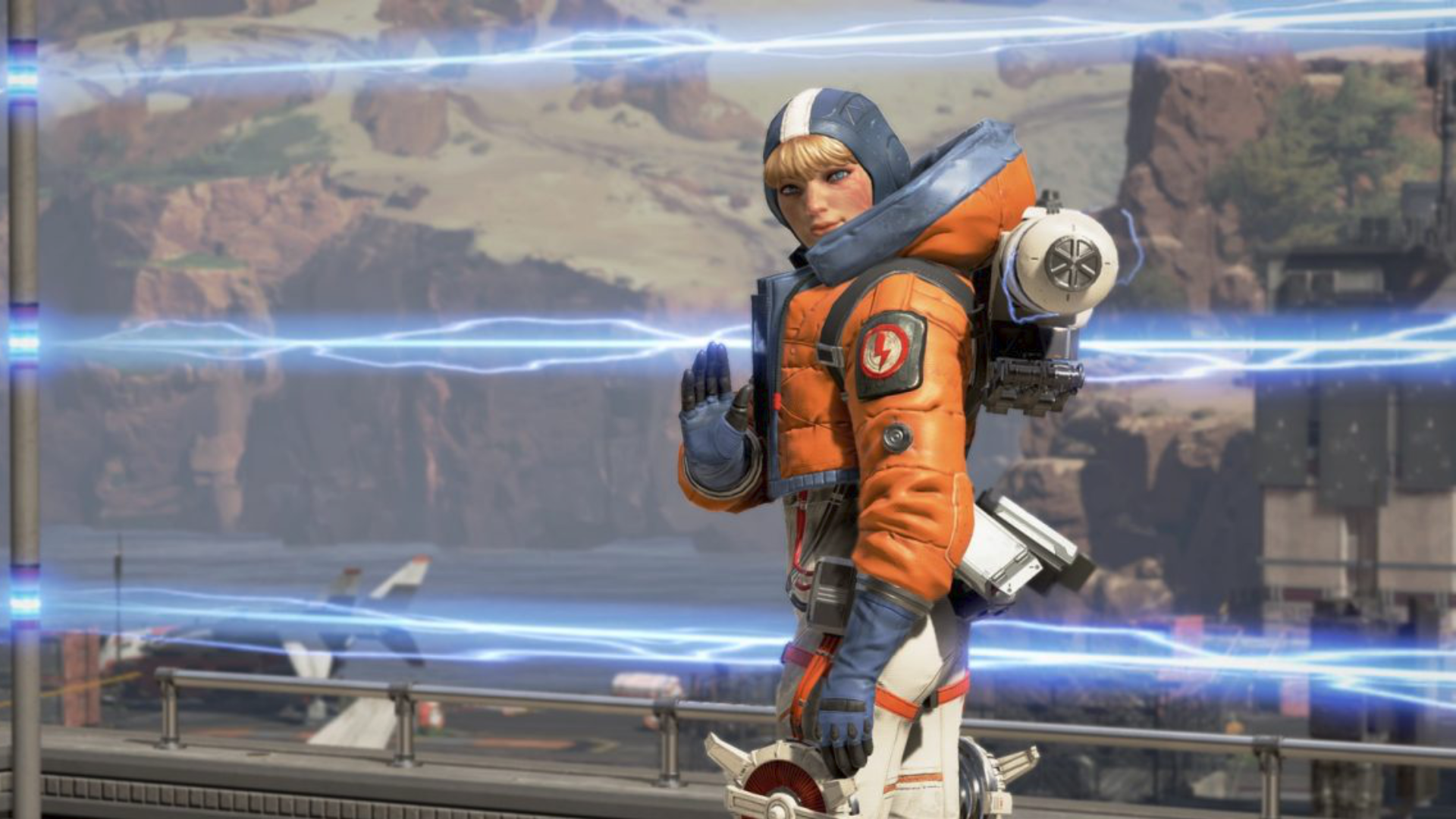 We are told that Wattson's father designed the Apex arena, and that she grew up in the dust and soil of the battlefield. What has not yet been revealed is that she inherited her French accent from a nanny who took care of her while her absentee father ran about designing bunkers and filling Skulltown with nothing but Mozambiques. Wattson reportedly loves her father, but in reality she harbours a deep resentment for his time away from home. Her co-workers have noticed a crippling fear of intimacy and are always complaining of being "fenced out". 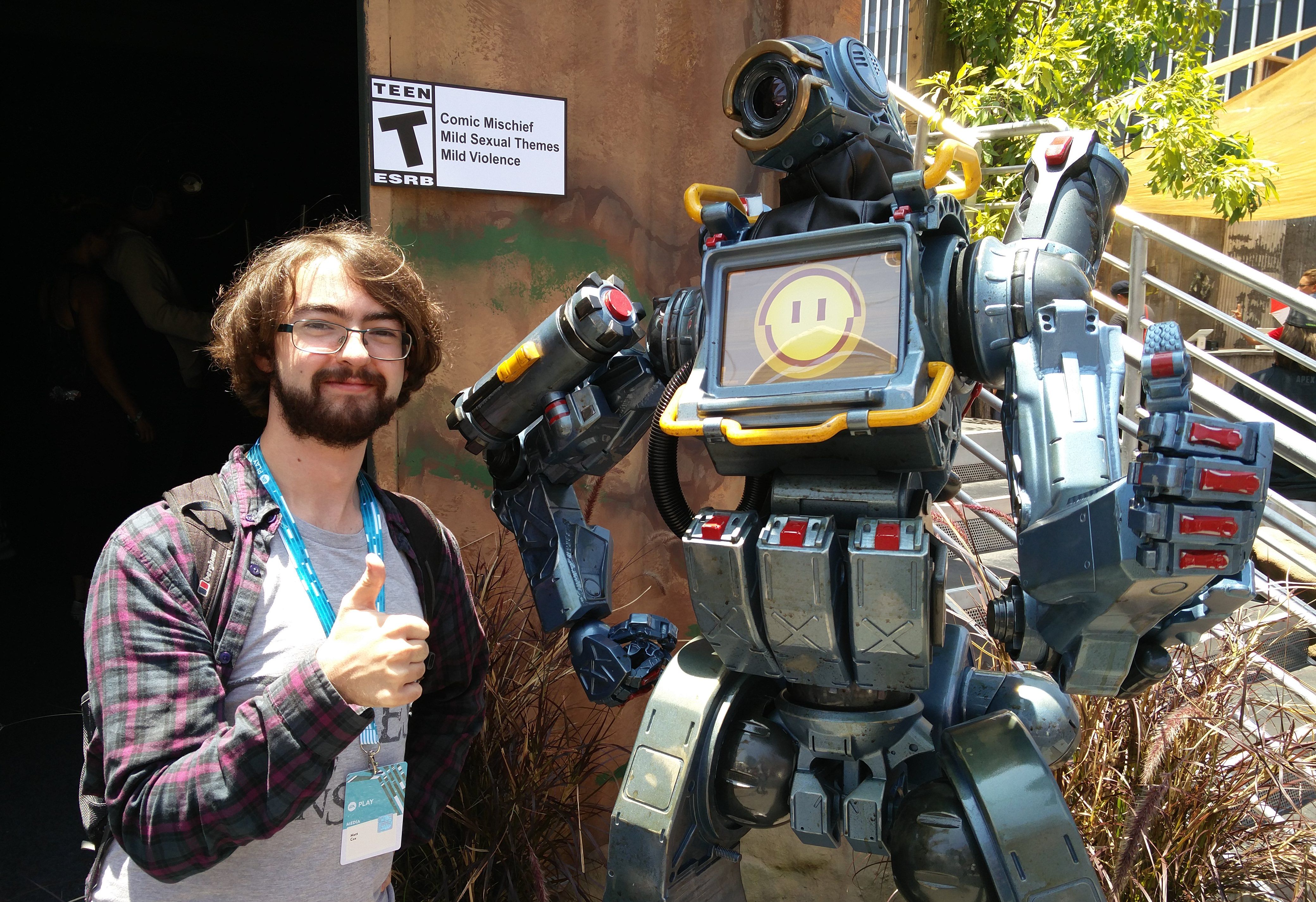 Pathfinder's metal frame and complex circuitry hides a torrent of emotion. Flickers of a sad face on his screen are caused by an internal conflict between his programmed "happy" self and a hidden legacy version of his operating system, which was deemed too sensitive for the spectator sport. Early prototypes of Pathfinder became irritable, depressed, frightened and traumatised by endless rounds of lethal warfare, so his designers updated him to a happier version. Unfortunately, they could not fully delete the underlying "sad code", which means every time you hear this robotic warrior say something gleeful, he is internally screaming with intense anxiety. Isn't that interesting! 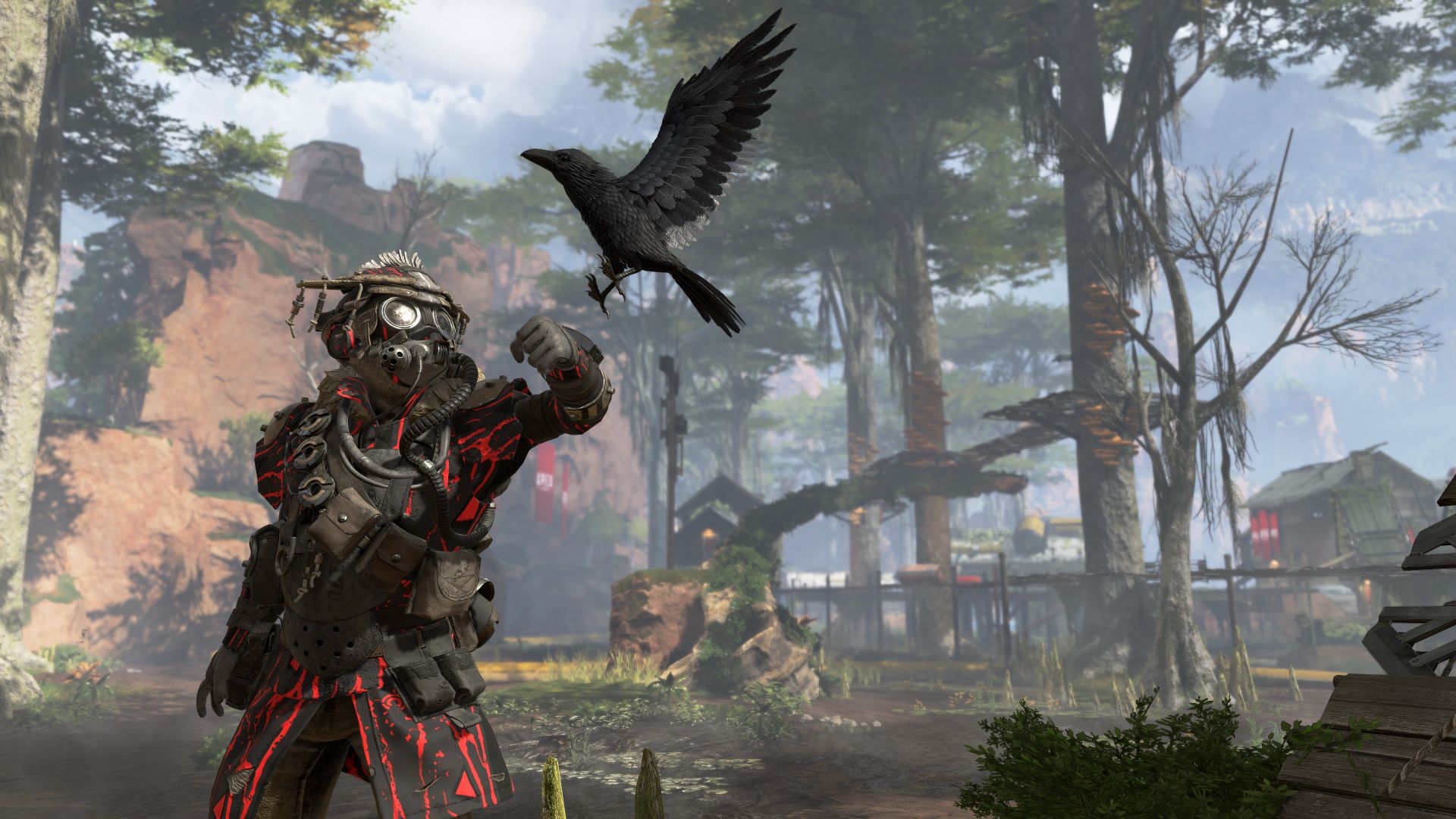 When Bloodhound came out of the womb wearing a fully functional gasmask and oxygen tank, the doctors said it was a sign of great battle prowess, and instantly enlisted the baby into a program for state-sanctioned murderers. Bloodhound's single mother was given a large sum of money and told to leave the country. Now, as an adult battle royalist, Bloodhound roams the land in search of their mother's trail. Every discarded bandage a potential clue, every boot print a muddy divet of hope. This explains why Bloodhound instantly seeks to kill all those they find at the end of their hunt. This quarry is not the soft, caring mother for which the hunter longs. It is only an imposter, and must be flayed with bullets so that the search may go on. 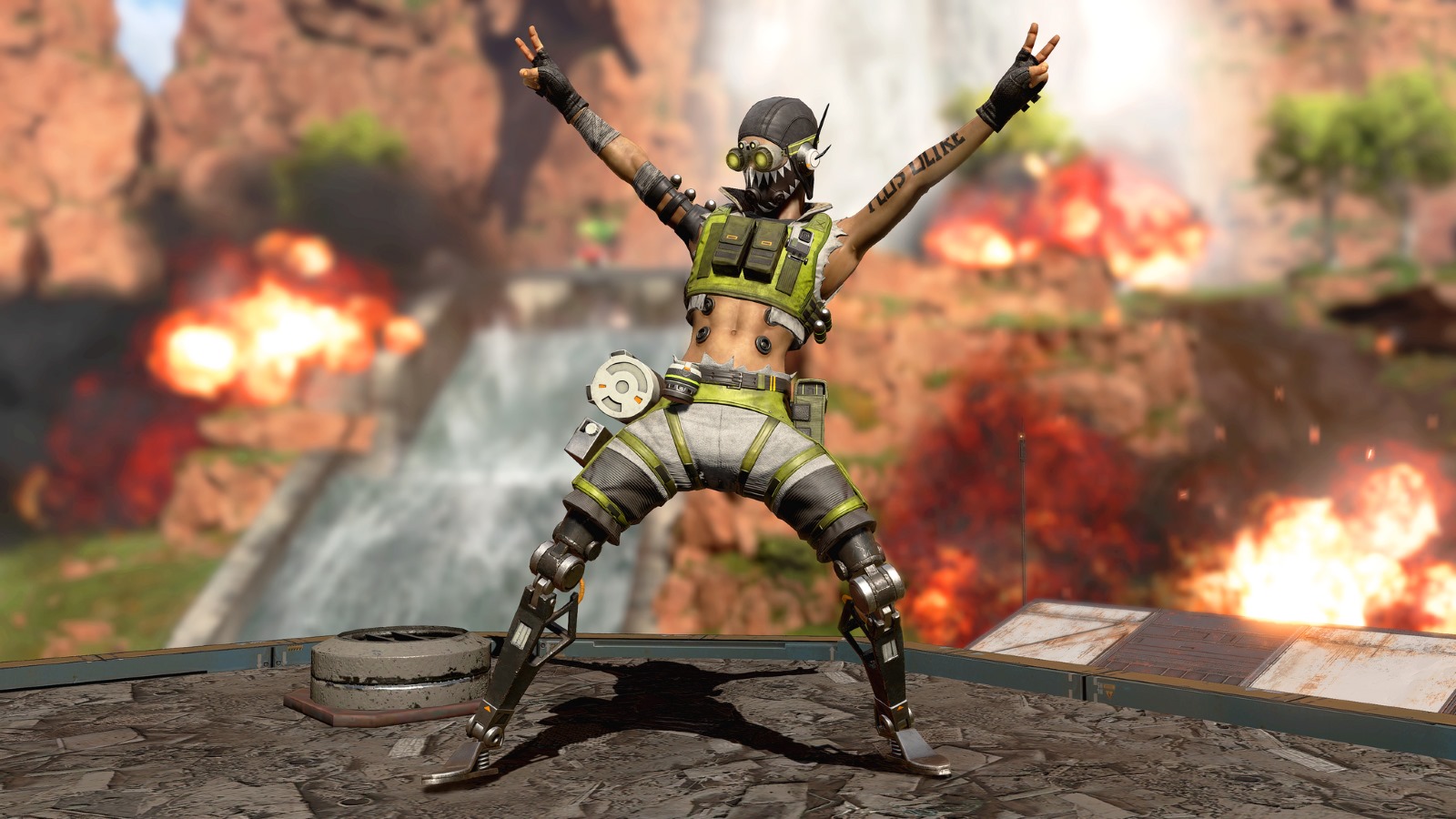 Octane blew his legs off because a YouTuber did it. This one's not a joke. 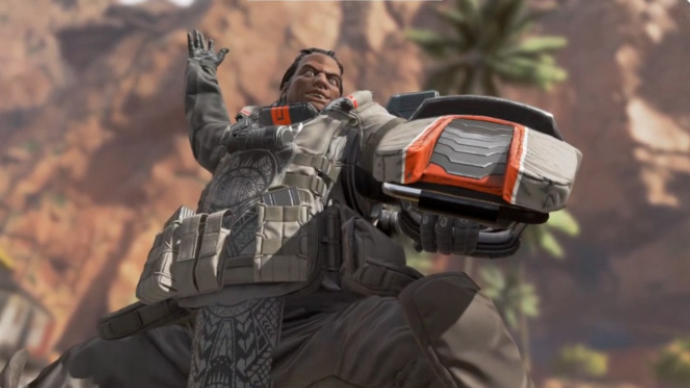 Makoa grew up in a small fishing village, where he learned physics, geology and military history from a local polymath with a strange foreign accent. But it was rugby in which the giant boy excelled. One day his teacher, Mr Smyth, vanished and Makoa set out to find the old man using his unnervingly large shoulders to barge through every problem. Eventually, he tracked Mr Smyth down to the south of Spain, where the old man stood on the coast, looking at a patch of deserted sea.

"So you have made it," he said, with a sinister tone. "It has all gone as I planned."

"Don't you get it?" said the old man, twisting around. "I have trained you for this moment. Look out there. Ever since the island of Gibraltar was bombed out of existence in the Brexit Wars, the British government has been seeking a suitable replacement."

"Yes," said the old man, ripping off his suit to reveal a set of swim shorts adorned with the British flag.

"Yes! You are the whale child upon which we shall post our navy ships in the mouth of the Mediterranean! You are our new rock! Welcome to your new life, Gibraltar!"

Makoa drowned the man and went to space to fight in the Apex games.