Bulletstorm-ish combo-chaining FPS Bright Memory - Episode 1 launched into early access on Steam over the weekend, and praise for the short, budget-priced game spread quickly. While it's still unfinished and a bit patchy, it's easy to see why people are impressed. Some rough edges aside, Bright Memory has the look and feel of a high-budget shooter, but is the part-time work of solo developer "FYQD", voices and music aside. It's also bloody good fun, feeling like a first-person Devil May Cry as you juggle monsters in the air with gun and sword. See the launch trailer below.

Getting complaints out of the way first, the current early access build of Bright Memory - Episode 1 is short, just under an hour long. It has some bugs, like scripting to activate the next phase of a fight sometimes failing. The translation from Chinese is borderline unintelligible sometimes, although I doubt the story would be much cop even if I could understand what anyone was talking about. The whole thing feels like a convoluted excuse for a bunch of sci-fi super-soldiers to travel to the world of Dark Souls (lampshaded by a cheeky easter egg) and shoot a lot of monsters and undead, occasionally hunting for treasures that look like they've fallen straight out of a new Tomb Raider game.

It's very hard to care that the story is nonsense when I just levitated three goblins into the air, electro-grappled onto one of them to pull me into the sky, sliced them all into chunks with my lightsaber then hovered in midair by unloading my assault rifle into a giant fire-breathing wolf below. Bright Memory's combat is sometimes messy and flailing, but with a little practice, I found I could dash-step past most attacks and pummel my enemies with a constant rotation of sci-fi superpowers and firearms. While not especially hard, it's deeply satisfying to keep a combo going and enemies helplessly juggled in the air.

Your powers - seven of them in the current version once all unlocked - all operate on separate cooldown timers, the shortest being every seven seconds and the longest being 45. It's not hard to cycle between your special attacks constantly, and switching weapons became part of that rhythm once I realised that fully expended guns are automatically reloaded when switched away from and back to. I like to fully unload my assault rifle in mid-air to give some floaty air-time and boost my score combo, then switch to the automatic shotgun to pummel the enemy I land next to. 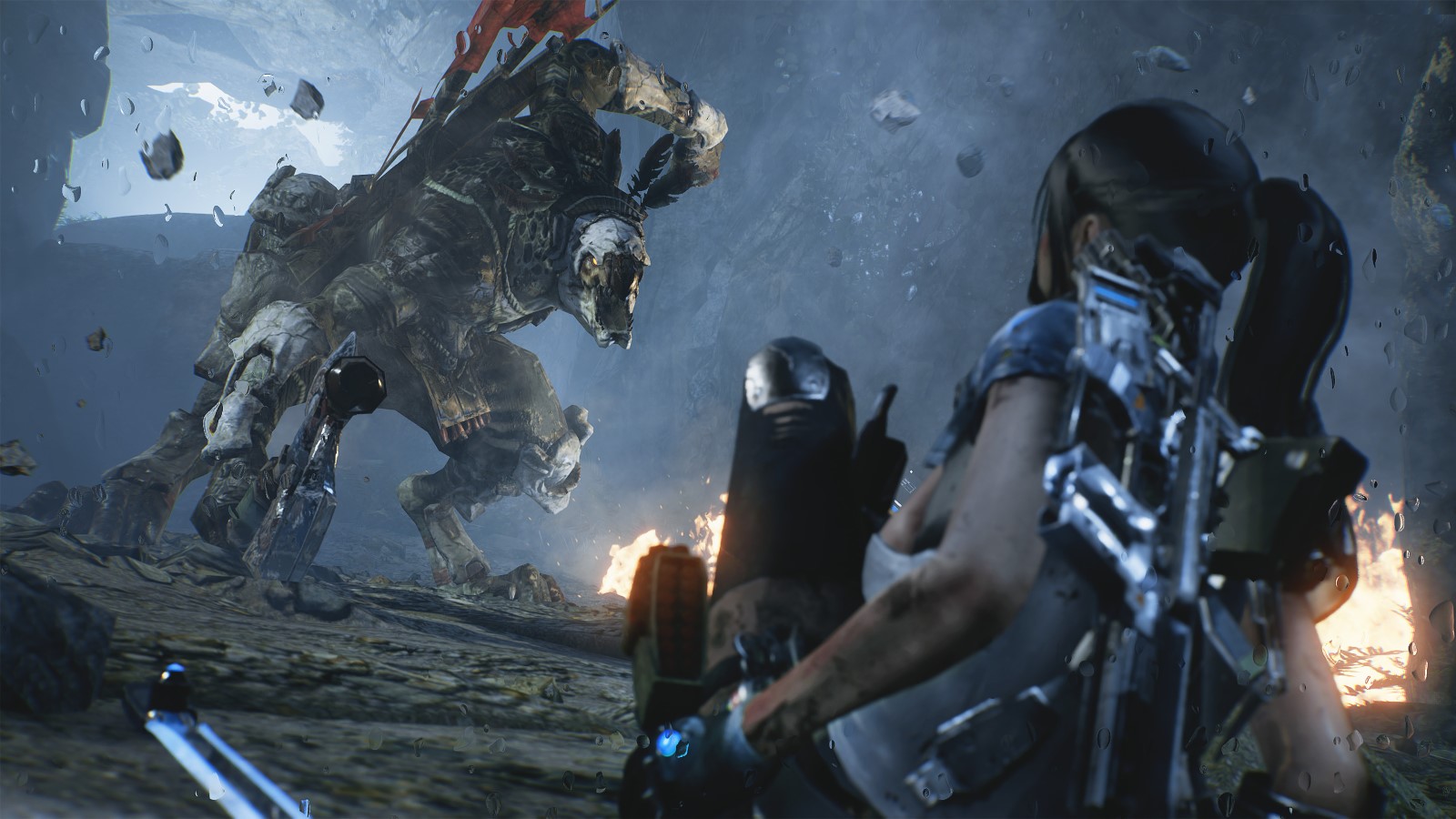 The current release is short but replayable, although I do wish there was some kind of endless arena/survival mode given its focus on scoring. There's a dozen or so fights here and two boss battles, with two New Game+ loops with slightly tougher combat and the opportunity to unlock every character upgrade. FYQD hopes to finish development on episode 1 by the end of the year, extending it another two hours. There's more guns, more monsters and some new character upgrades like a forward slide move planned too. Further polish and bug-fixes are a given, of course. There are plans to raise the price by launch, and (if all goes to plan), further episodes due out over the next couple years.