Fancy a 1v1 match on Shipment? Of course not. Duels to the death are played out and boring. Subscribing to the view that bigger is indeed always better, Call Of Duty: Modern Warfare has brought back its 10v10 Shipment playlist. After briefly appearing as an April Fool's jab, Infinity Ward have decided to make 20-player brawls on the game's teeniest, tiniest map a more permanent fixture.

As Eurogamer report, 10v10 Shipment made a sneaky return in a small Modern Warfare update pushed last night - replacing the more reasonably-scaled Shipment 24/7 playlist, with the tagline "Call of Duty players only want one thing... and it's disgusting."

Shipment, in case you're unfamiliar, was not built to handle 20 players running and gunning about the place. It's a microscopic arena - a handful of containers laid out at right angles, in a layout drawing heavily from Counter Strike's infamous fy_iceworld. If anything, 10v10's overcrowded map only pushes it closer to iceworld's familiar bloodbath. 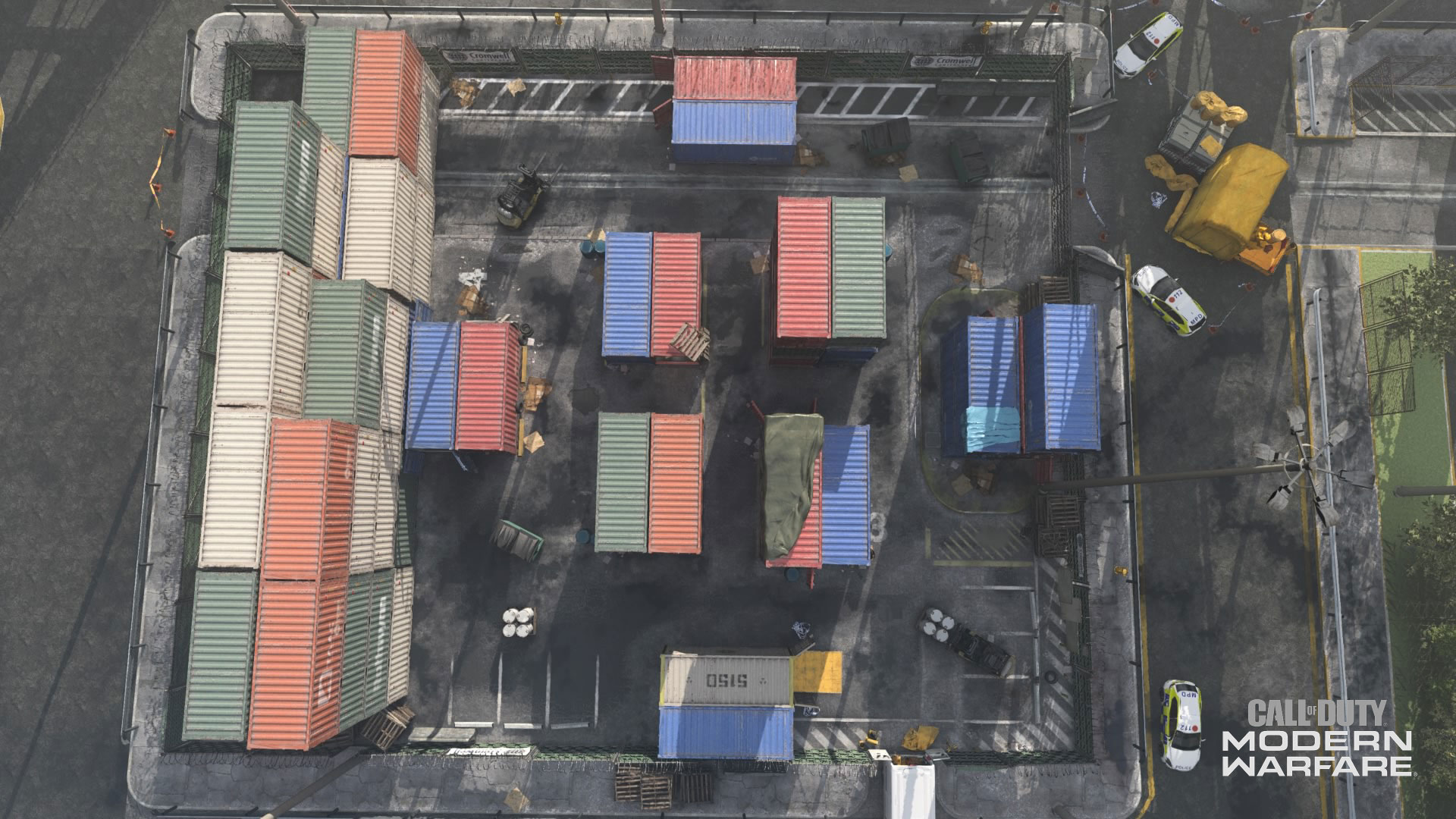 From the sounds of it, it's a nightmare. A fun nightmare, at least, one where avoiding an instant death becomes a real accomplishment, nevermind farming enough points to call in one of Modern Warfare's Juggernaught kill-streak rewards. As a welcome side-effect, the rate at which bodies are churned through in 10v10 has also made it a convenient levelling tool, for those who manage to stay alive long enough to rack up the kills.

Given the ease at which Shipyard 24/7 was swapped out, don't expect 10v10 to last forever. But it's fun enough seeing the devs run with the ridiculous in bringing back a goofy, slaughterhouse gamemode.

Last night's update also brought helicopters back to Call Of Duty: Warzone, after their disgraceful removal earlier this week. Sure, folk were glitching under the map, and that was a problem. But Warzone was a hollow shell without its murderous metal birds. Thankfully, that means Matt and Nate can now resume their disastrous helicopters-only Warzone runs.