AMD kicked off their CES 2020 press conference with some big promises last night. Not only are they calling their upcoming Radeon RX 5600 XT GPU the "ultimate 1080p graphics card", but they're also hoping their new set of 3rd Gen Ryzen 4000 mobile CPUs will be "the best laptop processors ever built".

Those are fighting words considering AMD have always been a bit of an underdog in the laptop CPU space, but with a renewed focus on power efficiency, graphics performance and single-threaded performance for regular desktop tasks, these 7nm chips could end up making quite a dent on their Intel competition. Here's what you need to know.

AMD announced seven new 3rd Gen Ryzen 4000 mobile CPUs at CES, and all of them have been built using AMD's new Zen 2 core architecture and 7nm manufacturing process. For the complete set of Ryzen 4000 CPU specs, have a glance at the table below.

The majority of them are destined for ultra-thin laptops - the ones with a U on the end. All of them still have integrated Radeon Vega graphics for a bit of light gaming, but you're probably not going to manage much more than the odd 2D indie game on them.

The two Ryzen 4000 H-series CPUs, on the other hand, will form the basis of AMD's 2020 gaming laptops. AMD are promising desktop-class performance with this pair of CPUs, bringing you all the clout you need to get stuff done in an efficient, mobile form factor. Indeed, the Ryzen 7 4800H (which is going to sit at the heart of the upcoming Asus ROG Zephyrus G14 laptop) has apparently been designed to handle "the most demanding content creation and gaming workloads out there", according to AMD, and there were plenty of figures on show during AMD's CES press conference to help drive that point home. 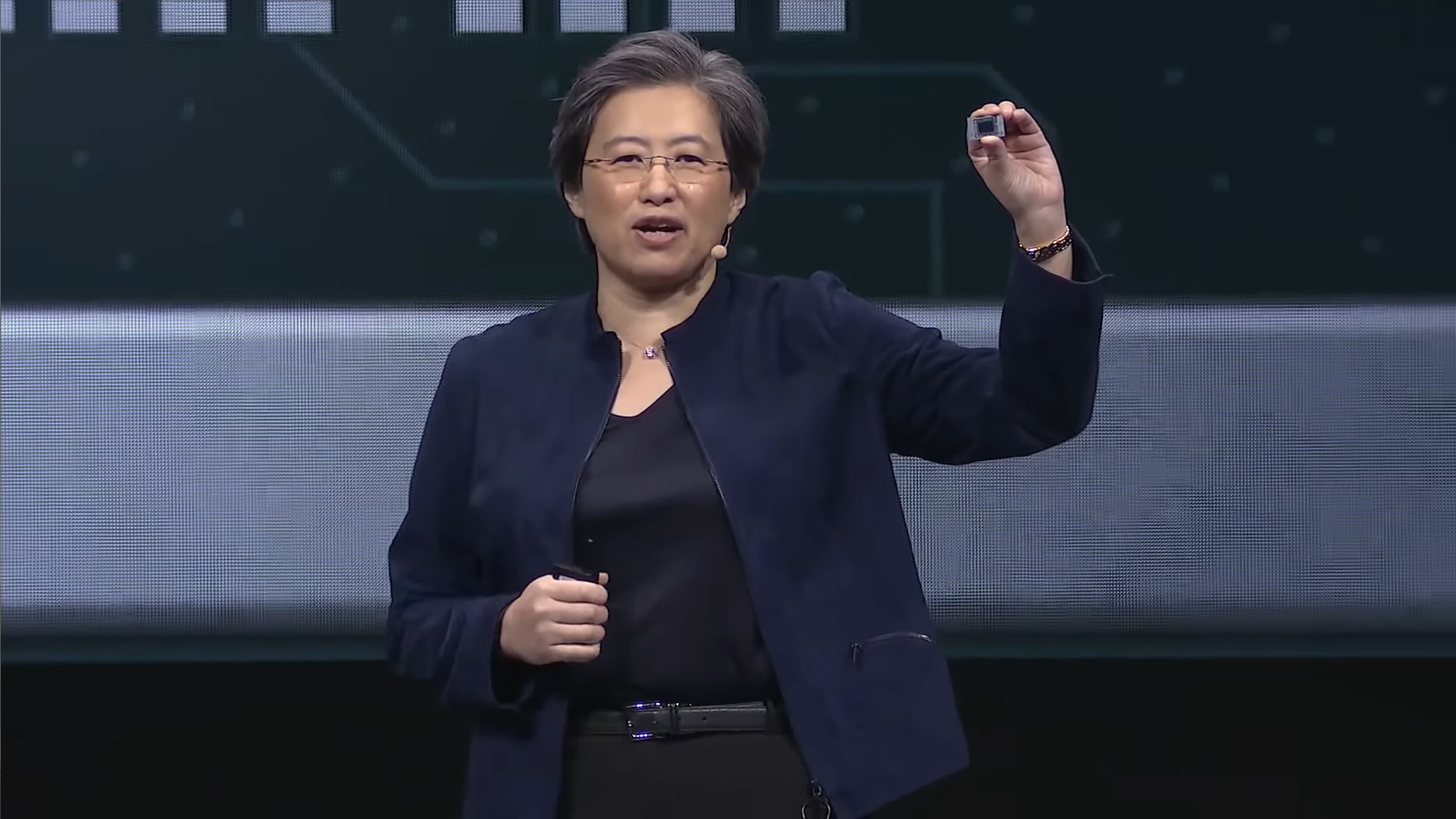 You probably won't notice that 5% gain on single-threaded performance day-to-day, but throw in that superior multi-threaded performance for tasks such as video or photo editing and AMD's laptop offering starts to look pretty attractive if you spend a lot of time doing creative media bits and bobs.

AMD's Ryzen 4000 CPUs are also a lot more power efficient than their previous generation of 12nm laptop CPUs, which should have a big knock-on effect for laptop battery life. Indeed, the Zephyrus G14 is touted to have a battery life of around 10 hours, which is pretty rare for a gaming-oriented laptop. Obviously, you're not going to get 10 hours of gaming done on it, but the fact it's got enough stamina to do some actual work on it (and it's small enough that you'll actually want to carry it around all day) as well as play games when you get back to a plug is exactly what I've always wanted from a gaming laptop.

A large part of that improved power efficiency has come about simply by moving to their new 7nm manufacturing process, but AMD also talked about a brand-new featured called SmartShift that aims to optimise their CPUs even further. Building on their know-how from their years of making APUs, SmartShift allows a device to shift power dynamically between its CPU and discrete GPU to help boost performance. If you're doing something particularly CPU-intensive, for example, it will put more power into the CPU, and if you're playing games, more power will be given over to your laptop's GPU.

This allows for a performance increase of up to 10% in games and up to 12% in content creation, according to AMD, and it apparently does it so fast within the operating system that it actually saves power compared to an architecture that doesn't have SmartShift built in. Of course, I'll have to wait until laptop review samples are available before I can see how much of a difference it makes in practice, but as you can see from AMD's initial results from The Division 2 above, it might just be the thing to help push games across that steady 60fps line rather than occasionally dipping below it.

At the moment, though, it looks like you'll need a laptop with both an AMD CPU and AMD GPU to take advantage of it, which isn't wholly surprising but almost certainly rules out it being available on the aforementioned Asus ROG Zephyrus G14. Instead, the Dell G5 SE will be the first laptop to feature AMD's SmartShift, as that comes with the mobile version of AMD's new RX 5600 GPU, the Radeon RX 5600M. 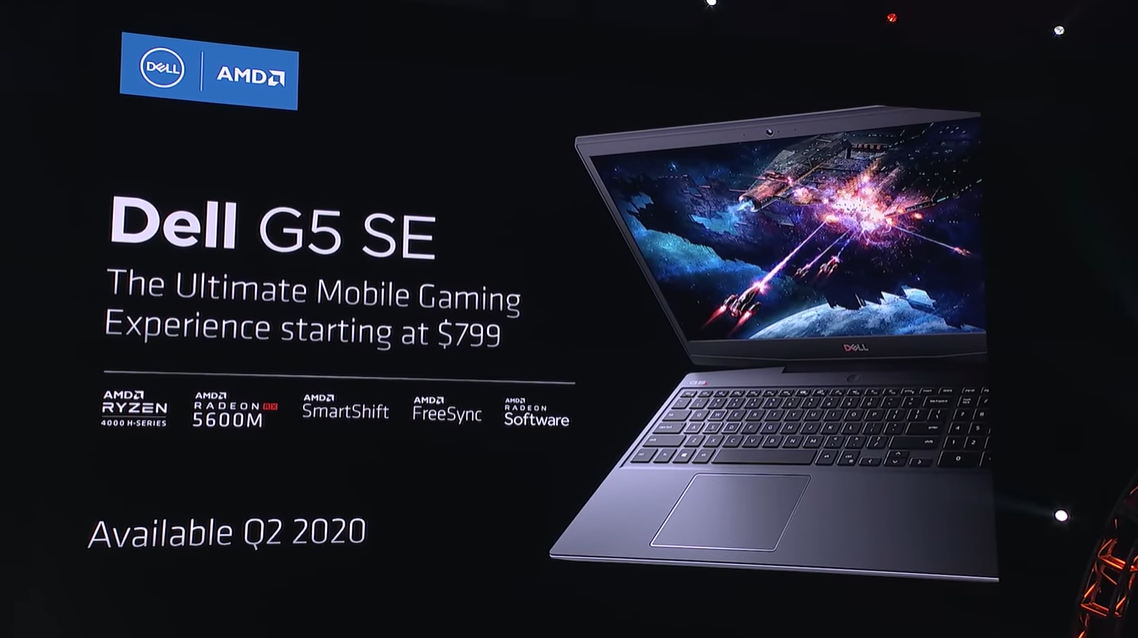 The G5 SE will also come with a feature that lets you see SmartShift operating in real-time, as well as a special power profile that's been designed to really make the most of the laptop's available battery life while gaming. This will be available a bit later than the G14 - sometime between April and June, according to AMD - but the good news is that it's probably going to be a lot cheaper than its Asus counterpart, as prices are set to start at a much more palatable $799.

Personally, I'm most looking forward to the Zephyrus G14, but provided Dell stick a decent screen on the G5 SE (which was one of the main sticking points I had with one of their older Inspiron G5 15 models from 2018), that too could be one to watch if you're after a decent entry-level gaming laptop that doesn't cost the earth.