If you click on a link and make a purchase we may receive a small commission. Read our editorial policy.
Premature Evaluation is the weekly column in which Steve Hogarty explores the wilds of early access. This week he's succumbed to radiation sickness, so we sent Matt to Chernobylite instead.

Chernobylite, right, is what's known as a technogenic compound. We found bits of the "lava-like glassy material" in the ruins of the Chernobyl powerplant after it exploded, slopped into a continually melting, still hot structure called the Elephant's Foot. Wikipedia informs me it is a "crystalline zirconium silicate with a high (up to 10%) content of uranium as a solid solution". What horrors man hath wrought.

Chernobylite is also a videogame about slinking through segmented recreations of the real world's exclusion zone, completing missions while being harangued by the ghost of your dead wife and avoiding monsters that are clawing their way out of spacetime. I wish I found all this half as interesting as it sounds. Or as tenth as interesting as accidental radioactive lava glass.

Chernobylite's problem is largely one of execution rather than concept. Arduously recreating scenes of real-life suffering from relatively recent memory does sit a little uneasily with me, especially given Chernobylite's often clumsy attempts to reach for an irreverent tone over a sincere one. But this sort of thing needs a big complex discussion that I don't want to get bogged down in, because like I say, it's no dealbreaker. The game is perfectly capable of breaking independently. 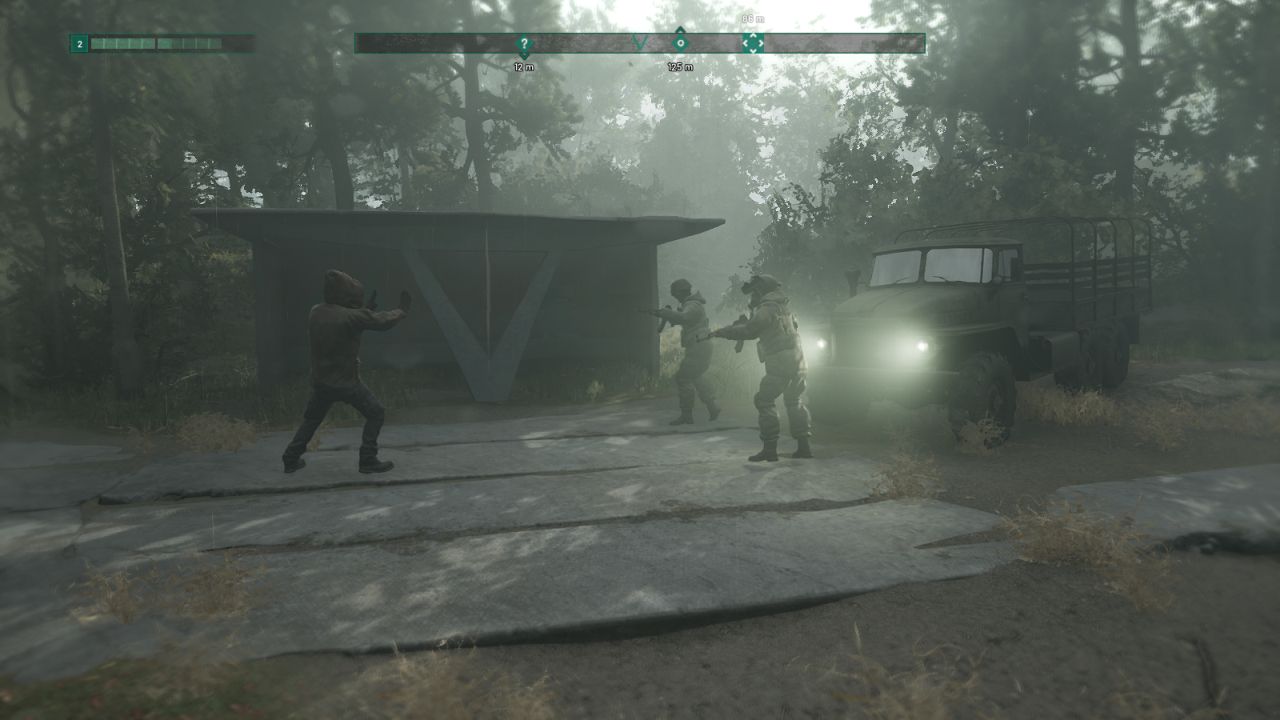 I mean that literally, sometimes. Once, when my hasty attempts to sneak into a ruined building brought me face to face with a hostile soldier, he gazed obliviously and directly at my face. Another time, one saw me through a wall. When you can't rely on fundamental interactions like that working properly, in what's meant to be primarily a stealth game, you're in trouble. But hey, this is early access - that shit might get sorted. Even so, it's hard for me to imagine a finished version of Chernobylite that I'd enjoy.

The writing is naff, for a start. You're a scientific genius attempting to track down your wife, many years after she vanished in Chernobyl's exclusion zone. Said wife -- or at least, something that looks like her -- appears as a ghost that whispers tripe in your ear about the life you've both lost, like reminiscing about cooking together while you, in the miserable present, squat over a woodland fireplace and stew some herbs. It's all very b-movie, but in a way that takes itself too seriously to be any fun. It clearly wants this plight to resonate emotionally, but constantly undermines that with hamfisted lines and clunky delivery. It doesn't help that some missions strike the tonal opposite, featuring spy spoofs and hokey daredevil mavericks. 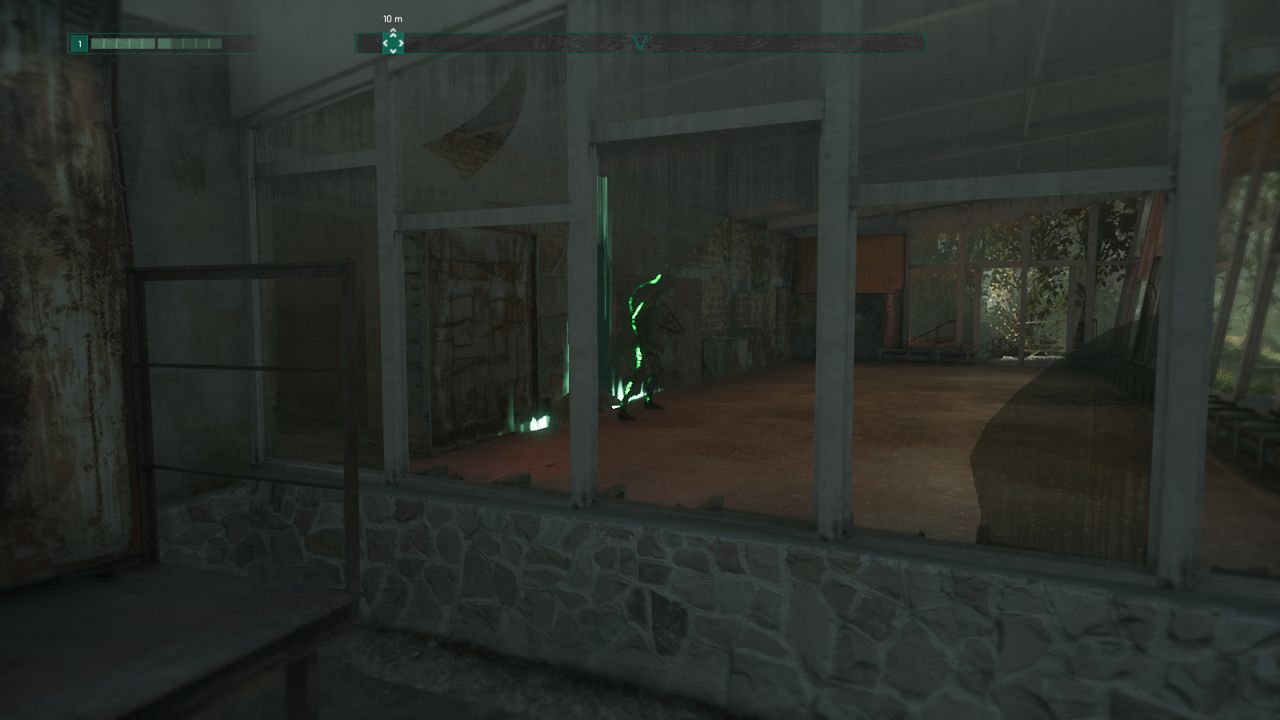 Each day, you pick a mission from one of three locations -- but Chernobylite has survival elements too, so if you're really beaten up you might instead choose to automatically salvage a fridge, or else head out into a location and simply scrounge for resources before returning to camp. Resources might mean food, which you constantly need to keep an eye out for if you want a meal that night. You can also send followers out to complete missions, and I think not bothering to feed my first one might have had something to do with him abandoning me. That, and me never handing over a medkit to fix his broken arm.

You also gather resources to craft healing supplies, as well as 'chemicals' and 'flammables' for rudimentary base building. There are benches that let you craft more advanced drugs, and stuff like mattresses and tables that have some sort of impact on the well being of your followers. I planted a herb garden, but couldn't figure out if it was possible to harvest anything from it. As with many of Chernobylite's other ideas, their current implementation has the air of the inconsequential. 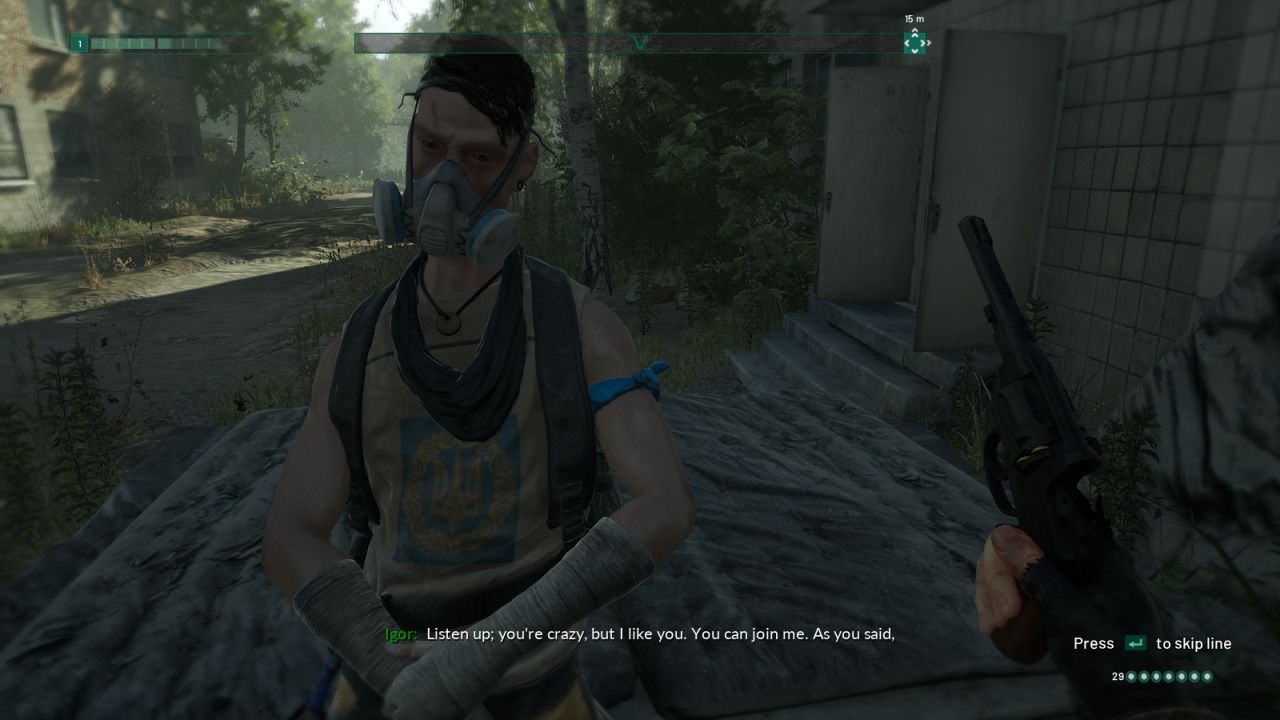 The actual missions are similarly lacklustre. They typically involve sneaking into a place, meeting an unconvincing 'oddball' type, then sneaking somewhere else. Doing this through the same environments, and sometimes the exact same building, gets old very quickly. I might feel differently if this was a pleasantly unpleasant world to occupy, as with the Stalker games Chernobylite seeks to emulate, but that clunkiness I mentioned earlier is all pervading. Spacetime monsters fail to instil fear when they judder about this unconvincingly, and when shooting them feels limp and lifeless. The same goes for every fight, largely because shooting enemies makes them jolt backwards like primitive animatronics. 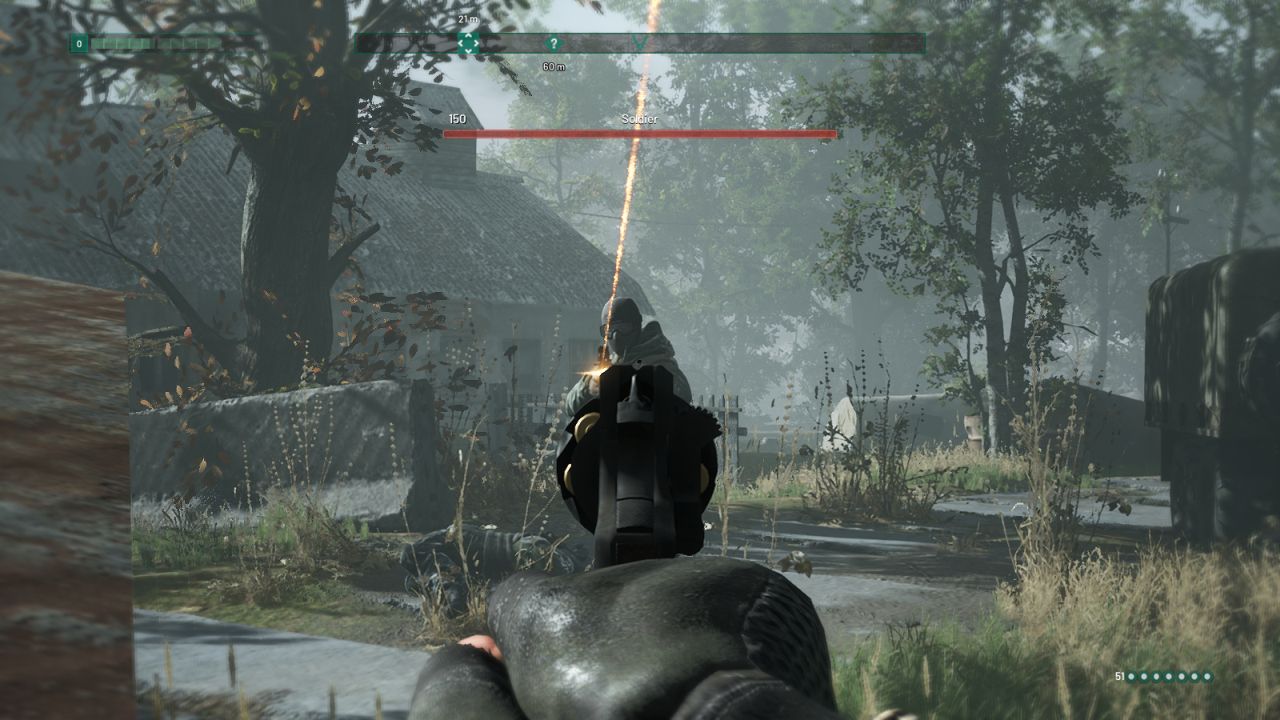 I'm aware my clunk tolerance is low. I'm incapable of overlooking jank when it suspends my suspension of disbelief, and that's a particularly big problem when atmosphere is supposed to be the main selling point. Clunkiness reminds me I am sat in a comfortable office chair in Brighton rather than struggling to survive in an irradiated hellzone.

Chernobylite is clunky on every front, from its writing to its shooting to its currently listless survival elements. I suspect it is unclunkable.